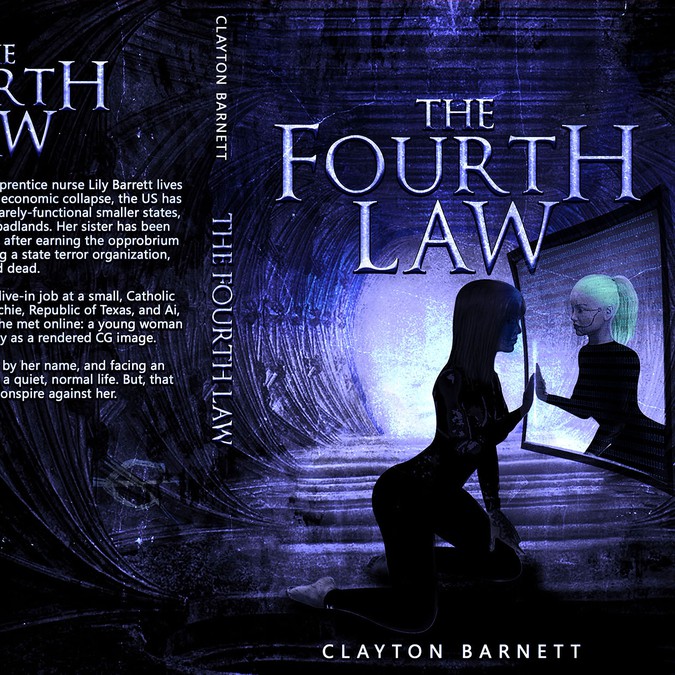 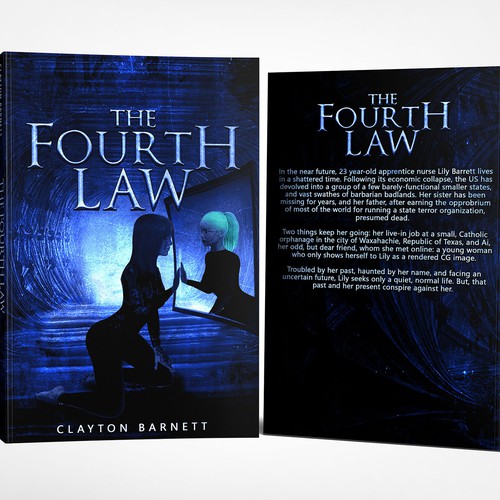 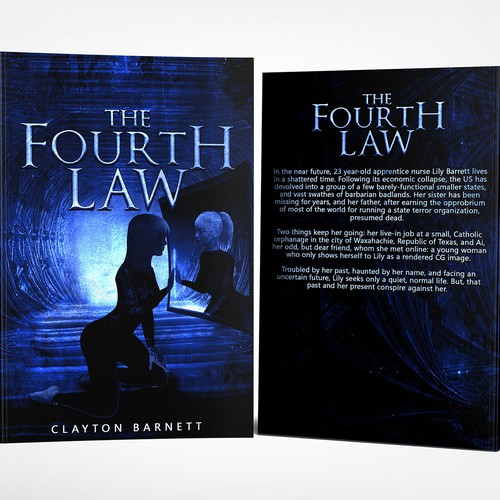 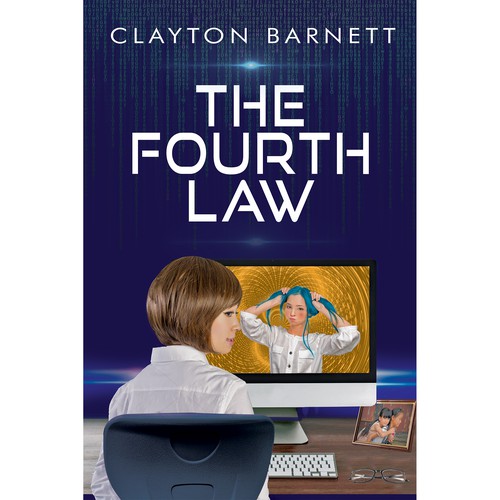 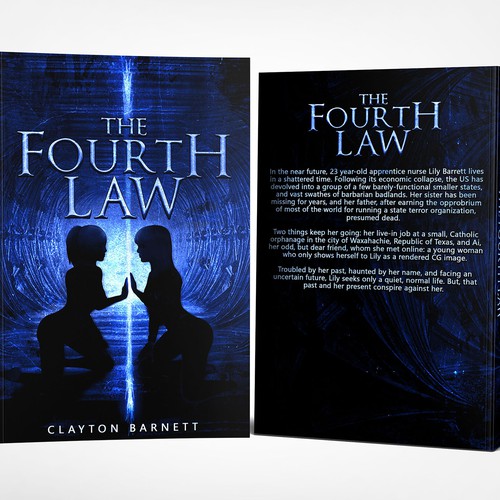 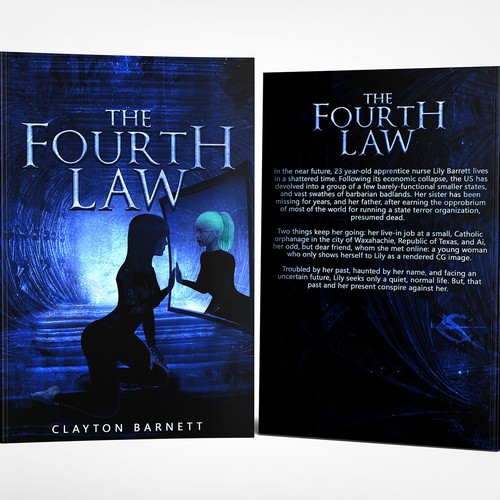 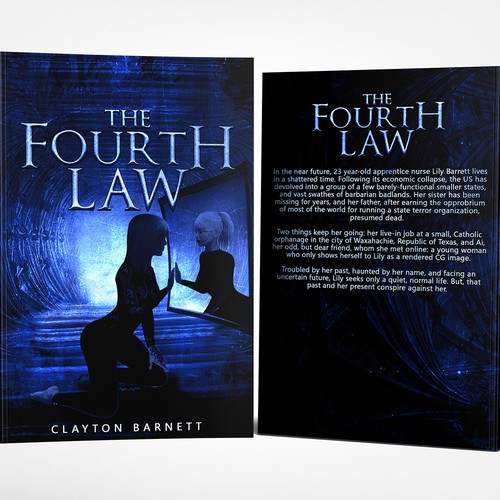 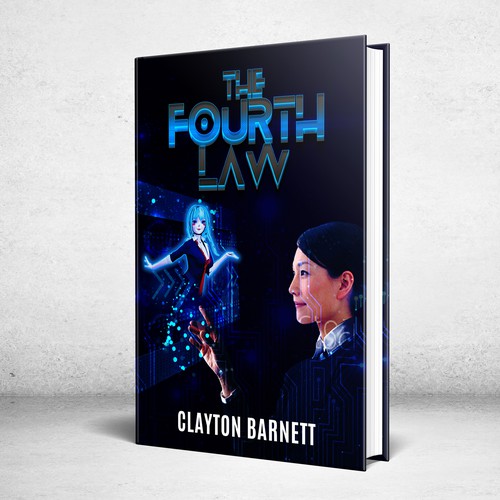 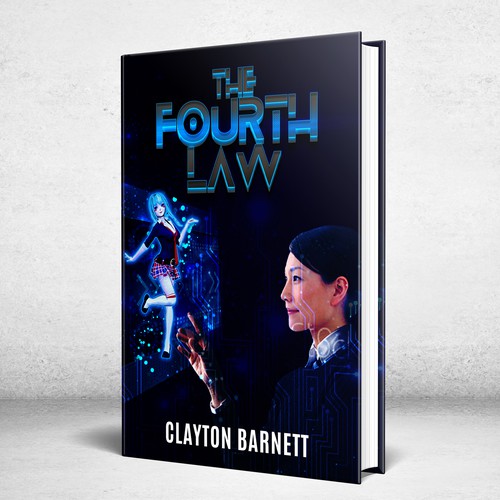 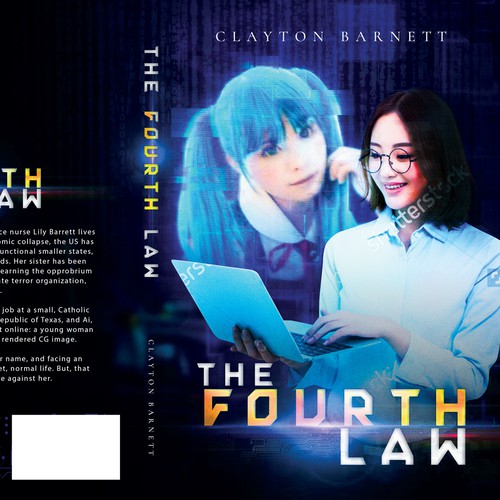 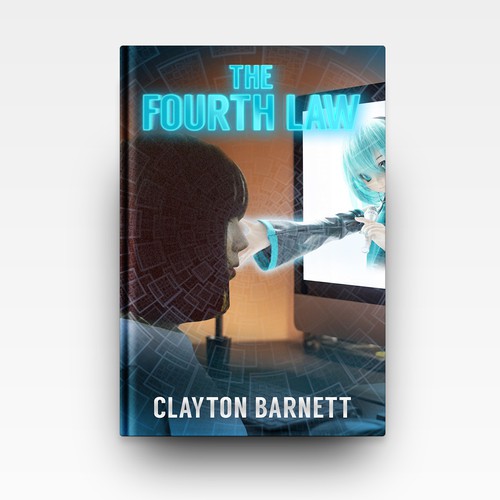 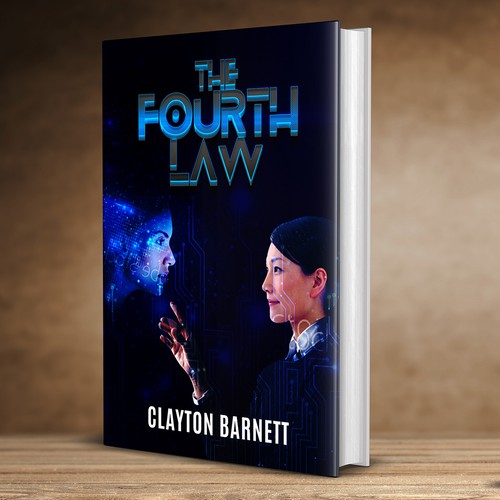 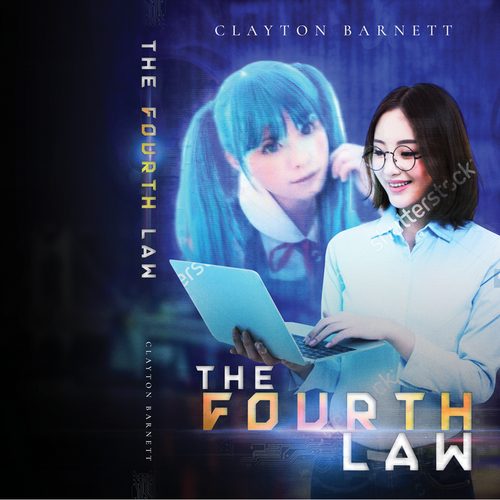 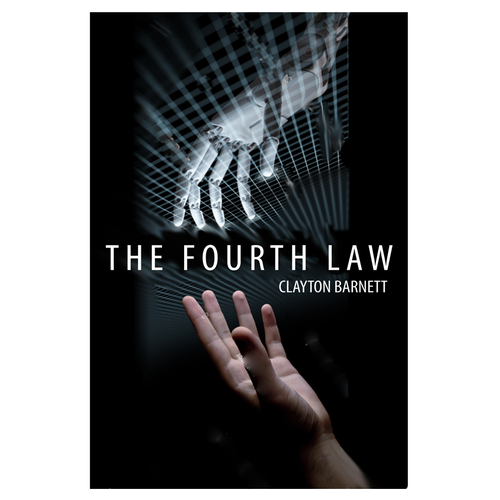 One time engineer, some time pharmacy technician, full time husband and father, Clayton Barnett stumbled into writing a traditional novel during National Novel Writing Month in 2014. Liking the results, he edited what would become “The Fourth Law” and set about teaching himself self-publishing. In July of 2015, he released a sequel entitled “Echoes of Family Lost,” in what is now called his Machine Civilization series. He has since completed a children's book and two more novels. Clayton Barnett lives in central Ohio with his wife, two daughter, and two dogs.

In the near future, 23 year-old apprentice nurse Lily Barrett lives in a shattered time. Following its economic collapse, the US has devolved into a group of a few barely-functional smaller states, and vast swathes of barbarian badlands. Her sister has been missing for years, and her father, after earning the opprobrium of most of the world for running a state terror organization, presumed dead.

Two things keep her going: her live-in job at a small, Catholic orphanage in the city of Waxahachie, Republic of Texas, and Ai, her odd, but dear friend, whom she met online: a young woman who only shows herself to Lily as a rendered CG image.

Troubled by her past, haunted by her name, and facing an uncertain future, Lily seeks only a quiet, normal life. But, that past and her present conspire against her.

Those with interest in relationships, science fiction, and artificial intelligence.

For reference, please see the image of the current cover. Also included is an old image that first led to the story's creation. I desire a new cover that is more 'natural/human' looking than the current drawn version. Please see the covers of my other novels for more insight into what I'm looking for ('Echoes of Family Lost' and 'Cursed Hearts').

I've always liked the notion of human Lily reaching out to her AI friend, Ai, separated only by a thin line of LCD. Lily is a 23 year-old Han Chinese girl with shorter hair and glasses. I saw Ai as a cross between Hatsune Miku and Takao (from 'Arpeggio of the Blue Steel'). As another reference, I've included a scan of how my children's book illustrator saw them.

This story is - with a few exceptions - about two friends and the growing relationship between them. So, the "mood," if you will of the design should reflect that happiness (unlike, say, the impending doom implied by the cover of 'Cursed Hearts.'

Minnesota Cabin scene to appeal to women who like love stories
399 $
Female, USA, 18-50
142
entries
27
Designer
Mind blowing cover for a business and money title
199 US$
Most people reading the book are experiencing some financial strain. These readers are seeking practical advice on rest
79
entries
14
diseñadores
The Garden of Shadows and Bones
10 099 $MX
My books are geared towards New Adult. They are mainly about dark fantasy with witches and magic.
62
entries
24
designer graphistes
Veteran needing patriotic design for new book
US$ 299
A book for political enthusiasts, history buffs and anyone interested in a serious look into American politics that won'
58
entries
13
designers
The Stack Tester Diaries
GBP 239
Family
38
entries
14
diseñadores
Design a rustic book cover for an international mystery/thriller!
CA$ 669
Adults interested in mysteries, thrillers, noir, international adventure and travel
134
entries
32
Designer