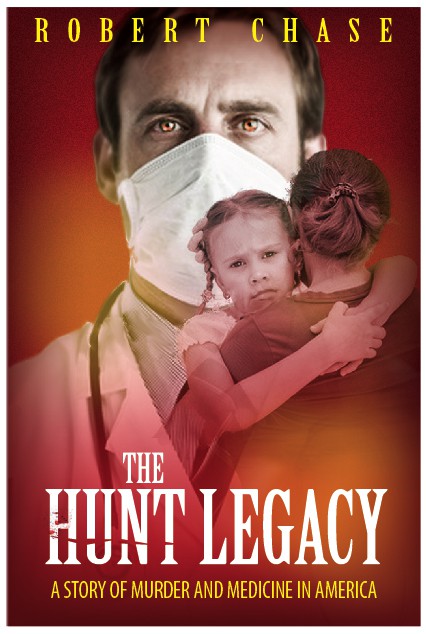 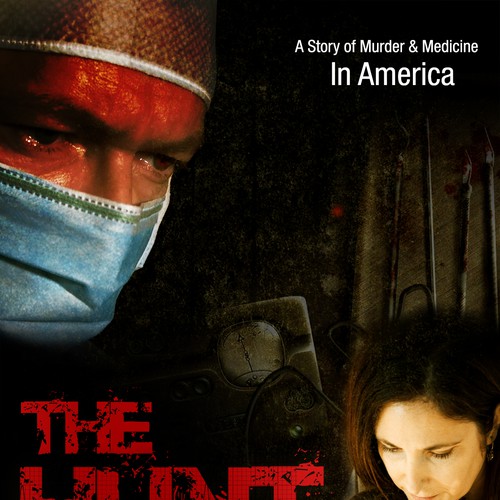 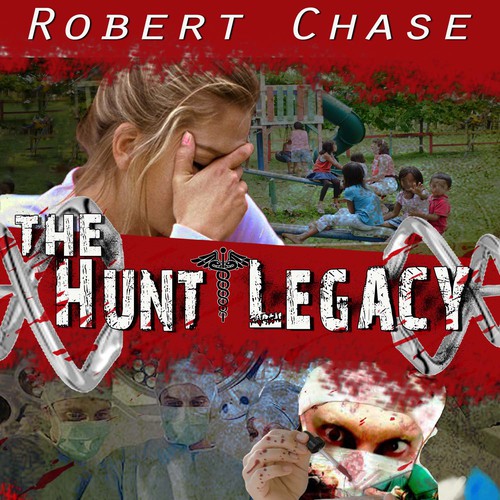 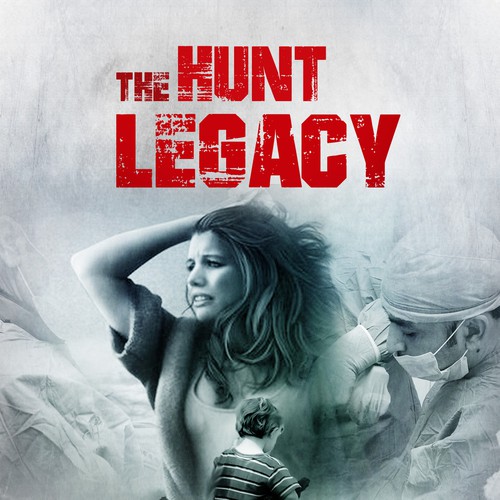 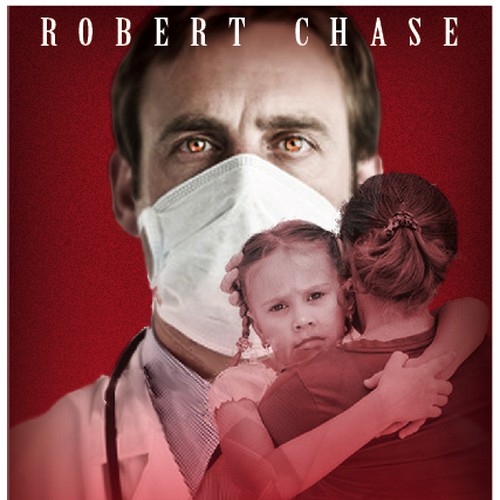 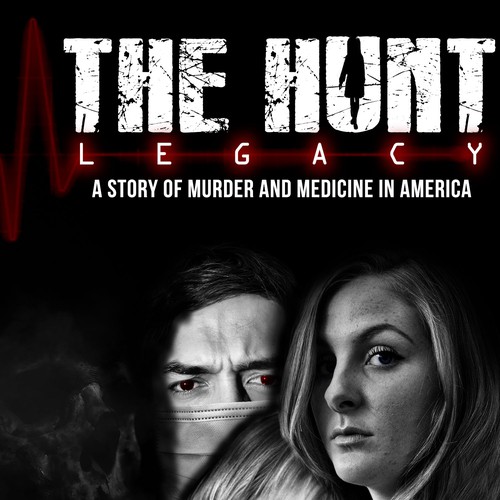 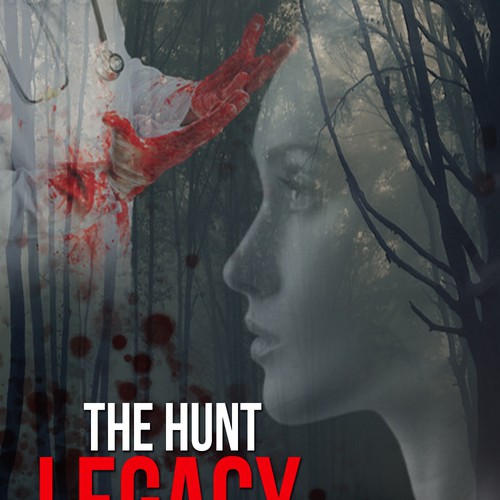 sell this book to adults

a front book cover for an E-book jpeg format

for the cover: Placement, color, and size of text are up to the cover
artist

title: THE HUNT LEGACY
subtitle: A Story of Murder and Medicine in America
author: Robert Chase

description for websites and cover artists:

Melinda Hunt is a stranger in a strange land after her husband, the
local newspaper publisher, is murdered. The Doctors of Ramseur
County–the men and women we put the most trust in–did it! Should
Melinda take her young twins home to South Florida or take over the
Ramseur News & Report and continue Peter Hunt’s crusade to clean up
Ramseur County’s health care? The doctors want her to leave town;
Melinda’s mother, Esther, wants her daughter to come home too.
What would you do, go home to Mom?
THE HUNT LEGACY is a violent thriller set in the Carolina Piedmont.
Melinda confronts the systemic, dark side of medicine in America.
She also has to deal with a sociopathic killer and his ghoulish sense
of humor. Ultimately, this is a story about a woman who calls on all
her energy to meet several very dangerous threats to her family and
her community.

Prologue for The Hunt Legacy

Melinda Hunt looked at the open grave and wondered why she couldn’t
cry. Little Petey and Sarah, her twins–sitting on each side of
her–were both wiping tears from their puffy, red cheeks as the
coffin was about to be lowered into the ground. The golden retrievers
were both sitting in front of the children, their moods also somber.
Stan turned to lick Petey’s bare knee. The dogs always know
what’s
going on, Melinda thought. Then Mel realized her anger, her hatred
for
the doctors, was holding back her tears. She caressed a dry cheek.
“I don’t want my daddy to be dead,” Petey screamed, and Mel put
her arms around her son and tightly hugged Petey as he cried.
Sarah stood to stare at the wooden box, for just an extra second, as
it was lowered into the ground. She was a precocious child, too
mature
for her brief eight years. A bright mind and a determined ego were
the
ways her third-grade teacher put it. Sarah gritted her teeth and
squeezed Mel’s hand to the point of pain. “Mommy, what are you
gonna do about the people that killed Daddy?”
Mel looked around at the Hunt Family Farm, where they had lived for
only five months. It was a sunny spring day, too nice for a burial.
Young corn was growing all around them as they stood at the family
plot on top of the slight hill behind the antebellum house.
Shouldn’t it be raining, cold, Mel wondered; and her body responded
by sending an icy shiver all along her spine and out to her shoulders
and arms, the physical sensations making Mel feel vulnerable and
helpless.
She knew who had paid a professional killer to shoot a hole through
Peter Hunt and slit his throat. Peter’s body was left in the trunk
of a car, which was rolled down a slope into Lake Norman, just north
of Charlotte.
The Methodist minister cleared his throat. While he talked about
salvation in heaven, Mel’s thoughts wandered through the dark,
tangled forest of revenge. She was lost, mad as hell, caught up in
grief, but also knowing she should be concerned for her twins right
now. When the churchman asked the family and friends to pray for
Peter
Hunt’s soul, Mel could only think of the deep woods she was trapped
in. She had to find a clear path for herself and the twins. But Mel
also craved retribution against the doctors that had paid for
Peter’s murder.
Mel stared straight ahead, her countenance hard as granite and stark
white as rare marble; the brisk wind blowing her long, brown hair all
about her proud head. How could this have happened to her family?
What
went terribly wrong? Mel looked down; she was wearing black. She
hated
black because the color made her feel old and grim.
Dear God, why can’t this be a terrible dream that will end right
now, she thought to herself, and tried to wrench herself out of the
nightmare. But it didn’t work. Mel was still standing on the
hilltop
with her children and family. Her beloved husband’s body was
freshly
resting in his grave.
They really did murder Peter Hunt. Mel finally answered her
daughter’s question. “Sarah, we’re certainly not going to
invite
those people to dinner.”
“Who else is coming for dinner?” Esther, Mel’s mom, asked.
“How many do I have to cook for?”