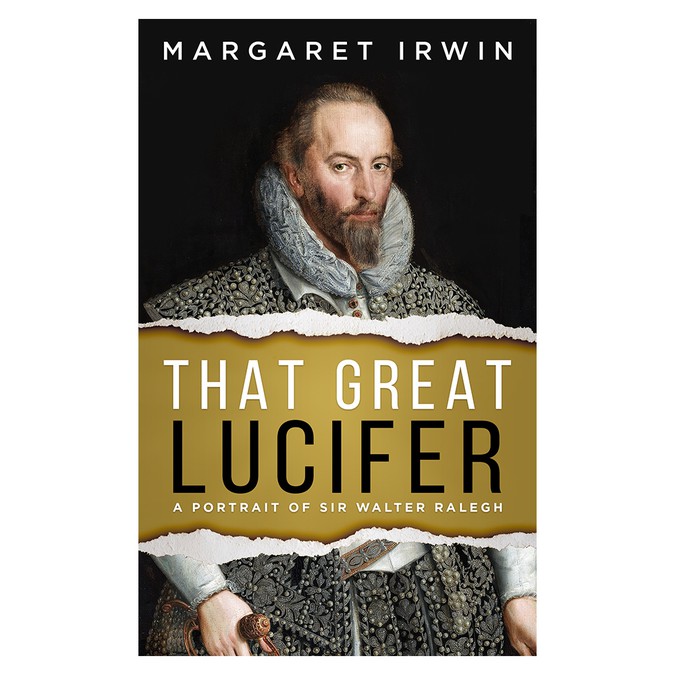 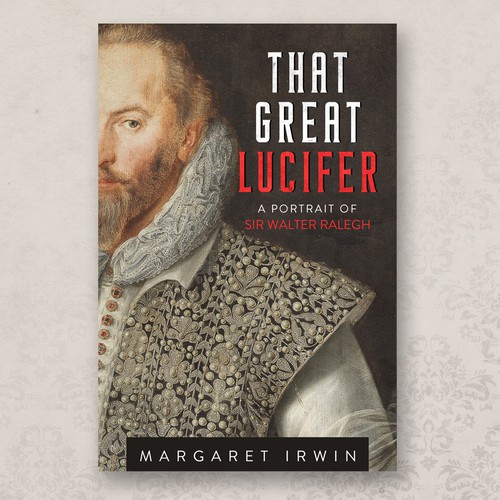 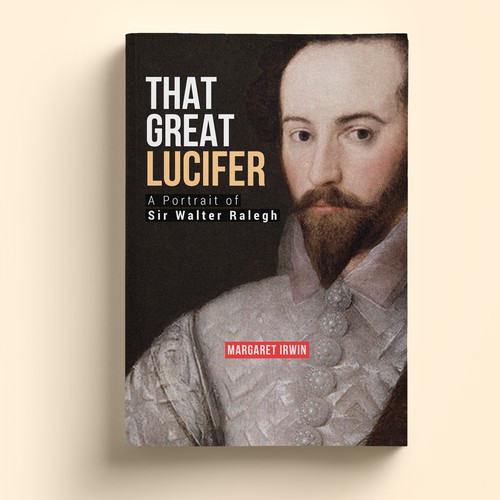 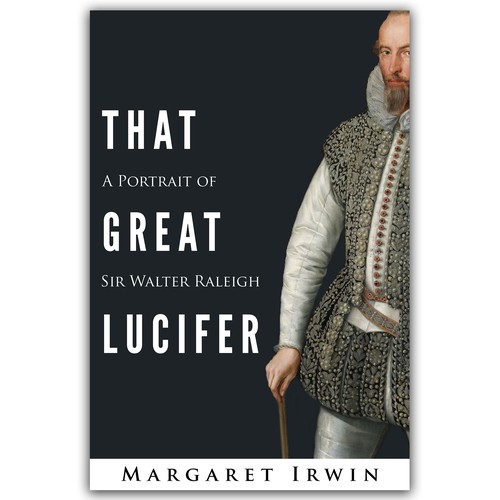 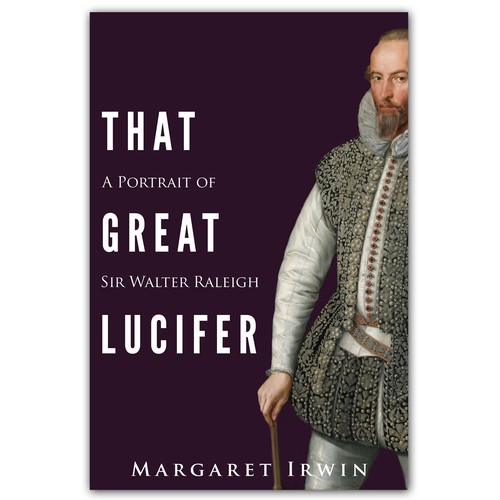 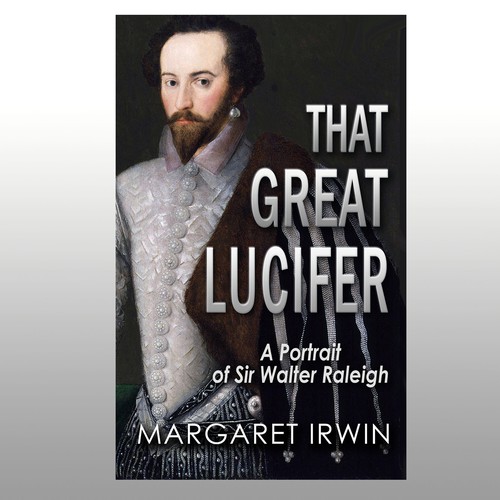 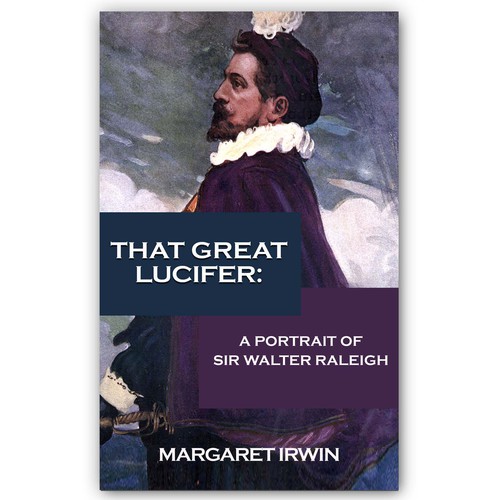 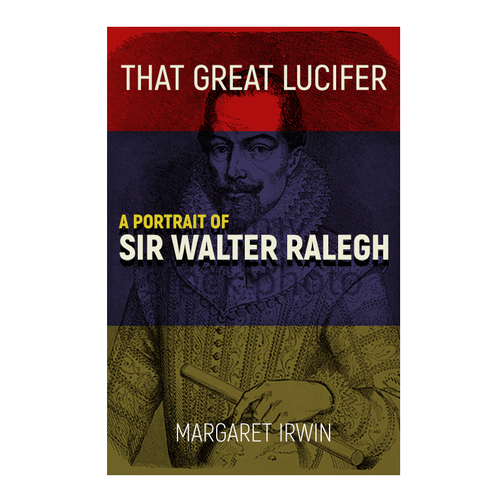 That Great Lucifer: A Portrait of Sir Walter Ralegh

Margaret Irwin was born in Highgate Hill, London, to Andrew Clarke Irwin and Anna Julia Irwin. She was brought up by her uncle S. T. Irwin, a schoolmaster at Clifton High School in Bristol, after her parents died. Educated at Clifton and at Oxford University, she began writing books and short stories in the early 1920s. She married children’s author and illustrator John Robert Monsell in 1929, who created the covers for some of her books.

She was known for the accuracy of her historical research, and became a noted authority on the Elizabethan and early Stuart era. One of her novels, Young Bess about the early years of Queen Elizabeth I, was made into a film starring Jean Simmons.

As well as historical novels, Irwin wrote several ghost stories and two fantasy novels. She also completed a factual biography of Sir Walter Raleigh called That Great Lucifer. She continued writing up until her death in 1967.

‘You have lived like a Star, at which the World hath Gazed.’

Sir Walter Raleigh was one of the most divisive figures of the Tudor period; instrumental in the colonisation of North America, the destruction of the Spanish Armada, and the popularisation of tobacco in England, he is held up as a symbol of the Elizabethan age. Known in the Tudor Courts as much for his immoral attitude yet expansive achievements, Sir Anthony Bagot dubbed him ‘the best-hated man in the world’.

Margaret Irwin combines her skills as a historian and novelist to document the life and deeds of this polarising figure in all his glory. Offering a portrait of the man who truly embodied the Renaissance ideals of the Elizabethan age, Irwin explores the many sides to Raleigh: the explorer, the sailor, the advisor, the literary patron, and above all, the pioneer.

A noted authority on Elizabethan England, Irwin conquers Raleigh’s tale with wit and dexterity, weaving Raleigh’s own journals into a broader historical context. From the glory filled days under Elizabeth I to his loss of favour and eventual execution under James I, this epic biography is an enthralling account of one of the most significant figures in British history.

We were thinking something quite clean and simple. I’ve attached some images styles for reference. Hoping for clear, clean font, with a simple black and white (most likely) photo of the person of interest or place of interest. Something a *little* luxurious and serious looking, but not too heavy, busy, or textbook-y.

'That Great Lucifer' should be the main title with 'A Portrait of Sir Walter Ralegh' acting as a subtitle.

Please don't make this look too textbook-y. We still want this to look accessible, but not like a date history book either. We want something a little bit fresh and clean, but not too modern or sleek. I realize the images included below for reference are quite pop-y and young, but we do like this style, but with a historical twist.

Book cover for non-fiction
$ 199
People who suspect they have a narcissist in their life and are looking to get it confirmed.
225
entries
19
Designer
I need a powerful ebook design to stop domestic violence against disabled females
269 $AU
Readers who enjoy reading poetry. Age 16+. Gender; mostly females. Location; globe. Anyone who experienced mental health
14
entries
3
designer graphistes
The Silver Waterfall
399 US$
Typically men, typically 18 years and older. Readers of military fiction and action/adventure. Readers of military histo
142
entries
15
designers
Simple Strong Typography Book Cover
AUD 399
152
entries
47
diseñadores
Design a book cover that includes a backround that looks like blue blueprint paper.
$ 399
- Any high school students who are looking to attend college. - College freshmen and sophomores. - Students looking
9
entries
3
Designer
Helping people make fitness a priority
299 $US
This book would be good for anyone who is wanting to Make Fitness A Priority in their lives, or wanting to start making
282
entries
31
designer graphistes

Comienza ahora
Christian Social Emotional Learning book
USD 299
Christians, stay at home parents, teachers, educators, students
53
entries
13
designer
Coming Out with Christ - (A Spiritual Journey To Finding My Resurrected Identity)
US$ 399
“A must-read life story of love and grace for our LGBTQ people, and every pastor, church leader, Christian, family membe
81
entries
17
designers
Modern art nouveau-style fantasy cover for printed book. Ebook cover project to follow.
319 £
Primarily for adults, but younger readers would enjoy it too. A general audience that likes epic fantasy with psychologi
8
entries
2
designer
Book cover for non-fiction
199 US$
156
entries
13
diseñadores
paper back and ebook cover
£ 319
Someone is reading this book to learn the most effective way to write a to-do list that will keep them motivated and pro
51
entries
20
Designer
The Garden of Shadows and Bones
10 099 $MX
My books are geared towards New Adult. They are mainly about dark fantasy with witches and magic.
62
entries
24
designer graphistes
Más información sobre diseño de portada de libro o revista
Vea como funciona