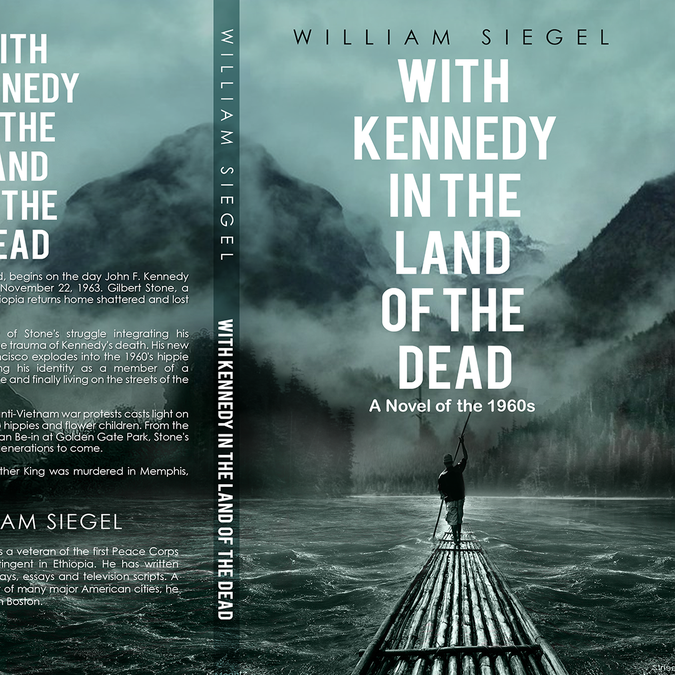 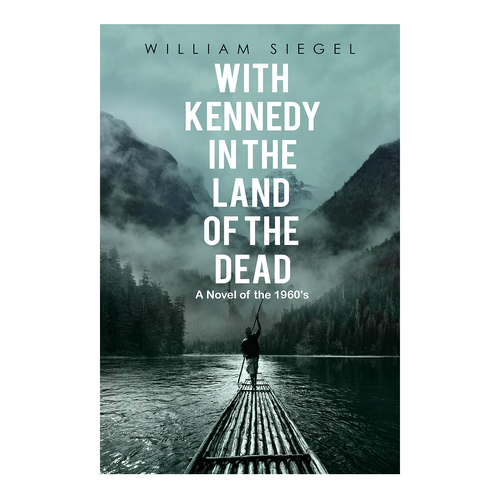 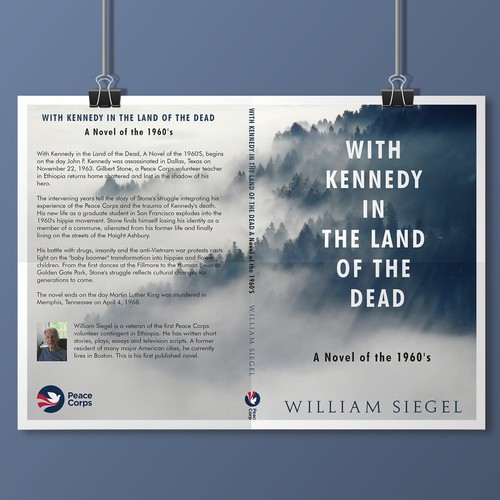 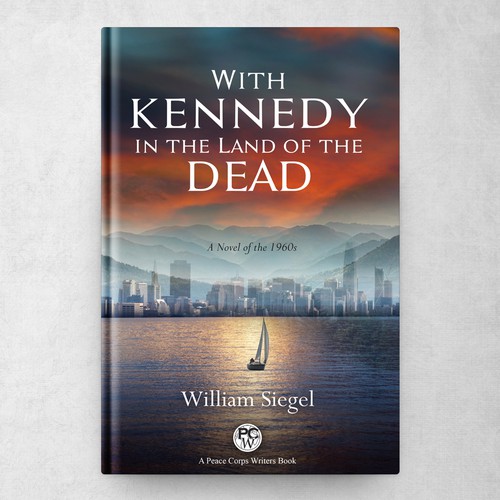 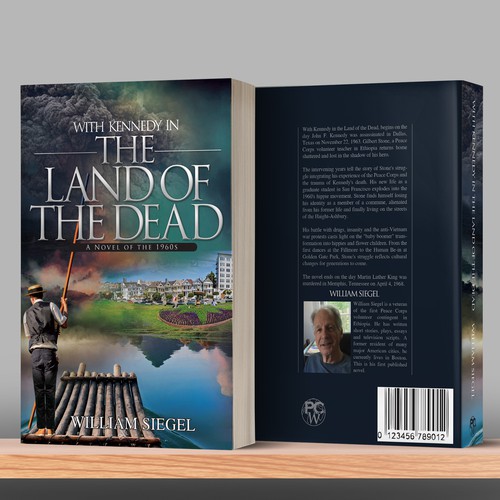 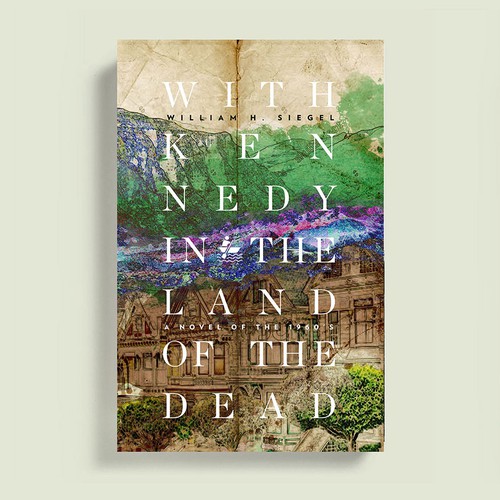 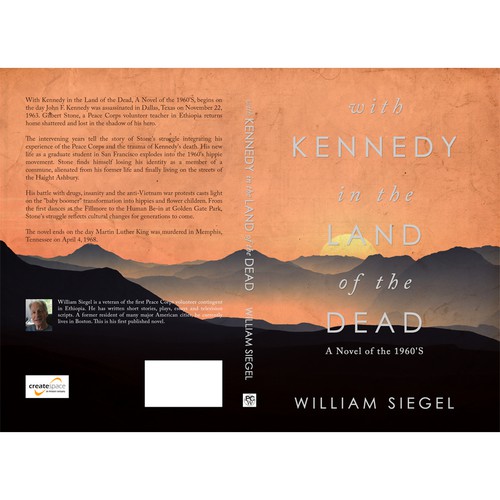 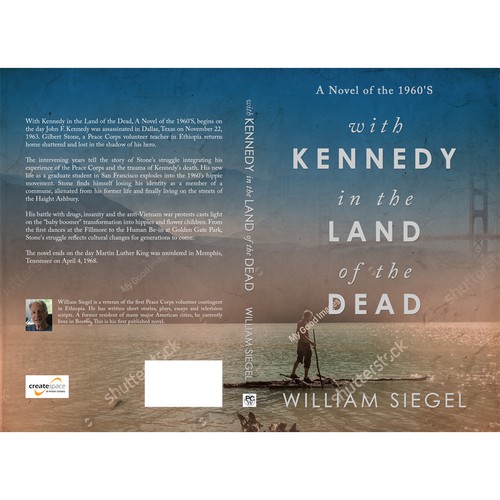 William Siegel is a veteran of the first Peace Corps volunteer contingent in Ethiopia. He has written short stories, plays, essays and television scripts. A former resident of many major American cities, he currently lives in Boston. This is his first published novel.

With Kennedy in the Land of the Dead, begins on the day John F. Kennedy was assassinated in Dallas, Texas on November 22, 1963. Gilbert Stone, a Peace Corps volunteer teacher in Ethiopia returns home shattered and lost in the shadow of his hero.

The intervening years tell the story of Stone's struggle integrating his experience of the Peace Corps and the trauma of Kennedy's death. His new life as a graduate student in San Francisco explodes into the 1960's hippie movement. Stone finds himself losing his identity as a member of a commune, alienated from his former life and finally living on the streets of the Haight-Ashbury.

His battle with drugs, insanity and the anti-Vietnam war protests casts light on the "baby boomer" transformation into hippies and flower children. From the first dances at the Fillmore to the Human Be-in at Golden Gate Park, Stone's struggle reflects cultural changes for generations to come.

The novel ends on the day Martin Luther King was murdered in Memphis, Tennessee on April 4, 1968.

People who came of age in the 1960s. Baby boomers. Woodstock generation, young people interested in the Peace Corps, Vietnam and that era.

Foreground:
A man poling a raft across the River Styx. Foggy. The raft is almost square with a mast and a ragged sail. The raft is headed toward the reader. The river widening and moving along the base of the mountains.

• Calm and grounded, not busy, lettering clear and outstanding.

San Francisco suggested with subtle lines, sky and water visible
----
Also, perhaps a single, simple scene evocative of the above.

The novel mostly takes place in 1968, but no hippies, psychedelics, Kennedy likeness, or topical tropes of the times, etc.

I want a cover that depicts two people (one possibly Jesus) having an intimate, fun, lively conversation.not too cliche
US$399
Teens, young adults, adults, male and female
74
entries
15
diseñadores
Book cover for book about a wild adventure into inner exploration.
€ 359
Mainly women between 25-45 who love to travel and have become interested in spirituality, wellness or other alternative
88
entries
25
designer
Book Cover for Novel: Red Sky at Morning
$ 399
Men or women who like thrillers; Individuals who like biblical prophecy; Readers who enjoy espionage and military novels
49
entries
11
Designer
Professional cover for a business book
US$199
Target audience: Male Aged between 20-35 USA People currently working a day job
149
entries
28
diseñadores
Catholic Book Cover Needed
799 US$
Devout Catholics in their 60s and 70s.
81
entries
17
designers
eye-catching, modern, fresh and yet serious design for a non-fiction book
€ 359
- Women who want to make a career - working mothers - Companies that want to promote women in management positions -
50
entries
14
designers

Comienza ahora
design a modern, bold book cover for a business book
US$ 499
This is a business book. Business leaders, CEOs and executives would read the book.
243
entries
53
diseñadores
TRE STAGIONI SUL NILO
EUR 179
30- over 65. Distribuzione in Italia. Lettori di thriller, gialli, romanzi storici.
108
entries
21
Designer
Book cover needed for ultimate fan guide to the Fast and Furious movie franchise.
US$ 749
Fans of the "Fast and Furious" movie franchise. These movies are consumed by a massive global audience, ranging in age a
110
entries
37
designers
"Imagine knowing everything there is to know about the way a man thinks and feels"
$ 399
Woman and Men
86
entries
16
Designer
Design an eye-catching cover for suspense novel
$399
A great beach for avid readers.
72
entries
24
デザイナー数
Captivating book cover to inspire hope in the world, and the power of positivity!!
1 599 $CA
Adults in the self- help category, those facing cancer, those who are care givers, anyone who wants to up-level their li
462
entries
82
designer graphistes
Más información sobre diseño de portada de libro o revista
Vea como funciona