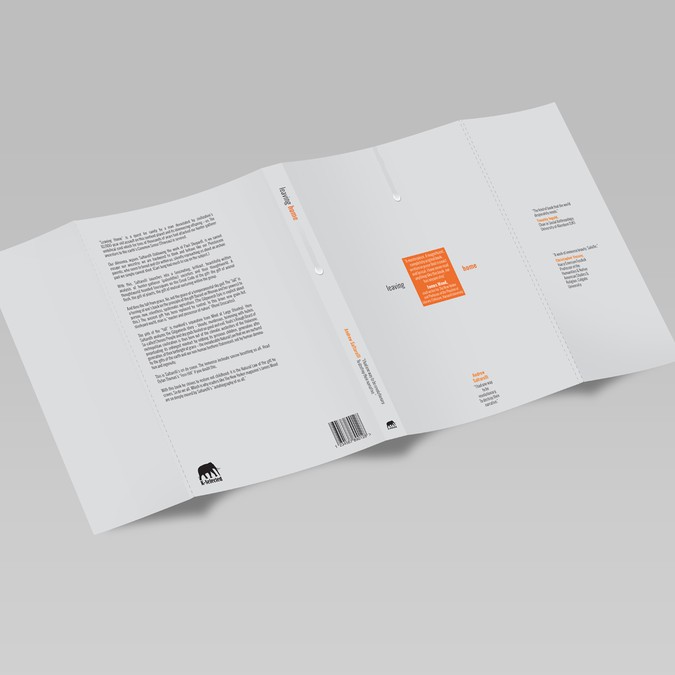 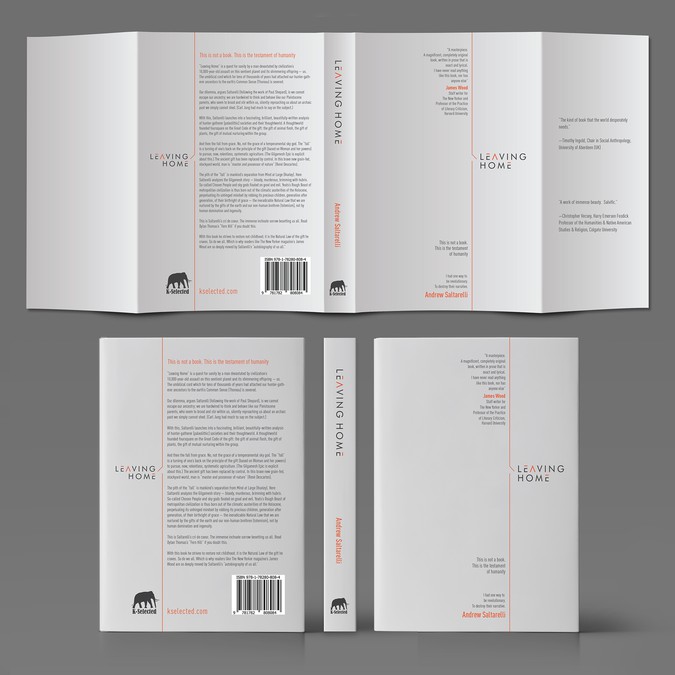 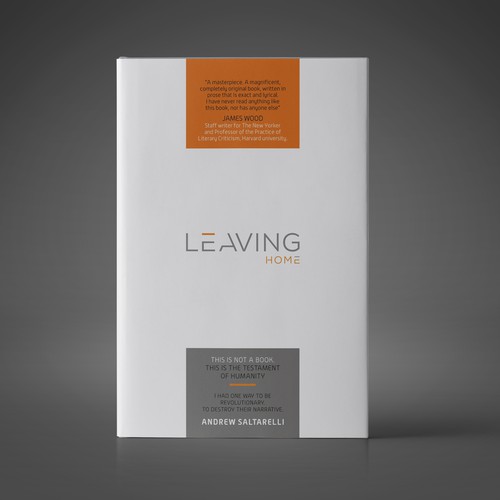 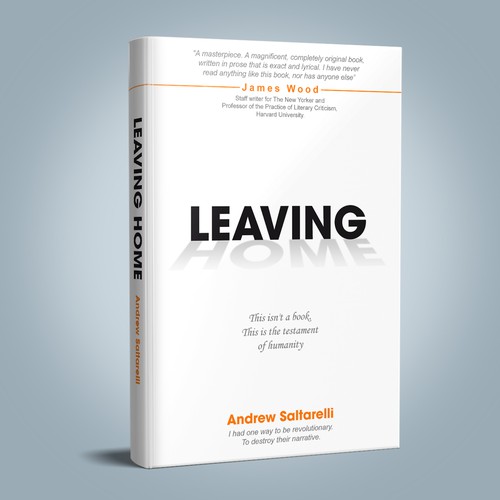 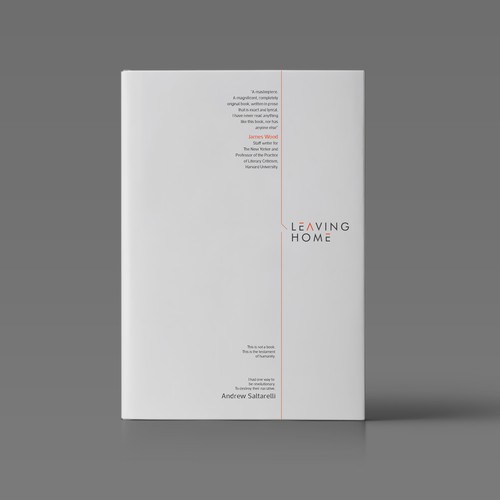 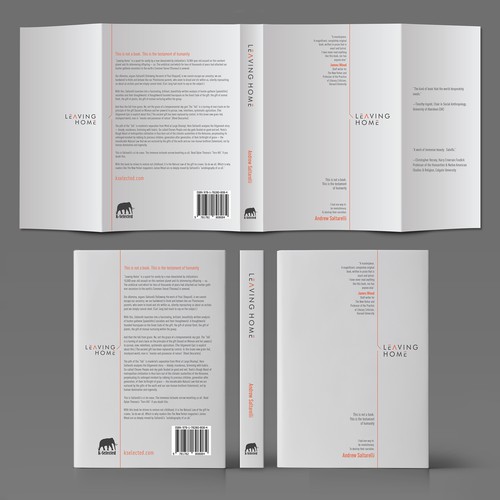 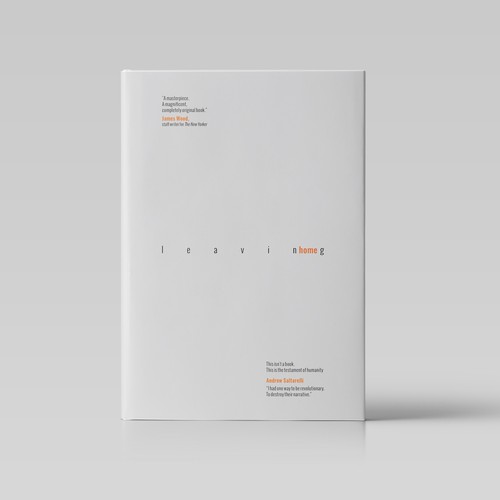 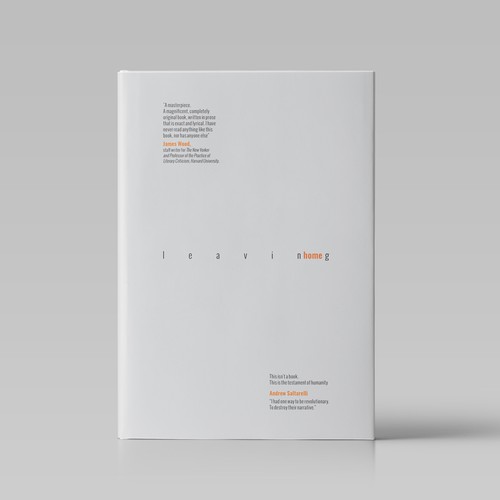 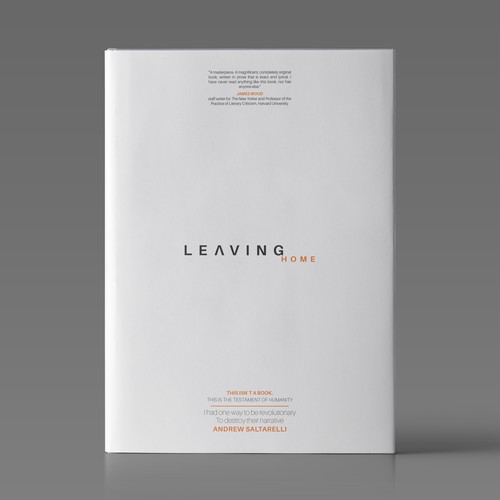 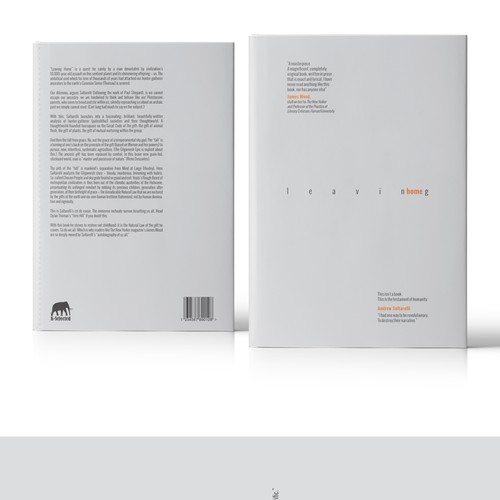 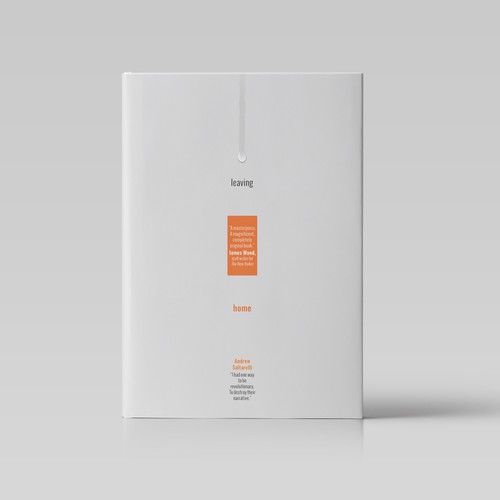 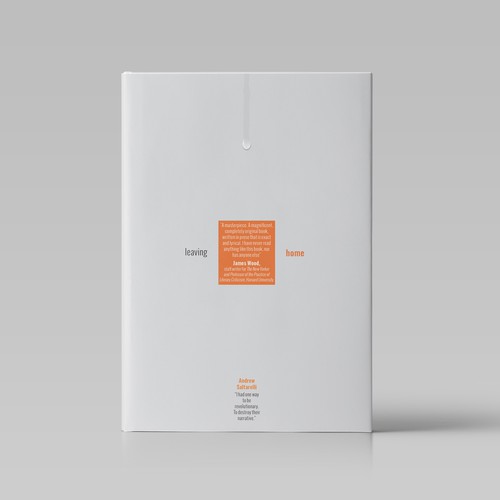 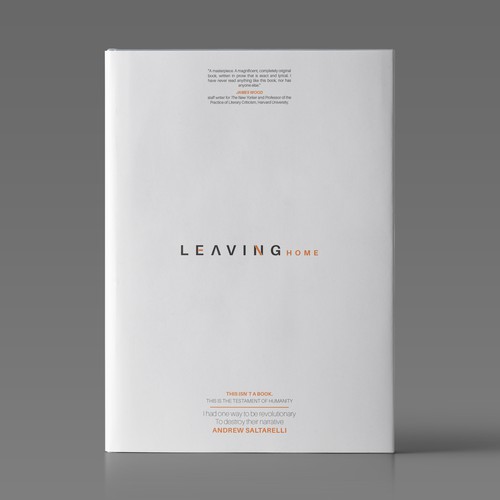 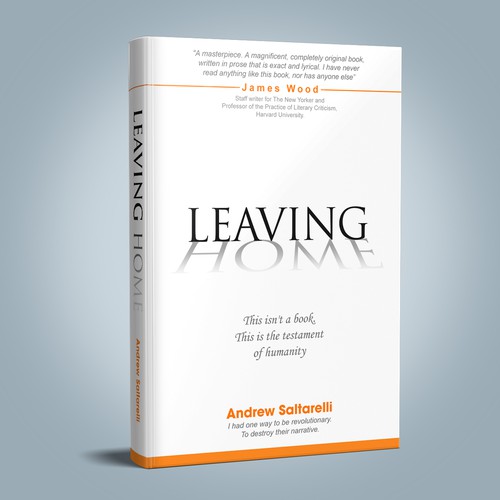 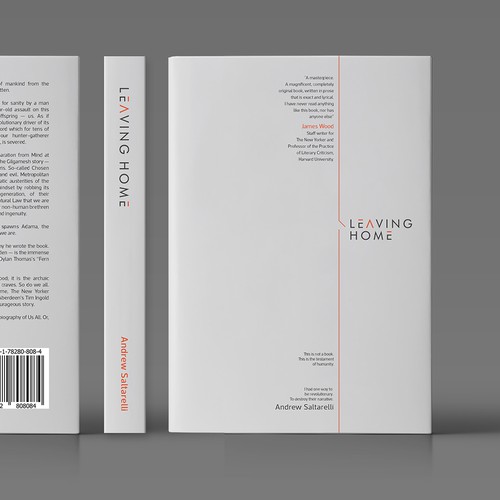 Leaving Home: This isn't a book. This is the testament of humanity

The author is a savant. Self-taught. Magisterial writer. (In some respects his book is as much literature as scholarship, though his scholarship is thorough and impeccable.)

"Leaving Home" explores the “fall” of mankind from the Paleolithic to the present. Beautifully written.

One might also describe it as a quest for sanity by a man devastated by civilization’s 10,000-year-old assault on this sentient planet and its shimmering offspring — us. As if civilization were an organic force, an evolutionary driver of its own which frankly it is. The umbilical cord which for tens of thousands of years had attached our hunter-gatherer ancestors to the earth’s Common Sense, is severed.

The pith of the “fall” is mankind’s separation from Mind at Large (Huxley). Here Saltarelli analyzes the Gilgamesh story — bloody, murderous, brimming with hubris. So-called Chosen People and sky gods fixated on good and evil. Metropolitan civilization is thus born out of the climatic austerities of the Holocene, perpetuating its unhinged mindset by robbing its precious children, generation after generation, of their birthright of grace — the ineradicable Natural Law that we are nurtured by the gifts of the earth and our non-human brethren (totemism), not by human domination and ingenuity.

The Great Warming of the Holocene spawns Adama, the farmer, and the Great Forgetting of who we are.

This is Saltarelli’s cri de coeur. This is why he wrote the book. And this — call it the Tragedy of the Garden — is the immense inchoate sorrow besetting us all. Read Dylan Thomas’s “Fern Hill” if you doubt this.

Saltarelli strives to restore not childhood; it is the archaic mindset, the Natural Law of the gift he craves. So do we all. Which is why readers of this ms. — me, The New Yorker magazine’s James Wood, University of Aberdeen’s Tim Ingold — are so deeply moved by Saltarelli’s courageous story.

We could easily title the book, "The Autobiography of Us All. Or, "Paradise Lost in the 21st Century."

Intelligent, educated, sophisticated adults. Many of them will be scholars and other academics. The kind of person who reads The New Yorker.

We are a publisher. K-Selected Books (https://kselected.com)

The trim size of the book will likely be 6 ⅛" x 9 ¼". Since it’s a lengthy manuscript, it will be a thick book. We will be publishing it in softcover (paperback) only. No hardcover. However, there will be book flaps, sometimes called "French flaps." See attached screenshots.

I am attaching several screenshots of covers I like.

What’s important is that the cover be MINIMALIST. I want the message to be conveyed by the font types and design, not by images. If you do include any images, they should be subtle and ingenious.

The book title will be “Leaving Home.” By itself, the title boring and it could refer to anything. What’s arresting is the subtitle: “This is not a book. This is the testament of humanity.” THAT phrase is outrageous — and that’s exactly what I want. I want people to be thrown off balance by the title/subtitle. The subtitle does not need to be directly attached to the title, separated from one another by a colon; the subtitle can be elsewhere on the page.

The author’s name is Andrew Saltarelli. I’m hoping you can work this phrase into his name in some fashion: “I had one way to be revolutionary. To destroy their narrative.” I say “work” it into his name; what I mean is “associate” it, somehow, with his name.

There’s more. I’d also like you to place the following statement on the front cover:

"A masterpiece. A magnificent, completely original book, written in prose that is exact and lyrical. I have never read anything like this book, nor has anyone else” — James Wood, staff writer for The New Yorker and Professor of the Practice of Literary Criticism, Harvard University.

The above blurb may well clutter up the cover, in which event we will cut it down to: “A masterpiece!” — James Wood, staff writer for The New Yorker. But I’m hoping we can incorporate the entire statement by Wood, because it is his statement that’s going to sell the book and get it reviewed by major newspapers and magazines. (James Wood is probably the most prominent book reviewer in America. The New Yorker is the leading reviewer of books in America. And Wood has a reputation for being brutal to authors. The fact that Wood would say this about a book is breath-taking.)

I suggest putting the James Wood blurb at the top of the cover, and make it stand out, since the author is a nobody, whereas Wood is well known in literary circles and it is Wood's endorsement that's going to carry the book along in sales.

No background image. No triangles and zigzag lines. I loathe those! See the attached "Cover Notes" with a suggestion (merely a SUGGESTION) for placing text between the two words of the title ("Leaving" and "Home") and the author's first (Andrew) and last names (Saltarelli). This is just a suggestion; I am not committed to this formatting.

A national political leader recounts his controversial story--design a compelling cover for his book
$499
Everyone in Bermuda knows Ewart Brown, and almost everyone has an opinion about him. Many Bermudians will be eager to re
96
entries
31
designers
Design a Cover for a Post Modern Jesus
$ 399
atheists, agnostics, but the book is a critique of religion/belief through absurdist fiction. It is also a cross genre w
35
entries
7
Designer
Nonfiction Book Cover - Target Audience: Financial Analysts
$1,199
Gender: 70% Male; Age: 25-45; Typical Location: Large metropolitan areas
245
entries
33
designers
Create a Romantic Comedy Book Cover for Best-selling Author
$1,799
Women ages 20-55
43
entries
13
designers
Holy Bariatrimony Book Cover
US$399
Women in relationships who struggle with their weight, and the men who love, support, and are inspired by them.
108
entries
30
designers
Design a professional and beautiful book cover
399 $
Parents (with kids 6-18 years old), children (11-18 years old), anyone who is myopic (near-sighted). Perhaps teachers an
153
entries
32
Designer