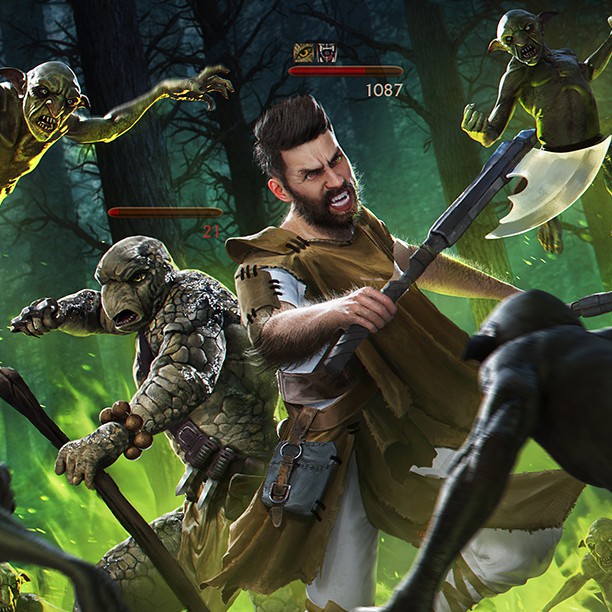 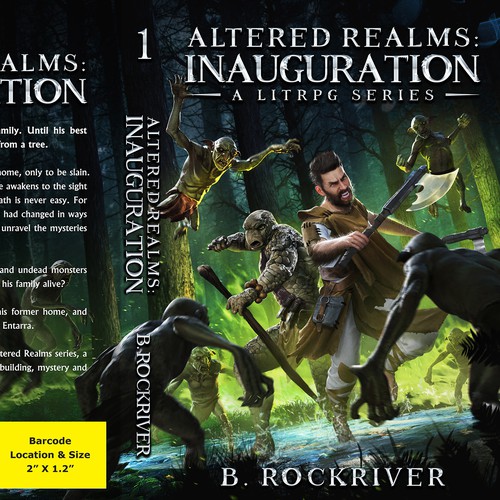 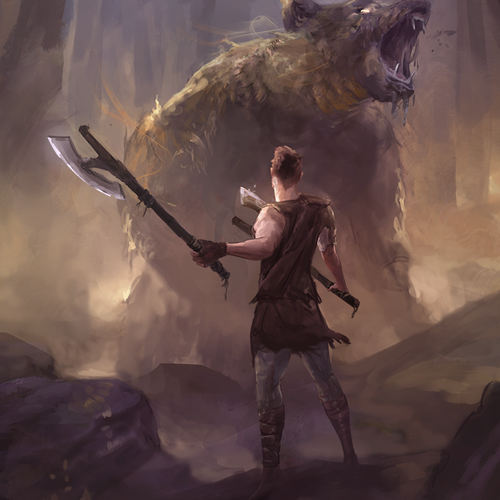 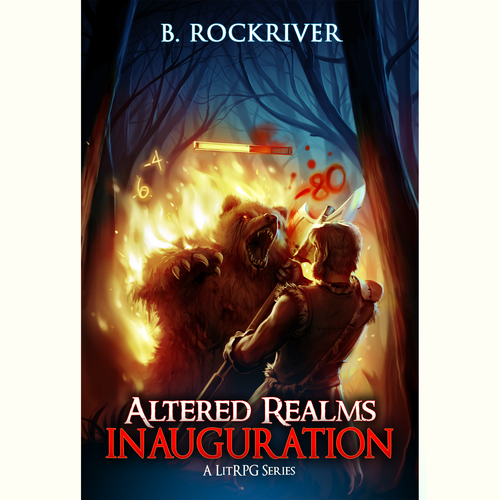 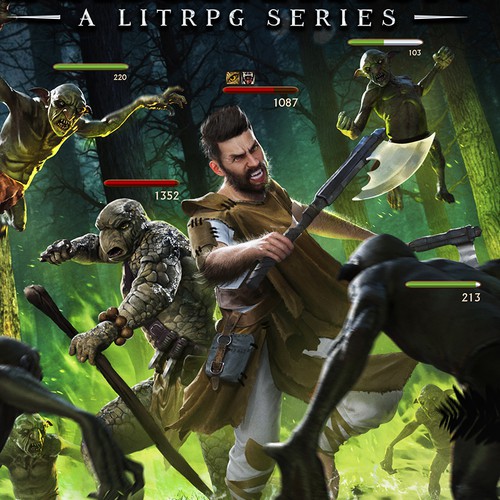 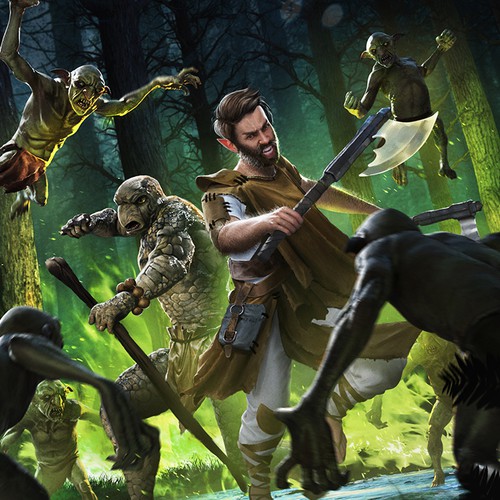 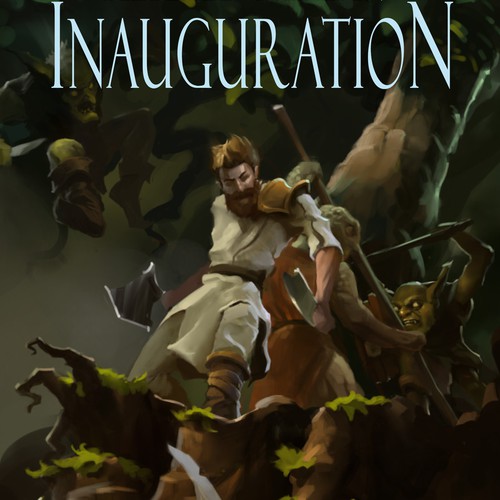 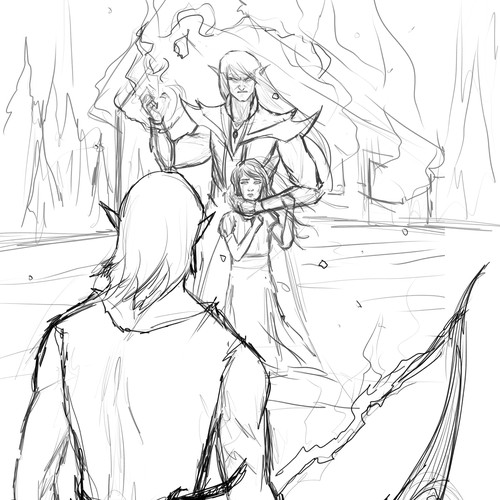 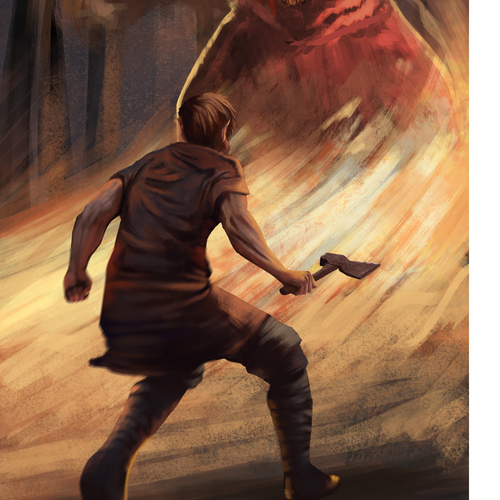 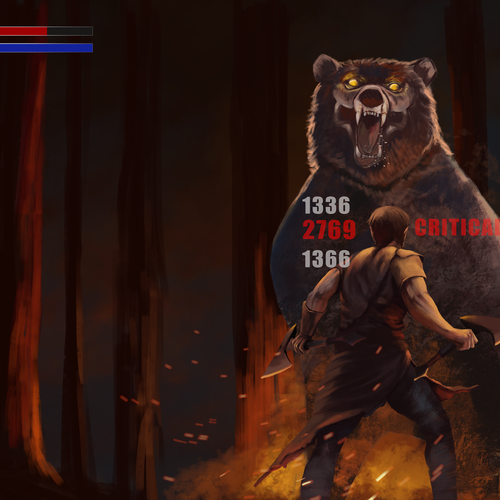 I am a gamer, d&d dungeon master, writer, small business owner, and caregiver. In my free time I write, play video games, do digital art, and mess around with graphic design.

Bold** Eli Miller lived an idyllic life with his family.

Bold** Until his best friend turned up dead, hanging from a tree.

Concerned for his family's safety Eli rushes home, only to be slain. Rather than finding himself in the afterlife, he awakens to the sight of a character creation screen. Life after death is never easy. For him, it should be impossible. Finding that he had changed in ways he never could have imagined, Eli set off to unravel the mysteries of his new life.

How did he come back? Why are mutants and undead monsters roaming the countryside? Who killed him? Is his family alive?

Join Eli as he takes up his axe to protect his former home, and possibly the world, from the threats plaguing Entarra.

Inauguration is the first installment of the Altered Realms series, a fantasy LitRPG that features adventure, city building, mystery and magic.

Young adults and adults who like epic fantasy and video games.

I am looking for a cover in-genre to LitRPG. I would prefer a character focused, detailed, scene. I prefer it to look like a drawing / painting / digital art. Darker theme.

I will also accept design heavy work if it is clean, and minimalist.

Design must include both epic fantasy and video game elements. Health bars, damage counters, or stat windows preferably. Anything that ties the two together works.

I have attached covers I like as well as a concept sketch of the main character.

Scenes I think would work:
1. Main character and his companion fighting a group of goblins in a river in the forest. (The companion is a human with turtle like features. Bald, with leathery seaweed color skin, and scales on his chest and back. He doesnt have a shell, and is a monk, with a staff and brass knuckes.)

2. Main character fighting a zombie bear that has been lit on fire, in the woods, using a double bladed axe.

3. The main character holding a bow, about to fire on a wizard holding a young red haired elf girl, with a burning cabin the the background.

No controllers orconsoles or anything like that. Avoid heavy use of stock images unless they are blended to look like a digital painting or drawing.

YA Romance cover
$199
Teen to adult
104
entries
27
デザイナー数
Political History Book for high level policy makers
$299
Diplomats, Senate and Congress members, Minister’s, Head of missions, Policy makers, University Faculty, University Scho
109
entries
24
デザイナー数
Looking for a standout cover for my literary crime novel
USD 399
Literary crime fiction. I wouldn't presume to compare myself to these others, but the story is more along the lines of F
115
entries
30
designer
The Sword & Mr. Stone -- a modern day search for Excalibur
$ 199
People interested in humor and fantasy.
43
entries
12
Designer
Looking for simple, elegant book cover design. Fantasy novel titled The Secret of the Moon.
US$ 399
All imaginative readers aged 16 and up.
99
entries
29
designers
Create a design Where seasons changing is evident
$ 459
Young adults 18-40.
195
entries
28
Designer

Comienza ahora
I need a compelling cover for my science fiction novel.
199 $US
Young adult to adult.
83
entries
23
designer graphistes
Atmospheric design for Scottish historical fiction e-book cover
GBP 259
the target audience is generally male from ages of 25-40. Initially expected to be primarily UK based people that have h
32
entries
16
diseñadores
Design a cover for "Messages that Mean the Most"- Inspiration for Finding Potential
$ 199
Young persons in their twenties who have graduated and seeking direction and professionals in their thirties who seek in
37
entries
15
Designer
The Terrorist Within a Thriller
EUR 359
Age range 25 plus. Generally male. English speaking white population
41
entries
23
diseñadores
Design a book cover with modern elements for my nonfiction book
$299
Burned out working parents (mostly moms but also dads) who want to escape survival mode for good. Married, aged 30 - 45
68
entries
15
diseñadores
paper back and ebook cover
£ 319
● They want to lose weight ● They want to improve their overall health ● They want to feel better ● They want to burn
30
entries
9
Designer
Más información sobre diseño de portada de libro o revista
Vea como funciona