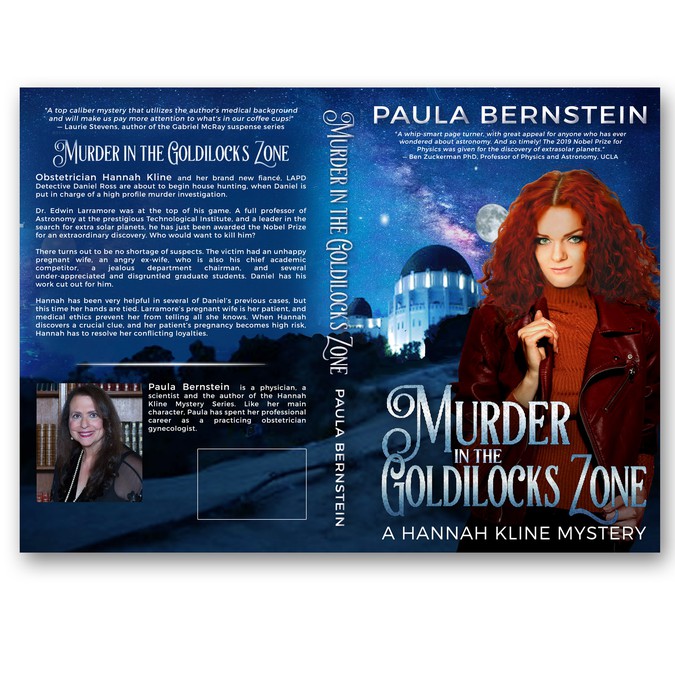 Looking for a Talented Go-To Designer for a Publishing Company 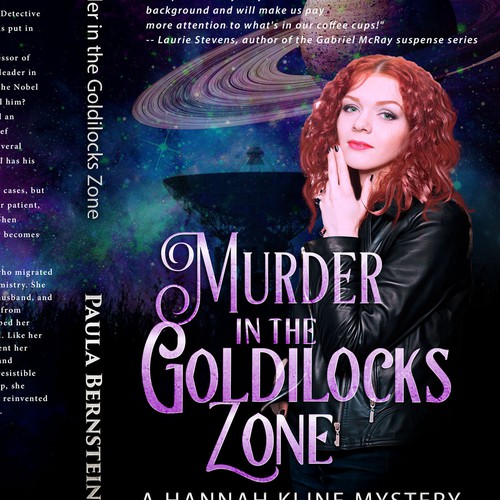 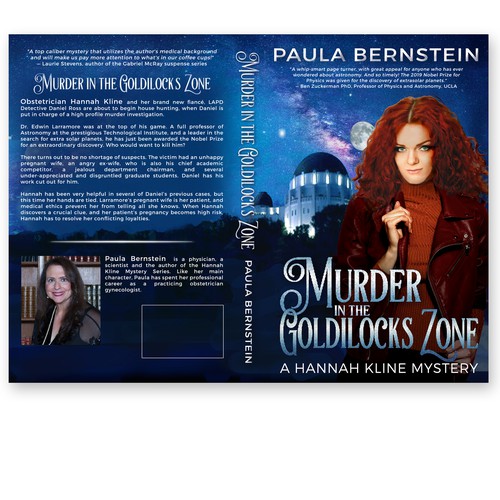 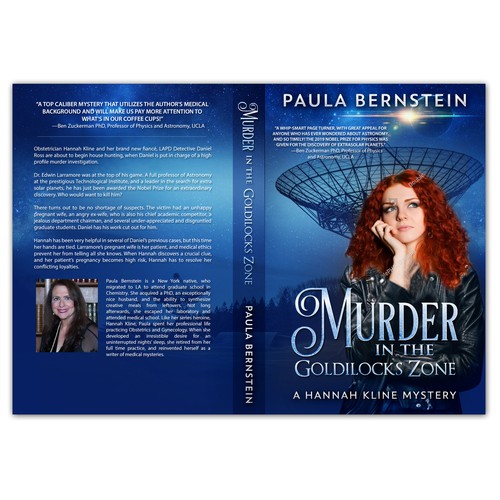 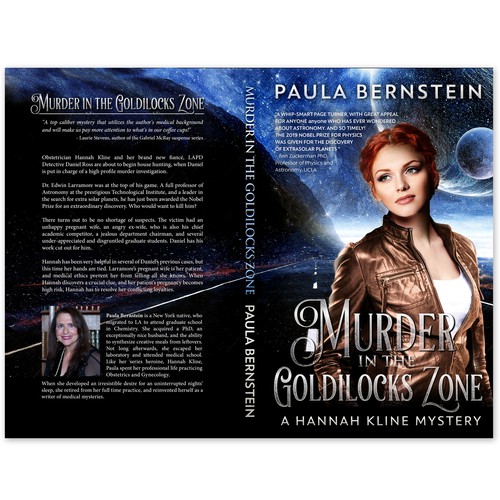 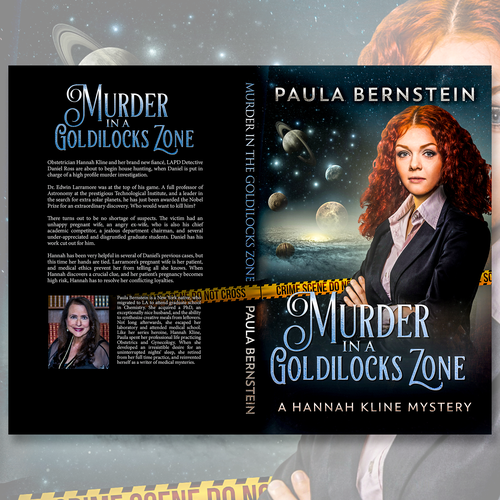 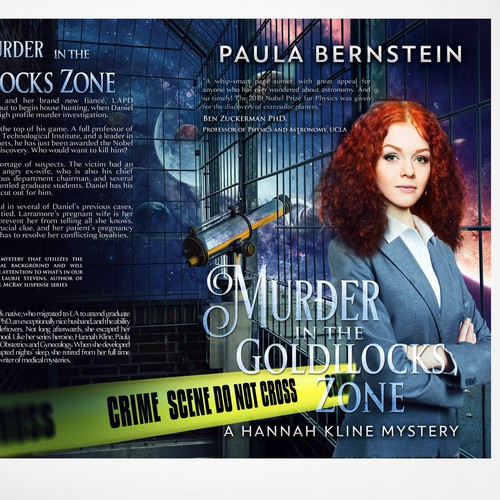 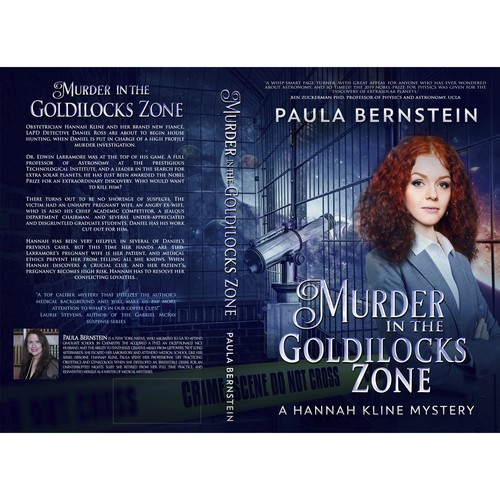 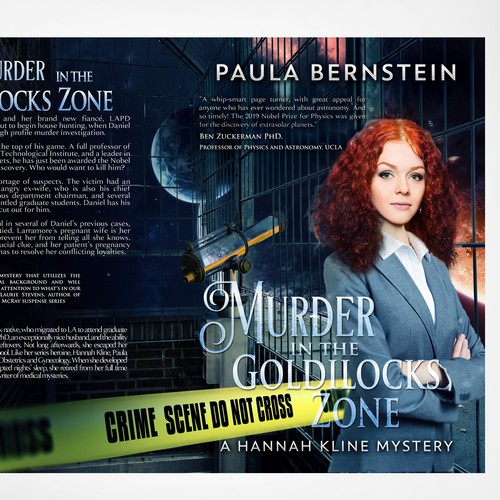 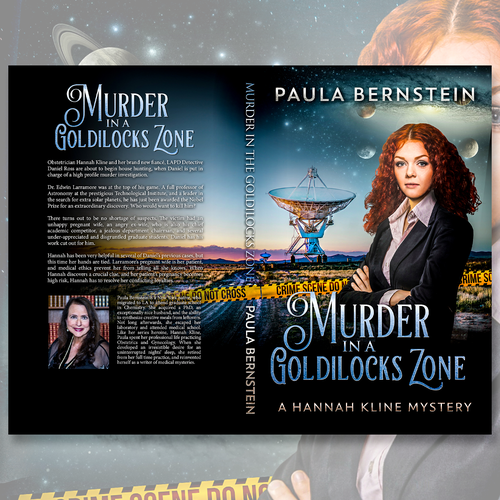 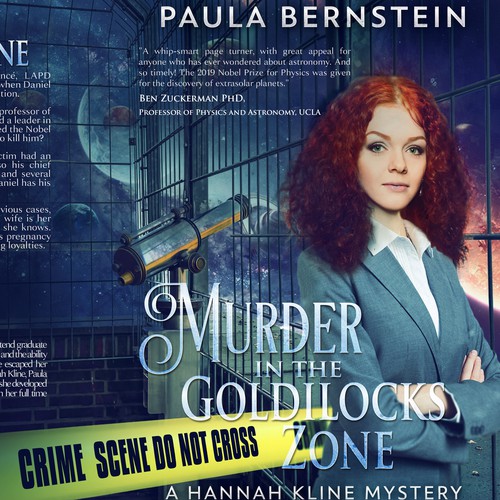 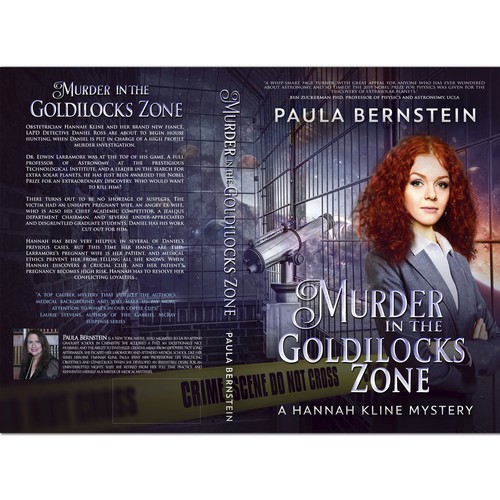 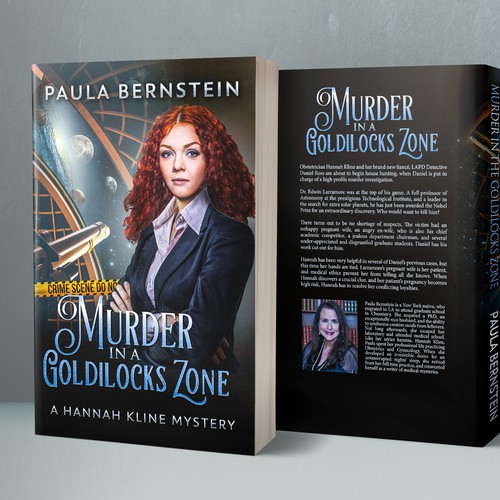 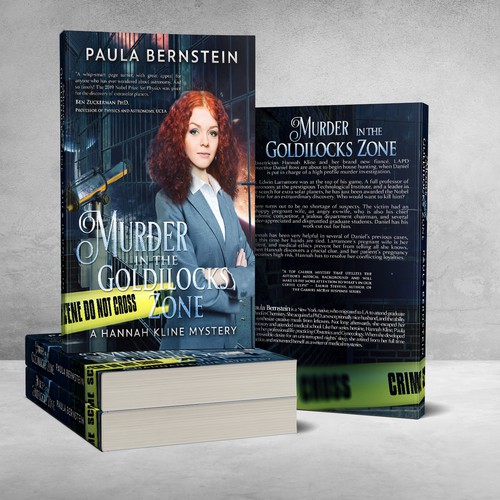 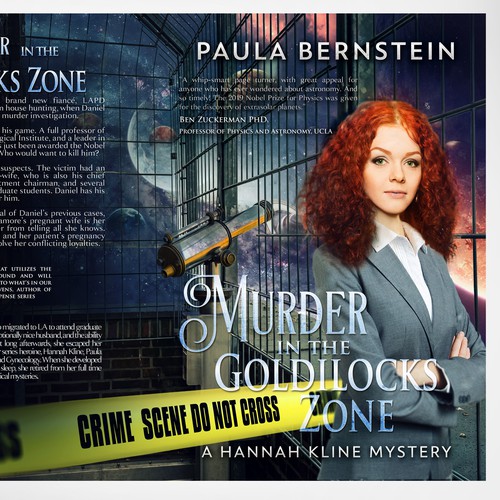 Murder in the Goldilocks Zone

Paula Bernstein is a New York native, who migrated to LA to attend graduate school in Chemistry. She acquired a PhD, an exceptionally nice husband, and the ability to synthesize creative meals from leftovers. Not long afterwards, she escaped her laboratory and attended medical school. Like her series heroine, Hannah Kline, Paula spent her professional life practicing Obstetrics and Gynecology. When she developed an irresistible desire for an uninterrupted nights’ sleep, she retired from her full time practice, and reinvented herself as a writer of medical mysteries.

This is a Mystery. Female Sleuth.

Obstetrician Hannah Kline and her brand new fiancé, LAPD Detective Daniel Ross are about to begin house hunting, when Daniel is put in charge of a high profile murder investigation.

Dr. Edwin Larramore was at the top of his game. A full professor of Astronomy at the prestigious Technological Institute, and a leader in the search for extra solar planets, he has just been awarded the Nobel Prize for an extraordinary discovery. Who would want to kill him?

There turns out to be no shortage of suspects. The victim had an unhappy pregnant wife, an angry ex-wife, who is also his chief academic competitor, a jealous department chairman, and several under-appreciated and disgruntled graduate students. Daniel has his work cut out for him.

Hannah has been very helpful in several of Daniel’s previous cases, but this time her hands are tied. Larramore’s pregnant wife is her patient, and medical ethics prevent her from telling all she knows. When Hannah discovers a crucial clue, and her patient’s pregnancy becomes high risk, Hannah has to resolve her conflicting loyalties.

Women, 18-99. Anyone who likes astronomy, chemistry or medicine.

Hannah has green eyes and red hair. Here's a link to the shutterstock images: https://www.shutterstock.com/collec…e?studio=1

Our cover designer retired, so we're looking to replace him. We have a number of books that will need covers, but we're starting with this one. Most of our books are light paranormal, mystery, thriller, sci fi.

This is the fourth book in one of our mystery series. I can provide the designer with the PSD files for the previous books, so they can use the same fonts and same main character. I want the same main character on the cover. The same placement of title and author name. The background should be related to astronomy. The Goldilocks Zone refers to habitable planets. The murder was of an astronomy professor who was working on finding

Comienza ahora
Book Cover - "A Brave Heart by William Wallace", a memoir of recovering from traumatic ski accident
USD 1’199
The book is for people who have been dealt a serious setback in life and are looking for motivation or guidance on how t
125
entries
16
designer
Book Cover For Book
$ 299
Entrepreneur, Professionals
94
entries
17
Designer
Helping people make fitness a priority
299 US$
This book would be good for anyone who is wanting to Make Fitness A Priority in their lives, or wanting to start making
282
entries
31
designers
Cover for Fantastic Thriller in the same line as PRISONERS / Couverture pour Thriller Fantastique
359 €
25 - 55 years old, fans of thrillers, movies, TV shows, comics, adventure video games, fans of Jean-Christophe Grangé, S
124
entries
27
designers
Book Cover for Historical Adventure/Romance Novel
199 $US
People who like Phantom of the Opera, historical fiction and historical romance.
63
entries
7
designer graphistes
Book cover for non-fiction
199 $
156
entries
13
Designer
Más información sobre diseño de portada de libro o revista
Vea como funciona