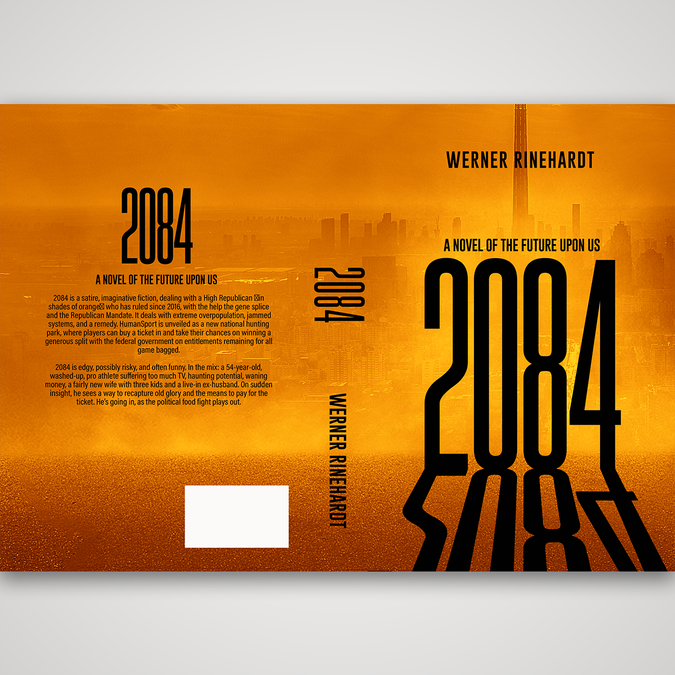 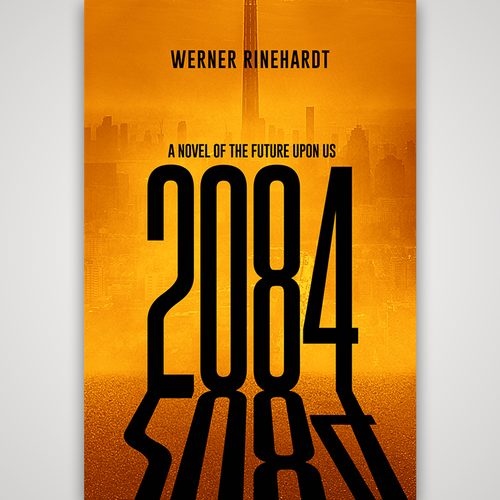 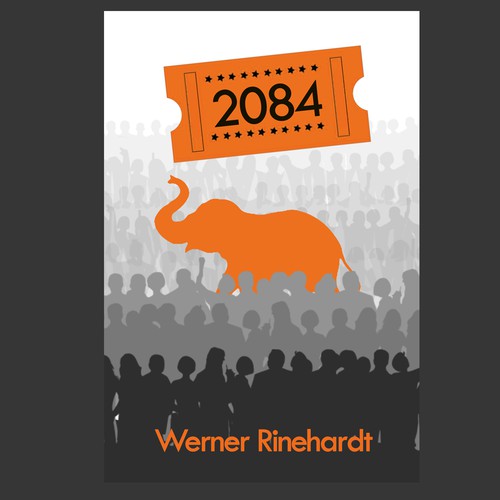 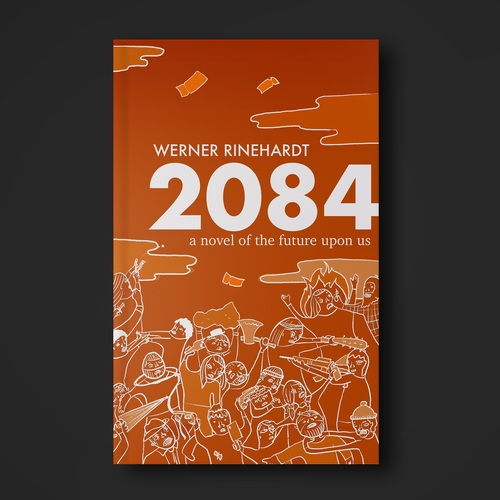 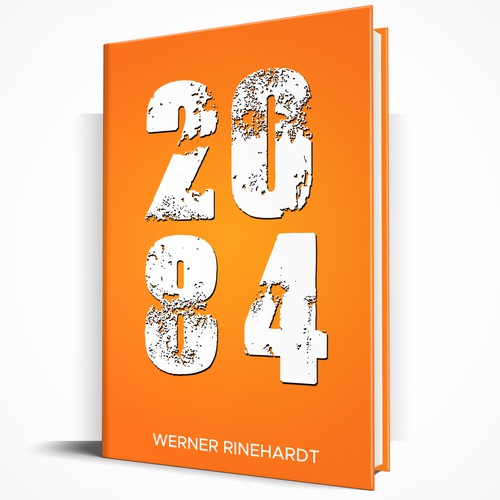 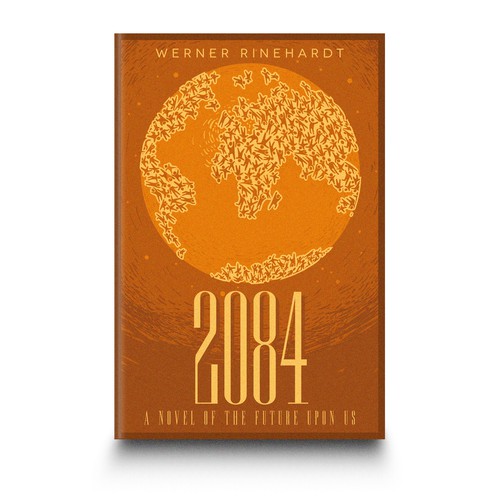 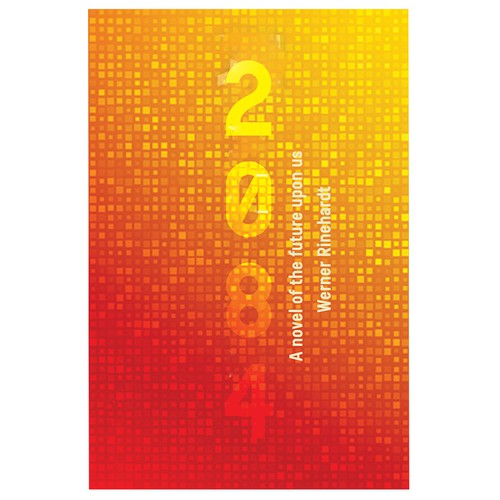 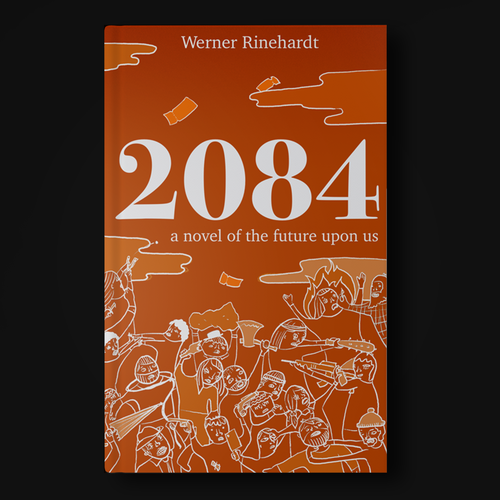 2084 is a satire, imaginative fiction, dealing with a High Republican (in shades of orange) who has ruled since 2016, with the help the gene splice and the Republican Mandate. It deals with extreme overpopulation, jammed systems, and a remedy. HumanSport is unveiled as a new national hunting park, where players can buy a ticket in and take their chances on winning a generous split with the federal government on entitlements remaining for all game bagged.

2084 is edgy, possibly risky, and often funny. In the mix: a 54-year-old, washed-up, pro athlete suffering too much TV, haunting potential, waning money, a fairly new wife with three kids and a live-in ex-husband. On sudden insight, he sees a way to recapture old glory and the means to pay for the ticket. He’s going in, as the political food fight plays out.

Want to capture the feel of the current fix, with crazy shit normalized.

YA Romance cover
199 $
Teen to adult
104
entries
27
Designer
Design a book that will inspire people to sit and enjoy silence
399 $
Age 16-50, Global population
168
entries
43
Designer
Contemporary Romance cover
399 $
Readers who like contemporary romance with young professional characters engaged in timely events
44
entries
12
Designer
The Death of Neo-Darwinism
199 $
This is a hot topic and would be of interest to anyone in the academic community regardless of the discipline.
26
entries
11
Designer
Creative Book Cover for a Female Dating and Relationships Title
$199
Women reading this book are usually younger and they’ve just been through a breakup. They don’t know how to collect the
150
entries
24
デザイナー数
Looking for a standout cover for my literary crime novel
US$ 399
Literary crime fiction. I wouldn't presume to compare myself to these others, but the story is more along the lines of F
115
entries
30
designers

Comienza ahora
Book cover for non-fiction
US$ 199
162
entries
14
designers
The Garden of Shadows and Bones
MX$ 10.099
My books are geared towards New Adult. They are mainly about dark fantasy with witches and magic.
62
entries
24
Designer
Book Cover for WWII Historical Fiction
US$ 399
People who like WWII and historical fiction
71
entries
21
designers
Captivating cover for the book "The Way Home"
US$ 299
People in general interested in life stories. People that struggle with addiction.
121
entries
49
designers
POETRY BOOK FOR THOSE WHO LOVE SELF EXPRESSION AND DEEP THOUGHTS
399 USD
young adults- adults, males and females For more inspiration and a gimpse into the book visit www.jmorals.com to read po
152
entries
46
designer
paper back and ebook cover
319 £
● They want to lose weight ● They want to improve their overall health ● They want to feel better ● They want to burn
30
entries
9
Designer
Más información sobre diseño de portada de libro o revista
Vea como funciona