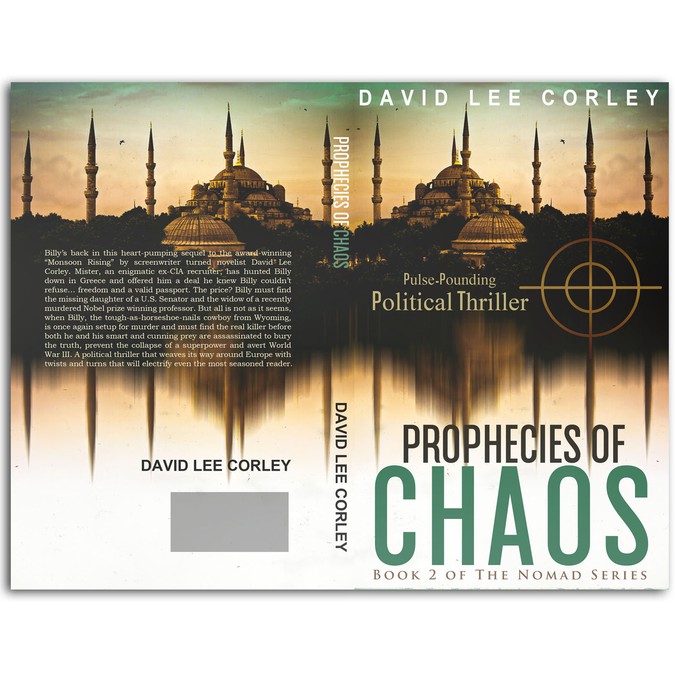 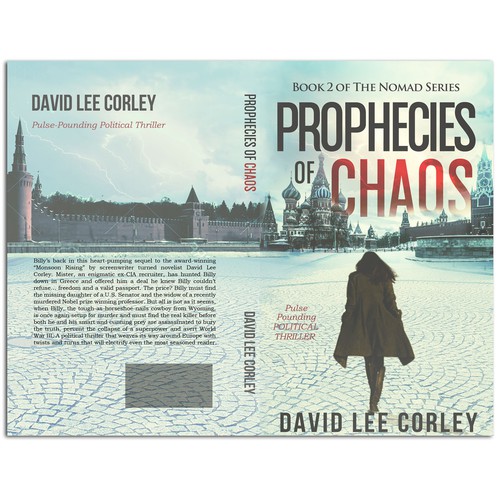 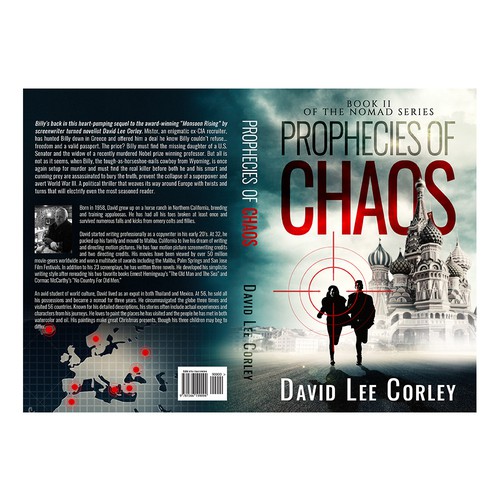 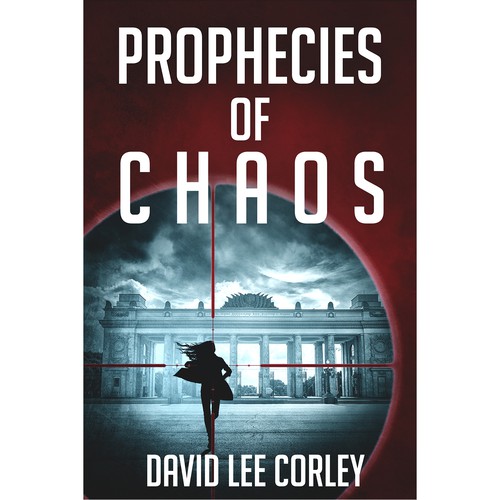 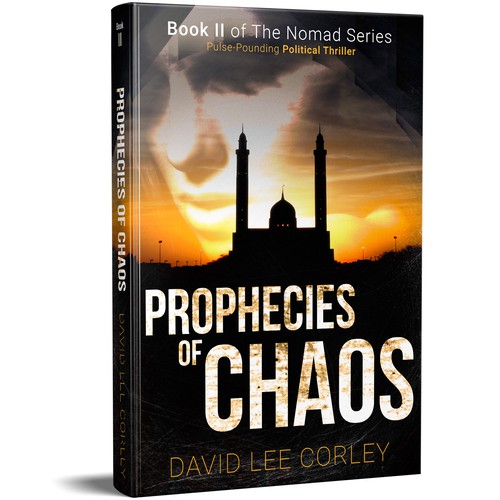 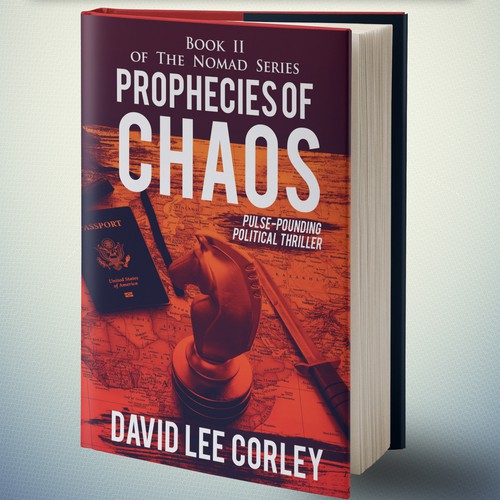 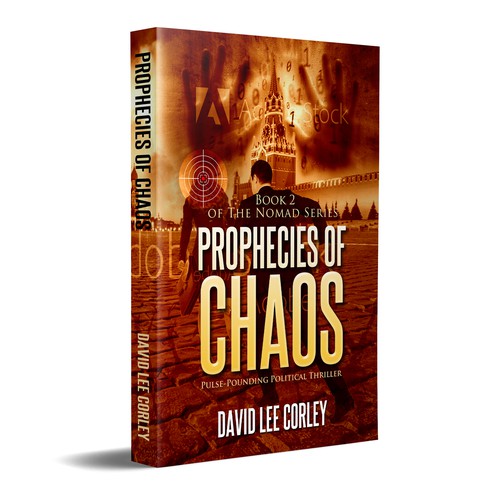 Born in 1958, David grew up on a horse ranch in Northern California, breeding and training appaloosas. He has had all his toes broken at least once and survived numerous falls and kicks from ornery colts and fillies.

David started writing professionally as a copywriter in his early 20’s. At 32, he packed up his family and moved to Malibu, California to live his dream of writing and directing motion pictures. He has four motion picture screenwriting credits and two directing credits. His movies have been viewed by over 50 million movie-goers worldwide and won a multitude of awards including the Malibu, Palm Springs and San Jose Film Festivals. In addition to his 23 screenplays, he has written three novels. He developed his simplistic writing style after rereading his two favorite books Ernest Hemingway’s “The Old Man and The Sea” and Cormac McCarthy’s “No Country For Old Men.”

An avid student of world culture, David lived as an expat in both Thailand and Mexico. At 56, he sold all his possessions and became a nomad for three years. He circumnavigated the globe three times and visited 56 countries. Known for his detailed descriptions, his stories often include actual experiences and characters from his journeys. He loves to paint the places he has visited and the people he has met in both watercolor and oil. His paintings make great Christmas presents, though his three children may beg to differ.

Billy’s back in this heart-pumping sequel to the award-winning “Monsoon Rising” by screenwriter turned novelist David Lee Corley. Mister, an enigmatic ex-CIA recruiter, has hunted Billy down in Greece and offered him a deal he knew Billy couldn’t refuse… freedom and a valid passport. The price? Billy must find the missing daughter of a U.S. Senator and the widow of a recently murdered Nobel prize winning professor. But all is not as it seems, when Billy, the tough-as-horseshoe-nails cowboy from Wyoming, is once again setup for murder and must find the real killer before both he and his smart and cunning prey are assassinated to bury the truth, prevent the collapse of a superpower and avert World War III. A political thriller that weaves its way around Europe with twists and turns that will electrify even the most seasoned reader.

Prophecies of Chaos is a fast-paced, international political thriller. It is the sequel to Monsoon Rising. Both stories feature Billy Gamble, a nomad wondering the world unable to go home to his beloved Wyoming. His only procession is a well-worn pair of cowboy boots that he wears constantly. He has a relaxed style.
This story starts in Norway with the murder of a Noble Laureate of Economics after a speech at Oslo University. During Billy’s adventure, he will travel to seven different countries, including Turkey, Greece, Spain, Morocco, Ukraine, Russia and Iceland. A mysterious figure from Billy’s past called, “Mister” catches up with Billy in Greece. Mister offers to help Billy clean up some of his past sins if Billy can find, Lena Nolan, the widow of the murdered Nobel Laureate and the daughter of a U.S. senator that has gone missing.
Billy travels to Spain where Lena was last seen. He finds her in a flamenco theatre in Madrid and follows her to Cordoba on a high-speed train. In Cordoba, Billy is surprised when two mysterious figures attempt to assassinate Lena with a sniper rifle and a small pistol. He saves Lena and goes on the run with her in hopes of keeping her safe and uncovering the individuals behind the assassination attempt. Together they travel to Morocco where they stay in a funky hostel owned by one of Billy’s past lovers. The two assassins catch up with Billy and Lena in Fez, Morocco where they again attempt to kill Lena in the famous leather tannery. Billy kills both assassins with a knife and discovers they are Russian FSB agents.
Billy and Lena travel to Kiev, Ukraine where Lena’s dead husband has family that will protect her. It is in the Ukraine that the story takes a hard turn. Lena is plotting revenge of the Russian government and people that murdered her husband. She is using a computer program that can topple an entire country and take down its government by creating a chain reaction of events that will create chaos within the society like a line of falling dominoes. The events created are things like fresh water contamination, food shortages, extended power blackouts, government corruption, the collapse of the labor market and the crash of the country’s currency. Lena and her team of family members and friends of her dead husband cross the border into Russia using a zip-line from a Ukrainian hilltop that leads into a Russian forest. In the meantime, Billy is captured by the Ukrainian secret police and turned over to Mister. Mister explains what Lena is doing and why the American government can never allow Russia to fall into chaos. Both the Russian FSB and the American CIA are trying to stop Lena from carrying out her plan.
Billy tracks Lena down and tries to convince her to abandon her plan and travel back to the U.S. with the help of the CIA. She agrees, but Lena is shot by the Russian FSB as they attempt to escape and dies.

Comienza ahora
We need an EYE-CATCHING, STOP IN YOUR TRACKS, book cover for our Personal Finance Lead Magnet
US$199
Anyone who has an interest in personal finance. Generally, 18+, male and female, and primarily in North America.
34
entries
6
diseñadores
Book Cover - "A Brave Heart by William Wallace", a memoir of recovering from traumatic ski accident
US$ 1.199
The book is for people who have been dealt a serious setback in life and are looking for motivation or guidance on how t
125
entries
16
designers
Simple Strong Typography Book Cover
399 AU$
152
entries
47
designers
Coming Out with Christ - (A Spiritual Journey To Finding My Resurrected Identity)
399 USD
“A must-read life story of love and grace for our LGBTQ people, and every pastor, church leader, Christian, family membe
81
entries
17
designer
I need an eye-catching book cover that grabs your attention right away.
499 $US
murder mystery readers, true crime readers, police procedure readers, suspense readers, thriller readers, police enthusi
190
entries
18
designer graphistes
eBook cover for a crime story
EUR 179
Any person who likes crime stories like The Godfather, The Departed, Breaking Bad, etc.
94
entries
20
diseñadores
Más información sobre diseño de portada de libro o revista
Vea como funciona