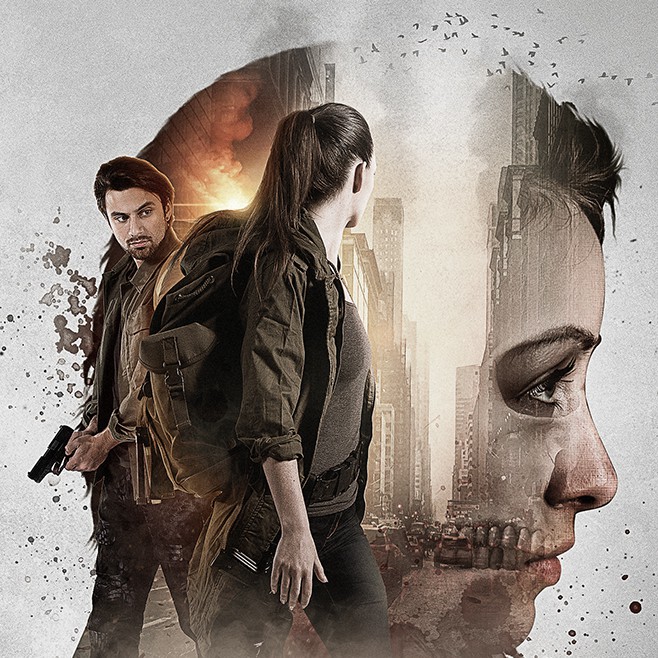 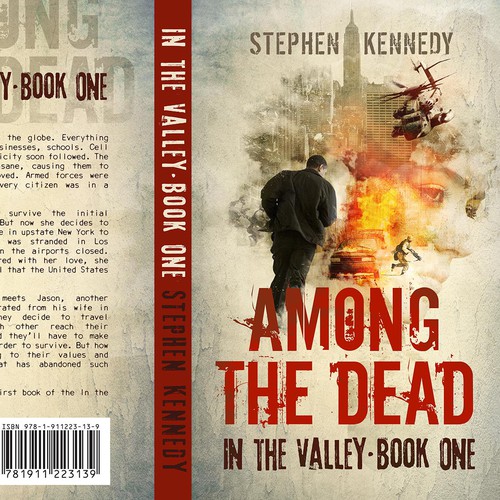 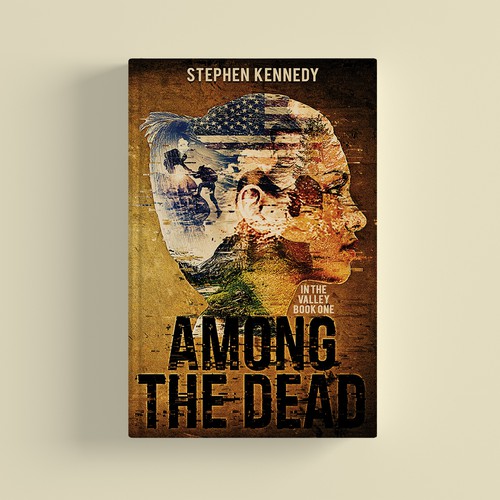 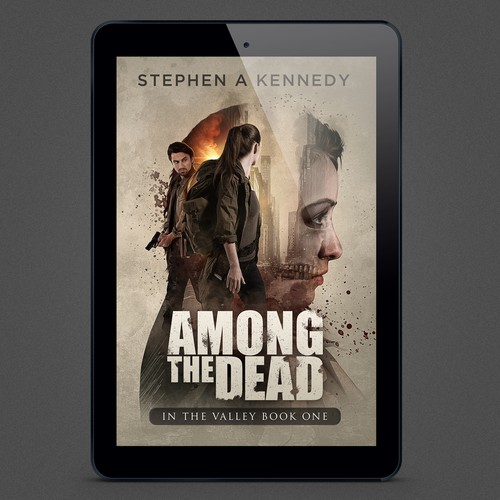 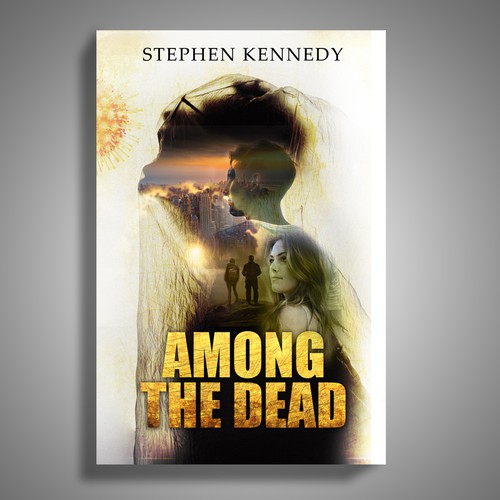 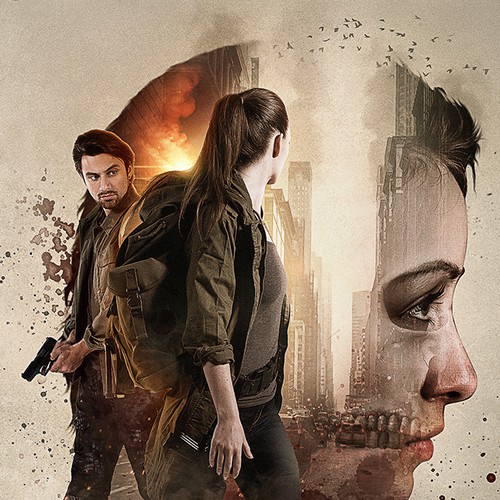 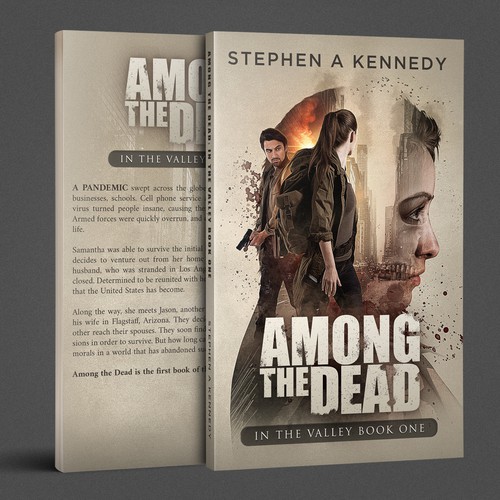 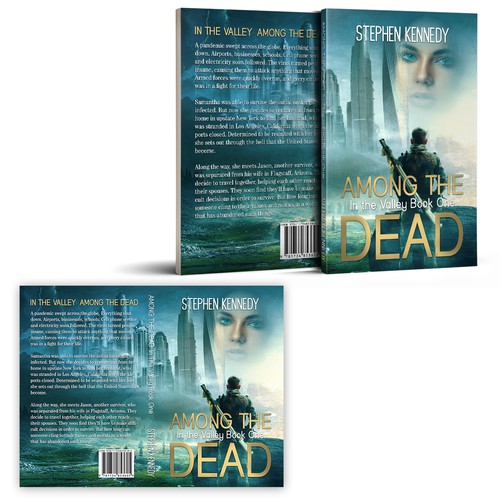 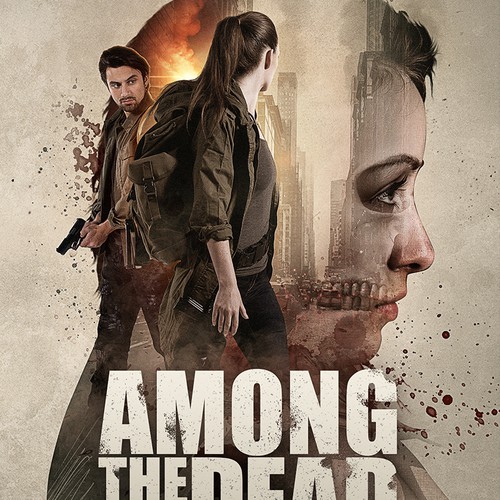 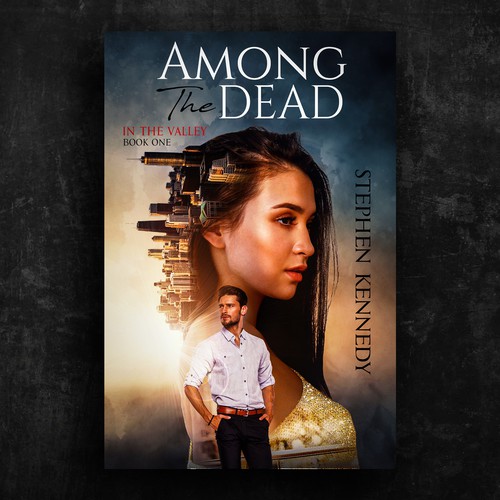 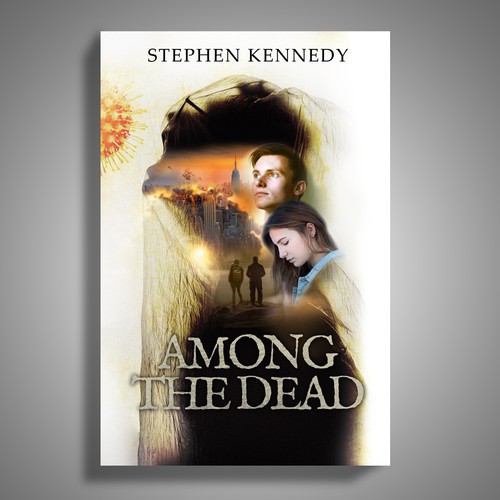 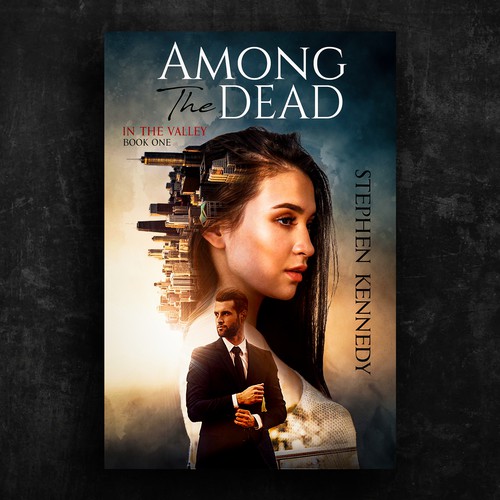 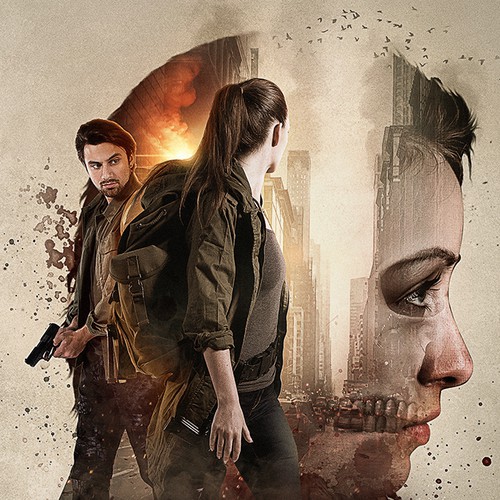 Stephen Kennedy is an award winning writer who doesn't like bragging about himself. He loves drama, action/adventure, comedy, thrillers, suspense, happy endings and sad endings (as long as they make you reflect on life or other important things).

This is a post-apocalyptic drama/action novel, the first of the trilogy.

A pandemic ravages the globe. The virus turns people insane, causing them to attack anyone they see. Society collapses, armed forces are overrun and soon everyone has to fend for themselves to survive.

In upstate New York, Samantha survives the initial onslaught and takes shelter in her home. After things calm down, she decides to travel across the country to find her husband who was stranded in Los Angeles. Along the way, she meets another surviver who is also traveling west. Together, they face the hell that the United States has fallen into.

Target audience is males and females aged 18-45. They are likely fans of franchises like The Walking Dead, Breaking Bad and the Netflix show Narcos. They like action and drama with gritty realism.

I really like the movie poster for Sicario. It gives a gritty feel, plays with double exposure and leaves room to breathe a bit. Not every space is filled, which I like. But it gets across the feeling of action, seriousness, and realism.

I'd like to see some of the main characters, but not just silhouettes of them. I feel like that's been done a lot. As I mentioned before, I like empty space. I feel like that will make the cover stand out. As for font styles, I'm open to suggestions, but don't want anything too outrageous.

I like the thought of simple, as in not an overly-crowded cover filled from edge to edge. Pointing back to the example of the Sicario poster, it has detail in it, but it's contained and structured, so it feels like it has room. I'm open to truly simple designs, as long as they capture the right tone.

The main female character is an attractive woman in her late 20's to early 30's, brunette with a greek nose shape and green eyes.

The main male character is a handsome man in his early 30's with dark hair, either clean shaven or has stubble.

Both are dressed in worn, casual clothes. T-shirt or button up shirt and jeans.

Use of stock photos is fine. I would like it if which ever stock photo model is used has multiple pictures/angles since this is a trilogy and eventually I'll need 2 more covers. Not a requirement, but it would make things easier in the future and I'd greatly appreciate it.

I'm estimating the spine width to be around .8875". Again, this may be adjusted later on.

I really don't like book covers that have so much going on that you get overwhelmed and your eye isn't drawn to anything in particular. As I browse books, if the entire cover is filled with imagery, I just pass it by because nothing has jumped out to catch my attention. I think having empty space on the cover goes a long way to directing the eye and getting noticed. Also I'm not a fan of some of the 2D or 3D animated characters I've seen on some covers. That doesn't mesh with the gritty realism I'm going for.

I included a picture of the cover for The Oncoming Storm. This is an example of a cover that's too busy in a chaotic way. Every inch has something going on and it makes me not even want to click on it. It doesn't draw my attention to a specific part, so I just get tired and scroll past it.

The other examples I gave are ones that I like. They are busy, but it's in a structured way. The use of empty space draws my eye in and makes it easier for my brain to want to look at it and see what's going on. Also, The Oncoming Storm cover is animated/drawn, which is something I want to avoid.

Book cover for non-fiction
US$ 199
Therapists or people interesting in treating certain symptoms using Dialectical Behavior Therapy.
289
entries
19
designers
Contemporary Romance cover
399 $
Readers who like contemporary romance with young professional characters engaged in timely events
44
entries
12
Designer
Book cover for the true story of a Get Money and Do Good family
US$ 499
35-65 adults- male/female- interested in capitalism/business, family- traditional and non, and leaving a legacy. Likely
98
entries
19
designers
Looking for a standout cover for my literary crime novel
US$ 399
Literary crime fiction. I wouldn't presume to compare myself to these others, but the story is more along the lines of F
115
entries
30
designers
Book cover for non-fiction
US$ 199
162
entries
14
designers
Mind blowing cover for a business and money title
199 $
Most people reading the book are experiencing some financial strain. These readers are seeking practical advice on rest
79
entries
14
Designer

Comienza ahora
Mind blowing cover for a business and money title (second book in series)
US$ 199
Most people reading the book are experiencing some financial strain. These readers are seeking practical advice on rest
104
entries
20
diseñadores
Book Cover for WWII Historical Fiction
US$ 399
People who like WWII and historical fiction
71
entries
21
designers
I need a compelling cover for my science fiction novel.
199 $US
Young adult to adult.
83
entries
23
designer graphistes
Atmospheric design for Scottish historical fiction e-book cover
£ 259
the target audience is generally male from ages of 25-40. Initially expected to be primarily UK based people that have h
32
entries
16
designers
Captivating cover for the book "The Way Home"
US$ 299
People in general interested in life stories. People that struggle with addiction.
121
entries
49
designers
paper back and ebook cover
319 £
● They want to lose weight ● They want to improve their overall health ● They want to feel better ● They want to burn
30
entries
9
Designer
Más información sobre diseño de portada de libro o revista
Vea como funciona