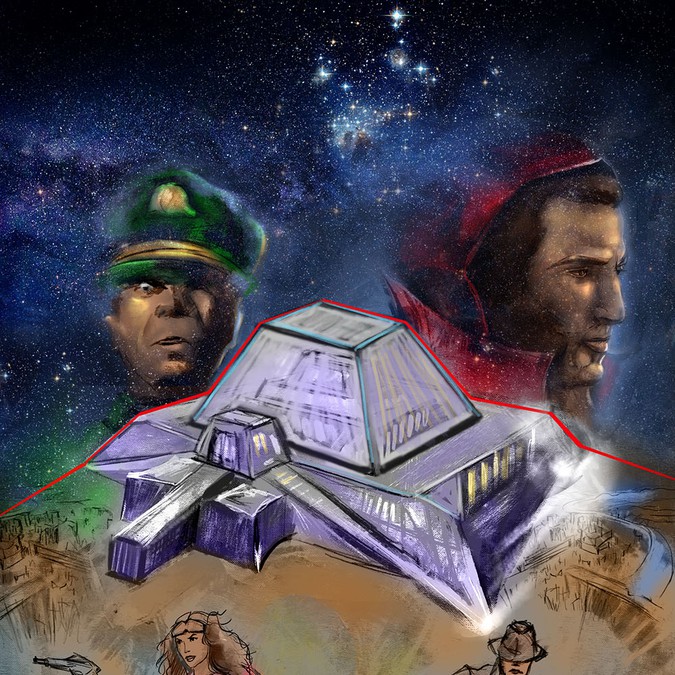 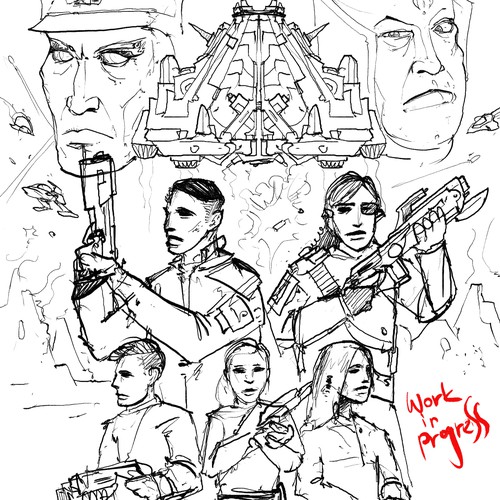 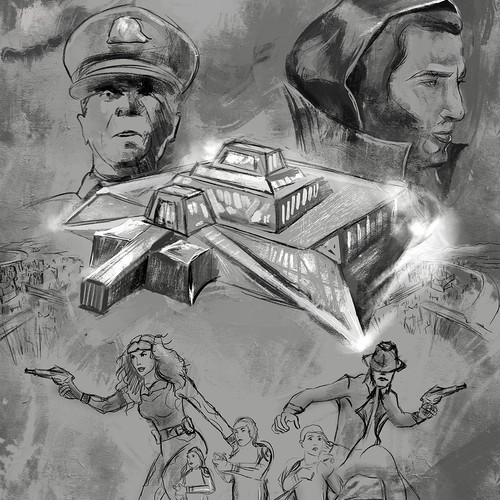 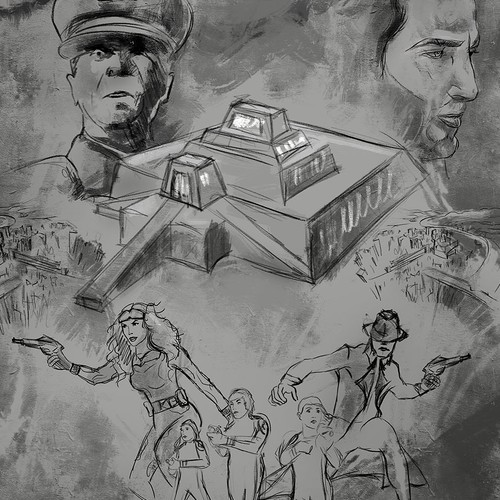 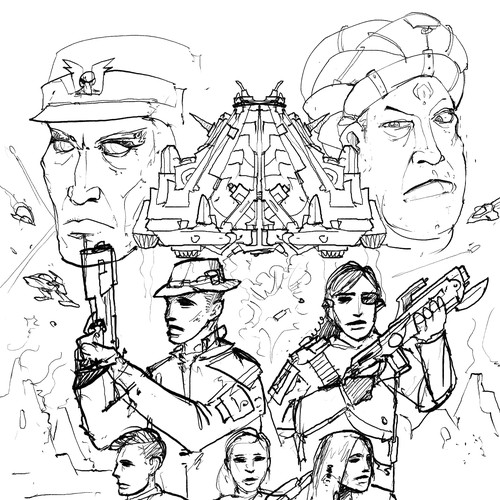 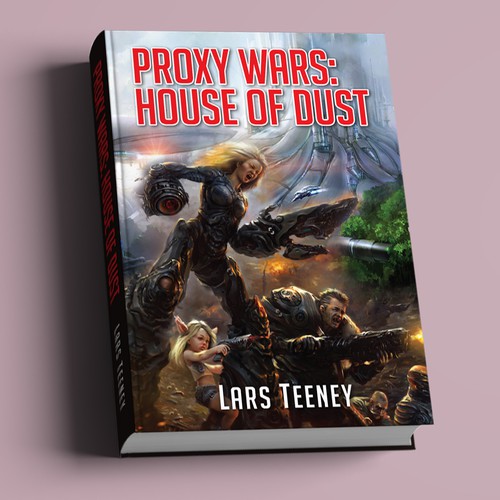 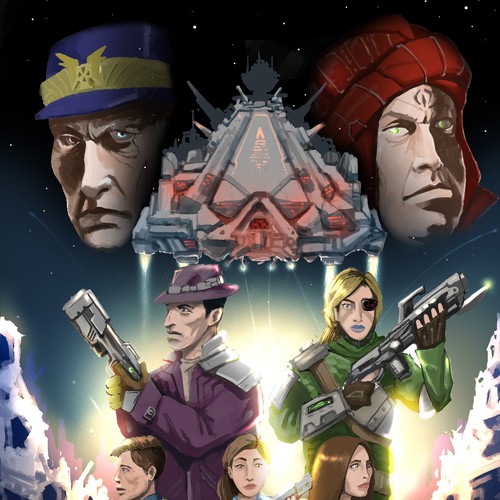 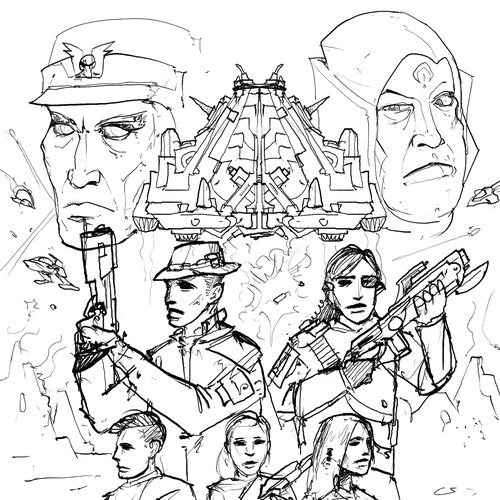 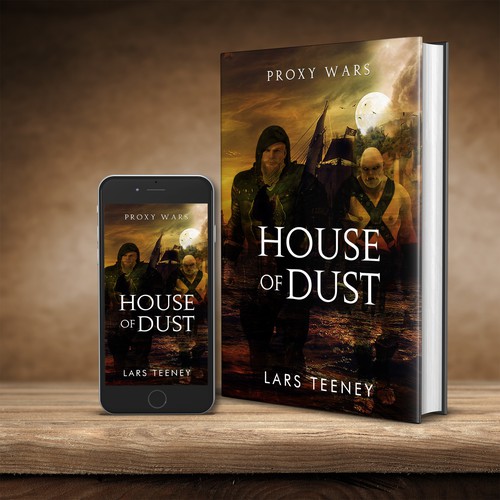 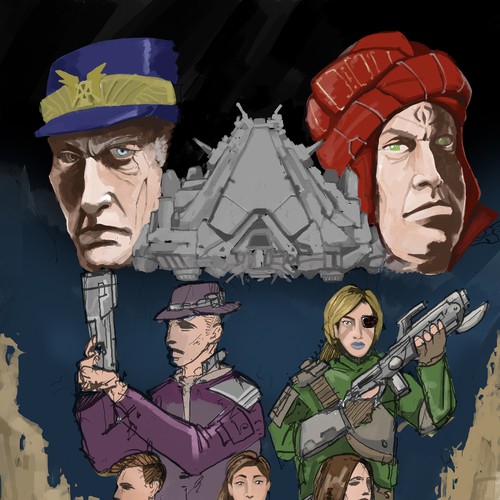 Lars Teeney was born in Montana. After going to an art school in San Francisco, and working for years as a freelance designer for the start-up culture, he became burnt out. He abandoned the Bay Area for the Pacific North-west, where he could hike and bike to his heart's content. He has worked for a variety of technology companies and has a keen passion for politics, history, science and art.

Two intergalactic, ideologically-opposed empires fight a proxy war for control of a barren but mineral-rich planet, Kia. The various tribes, factions, and religious militias are combatants. As the great powers scheme and squabble for mineral rights and economic concessions, the inhabitants of Kia suffer in a never-ending civil war that has ravaged the planet.

Amid the chaos, the Shapira Family ekes out a living by scavenging in the ruins of Kia, both ancient and new. Mirza Shapira struggles to keep her two children, Tasmit and Asor, and their orphaned friend, Gilda, provided for, while the bombs fall, human-traffickers prowl, and the militias clash.

Kids will be kids, even in a war zone, and while on a scavenging run through forbidden, ancient ruins, the children discover the body of a ritually-murdered woman. As Tasmit Shapira vows to solve the mystery of the New Akkadian Surgeon, the children are trailed by an enigmatic sleuth, a wraith, and brutal bullies, as the war escalates and the very civilization of Kia teeters on the brink, in the shadow of the capital ships, Marduk and Tiamat, that orbit the planet like vengeful gods.

I DON"T NEED TEXT ON THE COVER. I will take car of that. Just the illustration.

Science fiction-esque illustration, space-opera-ish. I have attached a thumbnail image to help. 5 figures in the foreground, 3 children (2 female, 1 male), 2 adults (1 man, 1 woman). They all carry scifi guns. They all should look semitic/secular Middle-eastern in ethnicity. The man should look like a futuristic detective, and the woman a soldier. The children you can take liberties with.

In the background should be a capital ship, like a flying ziggurat, carrier vessel. Have fun with this one. Flanking the ship should be two male heads. They are disembodied, super-imposed over BG. One man should look like a military dictator, and the other should look like a Middle-eastern cleric type, dressed in red. Space should be the upper background, and the lower background should be filled with a ruined city/craters on one side and ancient, damaged ruins on the other side of the central figures.

All through out the illustration feel free to add space fighters/bombers in dog fights or whatever. Have fun with it.