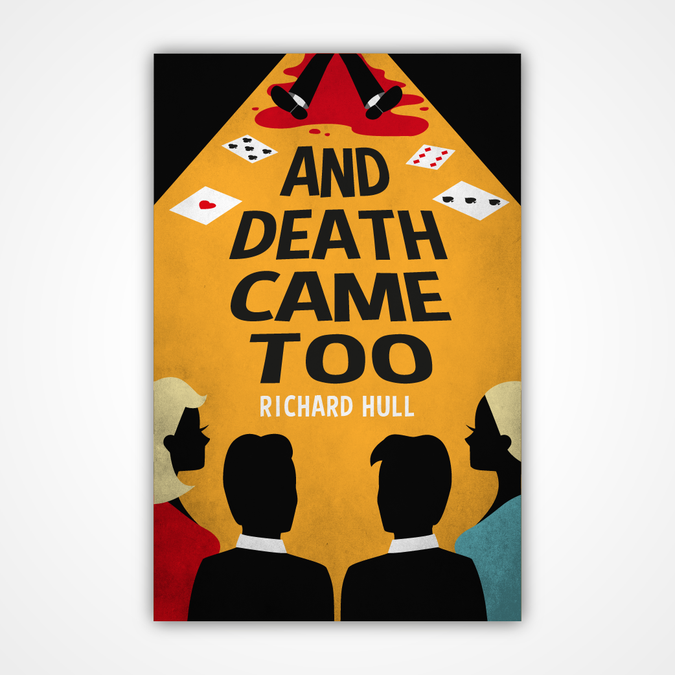 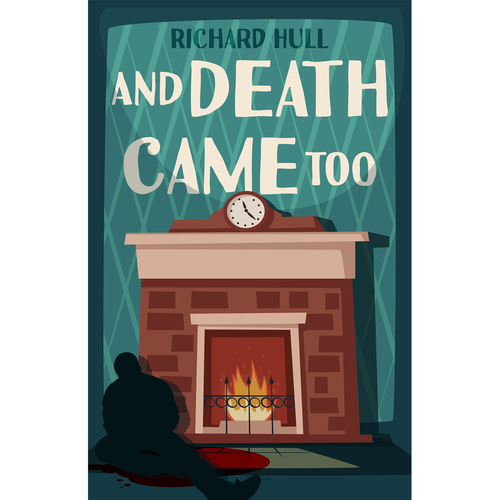 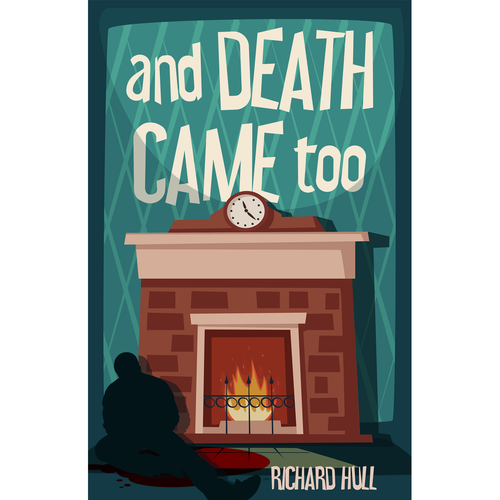 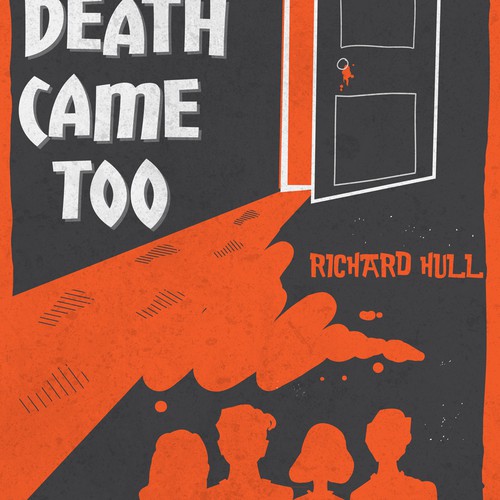 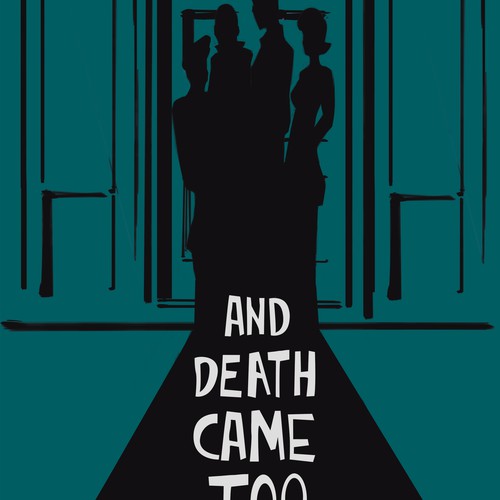 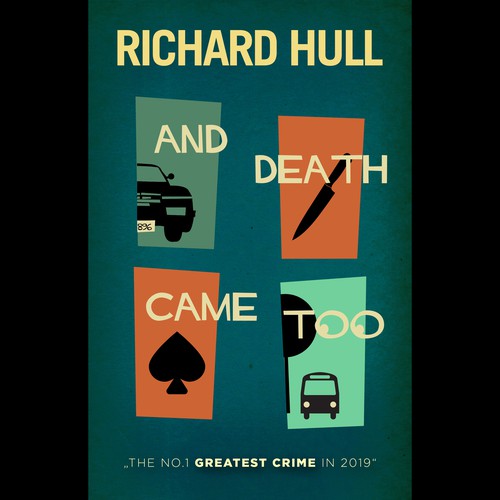 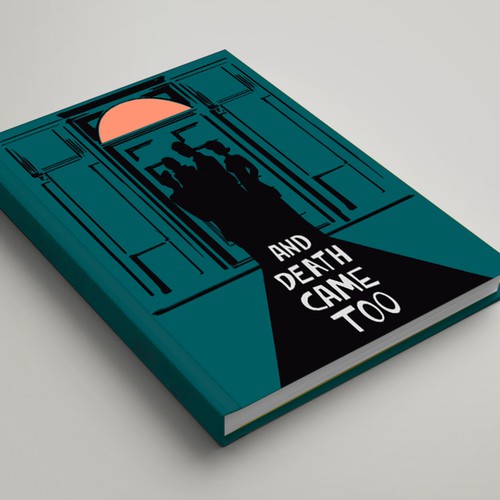 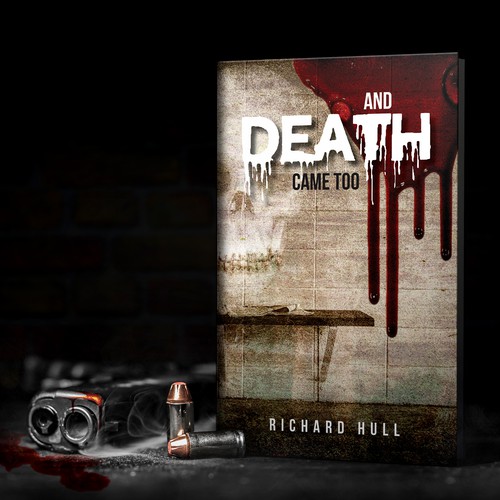 And Death Came Too

Richard Henry Sampson was born in London on 6 September 1896 to Nina Hull and S.A. Sampson, and attended Rugby School, Warwickshire. When the First World War broke out, his uncle helped him secure a commission in the Queen Victoria’s Rifles. At the end of the war, after three years in France, he returned to England and worked as an accountant.
His first book The Murder of My Aunt, written under the pseudonym Richard Hull, was published in 1934. The novel, set in Dysserth, Welshpool, is known for its humour, narrative charm and unexpected twists. Hull moved into full-time writing in 1934 and wrote a further fourteen novels over the span of his career.
During the Second World War, he became an auditor with the Admiralty in London, a position he retained for eighteen years until he retired in 1958. While he stopped writing detective fiction after 1953, Hull continued to take an interest in the affairs for the Detection Club, assisting Agatha Christie with her duties as President. He died in 1973.

*A retired schoolmaster invites four young people to come to his home after a local dance. When they arrive, they find that the schoolmaster has been murdered.*

*Synopsis:* After attending three consecutive evenings of county dance events, accepting an invitation for drinks at the home of a retired schoolmaster is the last thing Patricia and Martin Hands want to do. Eventually, the sister and brother decide to be neighborly and submit, taking Patricia’s fiancé Gerald Lansley and friend Barbara Carmichael with them. The house that awaits them, however, is less than inviting: an odd man named Salter is playing a *solitary hand of cards* while a strange woman in a dress of foreign fashion appears from the service entrance and remains nearly mute. To the new guests’ surprise, the mysterious woman disappears out of the room again, and moments later a flustered police constable arrives, also acting strangely. It appears that their would-be host, Mr. Yeldham, has been stabbed in his study, knocking against the switch for the *fireplace* as he fell. No murder weapon is found on the scene.

From that moment on, the unlucky *quartet* is fatally linked to the curious events of *Y Bryn house in Trevenant, a quiet village in Wales*. Detective-sergeant Scoresby has his work cut out for him, as there is no shortage of promising leads. Martin Hands, who did not want to visit Yeldham and pointedly refused *cigarettes and drinks* while at the house, appears to be holding a grudge against the victim from an incident that concerned Martin and Patricia’s father during the Great War.
Scoresby finds acrimony between Yeldham and his housemaster replacement, Kinderson, at the school the dead man was forced to retire from. And what was the mystery woman’s connection with Yeldham? Does the fact that she fled the scene point towards her guilt as a murderer?

As DS Scoresby continues to investigate, with questionably competent help from Constable Reeves and the poaching-inclined Sergeant Evans, the clues start to accrue. An open book of legal code was found by the dead man’s chair, hardly a tome for light reading; a boy notices part of a *license plate number from a car parked along a dark lane on the night of the murder*; Gerald Mansley apparently lied about the bus stop he used during a visit to London; and Patricia Hands tells the police that *a spring-loaded knife* used for killing game – and belonging to her brother Martin – has disappeared.

When a second murder occurs, the victim being a suspect-turned-blackmailer who knew too much, Scoresby calls everyone back to Y Bryn to present the facts and argue the case against the killer.

Though a lot of the covers I've uploaded are red, black, and white - this is not because we are necessarily looking for a cover in that colour combo- we're open to anything in that sort of retro/propaganda colour scheme.

Definitely prefer a clear font over an elaborate font (generally sans serif over serif, but can be persuaded).

Like a sort of minimalist, clean look, but should still have depth and drama - but just not too busy.

Testing Idea
$299
20
entries
8
デザイナー数
Book cover for non-fiction
199 $
People who suspect they have a narcissist in their life and are looking to get it confirmed.
225
entries
19
Designer
Book cover for a hilarious book about cats
$ 399
People in their late 20s and 30s; people who love cats and cat memes; people who love crime novels; people who love hist
60
entries
22
Designer
Book cover for non-fiction
USD 199
Therapists or people interesting in treating certain symptoms using Dialectical Behavior Therapy.
289
entries
19
diseñadores
Intriguing Science-Fantasy Book Cover for Web-serial Site
JPY 21,399
Target audience is principally users on www.royalroad.com, a web serial site, and thereafter Amazon. Visit RR to get a s
94
entries
17
diseñadores
Stormy, Suburban Neighborhood Cover needed for non-fiction novella. Thank you!
US$399
Men and women ages 18 years old and up.
37
entries
10
diseñadores

Comienza ahora
Join my adventure in love & erotica. Design a hot cover for this intellectual romance.
USD 399
Women or Men between 18 and 99. People who love to read erotica and steamy romance. The book is set in Portland, Oregon.
141
entries
26
designer
Looking for the best cover for reports on latest events.
179 €
It's a series for europeans with good education who want information to better understand relevant national and internat
46
entries
9
diseñadores
We need an EYE-CATCHING, STOP IN YOUR TRACKS, book cover for our Personal Finance Lead Magnet
$ 199
Anyone who has an interest in personal finance. Generally, 18+, male and female, and primarily in North America.
34
entries
6
Designer
Book Cover - "A Brave Heart by William Wallace", a memoir of recovering from traumatic ski accident
1.199 $
The book is for people who have been dealt a serious setback in life and are looking for motivation or guidance on how t
125
entries
16
Designer
Book Cover Design - (Front Only)
£ 159
Men & women 30-50 years old 1-2 stone overweight
72
entries
11
designers
Coming Out with Christ - (A Spiritual Journey To Finding My Resurrected Identity)
$399
“A must-read life story of love and grace for our LGBTQ people, and every pastor, church leader, Christian, family membe
81
entries
17
diseñadores
Más información sobre diseño de portada de libro o revista
Vea como funciona