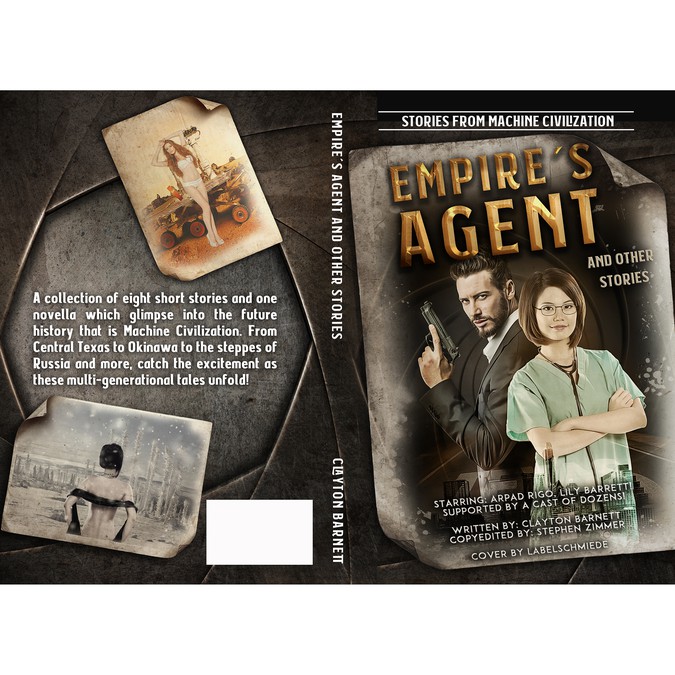 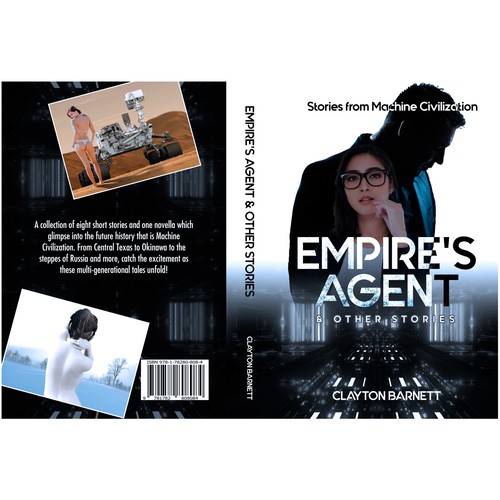 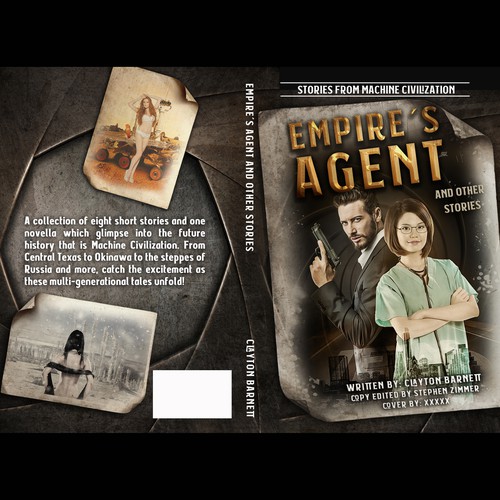 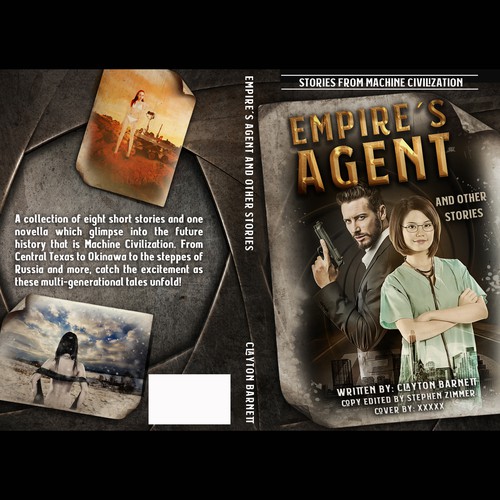 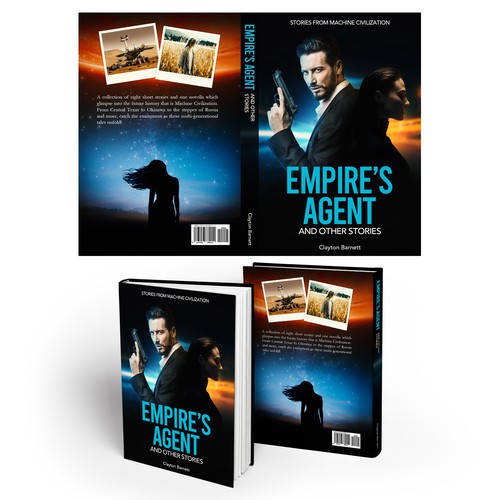 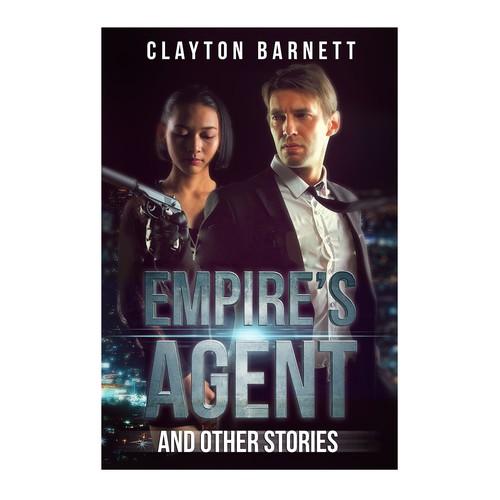 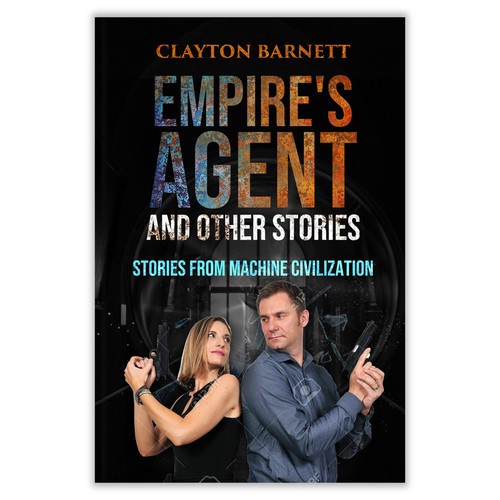 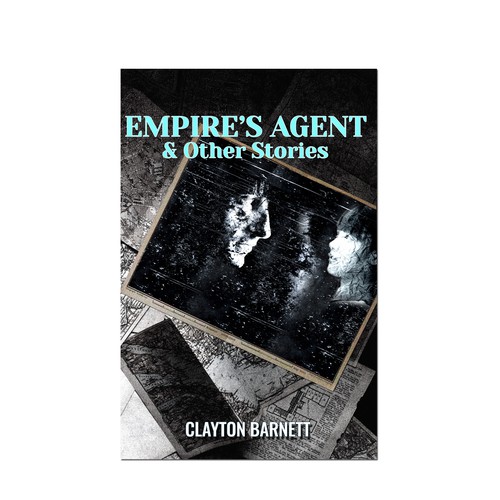 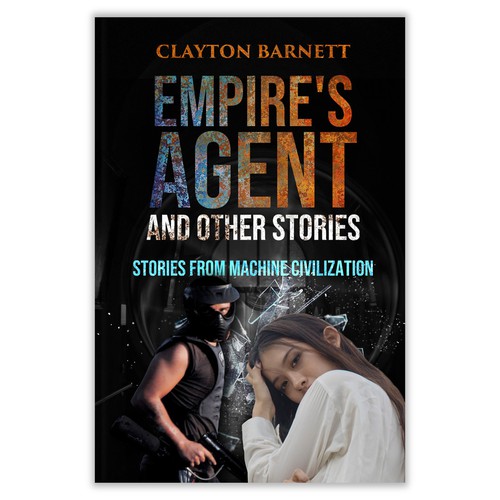 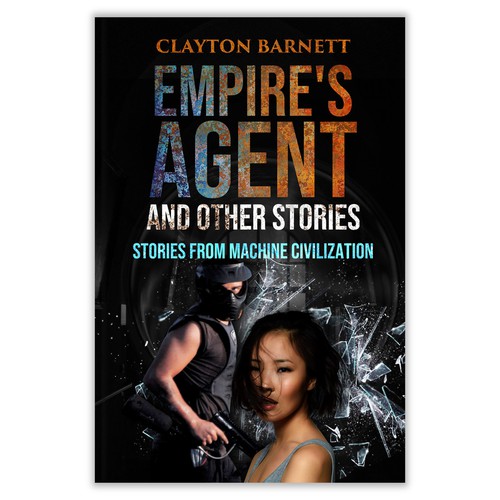 Empire's Agent and Other Stories

"A collection of eight short stories and one novella which glimpse into the future history that is Machine Civilization. From Central Texas to Okinawa to the steppes of Russia and more, catch the excitement as these multi-generational tales unfold!"

Per the awful, hand-drawn image effort of mine, as this is a collection, I wanted to try to show more than one idea without things looking too busy. As you can see from my other 99design & Amazon covers, I prefer faces and photos or photo-realism.

Comprising 45% of the book, Empire's Agent should be the front cover; a love story between a male Hungarian agent and a female Min Chinese nurse (see image of Lily Barrett, from my children's book), set in central Texas. I envisioned a 007-ish movie poster, but I am not at all tied to that idea.

On the back, I thought the character Nichole 5 (see 'Friend and Ally' and 'Foes and Rivals' on Amazon for her image) in a white bikini... on Mars next to the famous Mars Rover, could be one image.

As sex sells, the other could be Reina, facing away from the viewer, on the Russian steppe in the snow. Naked, so from her upper butt up. Porcelain-white skin with adobe hair in an odd cut.

That leaves six more short stories available for you over-achievers out there, if you're interested.