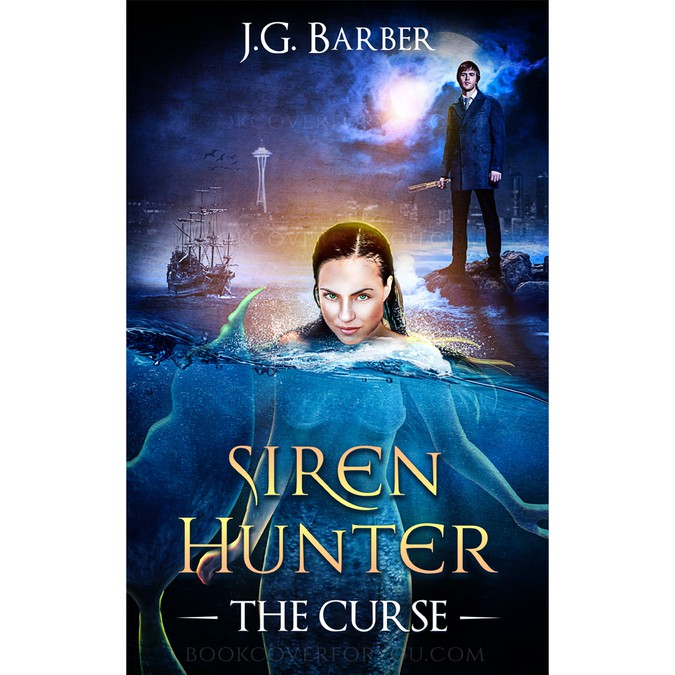 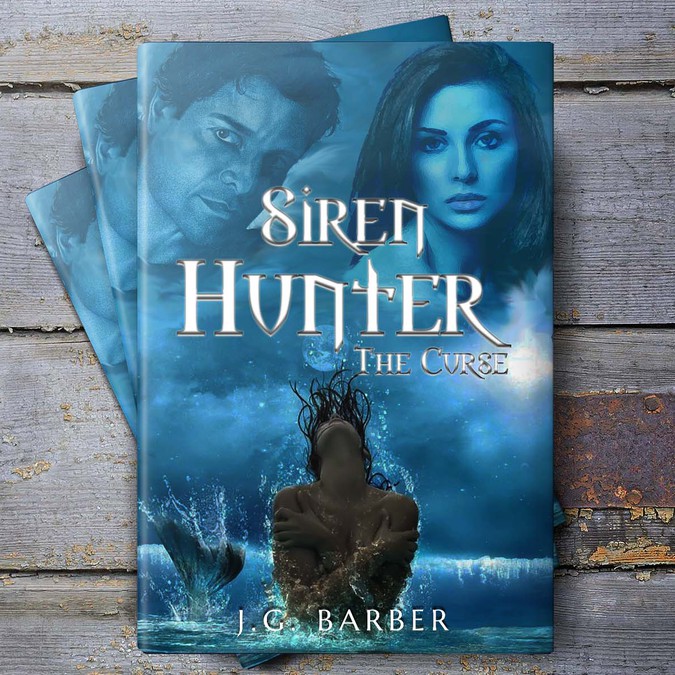 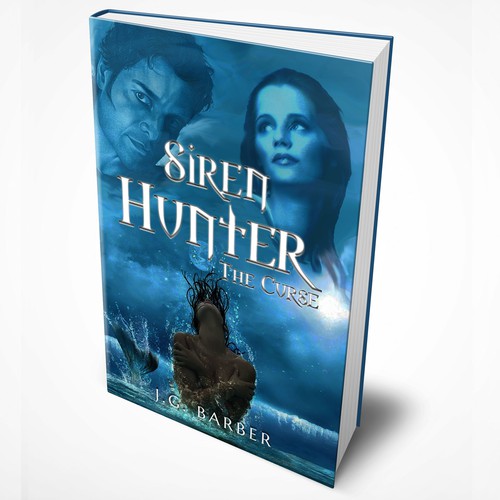 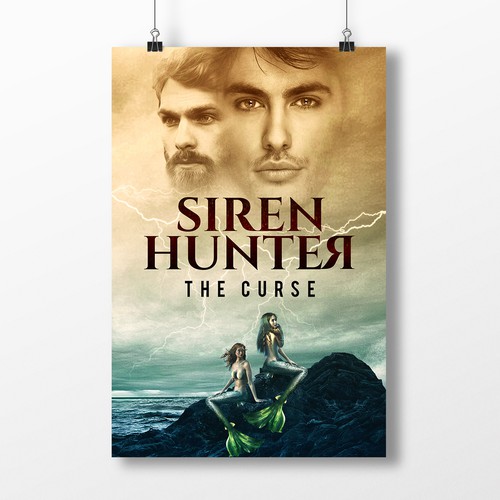 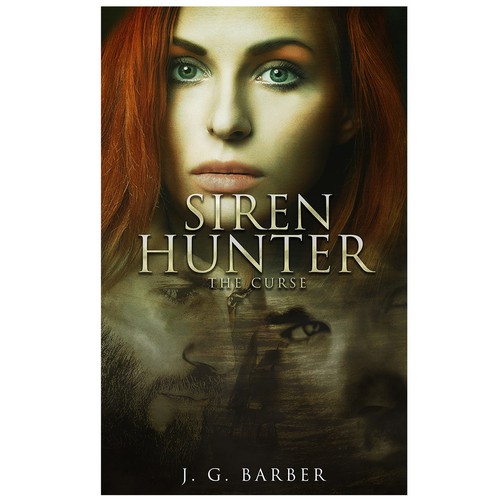 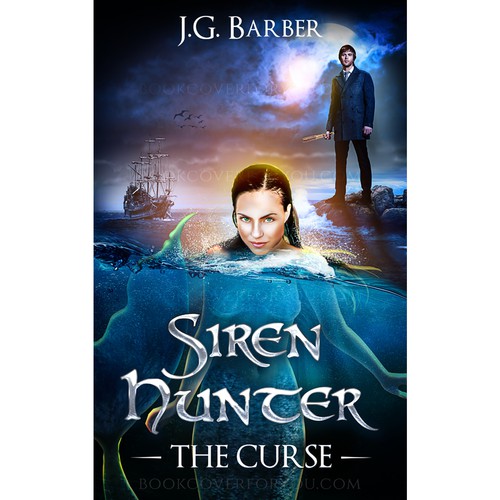 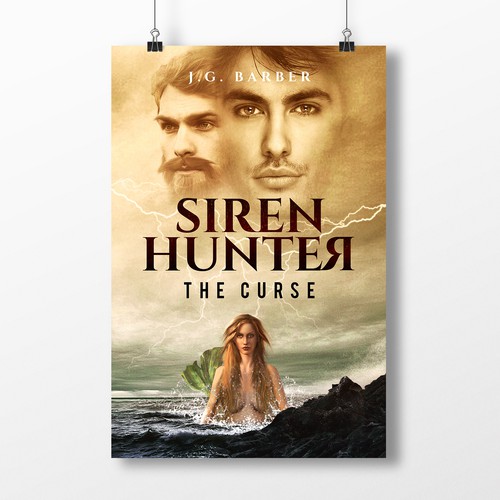 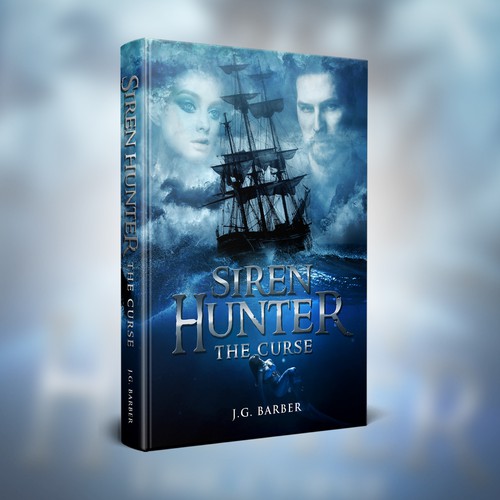 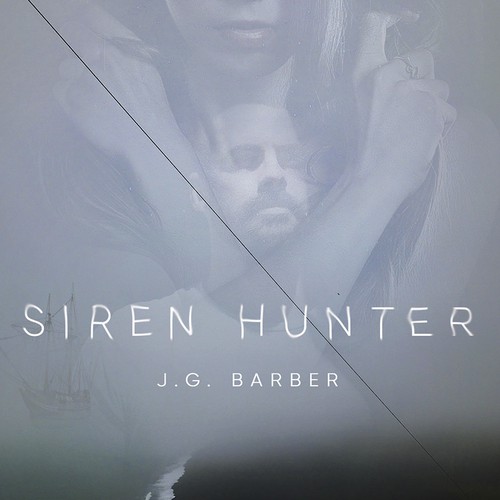 J.G. Barber is a Seattle-based transmedia storyword creator, writer, actor, and award-winning independent filmmaker. Siren Hunter: The Curse is the first story he's told in the e-book format. His subject matter knowledge comes from surviving a lifetime of encounters with modern day sirens and extensive mythological and paranormal research.

Paul Douglass is an obsessive high-tech startup executive working alone to retire early and sail the world with his wife and son, until the CEO brings aboard Lorelei Andressen, a supernaturally beautiful angel investor. Lorelei offers to help close the acquisition deal Paul has been chasing for two years, and he finds himself in partnership with this mysterious woman to whom he feels irresistibly attracted. Isolated from his family and haunted by ancestral memories, Paul begins to unravel the secrets of his family’s past and discovers that Lorelei is a centuries-old siren, who he learns has stolen his family’s wealth for twenty generations by luring the sailors in his lineage to self-destruction. Paul must figure out how to break the ancestral curse, pitting sailor against siren in an epic battle for his soul…and his son’s.

Adult audiences 18+, male and female, anywhere in the world, who are enchanted by siren myths and the siren's call of high tech wealth. This is a story for people who love the thrill of being seduced by the wrong person/situation and watching the train wreck that ensues. There is no Happily Ever After here.

There's a shadow of another life in the background, the current life in the foreground
Dark and mysterious, conveys an age-old battle fought in a high tech world
Features two people and the photo conveys their relationship
Classic depiction of The Odyssey, as Odysseus and crew row by the isle of the sirens
The sailor, his boat wrecked on the rocky shores, drowns as he tries to reach the siren
Sirens use their bodies, feminine charms, and their song to lure sailors
Lorelei's nudity is artwork and mystery, not porn
Lorelei's grief is magnetic
Classic painting of a sailor approaching the Loreley rock on the River Rhein in Germany
Sailor, best watch your course...Lorelei is one with the water and her goal and reason for existing is to lure you to self-destruction, by any means necessary.

Foreground:Sailor vs. Siren
Background: their present day lives in the shadow of their ancestral lives; 21st century high tech ocean sailing in the shadow of 16th century wooden boat river sailing, Seattle high tech industry wealth in the shadow of life in a 16th century German village on the Rhine River. This may be too much complexity for a book cover, simplify as necessary.
There are photos attached of some actors/models who capture the look of the characters. I do not have any rights to use these photos. They are provided for creative inspiration only, to give you an idea of how I envision these characters to look.
- Paul, the Sailor: Seattle modern, strikingly good looking like Ryan Gosling but haunted by the shadow of his 16th century sailor ancestor who cursed his lineage as siren bait. See photo attached of Ryan; the other male photo shows what Paul's ancestor, Erik, might look like. Note, Erik is filled with rage over his centuries-old betrayal by Lorelei.
- Lorelei, the Siren: the siren's true power is the offer to know the unknowable--she should be exotic and modern looking, buxom and irresistibly sexy, but her allure comes from her mystery, not from her slut. See photo attached, the brunette (21st century Lorelei).
Reference links:
http://tvtropes.org/pmwiki/pmwiki.p…th/Lorelei
http://mermaidsofearth.com/mermaid-…ei-statue/
https://en.wikipedia.org/wiki/Siren_(mythology)
Note that the story includes two sirens, Lorelei and Leucosia, partners in crime over the centuries spanned by the story. Lorelei is a supernatural siren entity that possesses women. Leucosia (see attached photo, the redhead--check out her eyes!) is one of the last survivors of the original genetic sirens and is capable of shape-shifting into half-woman/half-creature such as mermaid, bird-woman, snake-woman, and lion-woman.
The story focuses on the relationship between Paul and Lorelei, thus my vision for Sailor vs. Siren; Leucosia is a supporting character. However, if your artistic instinct leads you to focus on the sirens, I'm open to it. Leucosia is a fascinating character, very sexy and powerful but with fierceness, weariness, and humility born of surviving for millennia. Lorelei and Leucosia together are a compelling combo.

This is what Paul's ancestor, Erik, might look like (dressed in modern clothing, here's how a 16th century sailor would dress: https://www.pinterest.com/nicolinb/16th-century-sailors/). Note, Erik is filled with rage over his centuries-old betrayal by Lorelei.
Lorelei, the Siren: the siren's true power is the offer to know the unknowable--she should be exotic and modern looking, buxom and irresistibly sexy, but her allure comes from her mystery, not from her slut.
Leucosia check out her eyes!) is one of the last survivors of the original genetic sirens and is capable of shape-shifting into half-woman / half-creature such as mermaid, bird-woman, snake-woman, and lion-woman.
- Paul, the Sailor: Seattle modern, strikingly good looking like Ryan Gosling but haunted by the shadow of his 16th century sailor ancestor who cursed his lineage as siren bait.

Comienza ahora
Book Cover for Historical Adventure/Romance Novel
199 US$
People who like Phantom of the Opera, historical fiction and historical romance.
63
entries
7
designers
paper back and ebook cover
GBP 319
Someone is reading this book to understand how to get the best loan offer by boosting his three-digit credit score. He m
43
entries
8
diseñadores
We need a powerful book cover for a Science-Fiction novel
EUR 359
The target audience is between 25-45 years old, speaks French (France, Canada, Belgium, Switzerland), who likes Sc-Fi
67
entries
12
diseñadores
Minnesota Cabin scene to appeal to women who like love stories
399 $US
Female, USA, 18-50
142
entries
27
designer graphistes
The Garden of Shadows and Bones
MXN 10.099
My books are geared towards New Adult. They are mainly about dark fantasy with witches and magic.
62
entries
24
diseñadores
Captivating cover for the book "The Way Home"
299 $US
People in general interested in life stories. People that struggle with addiction.
121
entries
49
designer graphistes
Más información sobre diseño de portada de libro o revista
Vea como funciona