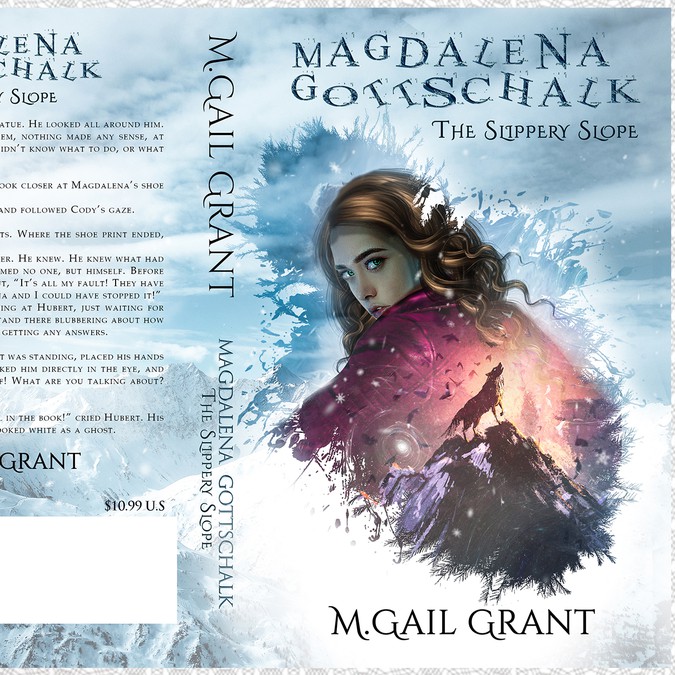 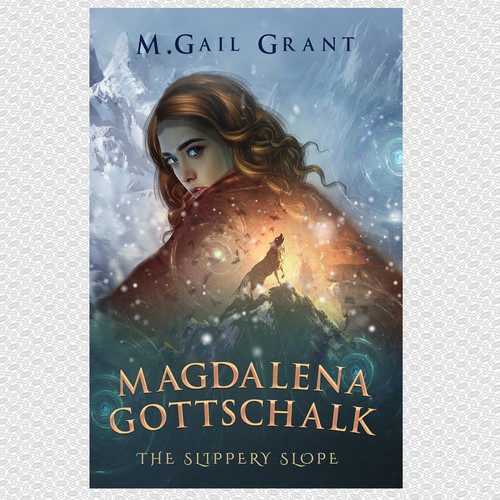 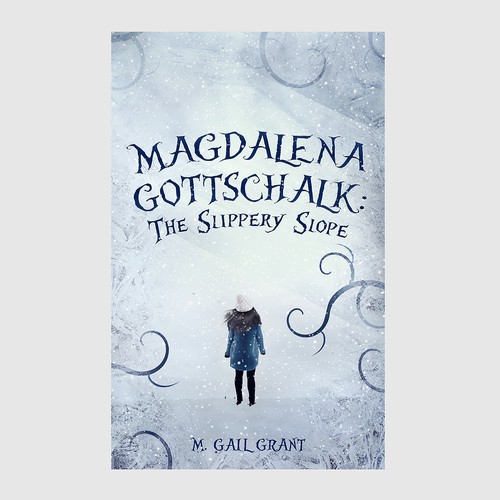 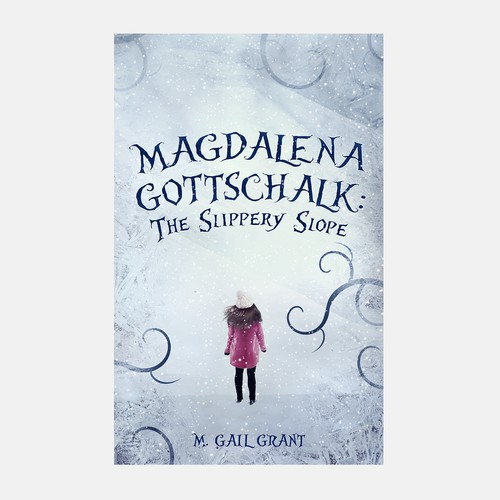 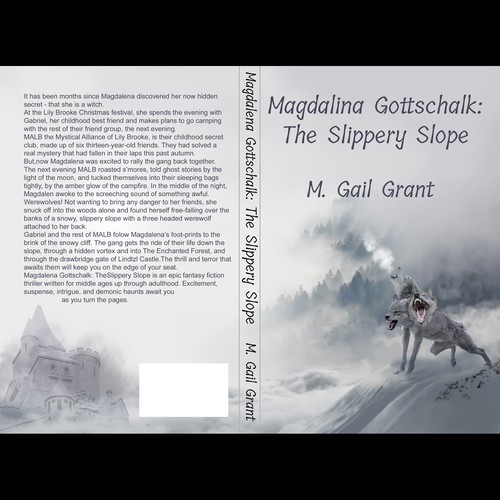 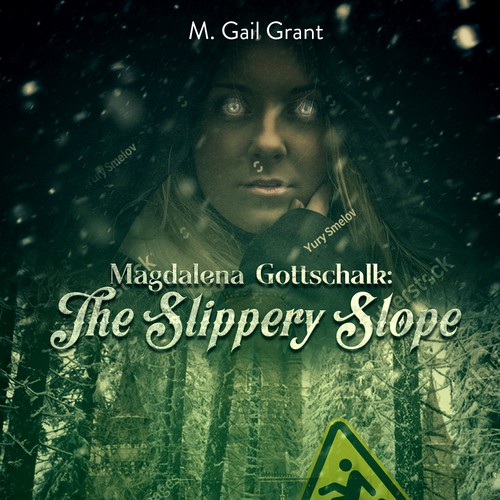 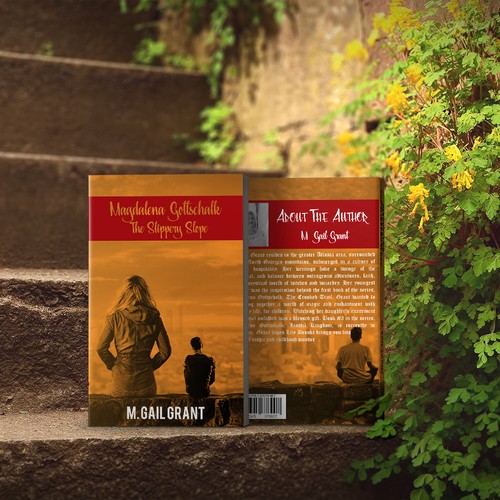 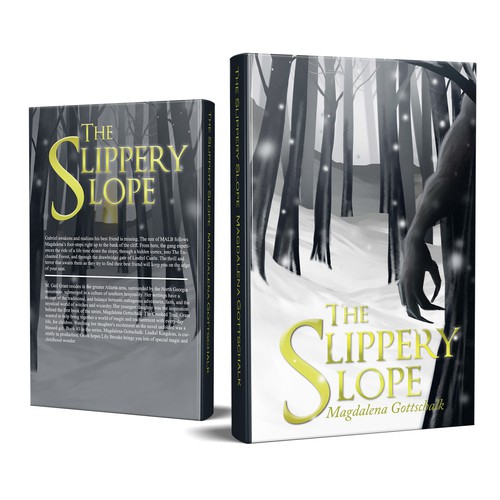 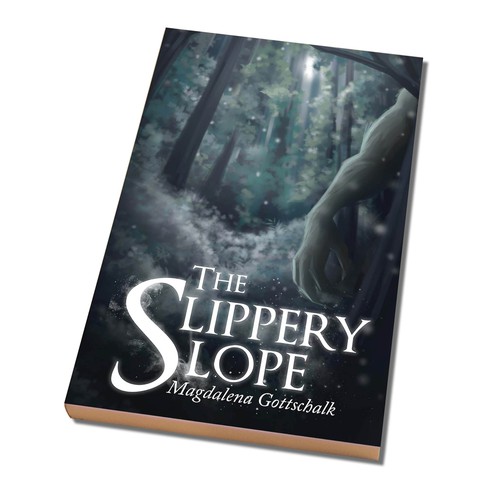 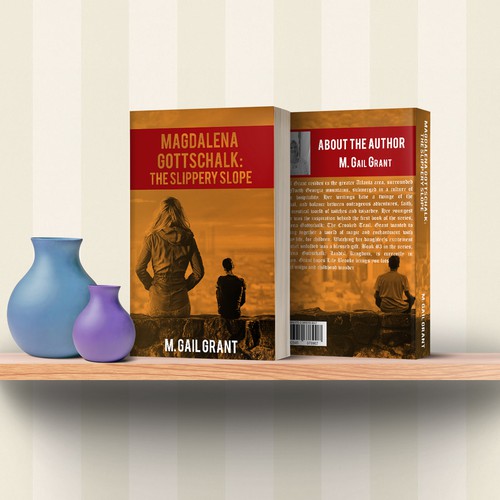 M. Gail Grant resides in the greater Atlanta area, surrounded by the North Georgia mountains, submerged in a culture of southern hospitality. Her writings have a twinge of the traditional, and balance between outrageous adventures, faith, and the mystical world of witches and wizardry. Her youngest daughter was the inspiration behind the first book of the series, Magdalena Gottschalk: The Crooked Trail. Grant wanted to help bring together a world of magic and enchantment with every-day life, for children. Watching her daughter's excitement as the novel unfolded was a blessed gift. Book #3 in the series, Magdalena Gottschalk: Lindtzl Kingdom, is currently in production. Grant hopes Lily Brooke brings you lots of special magic and childhood wonder.

It has been months since Magdalena discovered her now hidden secret. She had hoped to realize her soul purpose on her thirteenth birthday. And, that she did. She has spent the past few months coming to grips with the realization that she is indeed, a witch.

The Christmas holiday is days away, and her utmost favorite time of the year. Deciding to leave her recluse position at home, she ventured to the Lily Brooke town square to share in the singing, laughing, dancing, and holiday festivities.
Sitting underneath the twinkling Christmas lights, in the newly-fallen snow, she sees Gabriel approaching. Her heart skipped a beat, as Gabriel is her childhood best friend. She hadn’t realized how much she missed him these past few months, while holed up in her bedroom for days.

After spending a much-needed evening with Gabriel, Magdalena agrees to go camping with the rest their friend group, the next evening. MALB, the Mystical Alliance of Lily Brooke, is their childhood secret club, made up of six, thirteen-year-old friends. They had grown up thinking they were the secret crime solvers of Lily Brooke. Needless to say, they hadn’t expected the real mystery that had fallen in their laps this past autumn. But, time heels, so Magdalena was excited to rally the gang back together.

The next evening, MALB roasted smores, told ghost stories by the light of the moon, and tucked themselves into their sleeping bags tightly, by the amber glow of the campfire. In the middle of the night, Magdalena awoke to the screeching sound of something awful. Realizing it was werewolves, and not wanting to bring any danger to her friends, she snuck off into the woods to deal with the problem alone. Not expecting the turn of events, Magdalena found herself free-falling over the banks of a snowy slippery slope with a three-headed werewolf attached to her back.

Gabriel awakens and realizes his best friend is missing. The rest of MALB follows Magdalena’s foot-steps right up to the bank of the cliff. From here, the gang experiences the ride of a life time down the slope, through a hidden vortex, into The Enchanted Forest, and through the drawbridge gate of Lindtzl Castle. The thrill and terror that awaits them as they try to find their best friend will keep you on the edge of your seat.

Magdalena Gottschalk: The Slippery Slope, is an epic fantasy fiction thriller written for middle grade ages up through adulthood. Excitement, suspense, intrigue, and demonic haunts await you as you turn the pages.

The ebook will be distributed through Ingram Spark as well as Amazon, iBooks, etc...

I like how the scene is more simple, yet creates an emotion or feeling of the vast unknown. Sometimes I think less is better,
I like the ambiance of this design. It feels cold, mysterious, and not a lot of colors going on. I also like the play on the font with the E and S
This feels like digital painting to me (although I am not a designer which is why I'm not designing the cover myself), which I like. It gives me the feel of texture, simple color pattern, but feels appropriate for middle age to young adults.

Primary color pattern should white / neutral shades as the setting is a wintery in the forest.

The title of the book refers to The Slippery Slope. I would like to use white glistening snow as the main backdrop, with a steep slope and treacherous terrain. The book is mysterious and spooky, but a children's novel. I am looking for a blend age appropriate drama and suspense, but in a winter white magical setting. From past experience, I tend to like covers featuring digital painting. One of the main attractions in the book is a three-headed werewolf, just in case that gives any ideas.

Here is a link to the book trailer: https://www.youtube.com/watch?v=jvORmqZU0Y0

Stock imagery is okay as long as there is a copyright release for commercial use.

Bright yet ominous book cover: black-winged Dark Angel who hunts the faithless in the city
US$ 299
Primarily young adult to middle age. Book appeals to both men and women. There are elements of Christian faith in the
163
entries
37
designers
What is your idea of a powerful ebook cover for this book?
279 SGD
Women and men, but mainly women age 28 to 58, single or in a relationship. No specific location.
99
entries
19
Designer
Creative Personal Development / Self-Help Book Cover Needed!
749 US$
Male, ages 25 - 55, married with children, United States, following conventional wisdom and waking up one day to realize
323
entries
51
designers
Creative book cover featuring large butcher’s knife dripping blood
AU$ 269
31
entries
15
Designer
Black Jane Austen
US$ 199
African American Women Women Jane Austen Lovers
24
entries
12
designers
Coming Out with Christ - (A Spiritual Journey To Finding My Resurrected Identity)
$399
“A must-read life story of love and grace for our LGBTQ people, and every pastor, church leader, Christian, family membe
81
entries
17
デザイナー数

Comienza ahora
Classy cover for a memoir. A woman discovers a family secret; her real father was a priest.
$ 499
Classified as memoir, I see my audience as women, middle aged plus. Women interested in family relationships and the inh
158
entries
38
Designer
Modern art nouveau-style fantasy cover for printed book. Ebook cover project to follow.
£ 319
Primarily for adults, but younger readers would enjoy it too. A general audience that likes epic fantasy with psychologi
8
entries
2
designers
paper back and ebook cover
GBP 319
Someone is reading this book to understand how to get the best loan offer by boosting his three-digit credit score. He m
43
entries
8
diseñadores
Contemporary Romance cover
US$ 399
Readers who like contemporary romance with young professional characters engaged in timely events
44
entries
12
designers
The Death of Neo-Darwinism
199 US$
This is a hot topic and would be of interest to anyone in the academic community regardless of the discipline.
26
entries
11
designers
paper back and ebook cover
£ 319
Someone is reading this book to learn the most effective way to write a to-do list that will keep them motivated and pro
51
entries
20
designers
Más información sobre diseño de portada de libro o revista
Vea como funciona