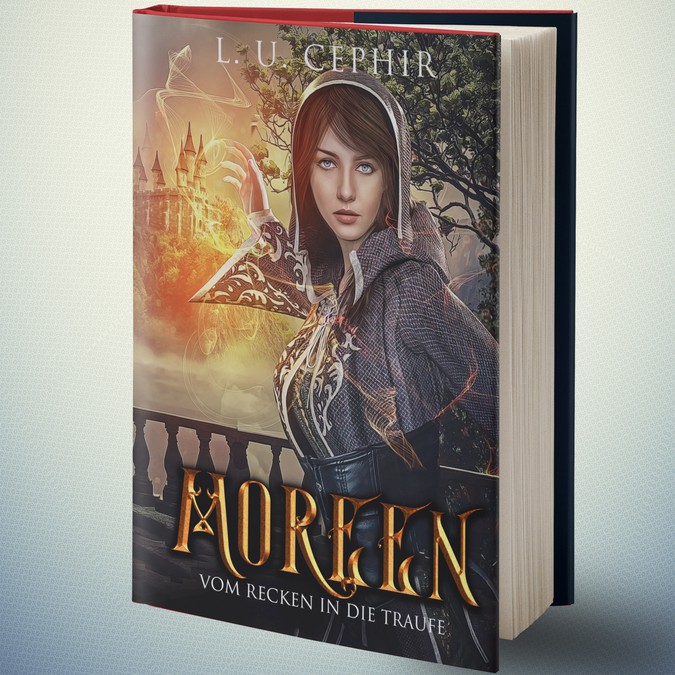 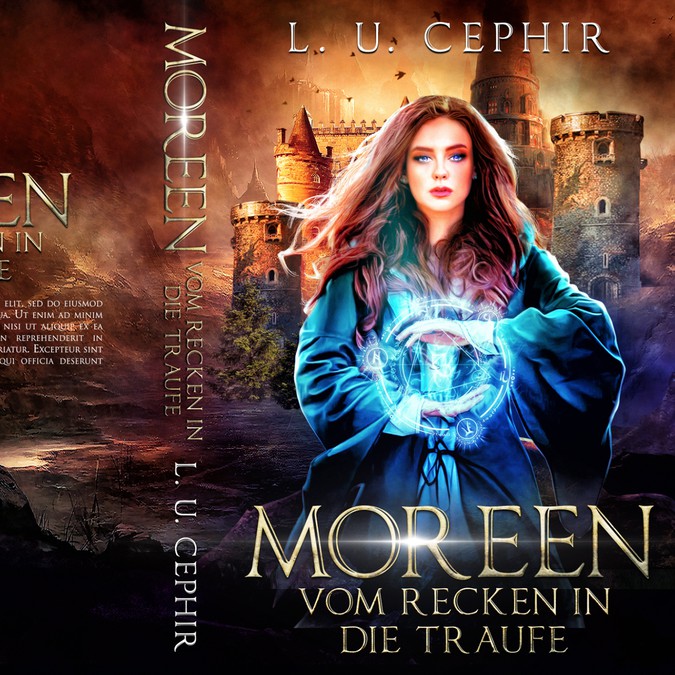 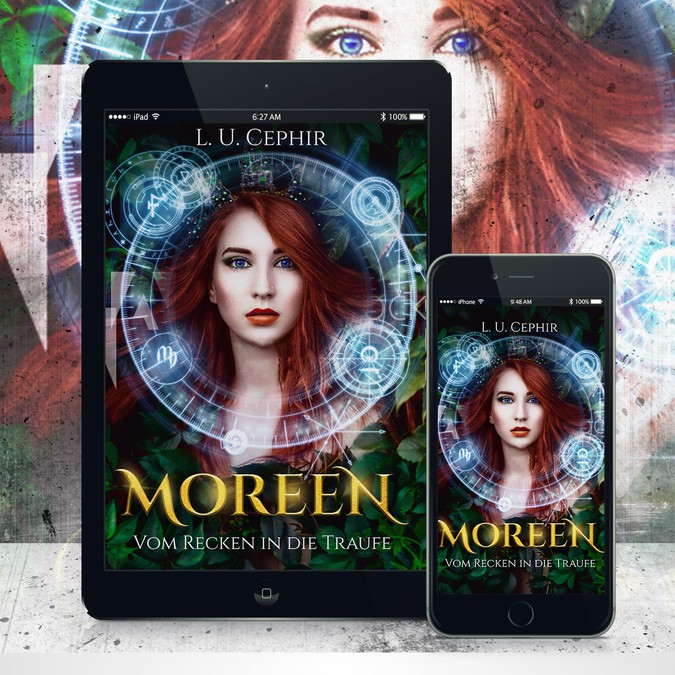 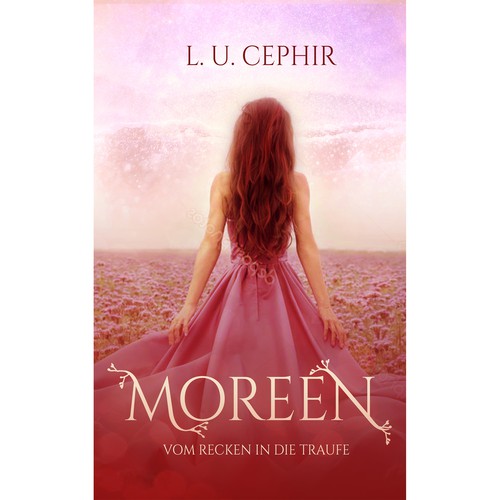 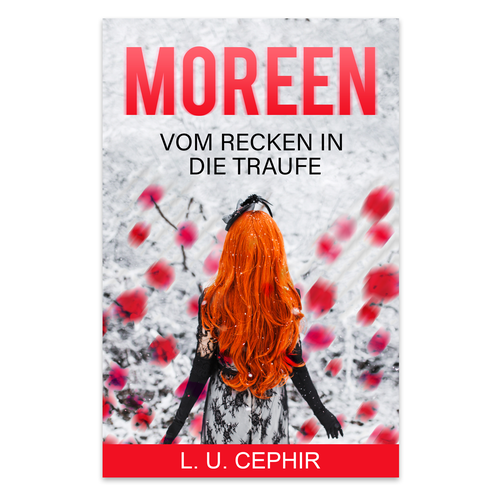 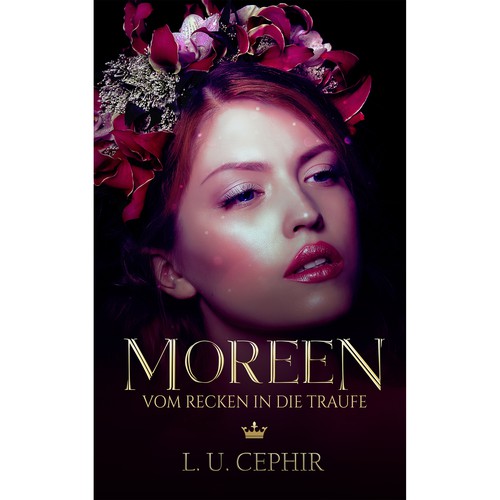 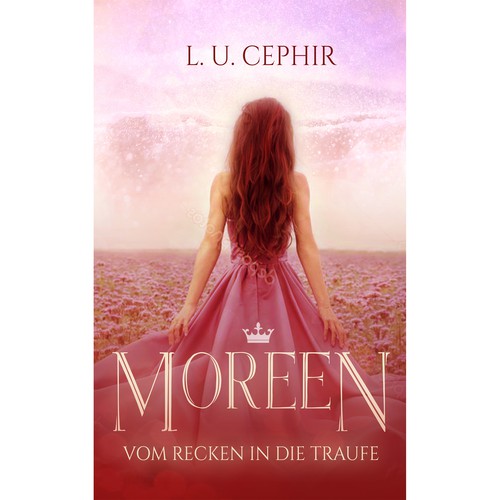 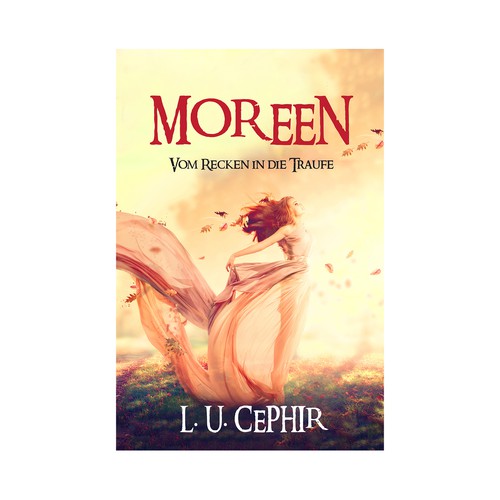 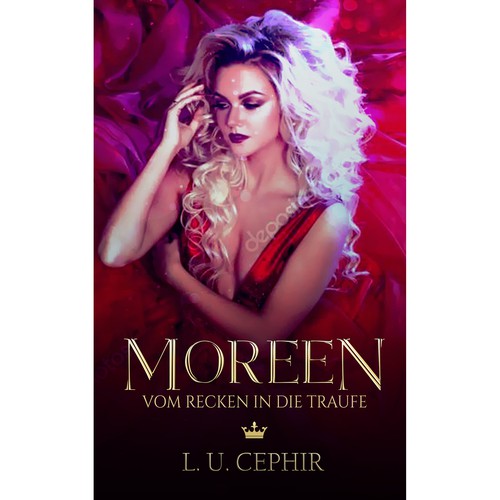 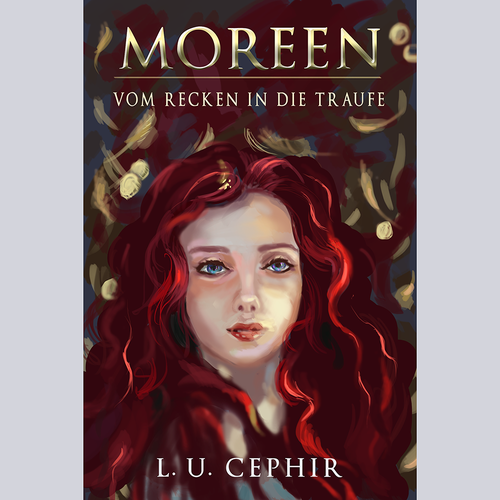 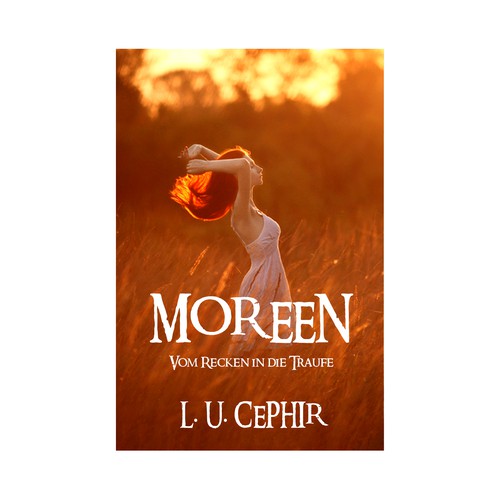 Moreen is the young daughter of a poor baron living in a remote area. Her parents plan to marry her off to an old rival. Shortly before her 16th birthday she visits the King's capital for testing of her magical abilities and her introduction into society. She again falls for the crown prince but can not hope to win his heart, let alone for a future at his side. But everything changes when she saves his life...

The story is set in a fantasy world, similar to Europe during (late) middle ages / beginning of new age. No technology, no shotguns, no steam engine, armed warriors on horse, carts drawn by horse or oxen. Mages hold power, but a King rules officially. I am writing High Fantasy (with dark villains to be sure), not Dark Fantasy. Think of Tolkien's LOTR, Harry Potter (without contemporary elements)... Also, there is some violence hinted at, but not described explicitly in too much detail.

Please include a young woman (maybe even a couple) in your concept and consider the following physical traits for Moreen:

and for the prince:

These traits are no strict requirements. In case your cover delights me I will simply have to rewrite the novel :-) Just kidding, I will never ever change even a single word :-)

This novel is intended for fans of high fantasy / epic fantasy tired of the ubiquitous dragons and vampires. The target audience is younger women, although any adult should enjoy the story.

The subtitle is a pun on the german saying 'vom Regen in die Traufe', meaning 'out of the frying pan into the fire', literally: from rain to eaves / rain pipe. A 'Recke' is a warrior and intended as a hint at the enforced marriage with the old rival.

I definitely want to see an image of Moreen, showing or hinting at her magical abilities (which are more of a passive nature, she can see magic and life forces).

*UPDATE* 2018-12-12 : Please avoid any dragons, werewolves, or vampires as these simply do not exist and are pure fantasy :-) Also, there is no special animal / companion / pet featuring in the novel, so leave that out as well.