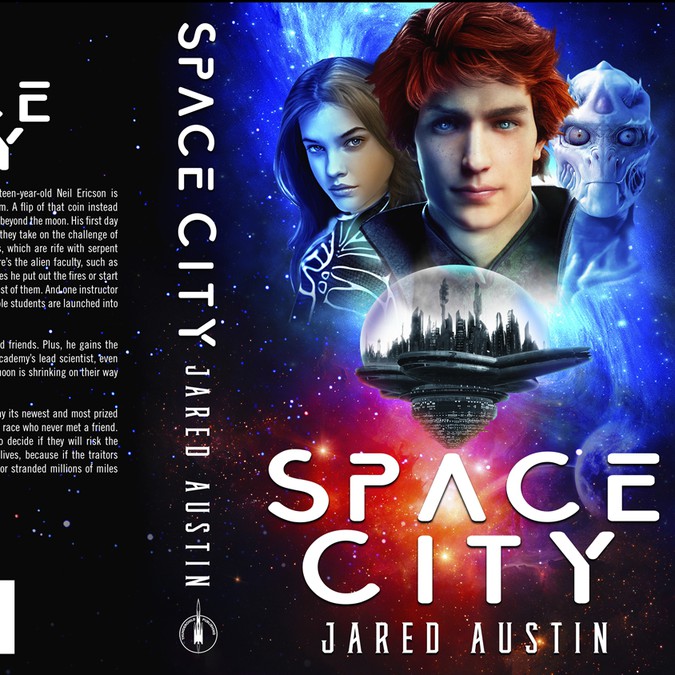 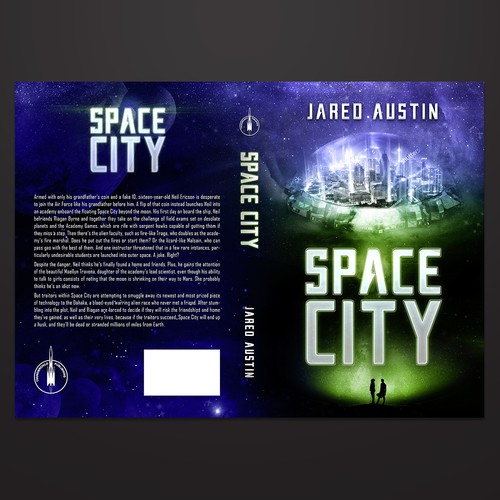 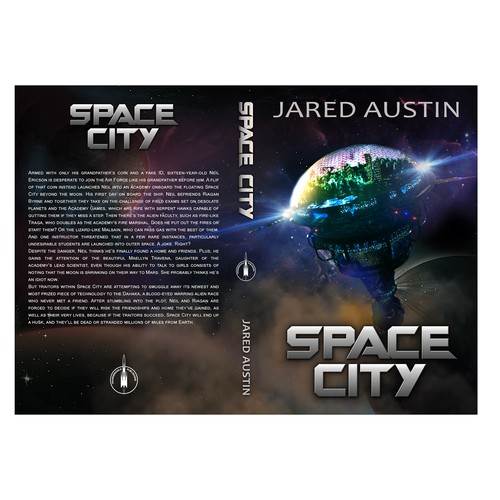 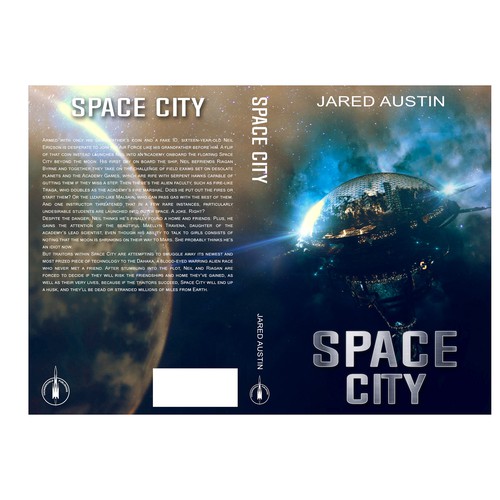 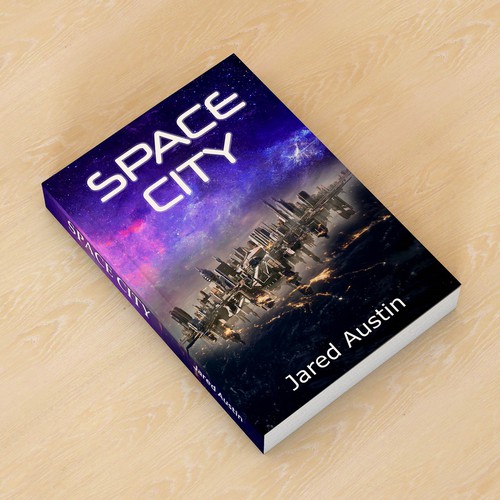 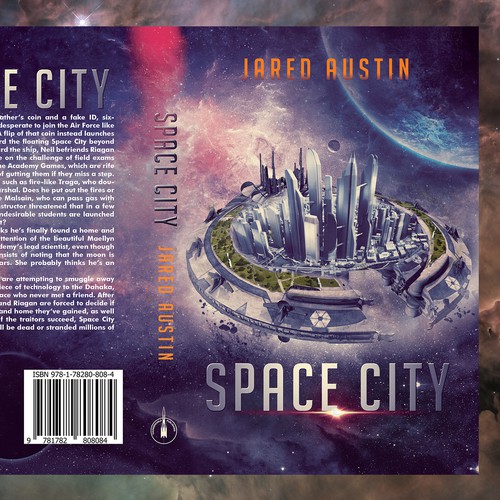 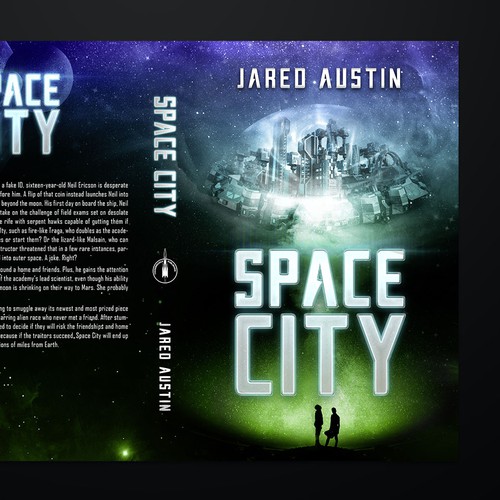 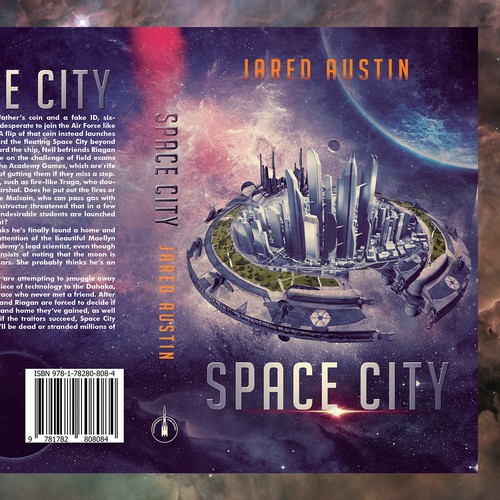 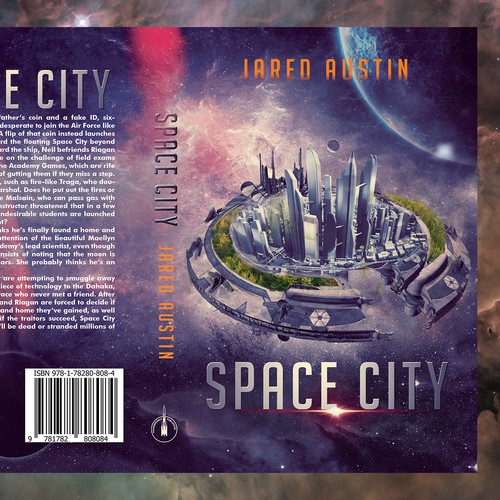 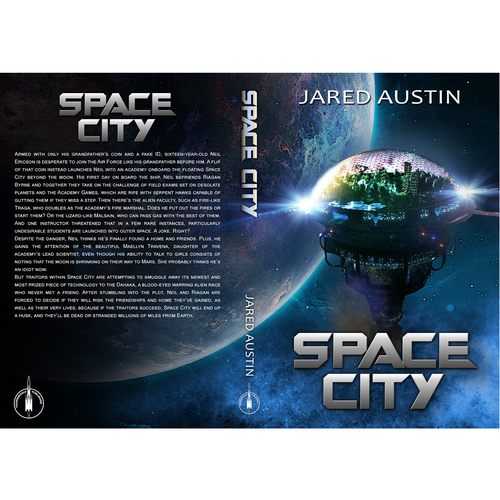 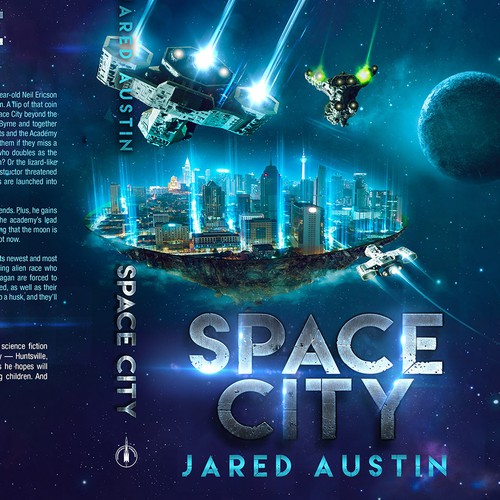 Jared Austin is a young adult science fiction author living in the Rocket City — Huntsville, Alabama — spinning the tales he hopes will one day inspire his two young children. And hopefully others along the way.

Armed with only his grandfather’s coin and a fake ID, sixteen-year-old Neil Ericson is desperate to join the Air Force like his grandfather before him. A flip of that coin instead launches Neil into an academy onboard the floating Space City beyond the moon. His first day on board the ship, Neil befriends Riagan Byrne and together they take on the challenge of field exams set on desolate planets and the Academy Games, which are rife with serpent hawks capable of gutting them if they miss a step. Then there’s the alien faculty, such as fire-like Traga, who doubles as the academy’s fire marshal. Does he put out the fires or start them? Or the lizard-like Malsain, who can pass gas with the best of them. And one instructor threatened that in a few rare instances, particularly undesirable students are launched into outer space. A joke. Right?
Despite the danger, Neil thinks he’s finally found a home and friends. Plus, he gains the attention of the beautiful Maellyn Travena, daughter of the academy’s lead scientist, even though his ability to talk to girls consists of noting that the moon is shrinking on their way to Mars. She probably thinks he’s an idiot now.
But traitors within Space City are attempting to smuggle away its newest and most prized piece of technology to the Dahaka, a blood-eyed warring alien race who never met a friend. After stumbling into the plot, Neil and Riagan are forced to decide if they will risk the friendships and home they’ve gained, as well as their very lives, because if the traitors succeed, Space City will end up a husk, and they’ll be dead or stranded millions of miles from Earth.

Space City is a spacecraft designed to mimic life on Earth for everyone onboard. While on board, everyone feels like they are on a planet, instead of a ship. From a distance it looks like a floating city in space, complete with an artificial atmosphere and gravity.

3D printing plays a large role in this book; the teenagers at the academy use futuristic 3D printers (which resemble black racing batons) to create objects to solve problems, especially in their exams. The group uses wrist-comps (like small tablets strapped to their left arms) to control the 3D printers, scan creatures they encounter in their explorations and then tap into Space City’s knowledge base to learn about those creatures, and perform body scans to check for vitals or measure the severity of injuries, among other things.

The tone and plot are intended to appeal to a broad YA audience. Think Harry Potter meets the new Star Trek films; Starfleet Academy for young teens.
• Dimensions – 9.5 x 6.25 inches. 304 pages long. Half inch margins on the edges for text.

Two different file types for the publisher's logo.
A few sample chapters that might generate cover ideas or tweaks to covers. Optional to look at.