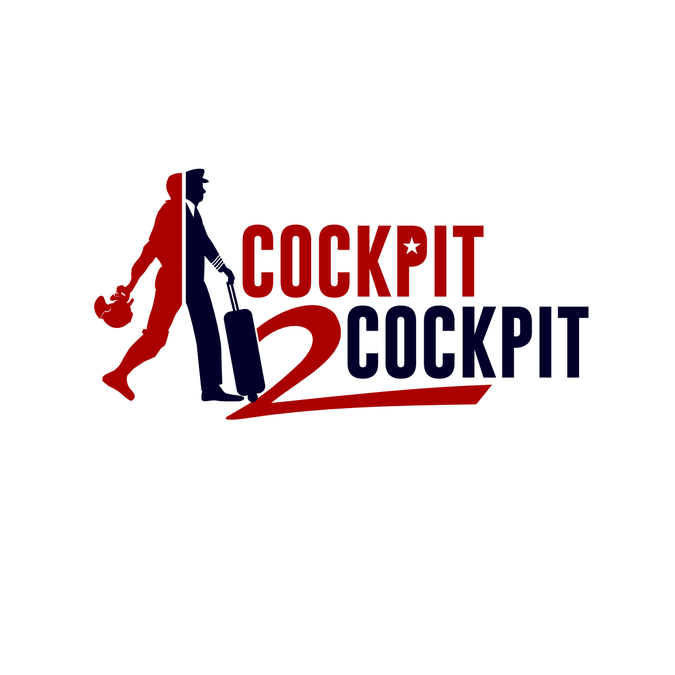 Win the logo that launches a major military to airlines consulting brand, future work to follow! 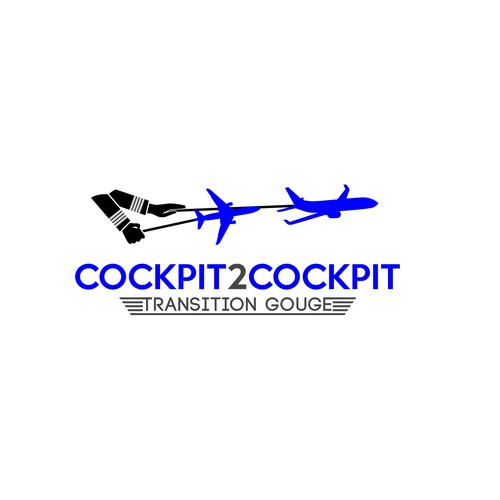 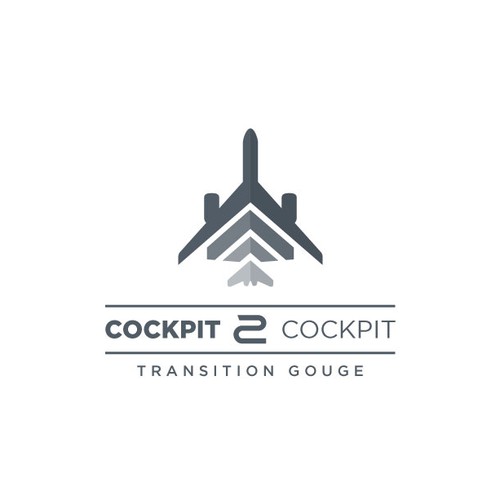 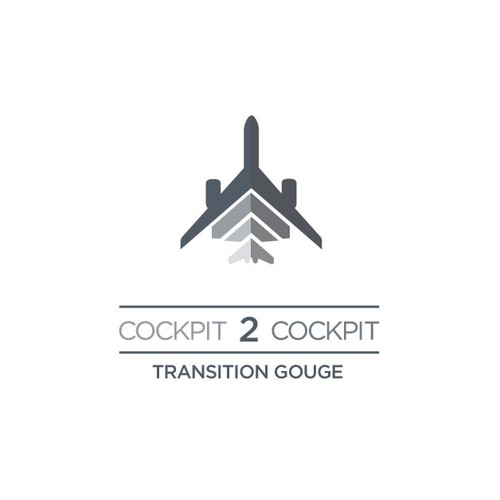 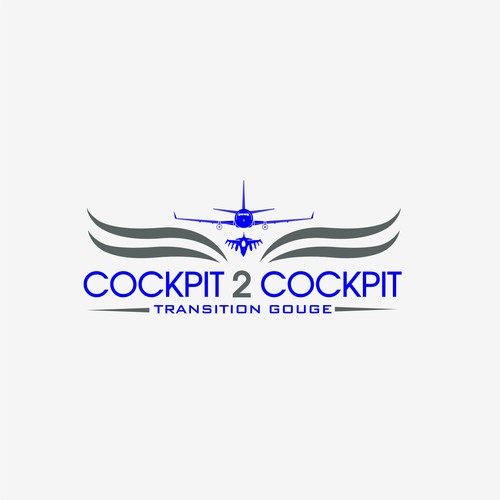 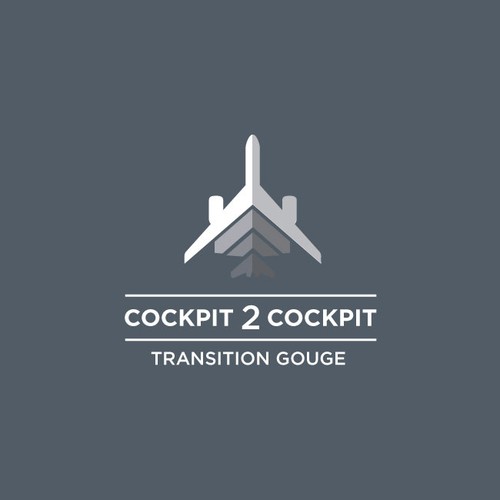 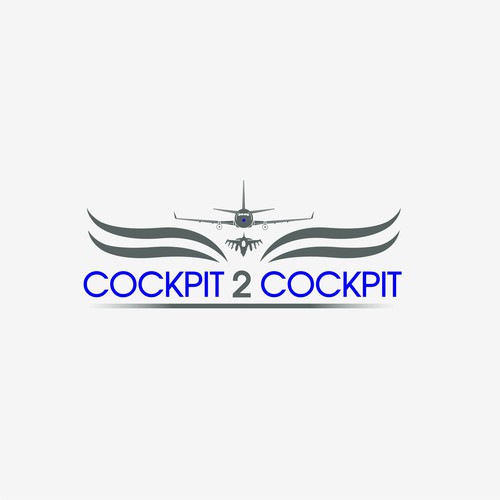 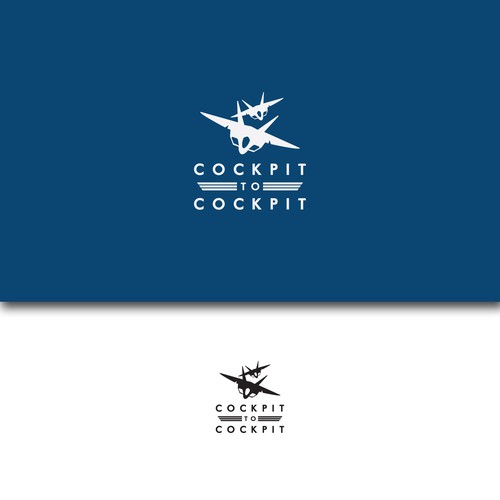 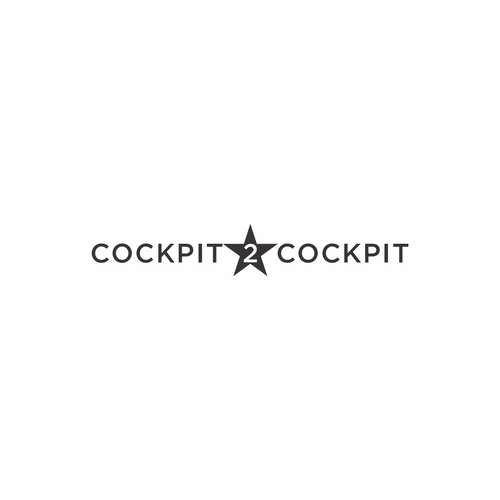 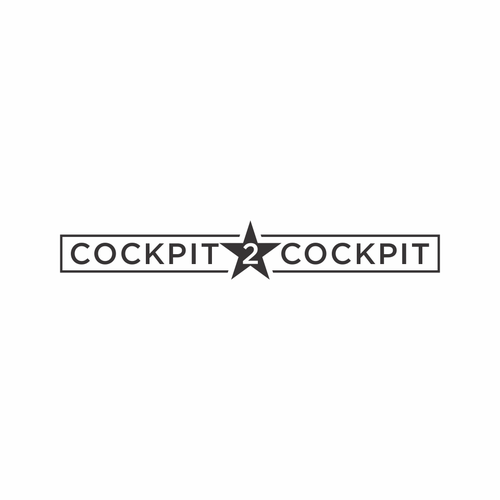 Possibly. I would like to see designs with and without the following slogans to see which one I like the best: "Transition Gouge" or "Your Flight Plan for a Successful Airline Transition

My product is a "how to" book for military pilots to walk them through the process of how to successfully transition from a military aviation career to an airline career. My primary audience is military pilots transitioning to a second career as airline pilots. My secondary audience are civilian pilots looking to transition into the airlines. The look must convey military to airline transtion.

The spirit of the Cockpit to Cockpit brand is an irreverent, real world no shit resource for pilots making the most important professional transition of their lives. That said, the logo needs to primarily convey that Cockpit to Cockpit is the best and most accurate expert resource for information that is essential for getting hired by the airlines after you have finished serving in the military as a pilot.

For those of you who are movie buffs you'll like this. We need to help the fighter pilots in Top Gun see themselves becoming happy and prosperous airline pilots. For imagery think Leonardo DeCaprio when he was posing as an airline pilot in Catch Me if You Can. In the movie, he is a stylized damn good looking airline pilot in the most glamorous era of the airline industry. Conveying this kind of retro-streamlined glamour is great.

Pilots love big blue skies where they see the world over the clouds where the sun is always shining. This is their natural environment where they enjoy a unique existence that they have earned by working hard to master flight.

My main idea for the logo (although I am opened to other ideas) is to show the classic image of a fighter pilot "shooting his wrist watch". This is how fighter pilots re-create dogfights using their wrists to describe an aerial engagement to a fellow aviator. In a more formal classroom setting, this evolved into using airplane models on sticks to teach dogfighting to fighter pilots in training. I want to use the image of the arms holding the airplane sticks to convey successful military to airline pilot transition. The arm holding the military fighter plane model on a stick (the one on the viewer's left) will be wearing an olive drab colored military flight suit. The other arm will be holding an airliner model on a stick (the one on the viewer's right) and will be wearing an Airline Captain's suit jacket with 4 silver stripes around the sleeve cuff. I imagine maybe an arrow between the two airplanes to convey transition with the Brand name "Cockpit2Cockpit" but use your imagination and designer skill if you have a better way to create a visual that conveys success and transition.

I have attached a few images to help you envision what I have described above. Unfortunately I couldn't find an airliner airplane model on a stick so you will have to show me your creativity on that piece.

Data is cool! Seriously, and we make it so - for sales reps of outdoor brands.
599 US$
We make a tool (web/app) for sales reps in the outdoor industry to see their sales data. Cutting edge, blisteringly fast
240
entries
61
diseñadores
Insurances for the Next Generation with consulanted who has a bow tie fable
EUR 549
Update: The bow tie is the combination of old traditional and professional insurance knowledge = Jan Ruhoff (me) | the
194
entries
28
diseñadores
Design a brand for an Modern, Young Executive Recruitment Firm
US$ 599
Executive Search & Recruitment. I help companies find top talent for their organization and professionals find the right
141
entries
36
designers
Logo & CI for Coworking & Workshop Space in Germany
549 €
Startblock is a Coworking Space in a town in southwest Germany that has a population of 45k people. The Space has two f
122
entries
34
designer
rho analytics
1.699 USD
Analytics & Business Intelligence: to help clients (small to medium businesses) understand their data better through rig
163
entries
39
designer
Designing the LOGO for a startup company.
599 USD
We provide consulting services. Focused on Manpower, HR operations, logisitcs and managed services. We also work on join
287
entries
70
designer