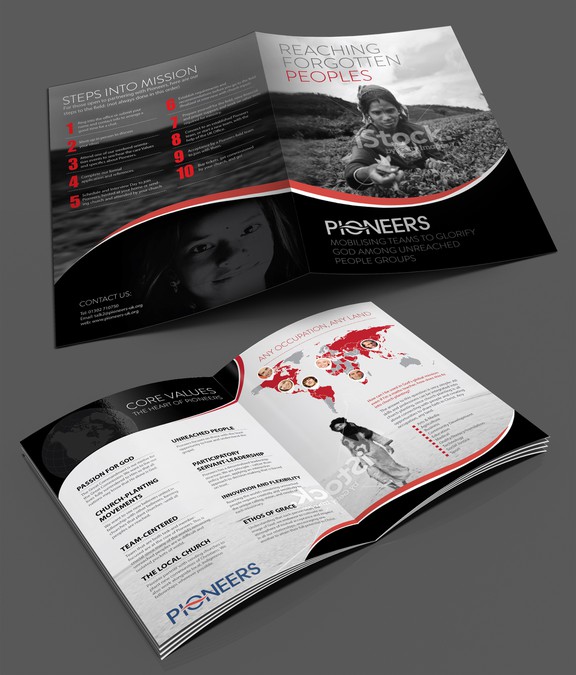 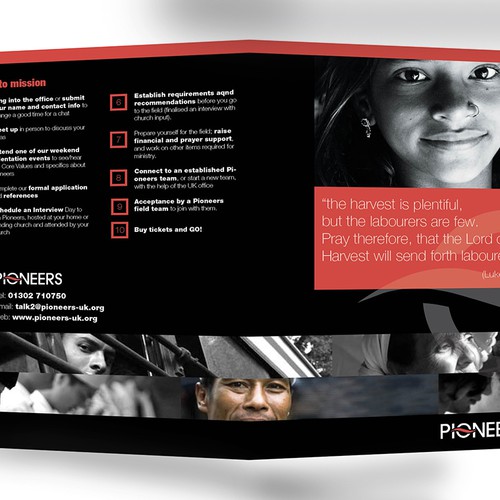 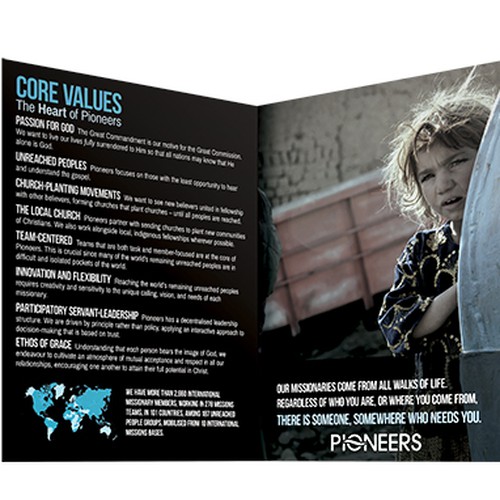 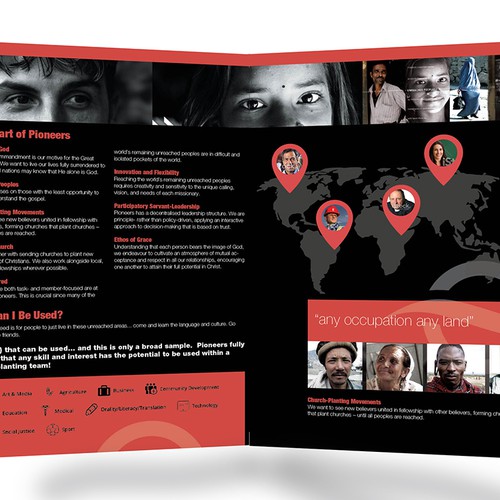 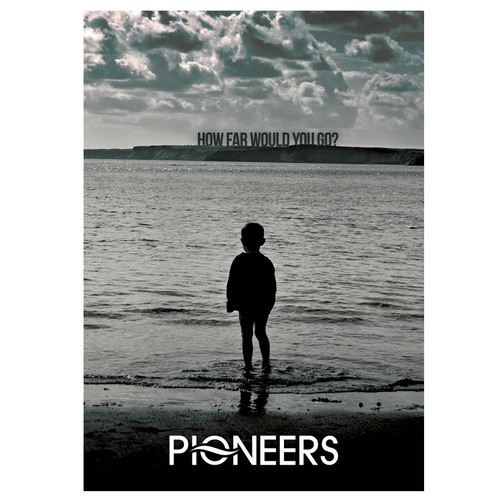 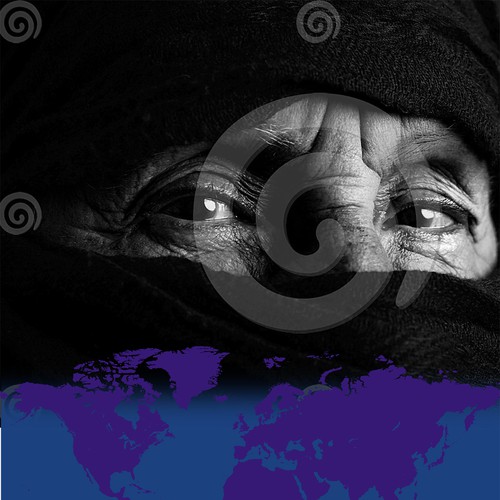 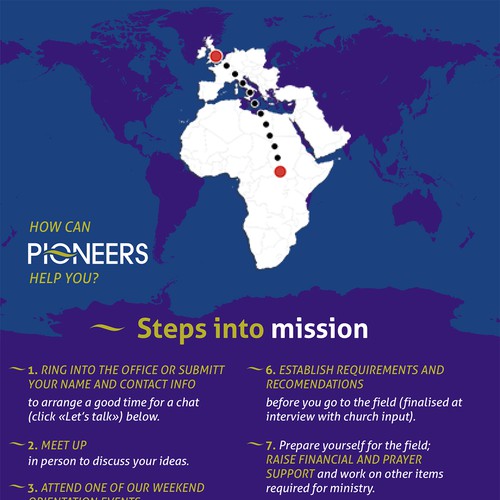 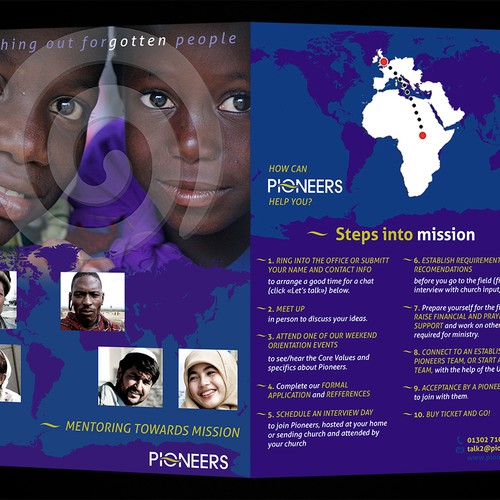 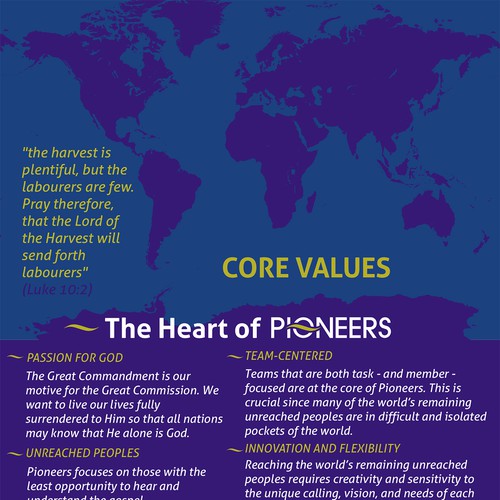 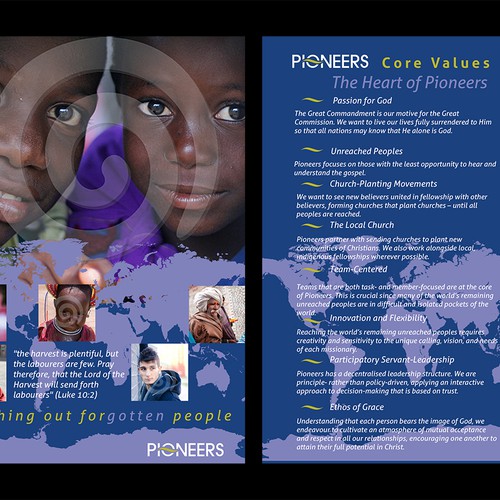 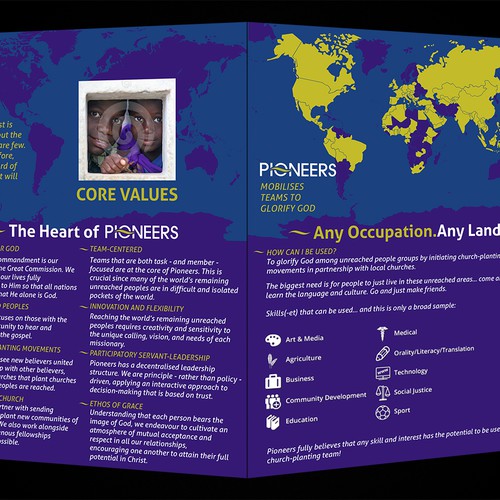 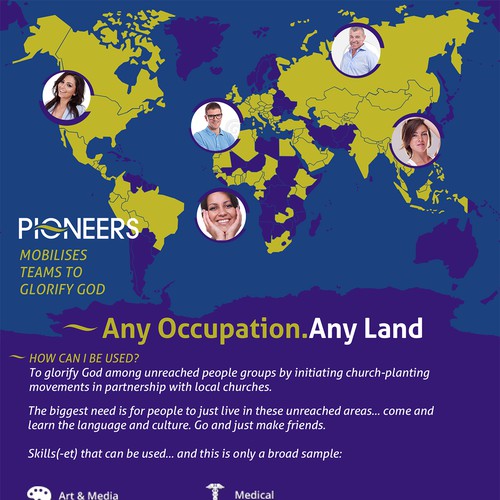 18 upwards, both sexes, singles, couples, families, for people of all skills, backgrounds but Christian in faith. The brochure is aimed at mobilising people to engage in cross-cultural Christian mission with Pioneers. Every single believer (follower of Christ) is a potential worker.

Personally I like the idea of a black and white faded backdrop picture with small colour pictures on top (as in the example I'm attaching). However, I'd be completely open to a very different visual style - but something eye catching, provoking, interesting that paints a global need of reaching forgotten peoples.

Colours could be anything. We do have certain colours we're using on the website, but it might be nice to have something different, a bit more dramatic. I like the idea of an edginess, something that is more transcendent, perhaps provocative.

I love faces too, and probably faces of different cultures where the Gospel of Christ is not yet heard - Tribal, Hindu, Urban (secularist - unchurched), Moslem, Buddhist. But not nice smiley faces. They can be nice but a bit gritty, needy looking, drawing attention - you have to look.

I think take a look at our website to get a better feel of who we are (http://www.pioneers-uk.org).
It would be good to use some original photos or graphics rather than the ones I've included, since we've already used them in the past.
I don't want nice smiley faces
Comic Sans should be avoided at all costs!