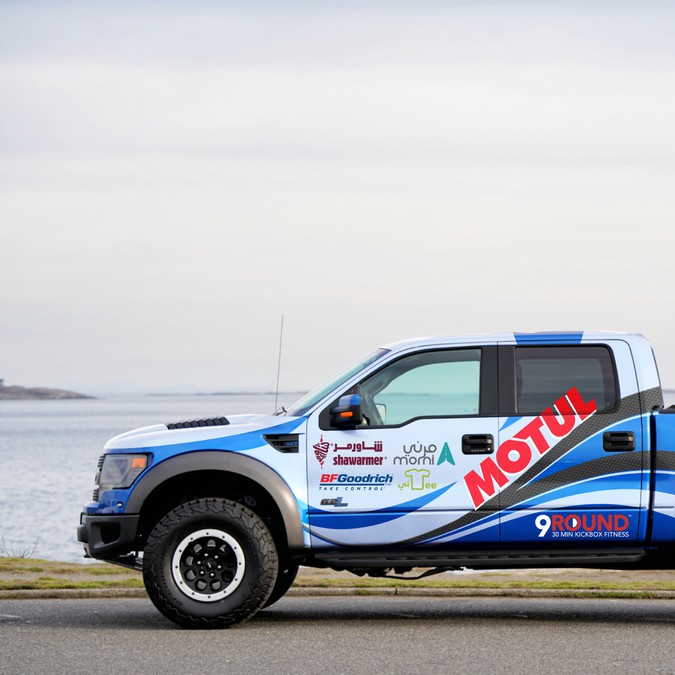 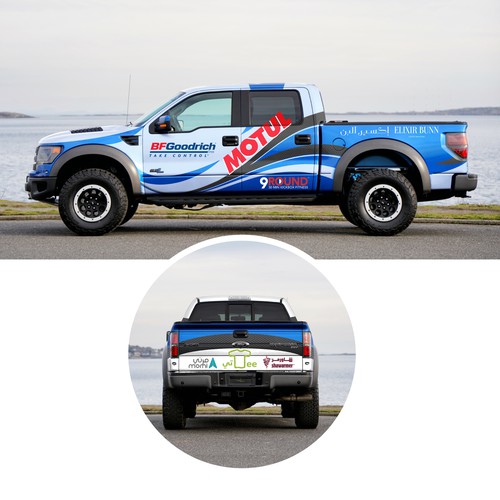 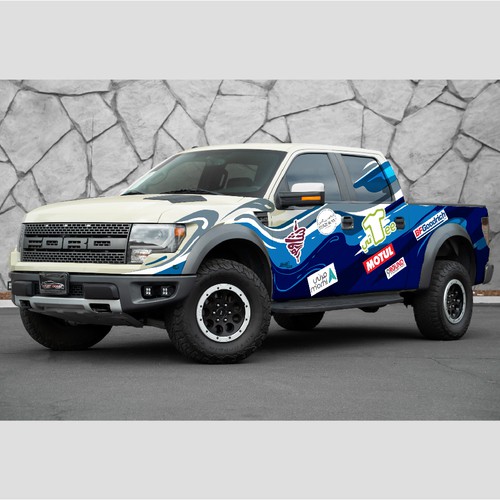 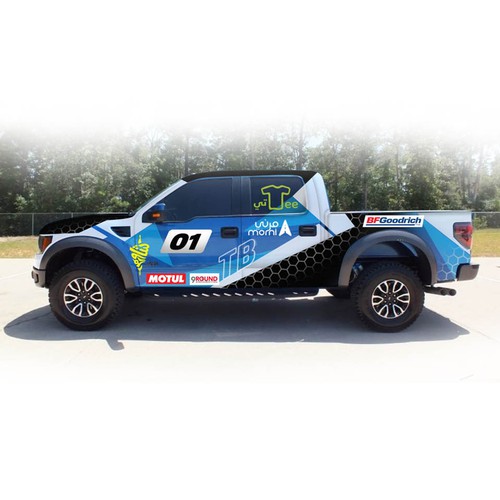 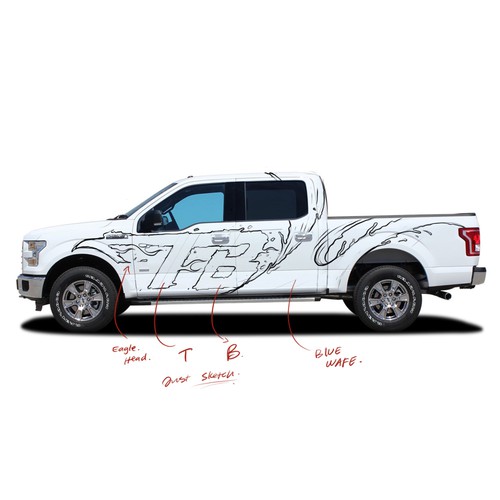 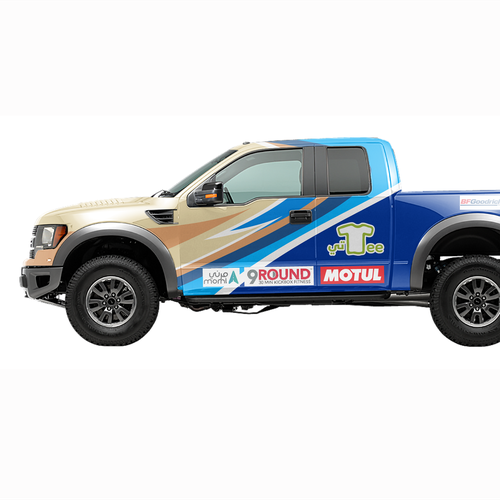 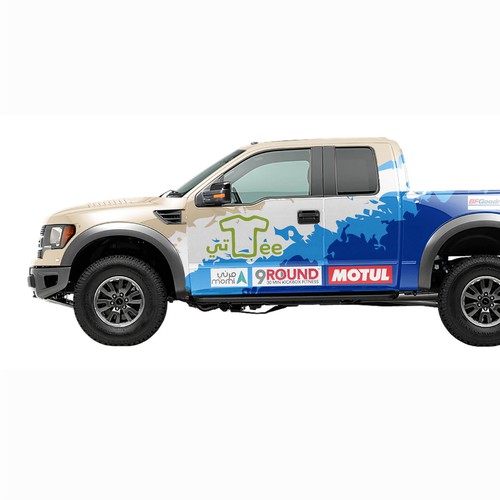 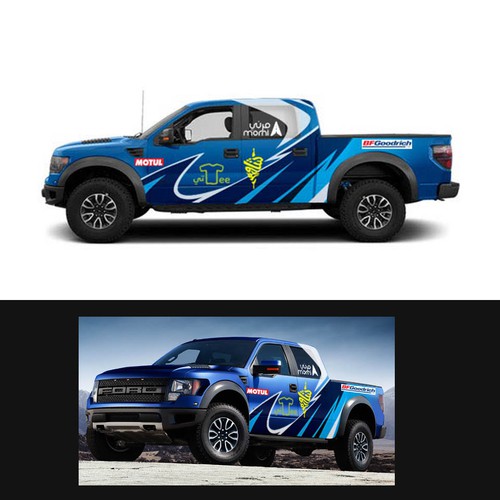 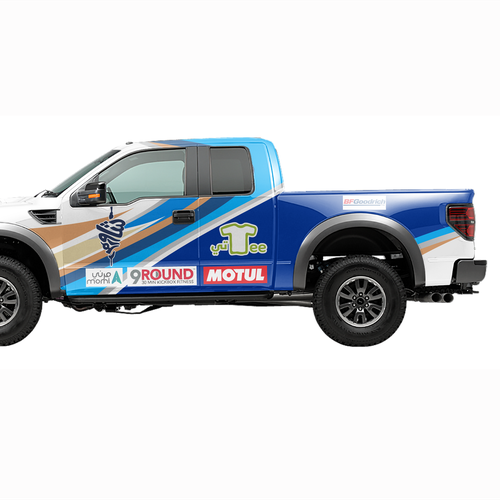 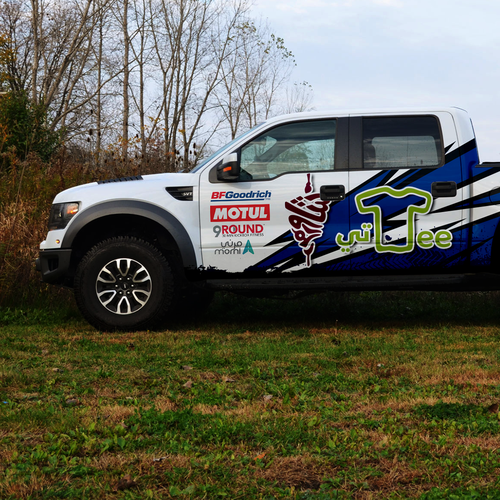 TB (Talal Albadr Racing) is a rally racing team that will participate in Saudi Arabias national Rally as well as Dakar 2020.

I'm looking to get the car designed.

I would like it to be designed in a sense that the major blue of the car is there, but the car from the front is to be white and fades back somehow into blue. Waves, if we can make it mimic a wave somehow. I like waves, and easy strokes, not spiky and electrical lines.

Attached is the branding of the car in previous rallies (don't want it to be like that car, i like the gradient that's going on there but not the eagle design) as well as something i like (two tones car) but I do not like the segmented lines (too electricy for my taste.)

Do not design the same as the photos, they are illustrations only.

Trailer Wrap for RACE team!!!
299 $US
We are wanting a trailer wrap for our motorsports (SPG Motorsports) team, but we are sponsored by Mobile Media Graphi...
50
entries
9
designer graphistes
Vertical Rock Outdoor School Van Wrap
499 USD
Indoor and outdoor rock climbing and guided trips. Our business serves most ages and skill sets. check out our websit...
42
entries
4
designer
Create an eye-popping vehicle wrap for a watersports company!
349 $US
vehicle wrap with clear messages, not too busy, but eye-popping
79
entries
12
designer graphistes
Create a design for a premium cable sports channel's TV production truck
$899
TD+ is a premium cable sport television channel. Only Costa Rican channel that broadcasts sports 24/7. It mainly appe...
85
entries
12
diseñadores
NorCal Premier Soccer Trailer Wrap
US$ 549
We are the premier youth soccer organization in Northern California...
68
entries
15
designers
Design a sexy new look for my weekend hobby race car
459 AUD
This is a private job / personal use for my own car that I use at local tracks for personal enjoyment. I would like t...
51
entries
14
diseñadores