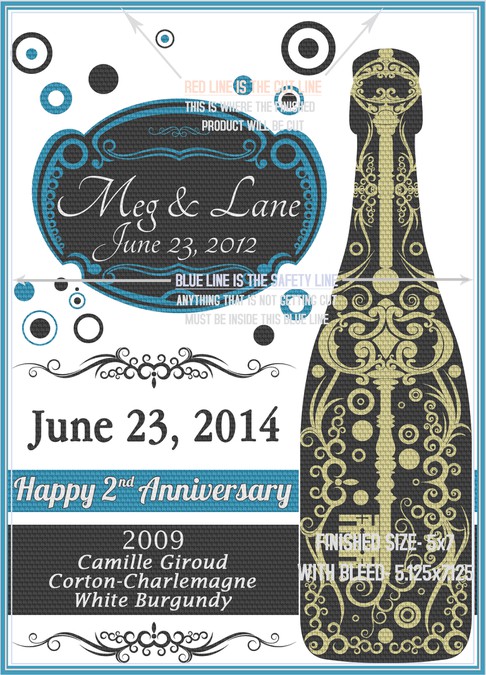 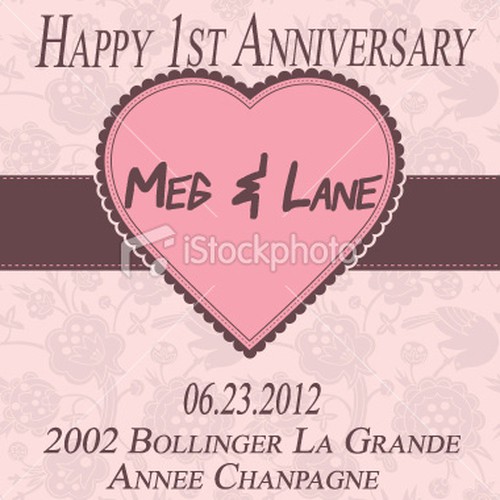 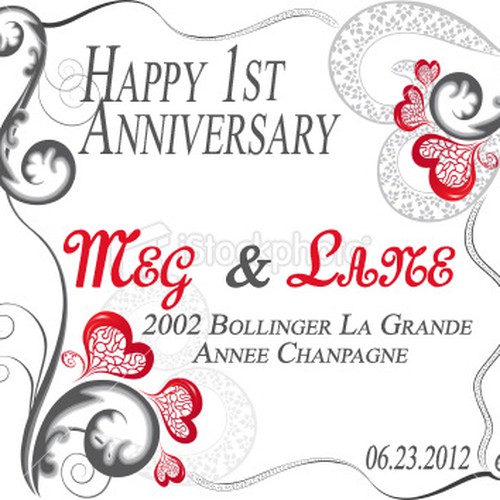 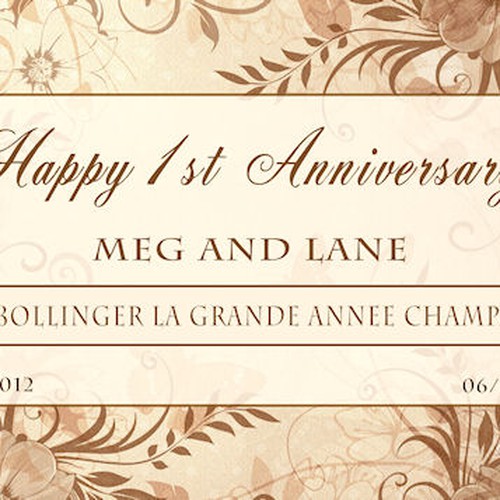 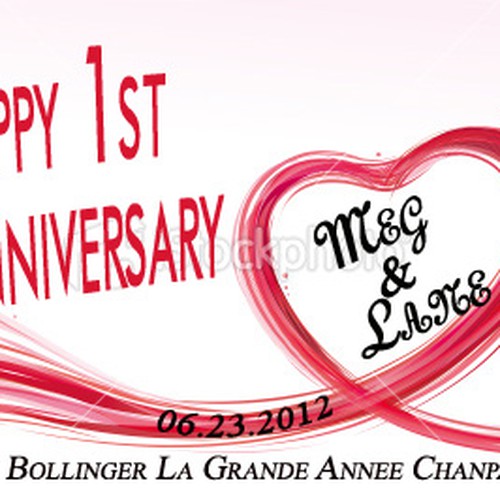 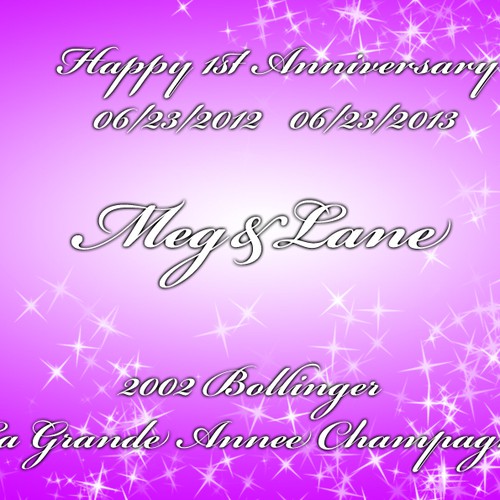 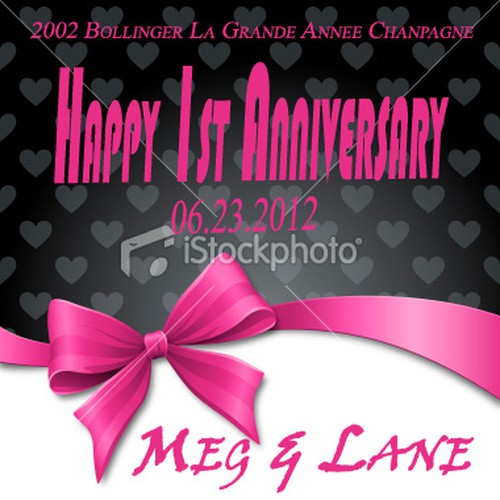 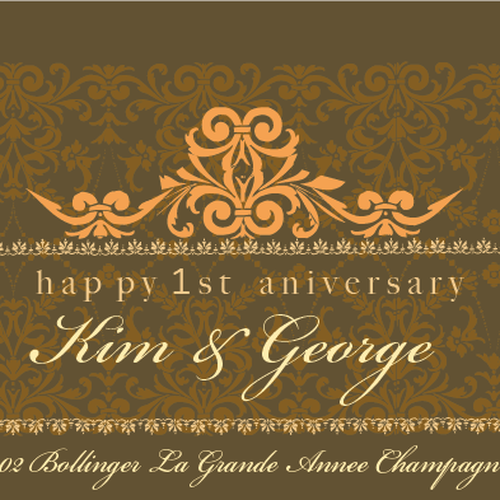 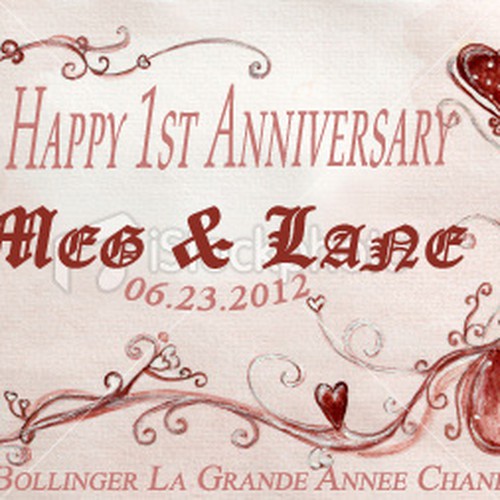 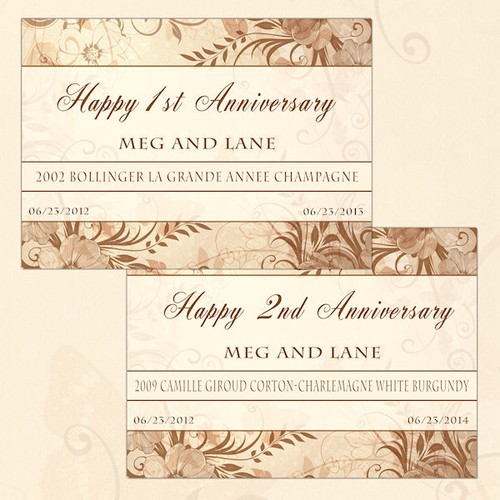 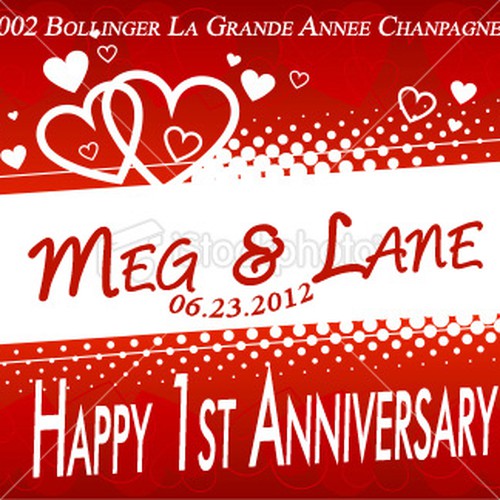 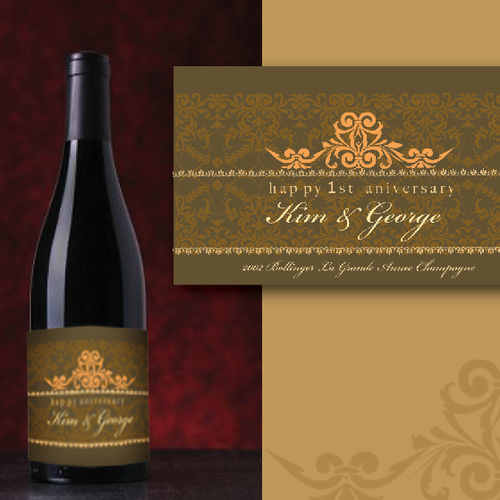 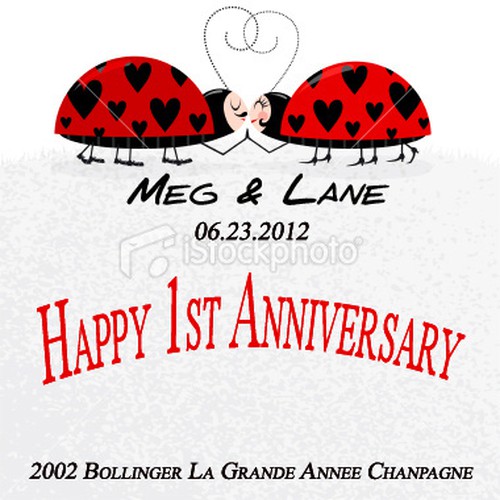 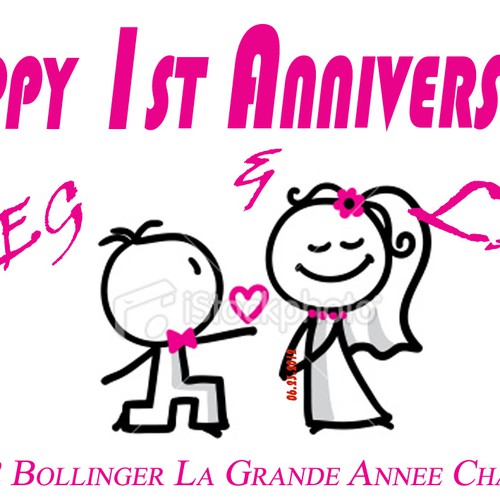 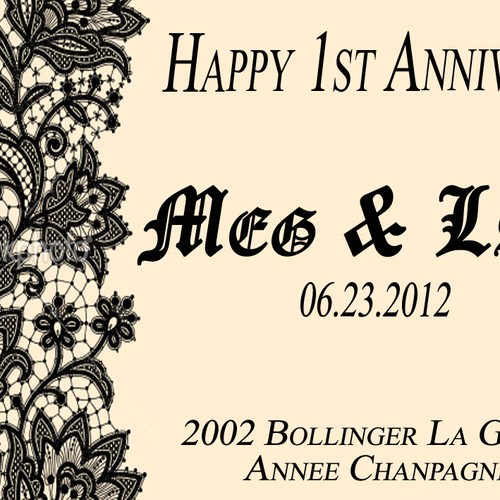 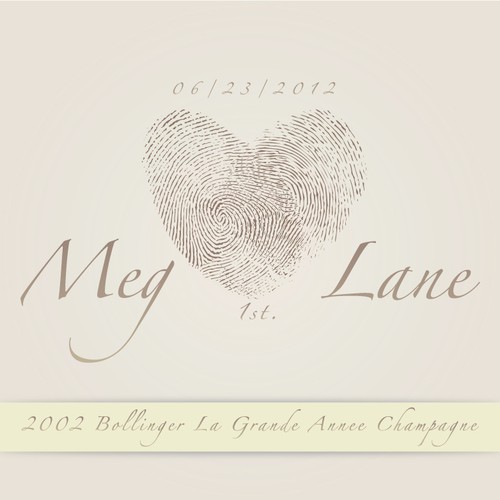 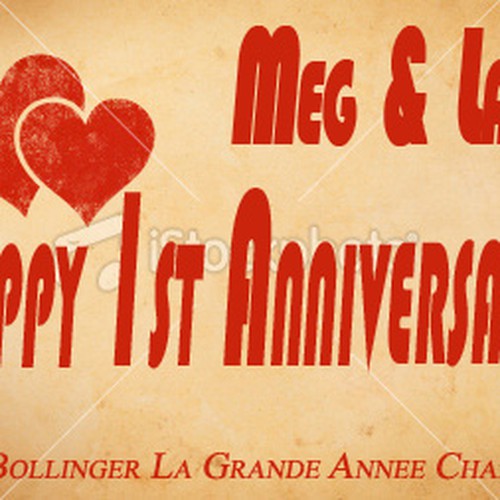 This is a personal project. One of my best friends is getting married and for their wedding I am giving them wine for various future anniversaries.

I am looking for you to produce 6 wine cards that have a consistent format though certain key bits of information will change on each card.

With respect to size, I am looking for something that is of typical wedding invitation size or reception card size or ﬂat placecard size.

This should be fairly dominant and centered.
The bride is Meg and the groom is Lane. Please include their names somewhere.

Note that the cards will be punched in the top left corner as a ribbon is used to attach the card to the bottle of wine.

Please don't hesitate to ask me any questions - wferrell+99designs@gmail.com