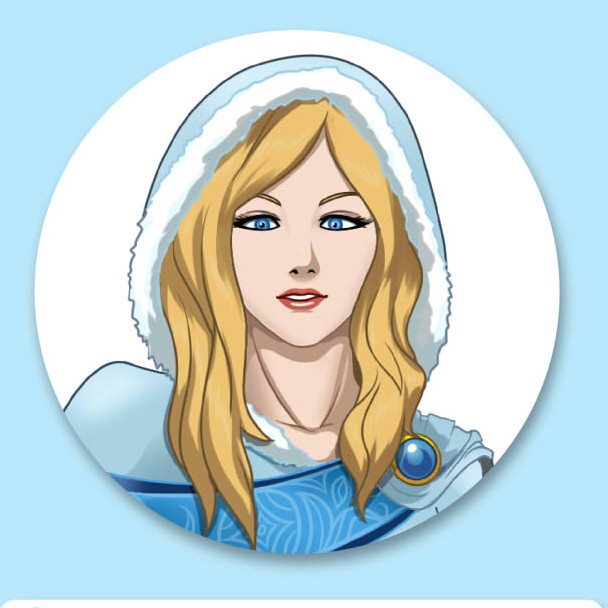 Design a nordic godess avatar for the Norwegian Police force 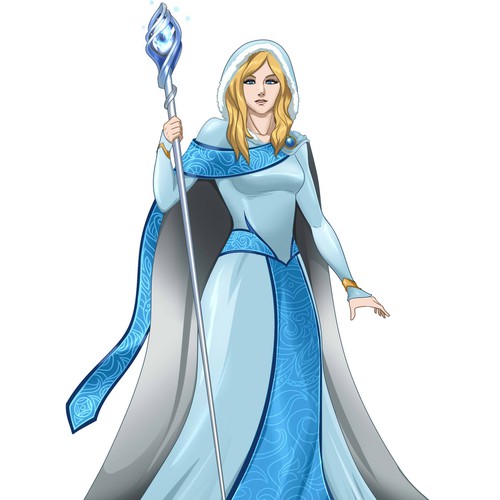 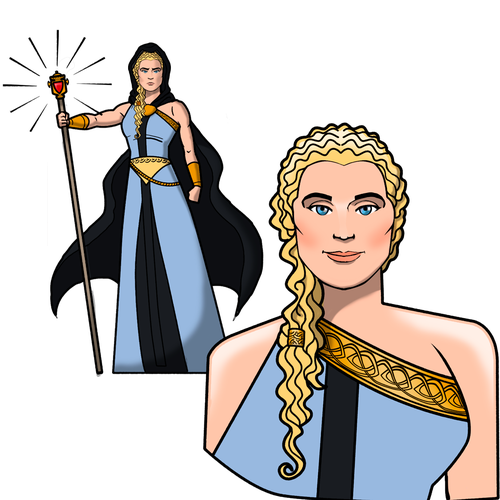 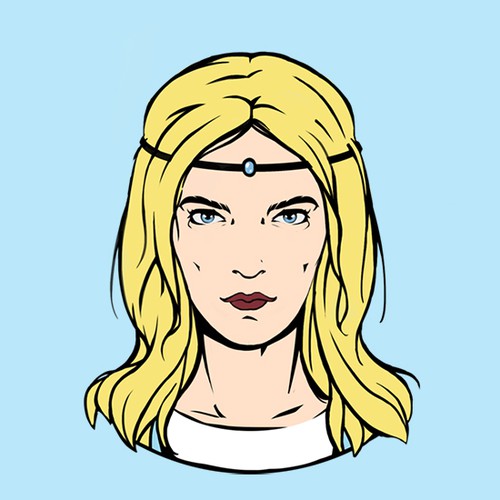 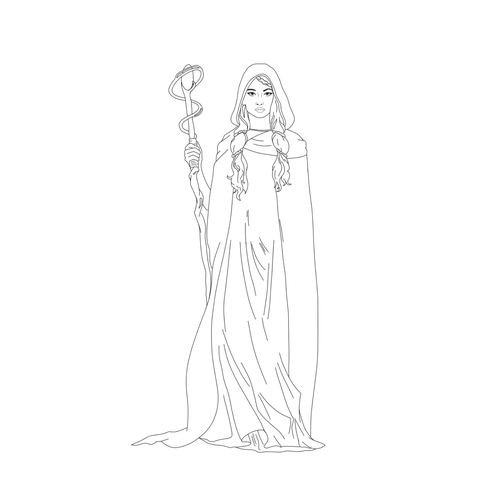 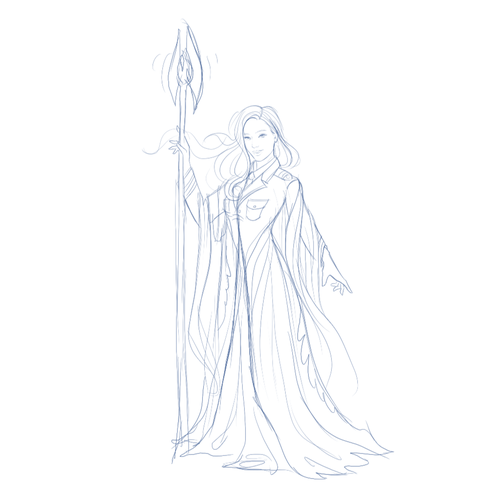 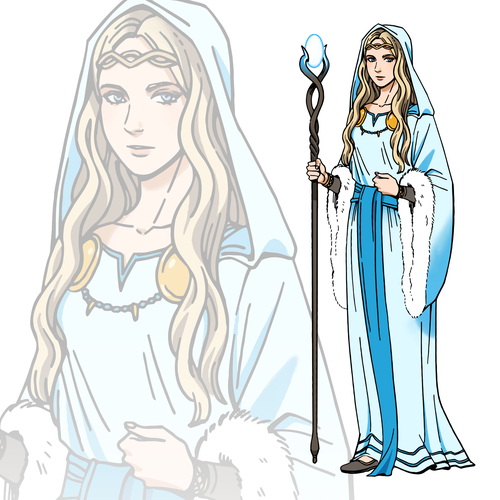 Politiet is the Norwegian name for the national police force of Norway. The target audience for this avatar/character will be for internal use only, police officers and administrative personell in the entire police department of approximately 17000 employees.

We are looking for an Avatar to represent our self-service persona called Eira, named after the Norse goddess Eir, representing help, mercy, grace, protection and calm. Graphically this figure should contain the following elements:
- Typical Norse female, such as: Tall and grown woman, Blond fairly curly hair
- Long dress with light colors, potentially with a cape and a hood
- Holding a scepter with a light at the end – representing knowledge, help or similar
- A fairly tough expression, while still kept politically correct as this is for a diverse and conservative organization.

Ideally a set of figures with different expressions.

The usage will primarily be as a persona in a Self Service portal letting the employees in the police contact shared services like HR, IT, purchasing/procurement, facilites. The portal let the users ask questions, search for knowledge articles as well as place orders for new equipment, replacements, new hires etc... The portal is currently rolled out in a limited pilot for 500 users before gradually marketing and rolling it out to the rest of the police departments. A chat bot is planned for later versions, the avatar will then be the personification of the chat bot.

In the launch campaign after pilot, the avatar/figure may be used in an internal marketing campaign on posters or flyers, so at least some of the finished work should be scalable up to 2000 mm/80 inches.

Full figure, half figure and portrait versions will be appreciated.

This is an example of a drawing of the Nordic goddess Eir https://www.deviantart.com/officalr…-499537188

See also some sample design for the web portal, inkluding color codes used today at Figma: https://www.figma.com/file/IPcSMTNX…e-id=0%3A1
The main page is also attached as PNG to this request. Please reach out if you cannot access the sample designs on Figma.com

The sample female figure in these designs will be replaced with the avatar/figure from this design contest.

Some photos from the official Flickr channel with examples of uniforms with and without jackets can be found here: https://www.flickr.com/photos/polit…ektoratet/

Niche Construction Company needs a fun mascot!
$349
We protect or "shield" the interior of facilities(food plants, distribution centers, manufacturing, etc.) from the dust
43
entries
21
designers
Metallic Super Hero Mascot (not in cartoon)
549 $US
Home and business security system (same as ADT in the US)
67
entries
18
designer graphistes
design a child-friendly bee that will inspire children to exchange, borrow and read books!
269 GBP
BeeBook Hive is an app that enables children (4-11) to swap, borrow, trade books within their communities. BeeBook is a
58
entries
27
diseñadores
Cute & stupid looking monster
USD 650
Early Childhood Learning Design
218
entries
118
diseñadores
Revive a retired mascot for an underground drilling manufacturer in the 21st Century
US$1,399
We are a manufacturer in a subset of the construction industry. We manufacture tooling for only trenchless drillers in t
65
entries
23
designers
Design two eye catching characters / mascots for Prohab
GBP 269
Carlyle started out as a sports chiropractor and performance coach to professional skiers and cyclists. His clients are
14
entries
3
diseñadores