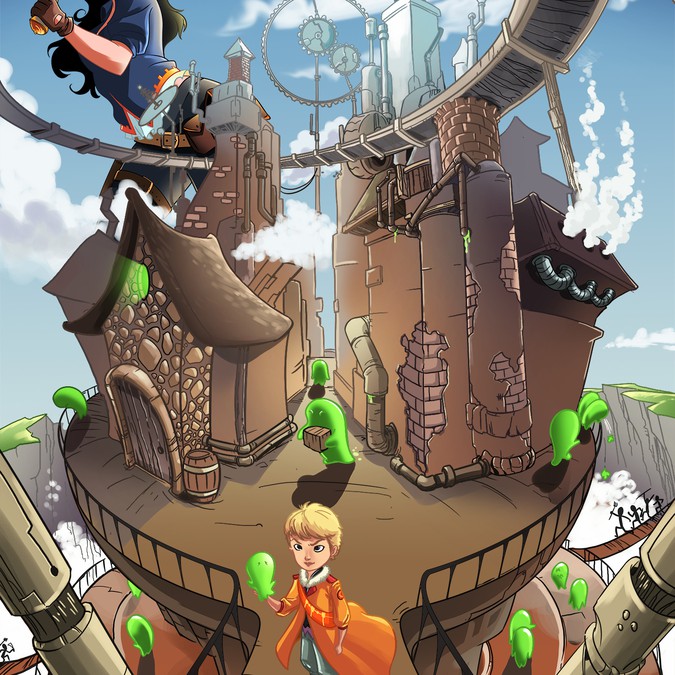 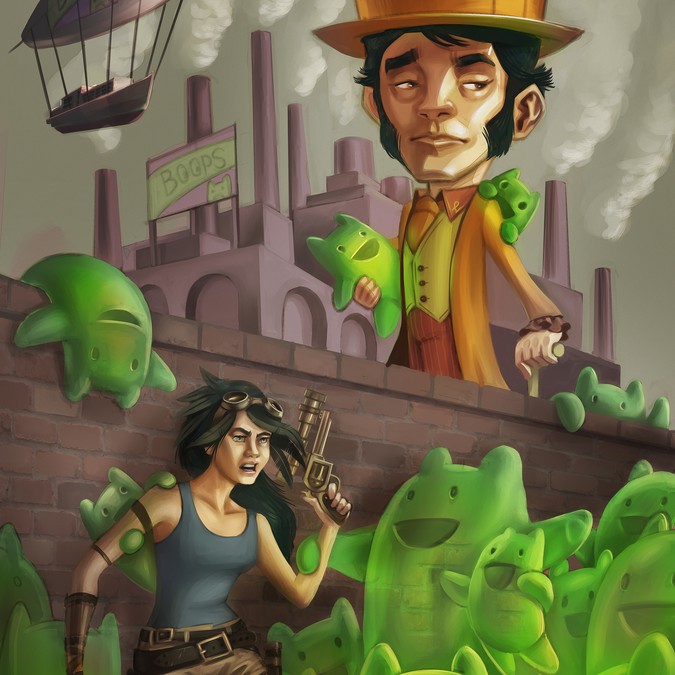 The Baron, the thief, and the flubbers 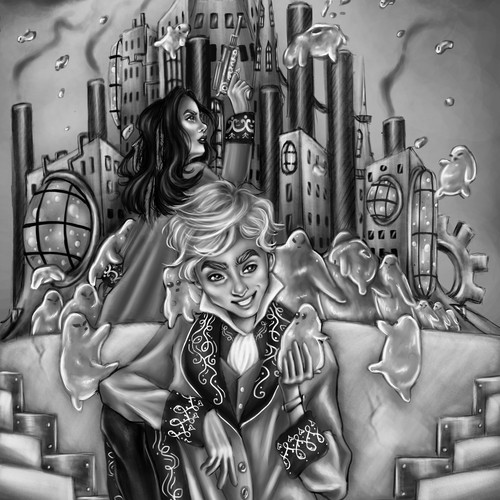 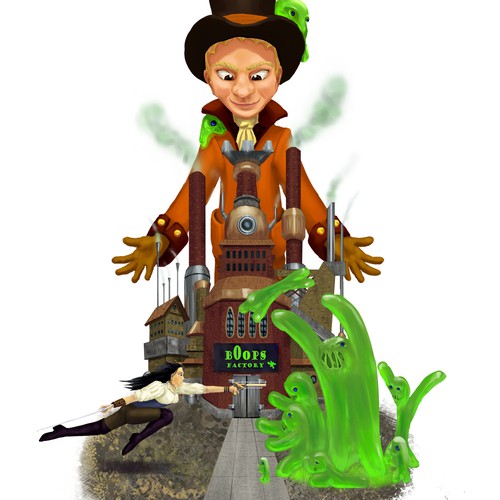 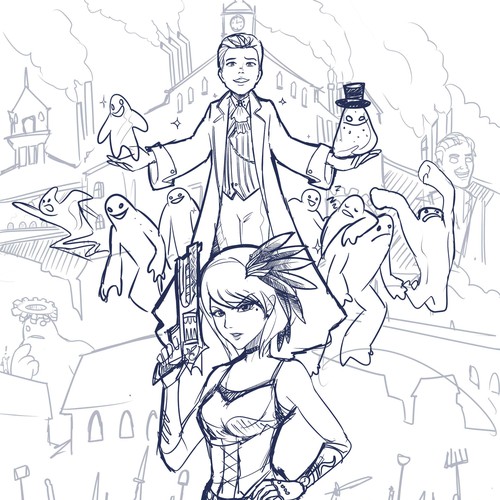 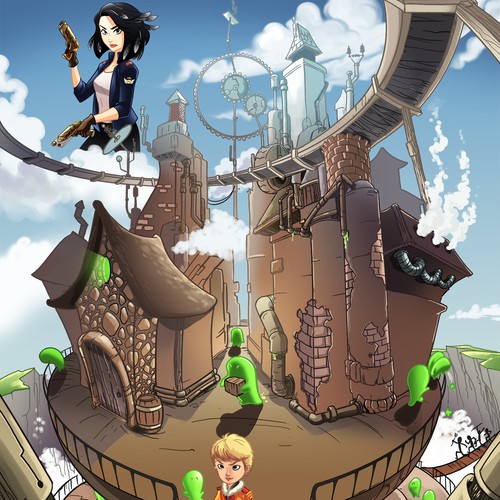 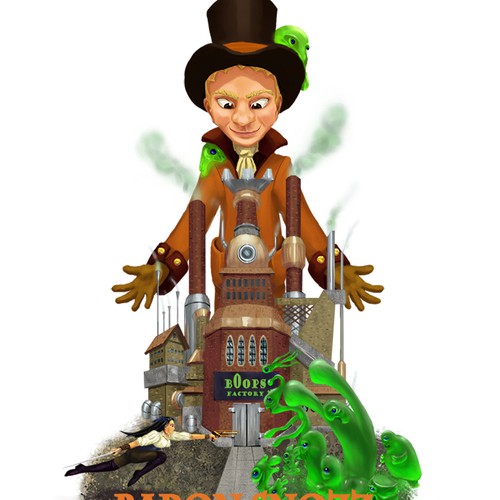 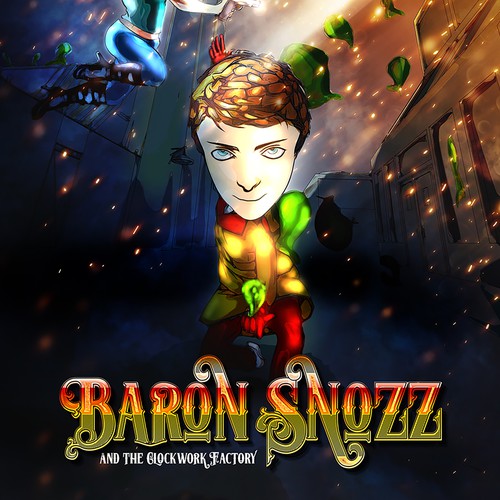 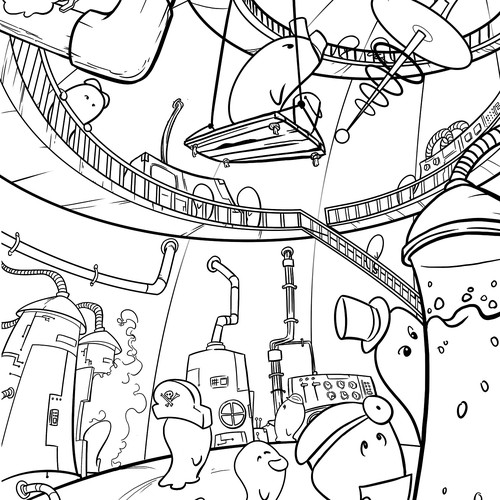 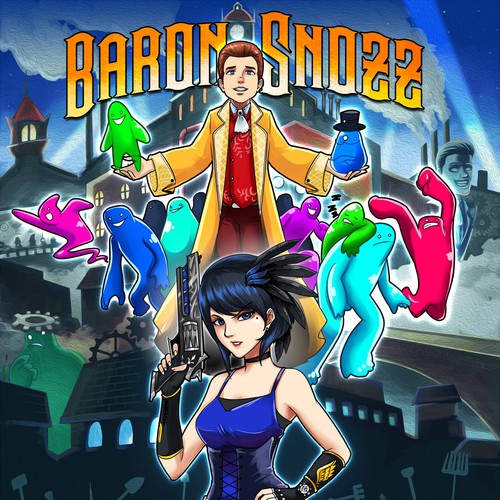 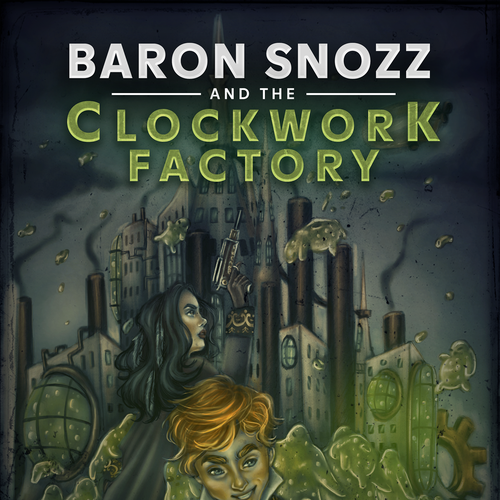 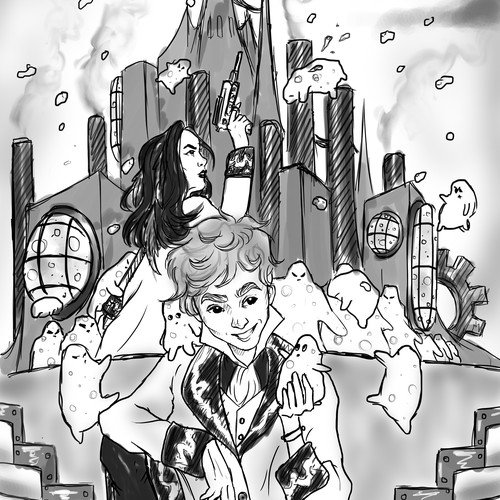 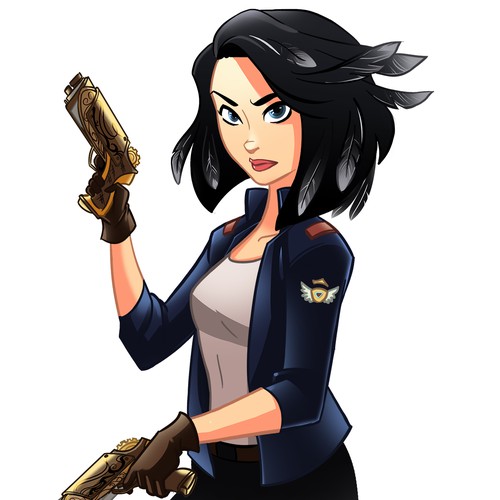 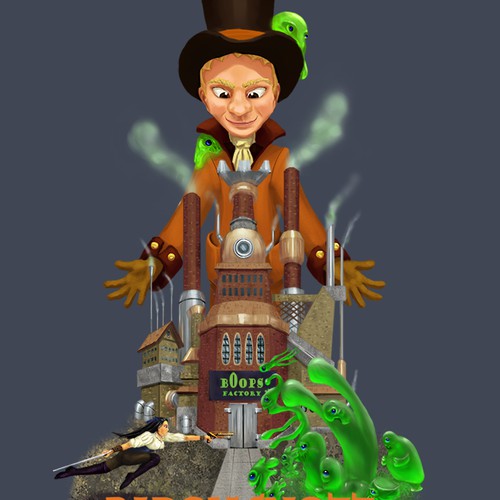 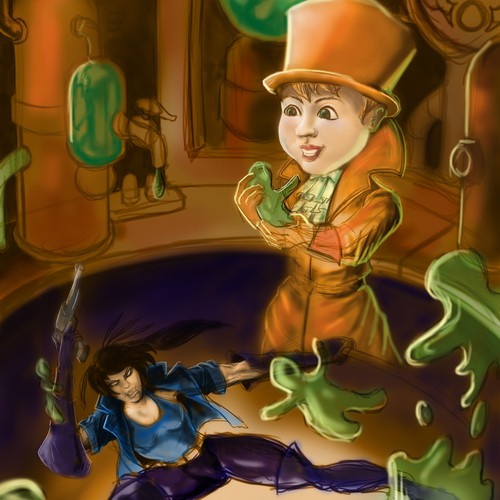 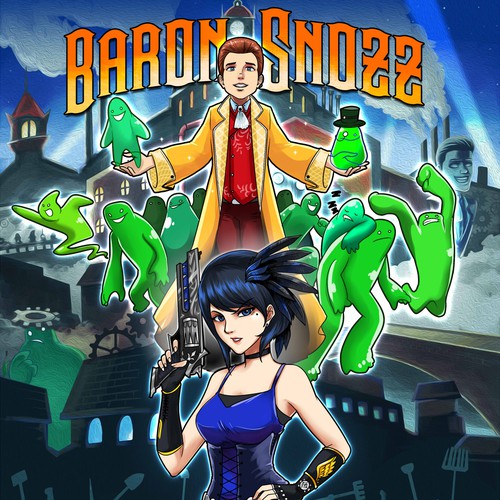 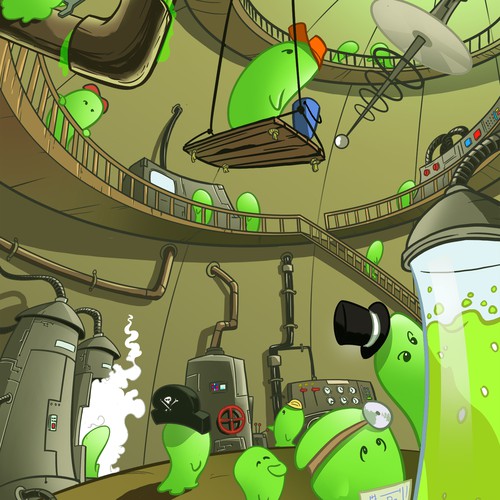 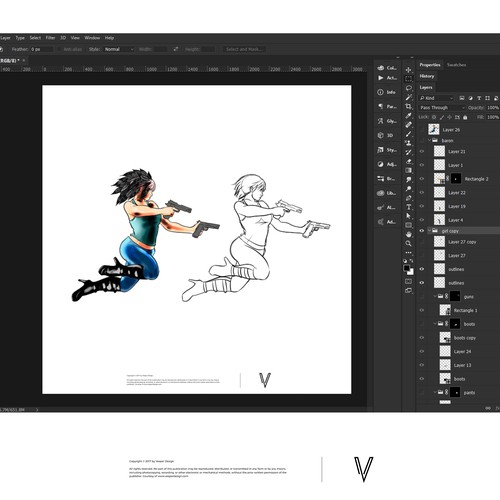 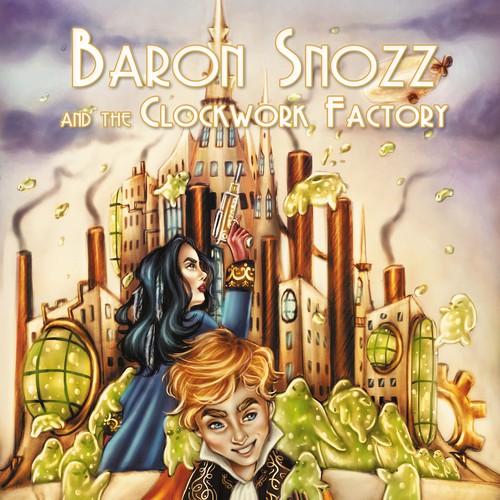 This is a steampunk book set in a series I am writing. There are two others so far, both about to be finished. (They are named Escape From Roy's Town and Drinking Ghosted.)

Hello everyone. This contest is devoted to 100% original art for the cover for a very unusual steampunk novel. There are three elements to the cover...

1. Baron Snozz. Baron Snozz is the main character of the novel. He is one of the richest people in the world and comes from royal blood. He is dressed in LAVISHLY brightly colored robes. Orange or gold are good, but never white! Baron resembles a mischievous boy, but his head is four times larger than the average human head. He is either standing on top of his jello/boop making factory or in front of it - perhaps he is carrying one of the "Boops." He seems oblivious to the battle happening on the rest of the cover:

2. The Boops. The factory which creates the Boops is obviously steampunk in design but how much you show of it is up to you. It was built by Baron's father, and run by Baron. The factory does many things, but most recently it has started making food out of exotic jello. Besides food, it also makes little creatures made out of jello. These little creatures are inspired by Flubber and they greatly resemble and behave like him. The average size of them is a human infant, but some are smaller or larger. They are called Boops. (Boops are comic relief characters, in case you wondered. :P) The Boops might be patrolling the factory, floating aimlessly through the air, belching jello, or maybe they are doing battle with the other character in this illustration:

3. Myrtle - one of Baron's enemies. She is an activist with a personal vendetta against the Snozz family and their jello inventions. Her boyfriend (who isn't on this cover) and her are plotting to destroy the factory. Myrtle is twenty-something and has black hair. She is half-Cuzzin, which means there are a few black feathers growing in her hair. (they are combed with the hair, not against it.) She is wearing either a stylish blue button jacket or a blue tank top. Though always naturally lithe, years of exercise and training has made her even more lithe, fit, and a formidable sword fighter, so if she is fighting the Boops, she would be using a sword, and maybe a pistol.

The book title is "Baron Snozz and the Clockwork Factory." (I know this sounds like Willy Wonka but it's the perfect title.) The plot description on the back will be provided to the finalists.

Every piece of the illustration must be 100% illustrated by you, no photo shopping! And remember, it's a steampunk world!

Science Fiction Anthology Book Cover Design
$349
It’s a science fiction series to entertain adult readers.
36
entries
15
デザイナー数
Marcilla the sad vampire - updated
899 $US
A Gothic book about a sympathetic vampire
70
entries
23
designer graphistes
Create an editorial illustration mural for Moet & Hennessy brands to show elegance and creativity
349 $US
We create research and usability reports for organizations and in need of cover art for the reports.
86
entries
27
designer graphistes
Stagecoach Mary, an animated series about the first African-American postal worker
US$ 549
I am a writer looking to create an animated series based on a historical figure. My educational background is in History
128
entries
27
designers
Illustrate a Flying Chicken !!
349 $US
We are a chic restaurant that specializes in slow roast chicken
36
entries
20
designer graphistes
PTP - Laptop Sticker Design
469 USD
We help growth companies accelerate innovation through our cloud governance, operations and security services for their
80
entries
22
designer