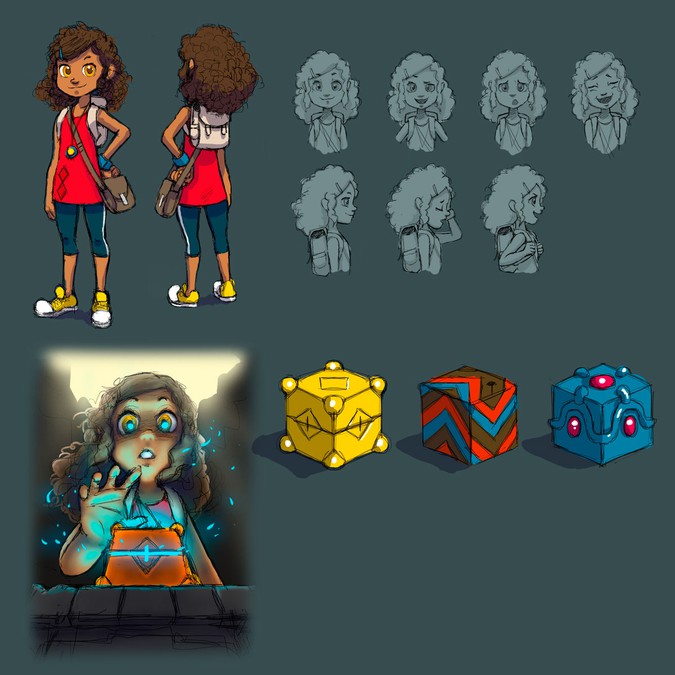 Need her brought to life, the next cool adventurer! 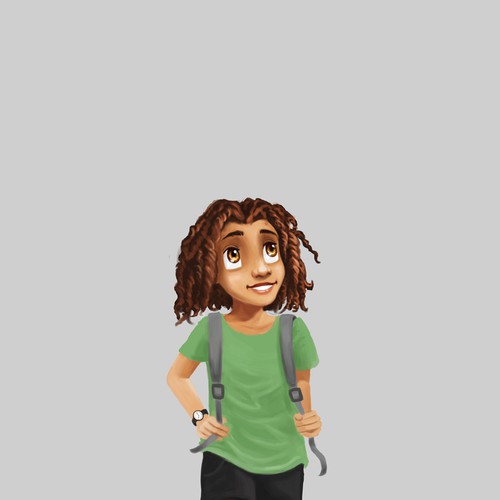 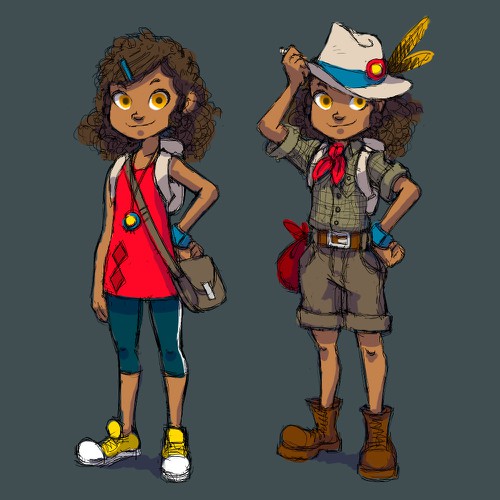 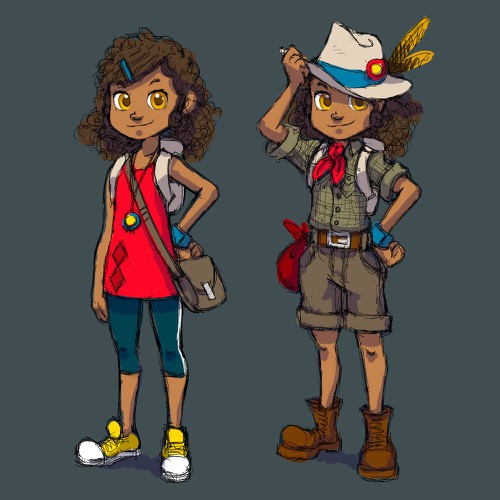 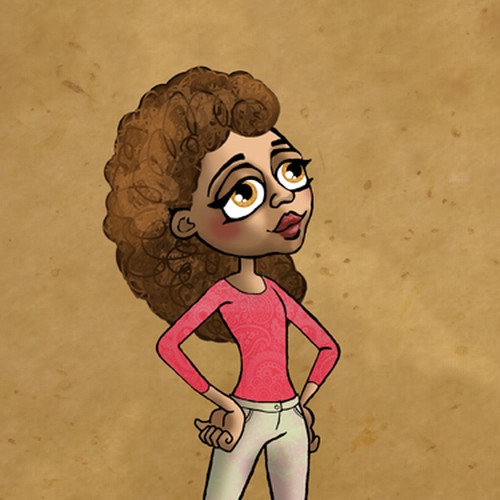 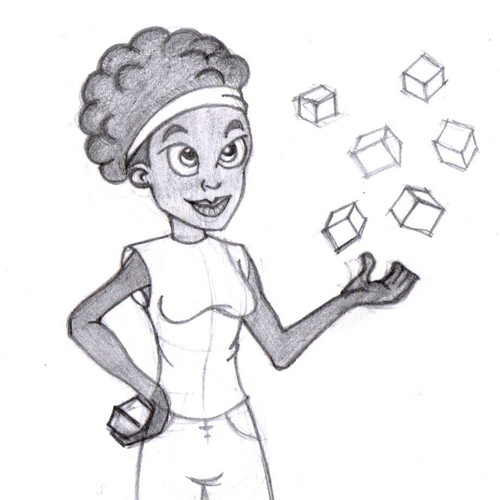 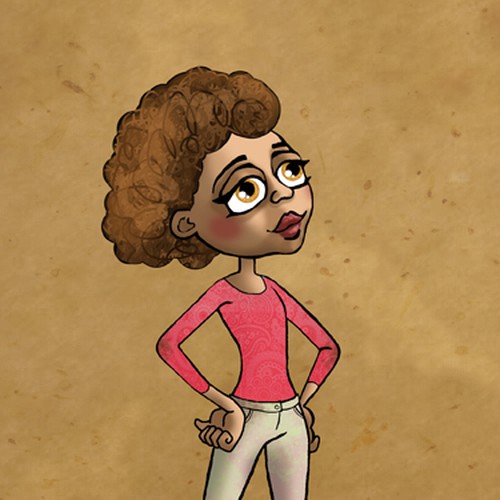 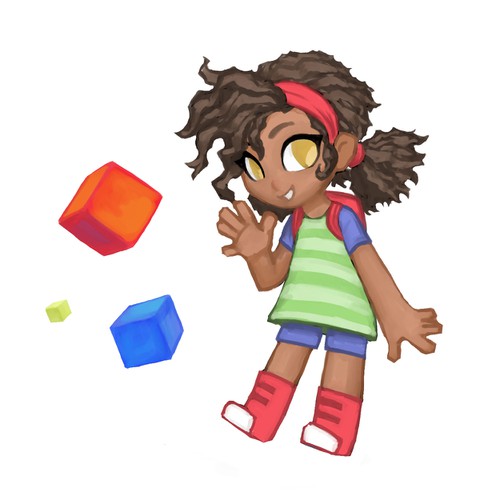 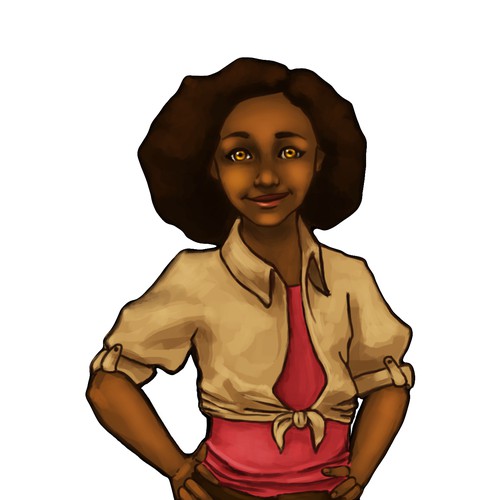 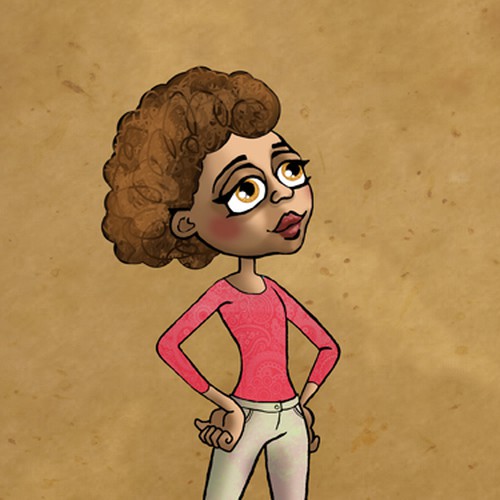 I write books in a range of genres.

I need the character brought to life and imagined for my next book series. The character has to draw you in the moment you see her .. cute but not wimpy .. a confident, eager and ready to explore little girl. She'll grace the cover of the book series so the character will need to translate well onto book covers.

The author is Daylon Deon. For those creating the book cover, the dimensions should be at least 1563 pixels on the shortest side and 2500 pixels on the longest side.  At least that and can be more in width/height if needed.

The central character's name is Timber. She is a 10 year old with some very unique abilities that stem from a very unique physical trait.  She is black with a caramel skin.  Her eyes are a beautiful golden brown. It's a color that her unique trait. That's the most important element of hers to convey .. her eyes. The color must be truly unique and distinguishable.

She is on a special journey that involves a new world called Duchester. The 10 cities of Duchester are all captured and consumed in 10 boxes that Timber has to find. The 10 boxes each have their own design patterned after each city. The boxes represent 10 different cities in Duchester so from color, etchings etc each box looks different. It's not necessary to show all the intricate designs on the boxes but if the 10 boxes could somehow be added either prominently near her or not so prominent in the background is good.

The boxes aren't large.  They can each be carried by even a single, ten year old.  They can actually be as large or as small as you interpret just as long as they can be carried by a single person.

Timber is spunky and adventurous. Think of a little girl in the vain of Indiana Jones mixed with a Disney kid. Timber has to stand out with her eyes .. she also needs to have a playful look on her face as if she's excited for the adventure to come.

I have a few pictures of who Timber is based on that you can see uploaded.

Let me know if you need any additional details. I look forward to selecting a winner!

Comienza ahora
Left Brain/Right Brain - Analytical/Psychedelic
899 $US
We're a boutique consulting, investment, and coaching group that works with forward-thinking startups.
80
entries
31
designer graphistes
Giant Mechanical Raven Website Illustration
1.399 $
We are a tracking and analytics company that likes bold outrageous design.
19
entries
9
Designer
Newsletter Graphics
US$349
We are a law firm
10
entries
5
diseñadores
Low Kicks Illustration!
US$ 400
Its been awhile since I was by your S1DE! Since I had my lowkick costume come in, I'm curious to see new illustrations
36
entries
17
designers
Culinary School Portfolio Illustrations
279 £
I am completing two personal portfolios for culinary school: one for cuisine and one for patisserie. These will be revie
21
entries
8
designer
Rans 21 paint scheme
US$ 549
I help people build kit aircraft. I have one almost ready for paint scheme. The plane is a Rans 21 outbound
47
entries
8
designers
Más información sobre diseño de gráficos e ilustraciones
Vea como funciona