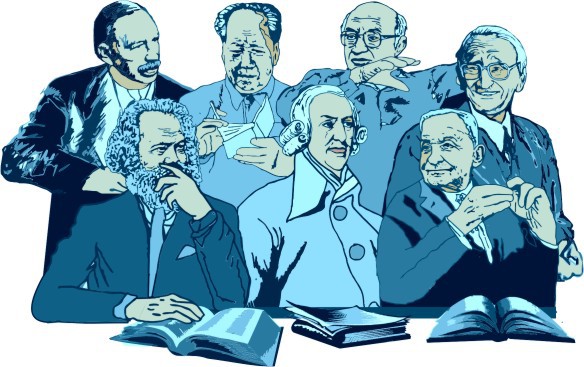 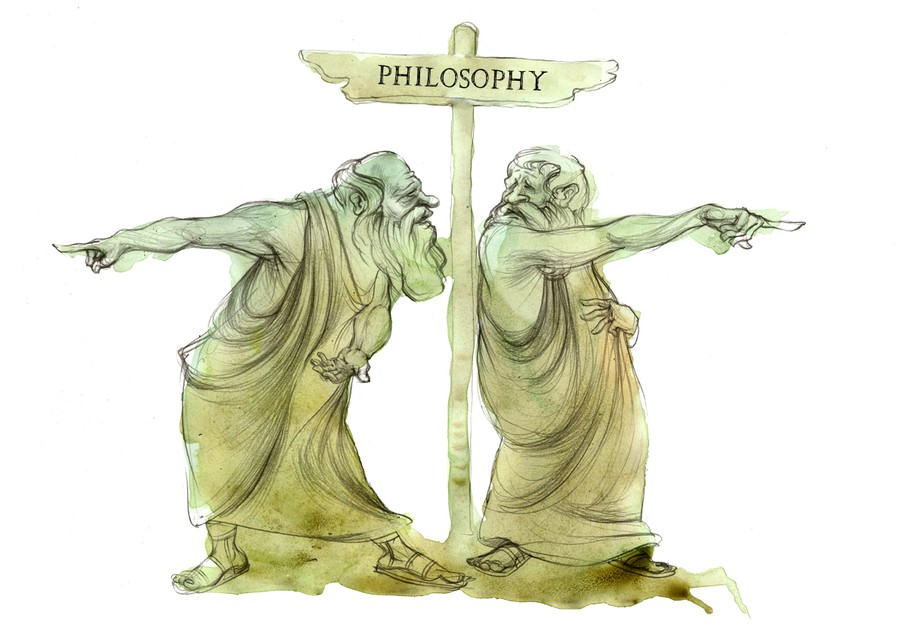 Create the next illustration for Personal 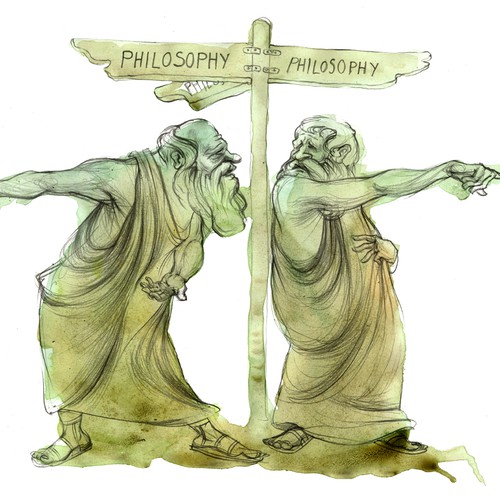 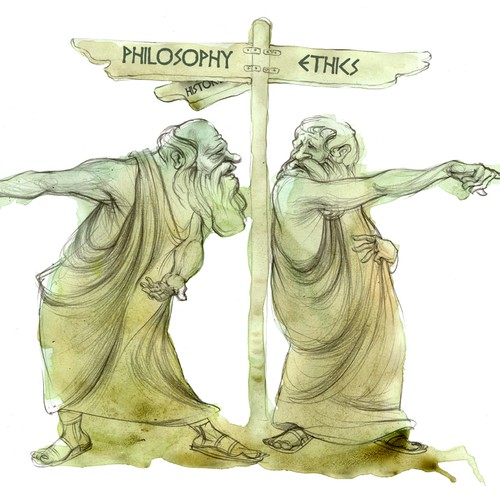 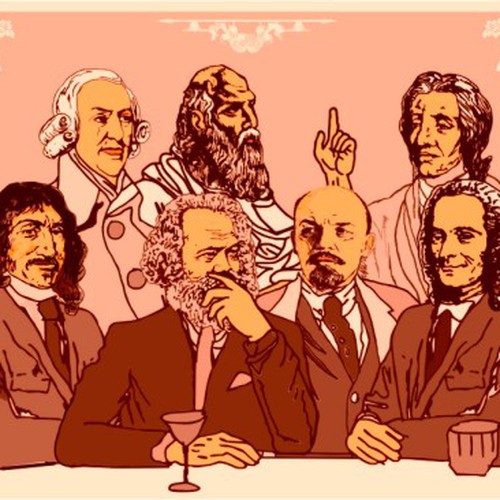 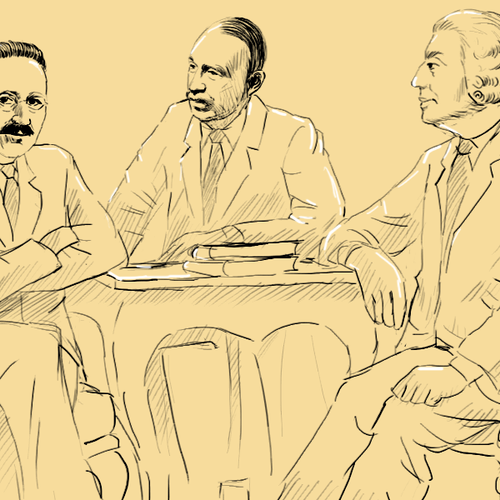 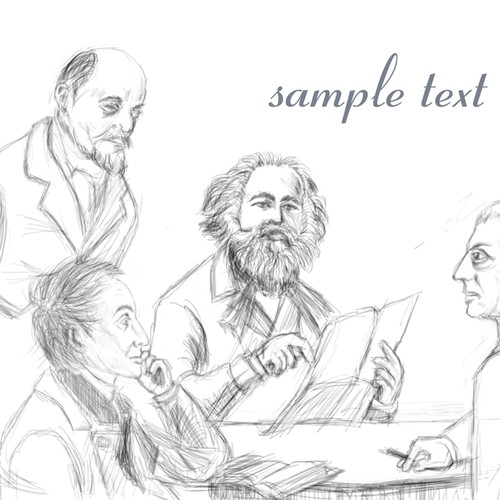 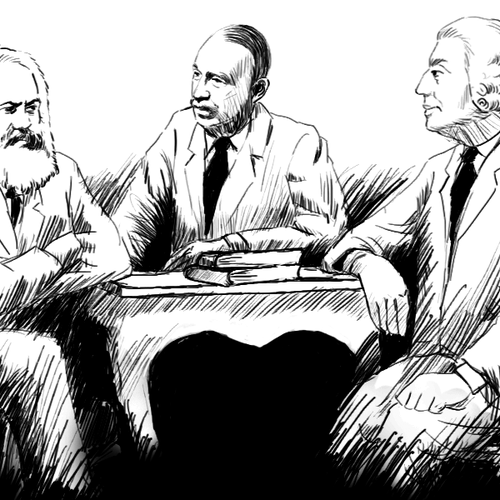 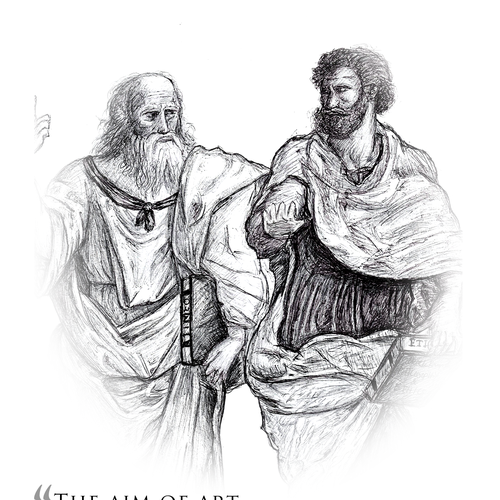 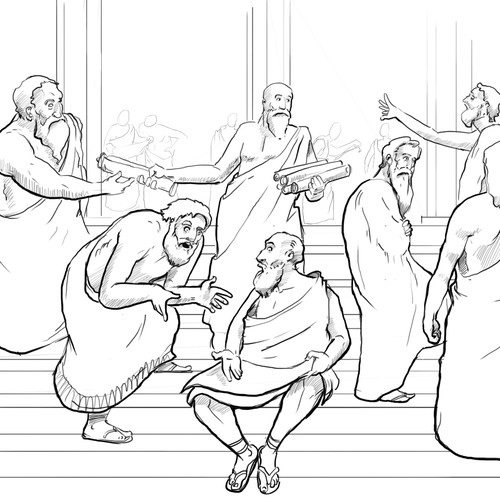 This is a gift

Hi,
I am looking for a design for a card that I want to give my father for his birthday. He is really into philosophy and economics so I wanted to add an image to the front of the card with an image portraying either of these topics.

For the philosophy theme, the way I imagined it is a collage of philosopher's sketches. For example, a collection of images such as http://farm5.static.flickr.com/178/…5b5ae3.jpg and http://secondaryemotion.files.wordp…stotle.jpg. It does not need to be perfect, but including Socrates/Aristotle, Machiavelli, Rene Descartes, John Locke/Hobbes, Voltaire, Emmanuel Kant, Ayn Rand.... Does not to include all, just giving a few suggestions to help searching for images that might work. For example, the face of Voltaire, Socrates standing debating, Rand sitting writing.