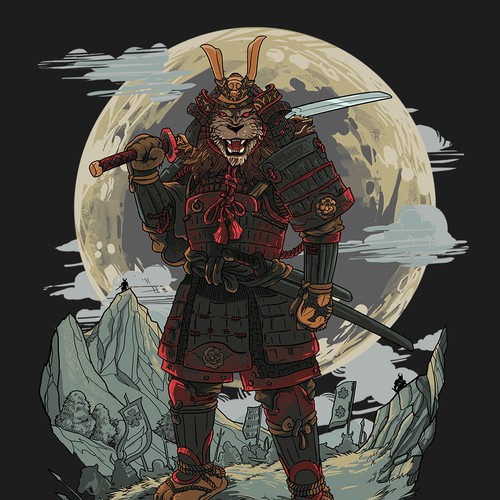 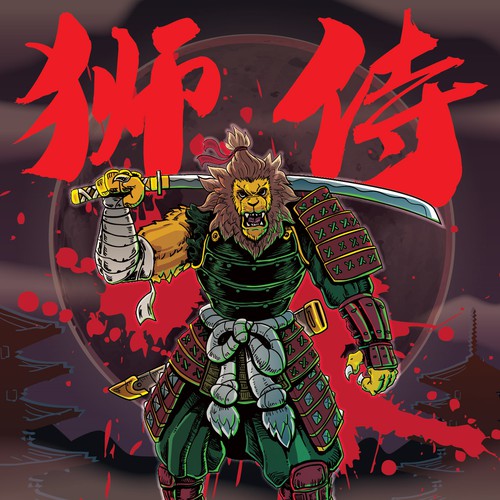 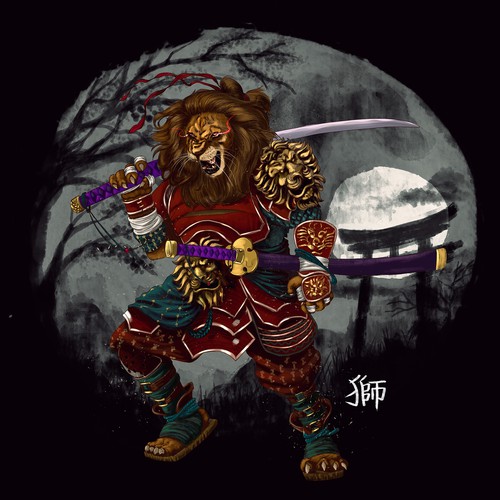 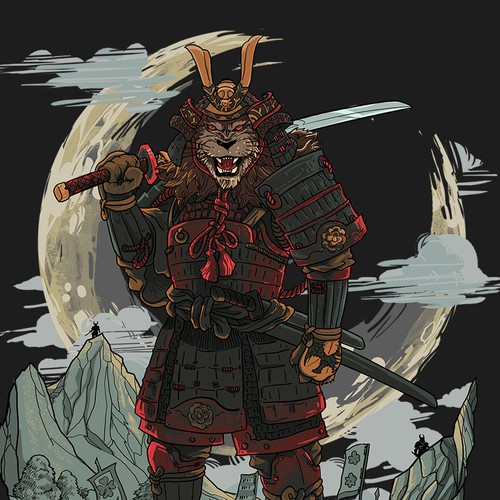 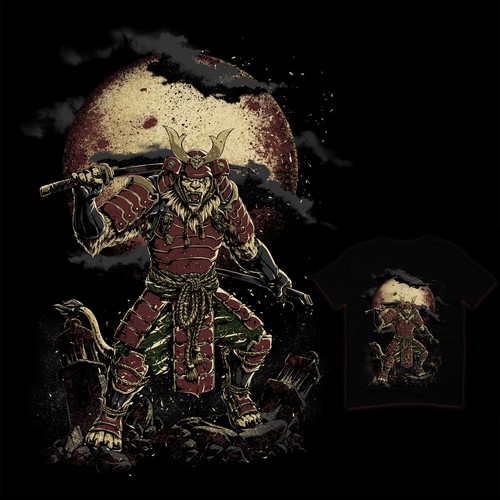 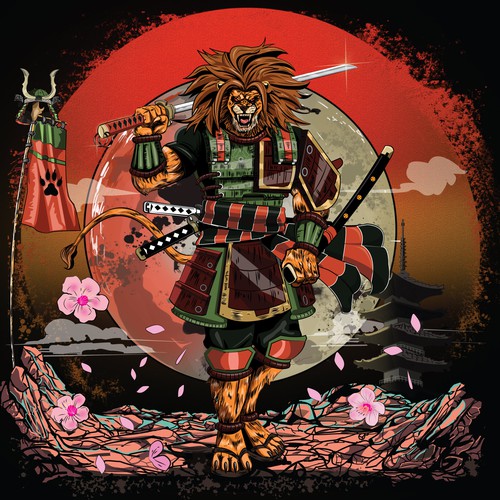 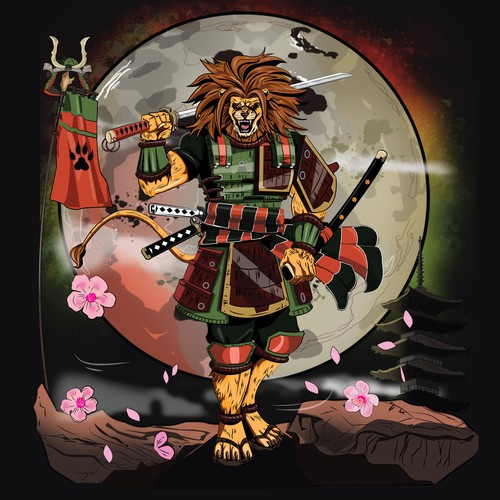 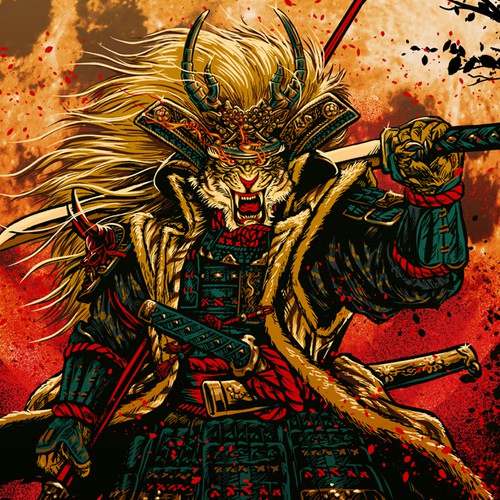 THIS IS A PERSONAL PROJECT.
Please see the attachments for references/ inspiration.

GOAL:
The idea is to create an illustration of a japanese lion samurai in a manga style. This illustration will be later printed on a T-shirt.

THE LION:
Appearance:
- human like body
- standing up
- displayed from the front
- holding a sword (katana style) rested on the shoulder

BACKGROUND:
- simple, dark background
- big moon with some clouds
- mostly grey colored with some red and yellow shades
- be creative with the rest (for example: lion standing on some big rocks or a skyline of a distant village in the horizon)

TRY TO AVOID:
-bright colors
-childish style
-being too abstract with the lions face

MUST INCLUDE:
-Lion in samurai style with a sword (katana style)
-human like body, standing up
-a front view
-moon and clouds in the background

BE CREATIVE:
-headgear
-rest of the background

Illustrations needed for up and coming consulting marketplace (potential long-term cooperation)
EUR 319
We are a marketplace for onsite consulting services, where we connect (mostly) technology experts with great projects at
33
entries
10
diseñadores
fantasy website banner illustration
CA$729
we are a toy company with multiple lines of toys
51
entries
13
デザイナー数
Dragon Cartoon
$349
I am a fantasy author looking to have a cartoon dragon drawn that I can use on mugs, bookplates, t-shirts, and other fun
100
entries
45
デザイナー数
PTP - Laptop Sticker Design
469 $
We help growth companies accelerate innovation through our cloud governance, operations and security services for their
80
entries
22
Designer
Creating illustrations of tech-solution for website and presentations
NOK 3,099
Treffer is a Norwegian tech-company that develops and delivers digital marketing solutions to companies. Through paid ad
21
entries
8
diseñadores
Big Red
$549
Art / children books
71
entries
43
デザイナー数