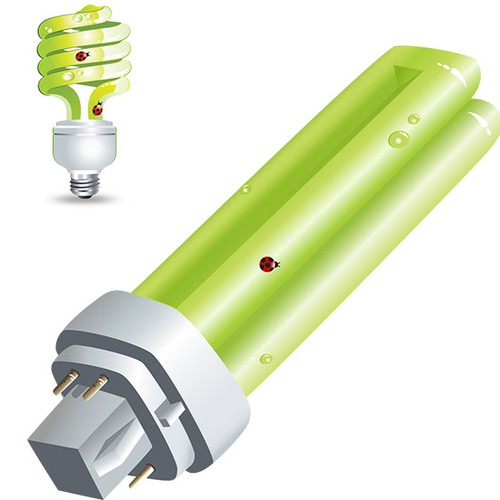 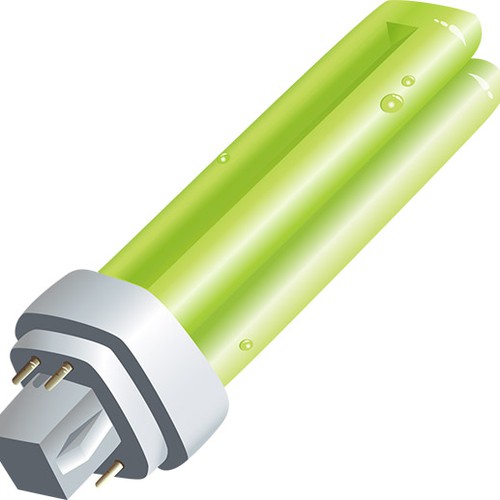 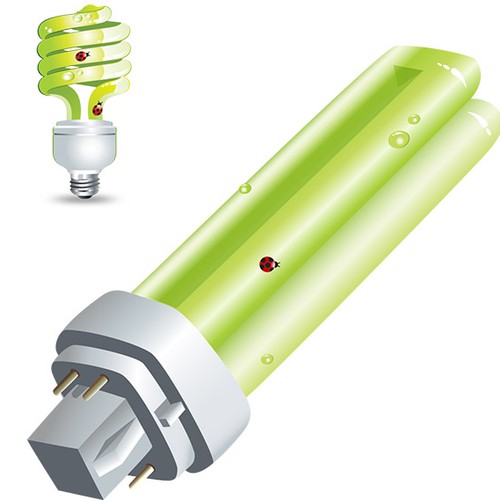 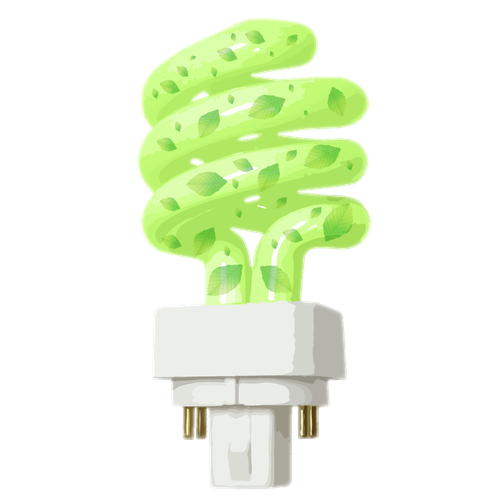 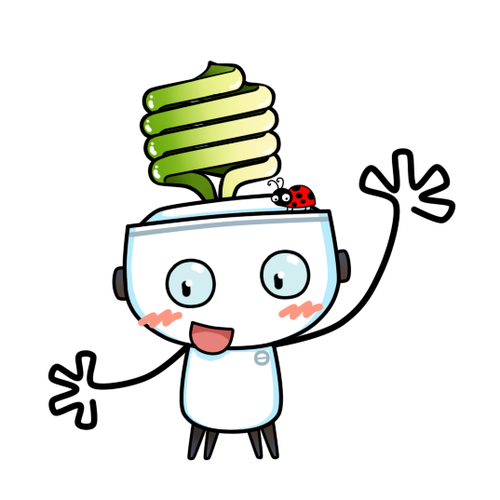 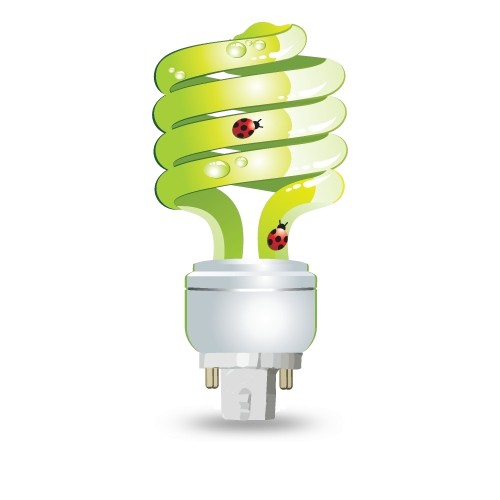 Ok, I had no idea this contest is totally blind for folks submitting -- I have been giving direction in response to various submissions and assumed everybody could see the direction. . .

Having said that, I need a 4 prong CFL bulb that has some green to it (because it IS green tech) to be used on the landing page of a website. I don't want a cartoon. I have an example residential (screw-in) type bulb graphic already and the 4 prong should COMPLEMENT that. I am not looking for a cartoon character who also happens to be a lightbulb.

So, a commercial CFL bulb design -- 4 prongs at the base -- instead of the residential style screw in -- see for example: http://www.elightbulbs.com/Bulbrite…Light-Bulb

Note: The image needs to be transparent background so no framing or other treatment because it will be placed (right now) on 3 different background fills. The image may be placed in the future against a variety of backgrounds, just like the image example provided below.

The ladybugs are used on the landing page as a method of tying together green, green tech, the lightbulb and a display of greenery used as a motif throughout the website. They are not mandatory and if you do add a ladybug (just fine by me) one will do. We're not trying to illustrate an infestation.

the light and airy feel of the design should be retained for consistency -- see the image I uploaded. NOT LOOKING FOR CARTOON CHARACTERS WHO ARE ALSO LIGHTBULBS.

The website page for the image has lady bugs sprinkled near the bulb. The site is complimentary in tones and hues to the green in the bulb, also. It was really an effort to make the thing present as eco-friendly / green, so any treatments that further or present that would be great. If you want to reuse the ladybugs that's fine but not essential. If you have a better idea, I'm happy to see that as well. Thanks!

Vector Illustrations & Graphics Required - Food Retail
A$319
We need graphic design, simple illustrations and text layout for a "Christmas Ham Bag". Detailed visuals are attached.
17
entries
9
デザイナー数
Creating graphics for "About Us" section of the website
US$499
We sell accessories and home goods handmade by survivors of human trafficking....
7
entries
4
designers
Illustration design for a premium Whisky Gift Box
A$600
I'm designing a Whisky themed gift box. It is a gift box for people who love whisky and also love a related pastime...
46
entries
15
designers
***CREATE AMAZING BUDDHA MURAL***
$ 349
We sell trendy custom apparel with unique designs....
33
entries
15
Designer
Illustrate an Awesome Urban Jungle onto Our Lull Mattress Box!
899 US$
We are Lull.com - an online mattress company that sells premium memory foam mattresses that ship in a box the size of...
95
entries
24
designers
Create a vintage illustration of a humanized animal character for Nightshade Arcade e-liquid.
CA$469
We manufacture premium e-liquids to be used in e-vaporizers....
51
entries
24
designers

Comienza ahora
Glam Hippies needs 2 "Glam " Hippies for their logo
US$549
Glam Hippies is a website that sells different all natural products and supplements....
31
entries
12
designers
Re-design a trade bar in an original and modern manner
$449
Bamos is a market place based on barter system....
25
entries
9
designers
Create a ‘New Baby’ design to capture the magic of a new born baby
£269
We are online retailers of various products but specialise in creating bundles of gifts presented in boxes. We sell a nu
61
entries
15
designers
Graphic for our advent calendar
$549
Footway.com is an online shoe store active in 11 European markets. With over 30 000 models and 600 brands we have shoes
20
entries
9
designers
"Tough" Design to Empower Teen Girls
US$ 549
Our organization is about empowering women and now teens. Proving that no matter how tough and challenging life gets, we
57
entries
20
designers
Create a seamless pattern for an equestrian tote!
349 USD
We are looking for a seamless pattern graphic to use for printing handbags, cross-body bags, and cosmetic bags. We are a
254
entries
42
designer
Más información sobre diseño de gráficos e ilustraciones
Vea como funciona