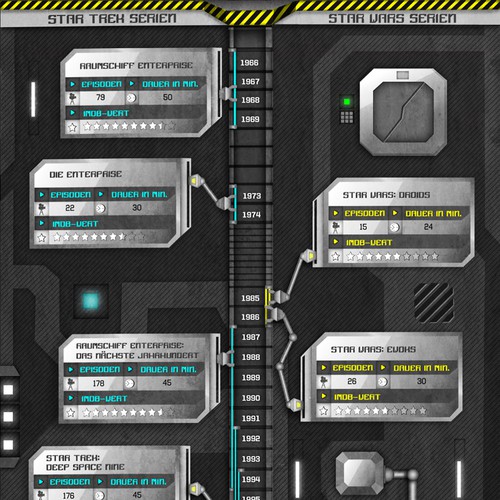 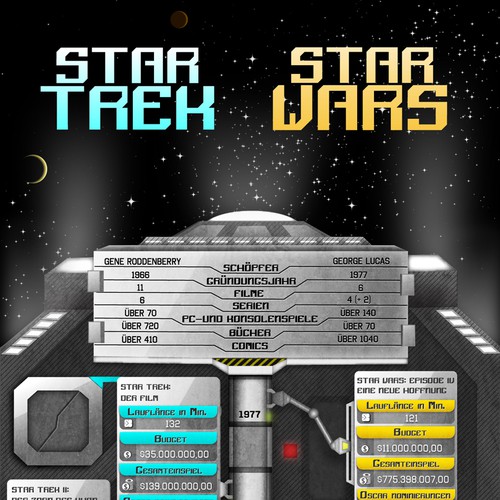 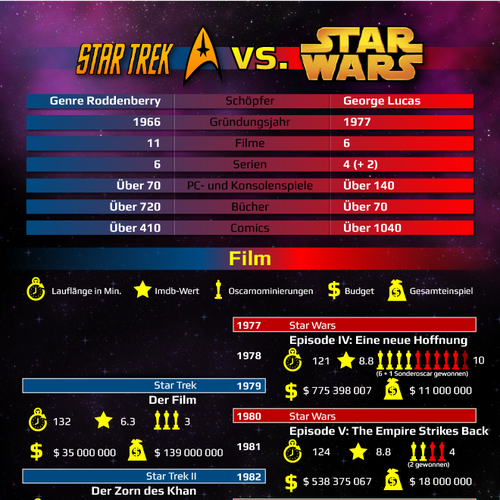 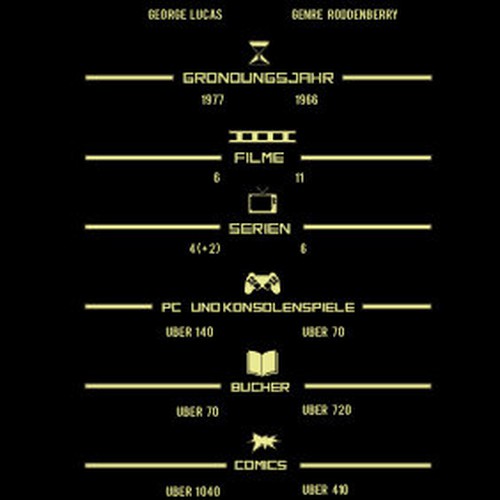 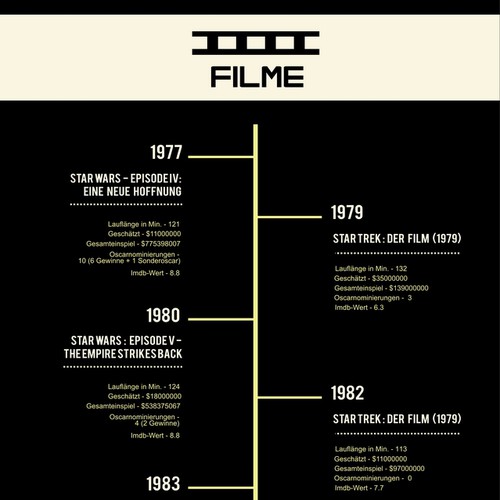 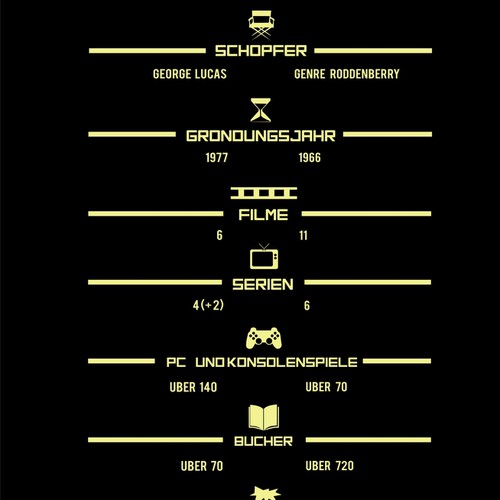 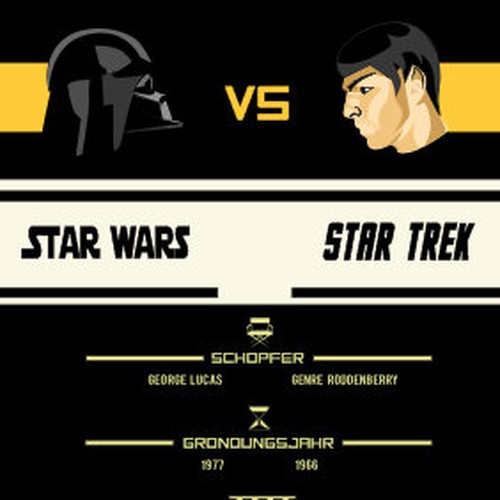 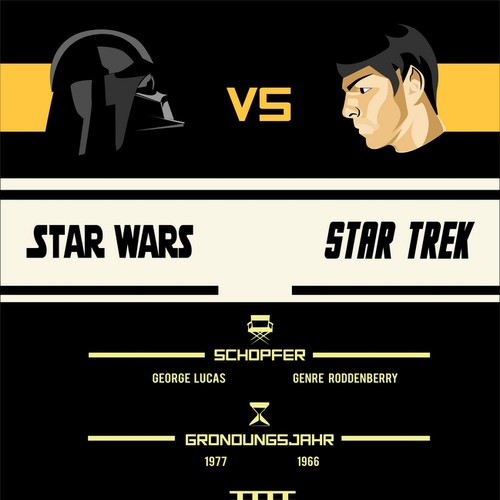 We are a german online shop for geeks and nerds.

The basic data such as number of films, series, books, comics, etc. could be the info on top. (line 2 - 8)
After that a timeline from 1977/1966 to 2014 starts with all the movies and the respective informations about them, visualized by the length of the associated bars. (line 21 – 33) This part ends with the average values. (line 34)
The same procedure happens with the TV series-data. (line 36 - 43)
The whole thing should be illustrated with some topic-specific Images, effects etc.
The result could be 600px × 1.875px or something like that - but of course it depends on your work.

We are also interested in a long-term cooperation with the most convincing designer.If you have any questions don't hesitate to ask.