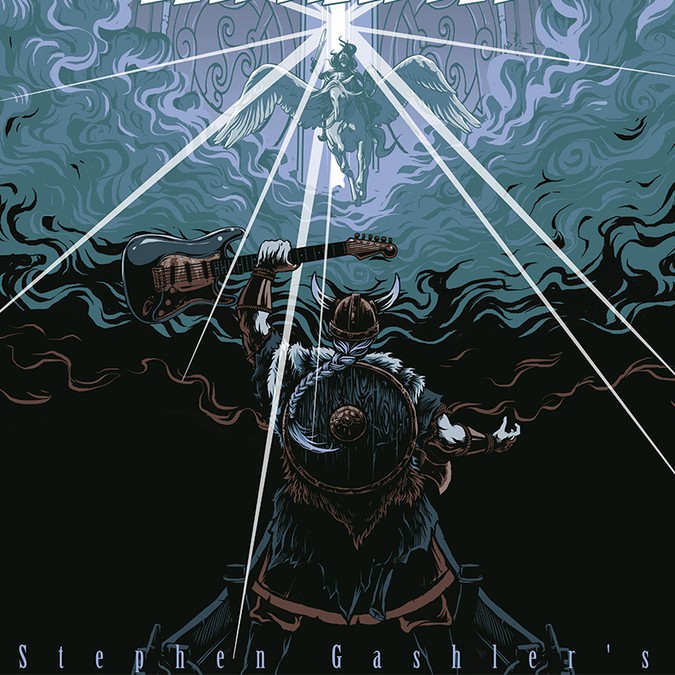 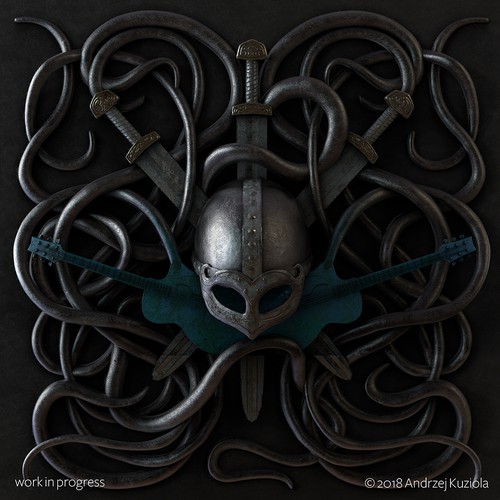 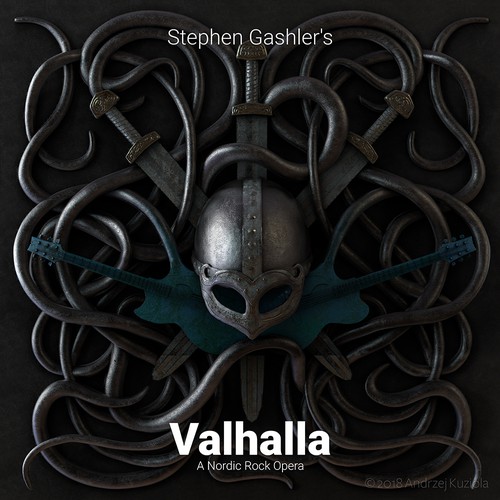 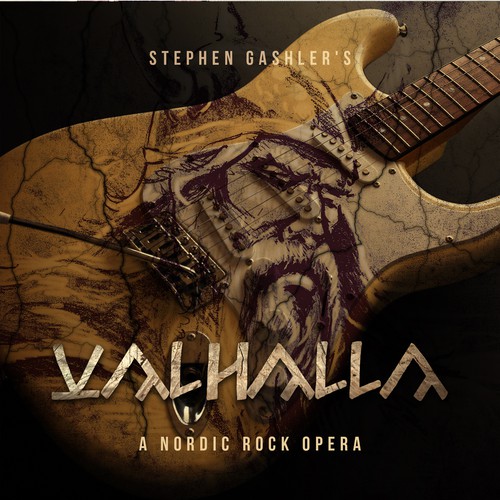 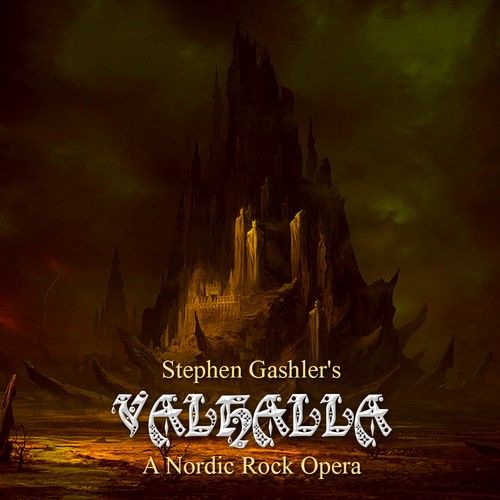 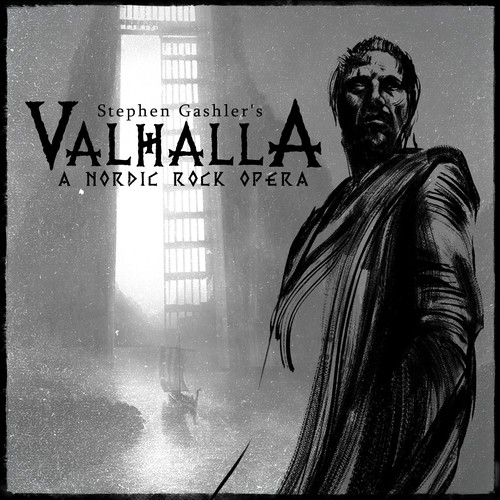 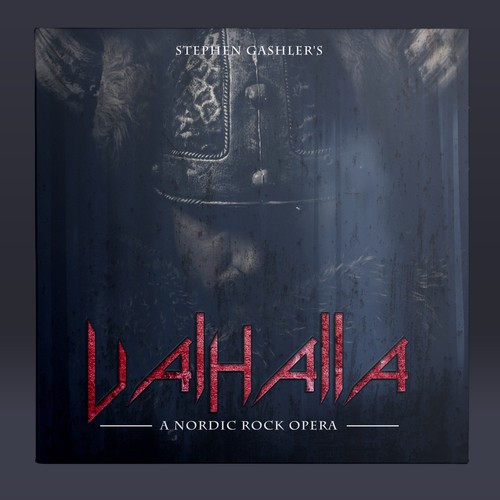 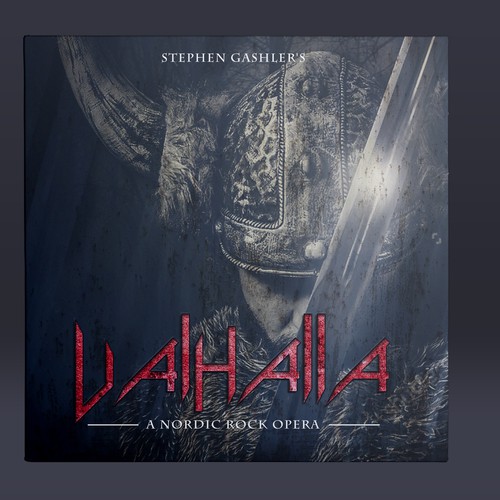 I need a cover for a "viking rock" album. The project is called "Valhalla - a Nordic Rock Opera". Here's a brief summary of the story, which will give you a feel for the theme:

The story, set around 800 AD, is about a young, Norse viking named Sven who gets separated from his raiding party in Britain. In desperation, he kidnaps a young nun, named Mary, for a hostage, and together they sail for Norway. They're hunted down by Saxon knights, and Sven is slain. He then ascends to Valhalla (the heaven for vikings, where they eat and fight for eternity). He's glad to see his deceased father, though his misses Mary. Feeling restless, he takes on the gods and escapes from Valhalla. He's then is given a second chance at life. Sven rescues Mary from the abusive knights and protects the Saxons from another viking raid by making peace with his old clan. Together, he and Mary start a new life.

The theme is heavily-rooted in Norse mythology, referencing the gods, such as Odin (father of the gods), Thor (god of thunder), Tyr (god of war), Freya (goddess of war), etc. There's also many allusions to the valkyries (Odin's maiden warriors who descend from Valhalla on flying horses in order to rescue the valiant souls slain in battle). Other important themes are the ocean, viking ships, rock music, war, and the rough, bearded vikings themselves. The project is family friendly, though of a dark tone.

And here is some inspiration from similar projects: https://www.google.com/search?safe=…82auEnEU1I

Create EPK “Electronic Press Kit” artwork for the new Jungle Concept Album (LP) by Retro Youth
$1,399
Retro Youth is a solo music project I started 4 years ago. I released my first EP “Out of Touch” in 2015 and I’m n
26
entries
6
designers
Twisted Disney Concept EP
349 $US
Collaboration for school. We are paired with another student and expected to put together a concept EP for our final ...
30
entries
17
designer graphistes
A creature design of “The Neox” for a novel's promotion and illustration.
US$ 349
Fantasy Adventure Tales
147
entries
57
designers
DESIGN "WIZDOM" OFFICIAL ALBUM ARTWORK
USD 899
Hip-Hop Music targeted to all ages
89
entries
32
designers
Alaskan Artist - Ocean Inspired Album Cover
US$349
Krimson - Alaskan Singer/Songwriter and Outdoor Show Host
183
entries
46
designers
Design a whimsical, irreverent fairy illustration for a t-shirt
$349
People who love fairy tales, so mostly women and girls. We're about to publish a middle-grade (ages 8 to 12) novel calle
111
entries
55
designers