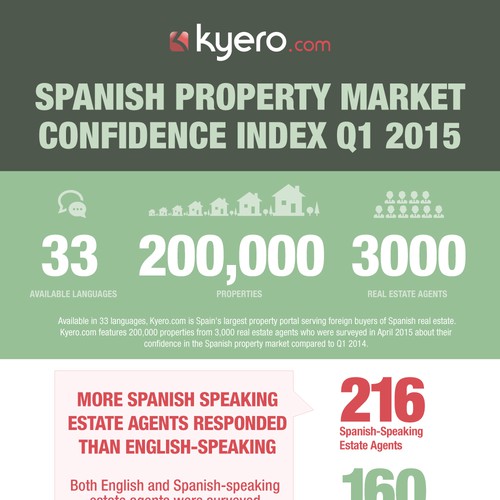 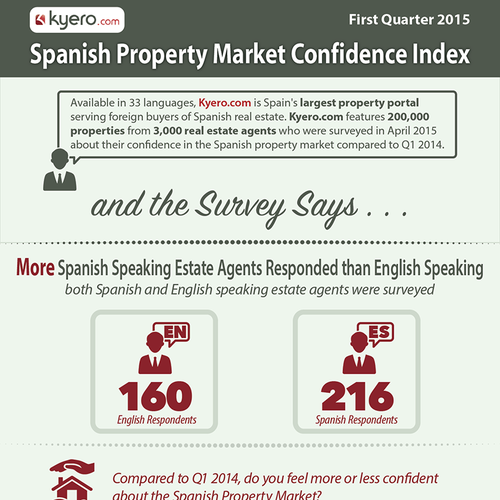 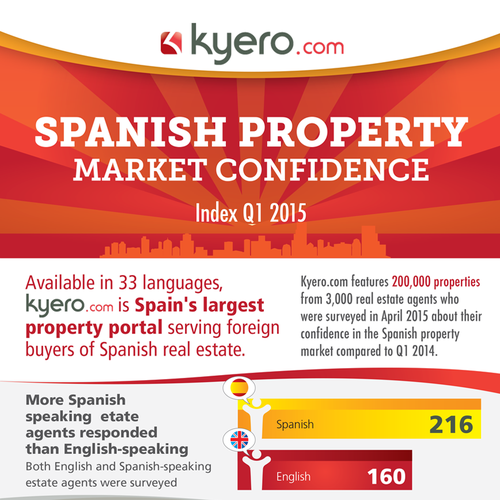 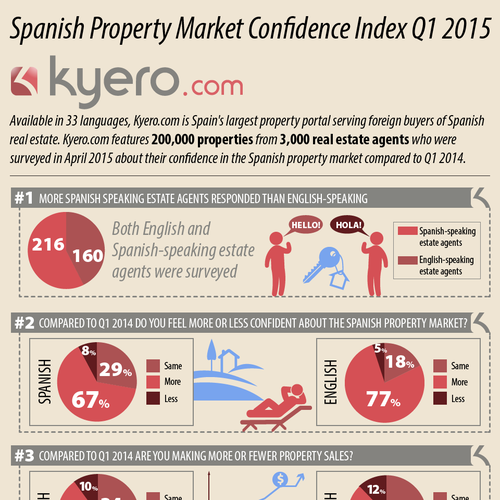 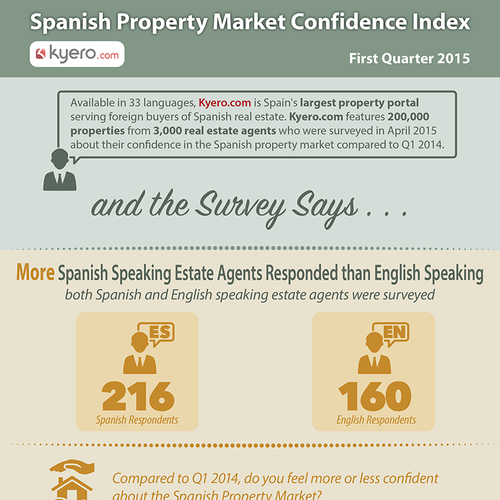 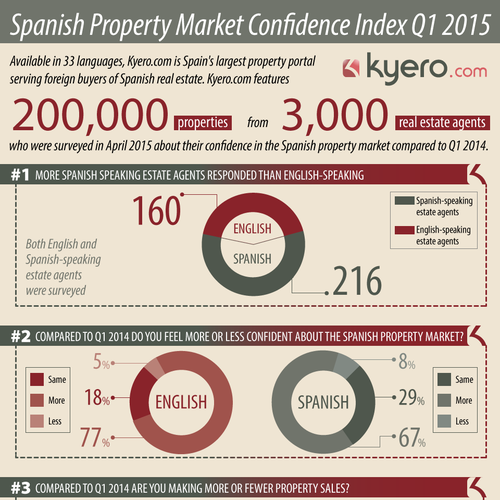 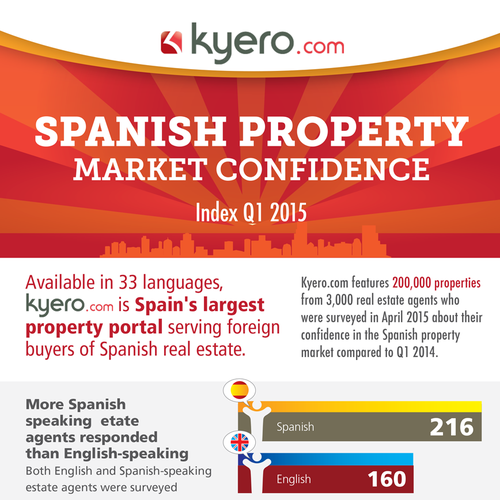 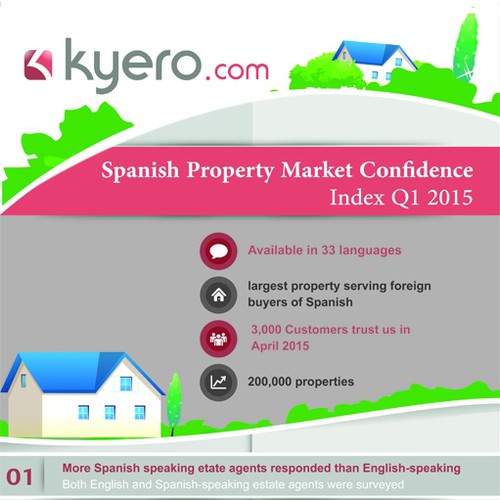 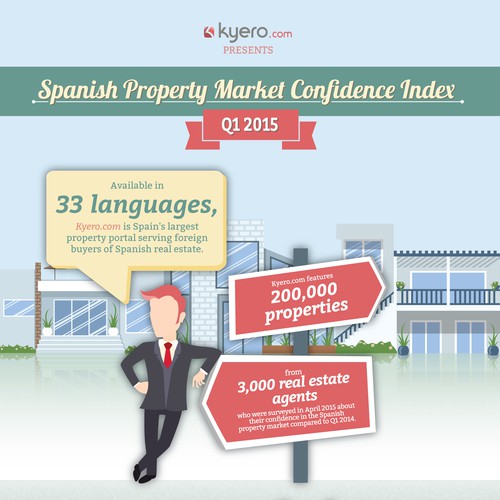 This is for a new survey showing how the market confidence of real estate agents changes over time. We'll update it once a quarter and it will accompany a press release / story.

Overall, the impression we want to give is that Kyero.com is the largest real estate portal in Spain focused on the foreign buyer market.

It's important to mention that we have 200K properties from 3K real estate agents and the site is available in 33 languages.

Our web site colours / branding are changing at the moment, so no need to fit in with that too much - probably just incorporate the logo.

You can see a preview of our new design / work in progress here: http://tinyurl.com/o3xbvoh

CHART 6. TITLE: What caused your change in confidence over the past 12 months?
SUBTITLE: English and Spanish-speaking estate agents have different perceptions about why the market has changed

TTILE: The Hottest Areas of Spain
SUBTITLE: Areas where estate agents expressed their confidence in an improving market

No data for other areas / provinces - leave white / blank

DESCRIPTION: Available in 33 languages, Kyero.com is Spain's largest property portal serving foreign buyers of Spanish real estate. Kyero.com features 200,000 properties from 3,000 real estate agents who were surveyed in April 2015 about their confidence in the Spanish property market compared to Q1 2014.

We're open to innovative / inviting styles and designs. Here are a few we like the feel of, but don't let that limit your creativity!

Awesome Resume Infographic
US$ 599
We are a marketing company specializing in multifamily apartment rental communities....
23
entries
15
designers
Create an Infographic about the Grass at Sporting Venues
£ 369
Supply quality Medallion turf, premium topsoil, bark and compost, throughout London and the Home counties for trade a...
24
entries
16
designer
Create 4 mini Graphics for Infographic - CrowdFund Platform
AU$ 599
Brickraise is Australia’s first dedicated service offering crowdfunding in the real estate investment market.
73
entries
20
designers
Graphic demonstrating a company's name change
599 $US
Real Estate Sales-Home Buyers and sellers...
61
entries
20
designer graphistes
Infographic contest - this is NOT a LOGO contest, this is for an INFOGRAPHIC.
US$599
Contest to create an infographic to easily and graphically explain the benefits of Handel Home Benefits. Details in PDF.
23
entries
14
designers
Create a flowchart that helps make first time home ownership possible in expensive markets
US$1,599
We are an Affordable Home Ownership Program Administrator that contracts with local governments to rebuild and run th...
5
entries
3
designers