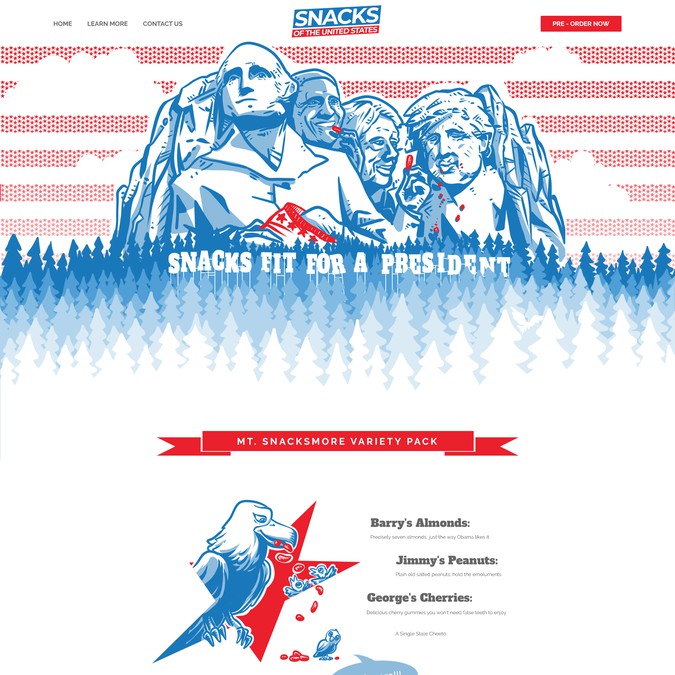 Design a landing page fit for a President... who loves snacks 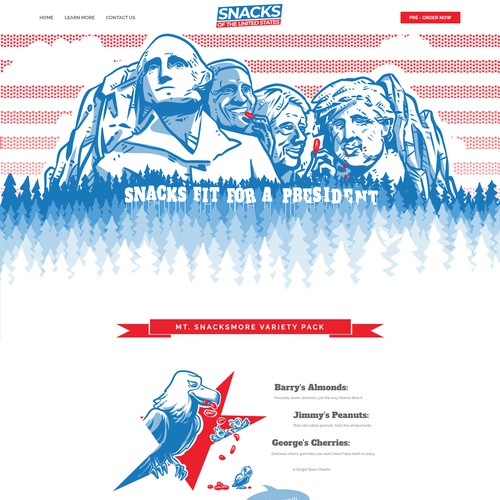 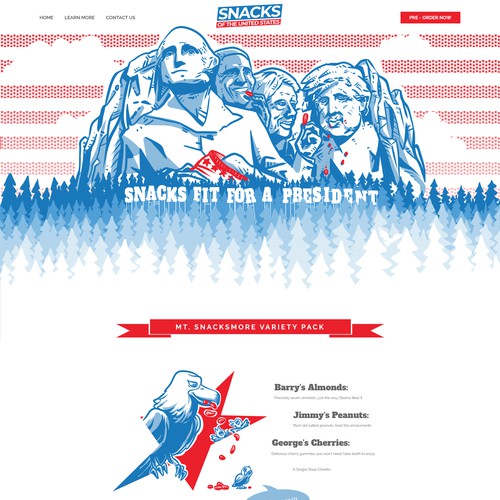 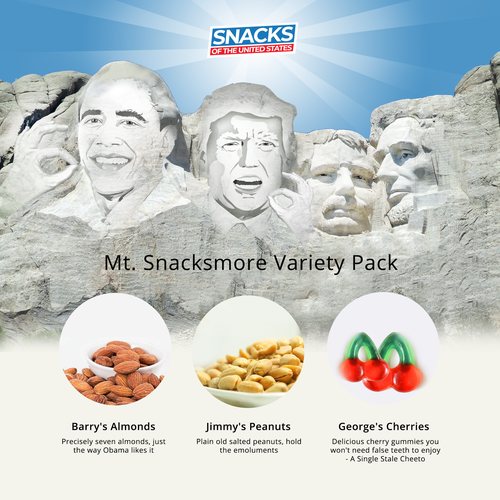 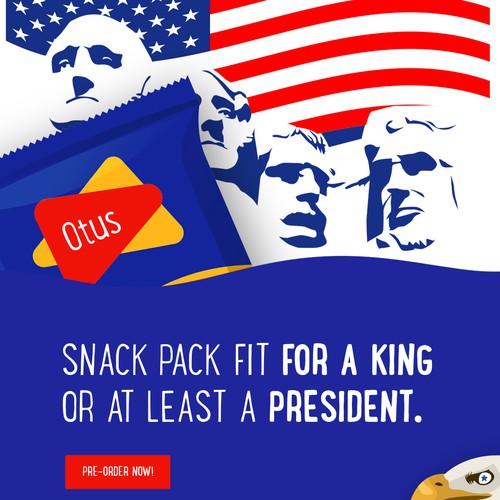 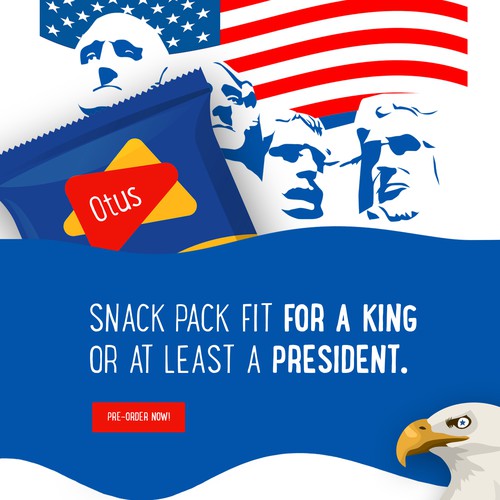 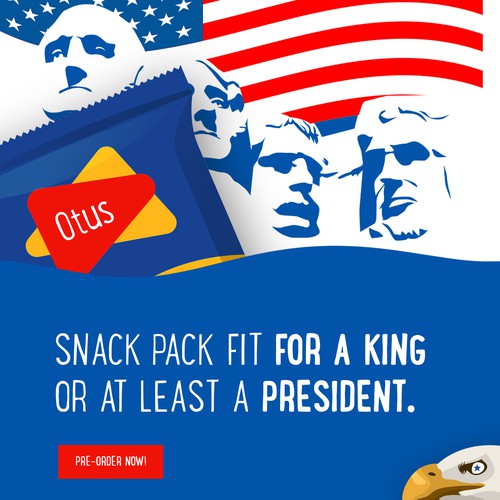 At SnacksOfTheUnitedStates, or SnacksOTUS, we sell a novelty snack pack fit for a King -- or at least a President.

Our humor will appeal most to people 18-35 from the United States.

Bright, bold, humorous/whimsical, cartoonish. This website is definitely tongue-in-cheek, and we want the design to be more fun than professional. Definitely lots of reds, whites, and blues.

An illustration for the first "panel" of Mt. Rushmore, but the Presidents are eating snacks. Preferably, the four Presidents would be Barack Obama, George Washington, Jimmy Carter, and Donald Trump, but that may be asking too much! Mostly just want a catching, memorable visual here; plain old Mt. Rushmore would be okay but the goofier the better.

The second "panel," found after scrolling down, would have an explanation of our "Mt. Snacksmore Variety Pack," which would include four snacks. Preferably this text is on the right of the page, and a patriotic illustration (eagle, flag, etc.) is on the left.

We want people to be able to pre-order the snack pack, so we'll need to include a "Pre-Order Now" button on that second panel that leads to a Stripe checkout and lets us collect money. The pack will start at $20. I'd also love to include social sharing buttons beneath the Pre-Order button.

Keep it really patriotic and funny! I strongly prefer PSD for the final deliverable.

Help Cabal Cigars with a mobile-tuned landing page
$499
Cabal Cigars is a new, boutique cigar brand. Every cigar is equipped with a QR code that points at a mobile-tuned…
12
entries
5
diseñadores
Landing page for new company
A$499
We provide water filtered solutions to homes...
32
entries
8
designers
Create the perfect landing page for an innovative, awesome, and perfect new wine education product
$799
I am using the lean startup/customer discover method to start a new business. I need a landing page that I will use ...
78
entries
9
デザイナー数
Create a pre-order page with a warm, conversational, chill feel for a coffee sampling brand
USD 299
Brainery Cafe is a monthly coffee sampling subscription and online retail store....
43
entries
10
diseñadores
Smoothie Landing Page - Get Creative!
US$ 799
Looking for a stunning landing page design to increase sales and conversion for our digital diet product!
45
entries
22
diseñadores
Lululemon-esque Manifesto page for wine site.
USD 299
Site about wine from Deutsch Family Wines & Spirits aimed at millenials...
11
entries
8
designers