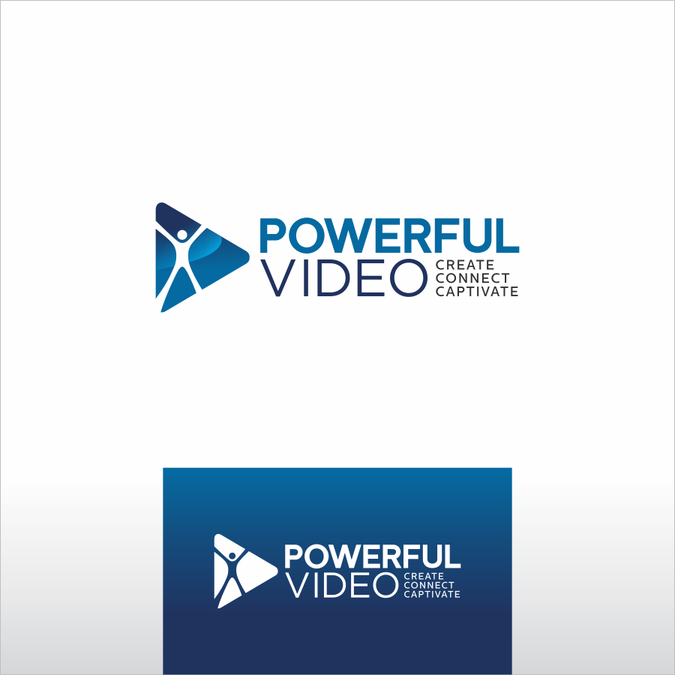 Help Powerful Video with a new logo and business card 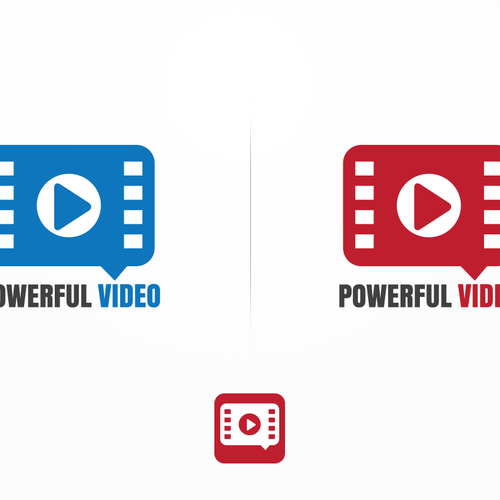 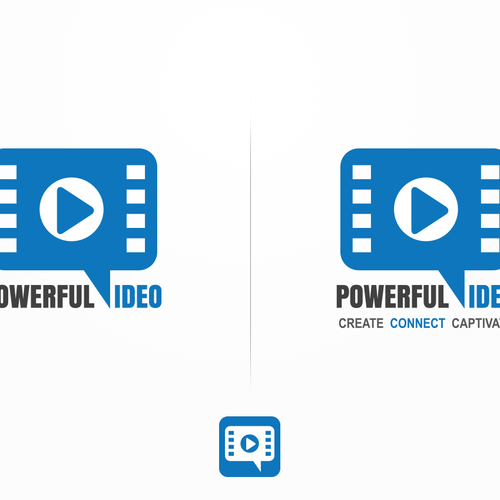 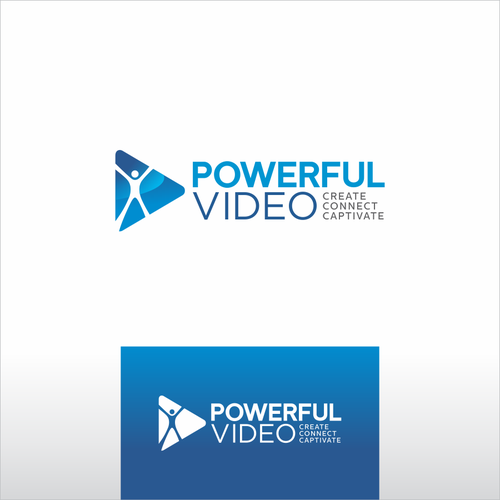 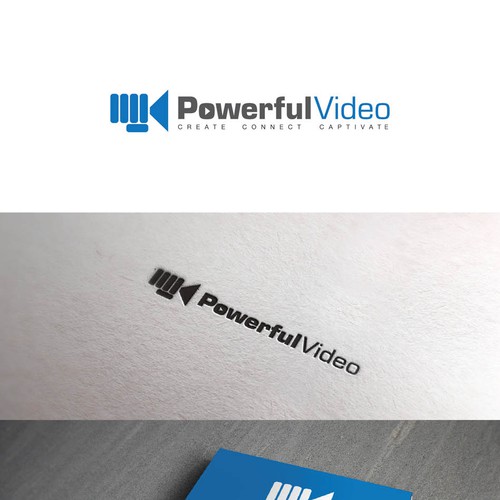 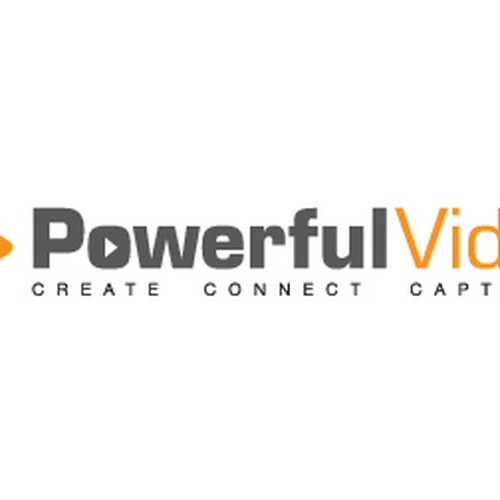 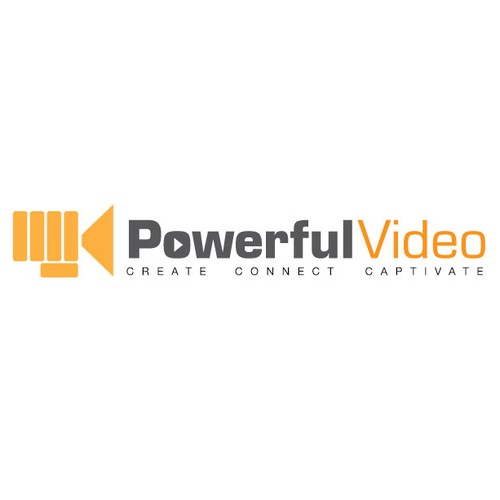 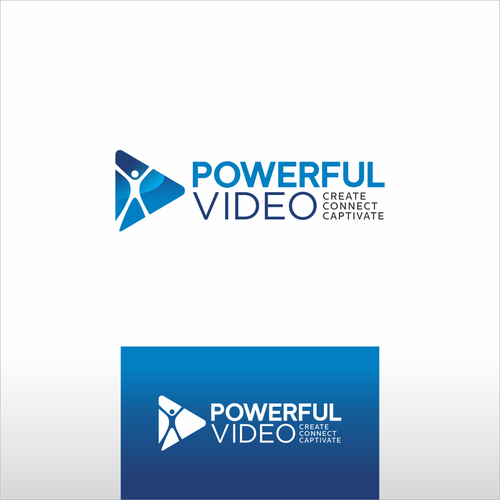 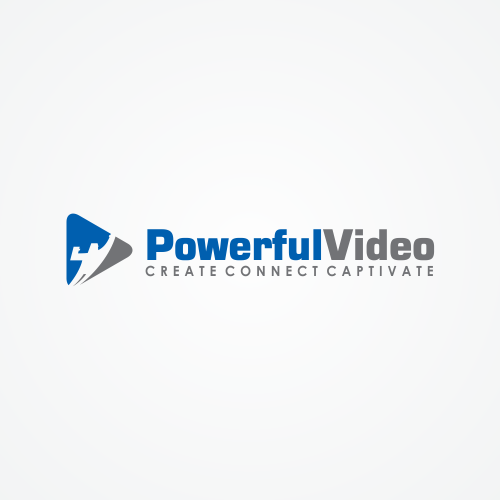 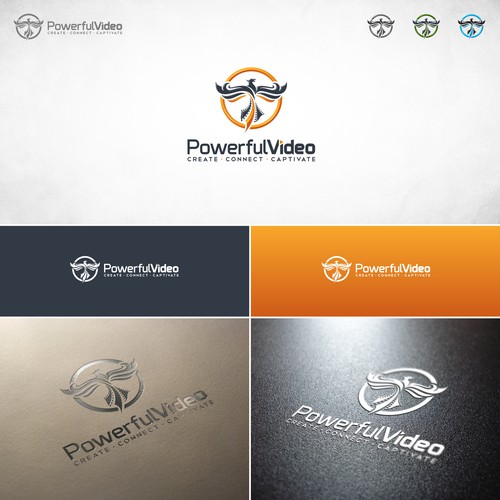 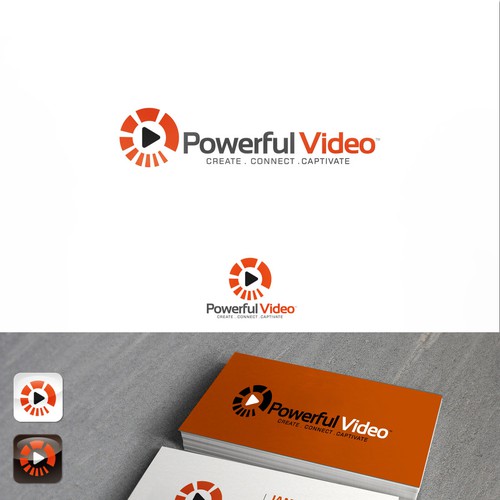 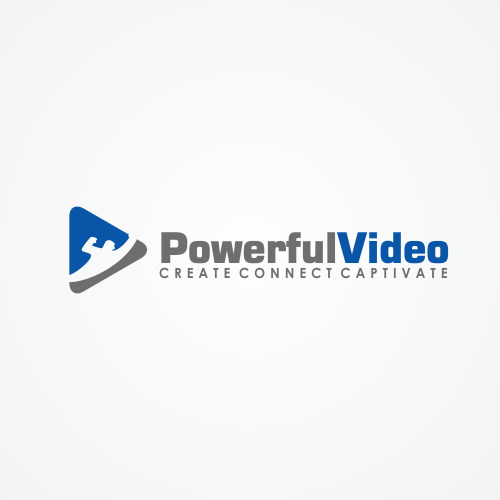 Helping Authors, Speakers, Entrepreneurs and Online Marketers improve their On-Camera Skills so they can create Powerful videos that increase their business.

Blue and Orange, but I'm not opposed to Red.

It's important to distinguish that we are NOT a production or editing company. We don't sell or rent video equipment. We coach people, so they can be powerful on camera.

We want to see if we can incorporate 2 elements. A play button With and image or human element inside. It can be abstract, but it should never be cheesy. I DON'T want a Superman with a play button on his chest, but if the play button was shaped like a superhero that's different. I've included Images from the incredibles because I like the artwork from the closing credits, also the intro from the movie "Catch me if you Can" has nice art. If a human element like that was somehow shaped into a play button, that might be the best.

Think outside the box (one more time). The play button is important cause it's video. but we don't want to be mistaken for an editing company (that's the biggest challenge), that's why we've been wary of long reels of film strips or old time reel to reel cameras.

Just images. I do love art deco faces. Don't feel you have to make it a superhero!!! It's about being confident.

Comienza ahora
A classic, sophisticated logo with a little modern flair
449 USD
We are an investment bank that represents owners in the sale of their mid-sized companies; our clients are business owne
317
entries
92
designer
Incubator to Support the Evolution of Consciouness
$649
The business is an incubator that works with start-up entrepreneurs in the spiritual domain and helps them grow and buil
80
entries
19
diseñadores
Design branding for social innovation start-up
750 $US
We work with organizations to develop strategies that look beyond their own sector (government, nonprofits, companies) f
285
entries
72
designer graphistes
making of: mobility - looking for a sleek and simplistic design
EUR 680
consulting, market intelligence, community building, facilitation in the field of transport and mobility
652
entries
83
diseñadores
We truly care about our investors who trust us. Please make our brand show it.
$449
We provide consulting services to investors who are looking for investment opportunities in a wide range of sectors (rea
33
entries
10
diseñadores
Though provoking. No complacency. Challengers of the status quo
599 A$
SMALL PRIVATE NETWORKING AND BRAINSTORMING EVENTS TO PICK EACH OTHER'S BRAINS Finding solutions by discussing ideas Ch
34
entries
7
designer
Más información sobre diseño de logotipo y tarjeta de visita
Vea como funciona