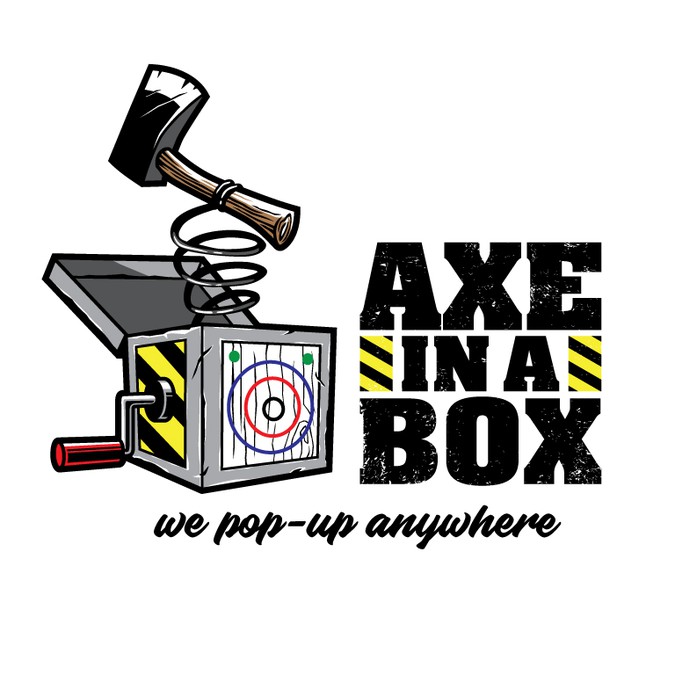 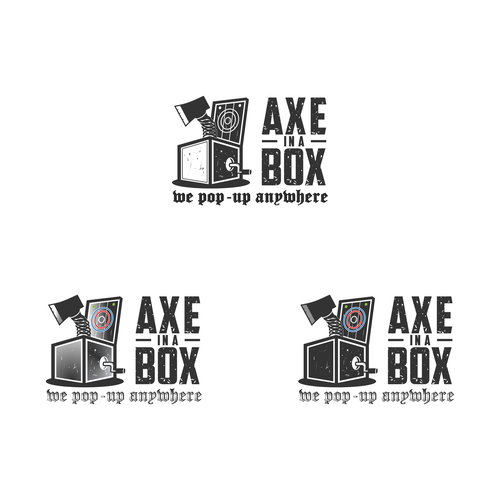 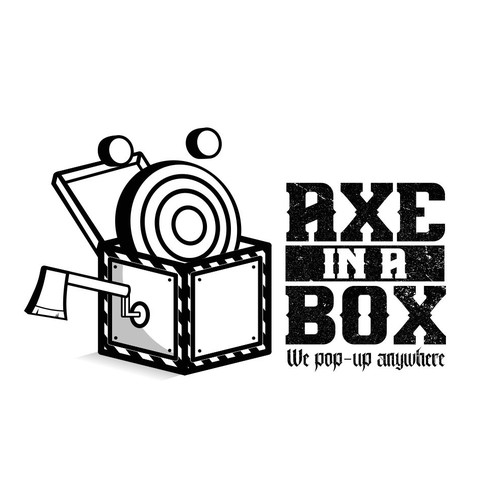 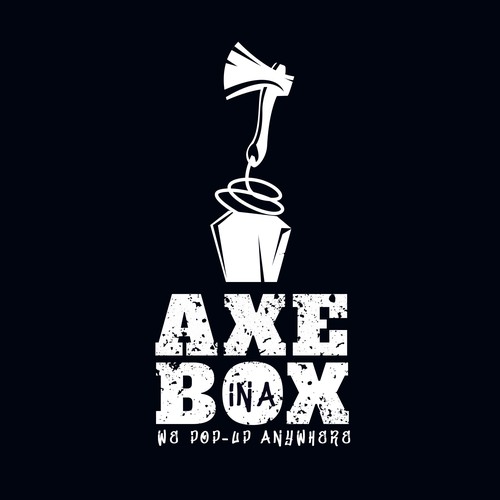 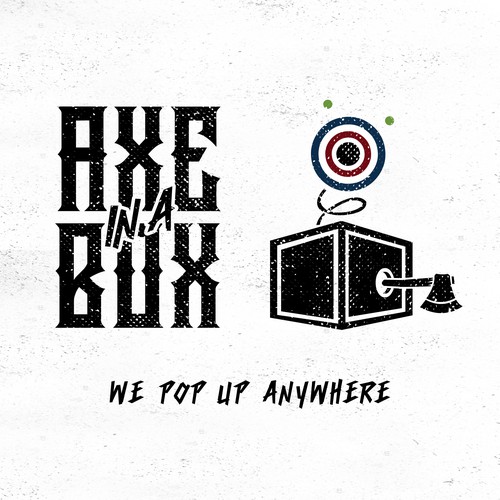 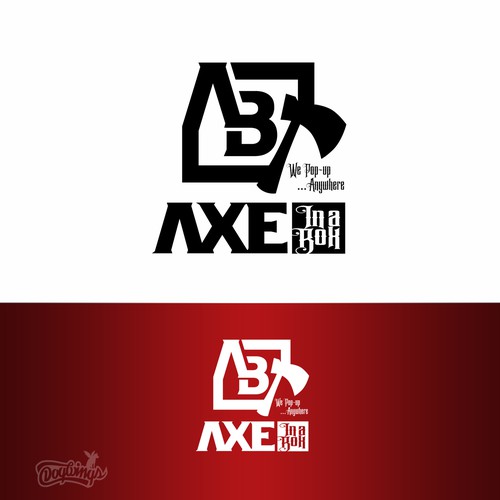 Axe in a Box

This transforming truck & trailer is a one-of-a-kind mobile axe throwing venue. With the push of a button it will transform from a sleek looking shipping container into a party for up to 50 people with staff/instructors included. This venue comes to you. So, it can be rented for private parties at home, corporate team building at work, fairs/exhibitions, or used by existing axe throwing clubs as additional space for tournaments and special events. Although children and teens may participate, the branding should be targeted at people 21+ years old.

Geometric version of the Rhino is why I chose this.
Two images in One is great. Combining an axe and jack in the box would be cool.
Simple. Logo could clearly be separate from the name.
Simple. Clean. Logo is clearly divided from text.
Texture of TFR is good. Two images in one is great.
Font is cool.
Logo and name separation is good. I like that it pops off the page.

I would like to clarify my vision for the three items. I really want the 'logo', 'name', and 'slogan' to be distinctly separate pieces to the finished product.

I would like to see the 'logo' more as a mashup between an axe and jack-in-a-box toy. Maybe the axe as the crank handle or coming out on the spring. Maybe a target on the inside of the opening lid. I really like the transforming aspect of the truck being incorporated visually as the box/toy opening.

I would like the company 'name' to be big, bold, and clear with "Axe" and "Box" more prominent than "in a". I would like some sort of gritty texture incorporated into the font making it feel rough.

I would like the 'slogan' more in the font style selected/referenced in the brief. A sort of gangster style of calligraphy.

Thank you again and I look forward to seeing your designs.

The wow-factor of this mechanical beast will definitely turn heads. It is a huge sexy looking machine. Tough, safe, and fun. That's important to know and be represented visually in the logo.

The name of the company is a play on words with "Axe in a Box" and 'jack-in-a-box'. That's why the slogan includes "pop up". This is something to consider with your design because when the container begins to transform it opens its roof like a jack-in-a-box.

I would like four(4) files at the end.
One(1) file with the logo, name, and slogan all together.
Three(3) other files where the name, logo, and slogan are saved individually.

Thank you very much.

New toy logo!
CAD 399
SCRAPPIES are stuffed animals made from mixed and matched pieces of fabric. Age target is 3-12 years.
28
entries
5
diseñadores
I need a logo for my son and his friend for a project they are engaged in.
USD 299
water
61
entries
29
diseñadores
Create a logo for an inovative Online Poker Compagny
269 €
Liga Galáctica is an online poker project that aim to reunite private poker clubs into one big Union (Liga) . Ultimately
26
entries
15
designer graphistes
Game Company Logo design
$499
We make mobile games that provide deep game play experiences yet highly accessible to all audiences.
154
entries
51
デザイナー数
Poker Logo
300 US$
Poker
154
entries
15
diseñadores
Design an exciting, modern logo for a brand new Escape Room in NZ
AU$ 400
We are an escape room business, where people pay to be locked in a creatively themed room where they have a limited amou
79
entries
9
designers

Comienza ahora
New Zealand Casinos
US$ 299
Casino reviews - check https://newzealandcasinos.nz/
34
entries
15
designers
Boat Name
USD 299
This is actually the name for a boat. The owners are fun, trendy people and we just want to see what creative fonts and
34
entries
12
diseñadores
A classic logo for an Outdoor & Hunting Enthusiast
US$ 299
Ranch Water LLC represents outdoor hunting, fishing, boating, and water activities. It's literal meaning is a famous coc
6
entries
2
designers
Fun image to portray a raucous four-day weekend
$ 299
The Leadership Conference is a four-day golf trip for 28-32 men in their 40's through 60's that has been going on for 20
44
entries
14
Designer
Game logo for Rocket Arena game
USD 299
Arena First Person shooter with a focus on big destruction with rockets. Think rocket launchers and Quake 3 Arena.
14
entries
9
diseñadores
Design awesome logo for the Game Company!
$299
Founded in 2016, we committed to develop the next generation of hard-core online multiplayer games for adults. We develo
78
entries
18
diseñadores