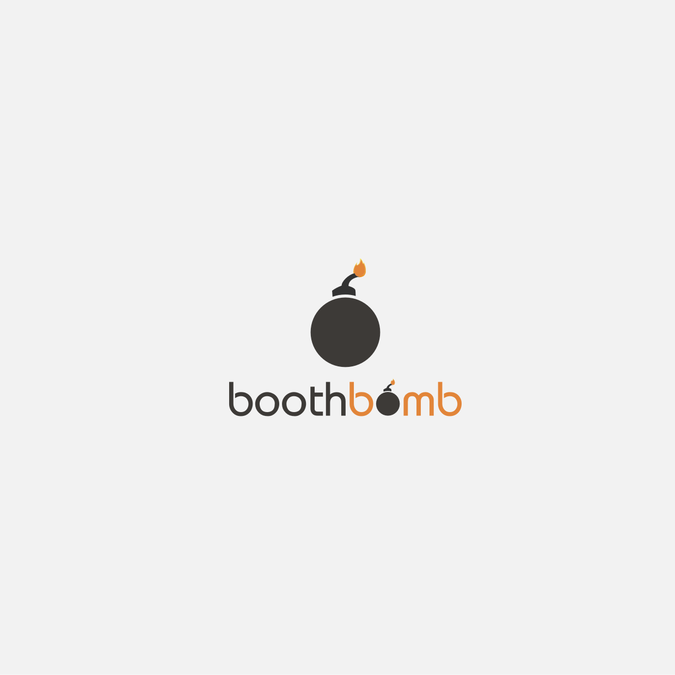 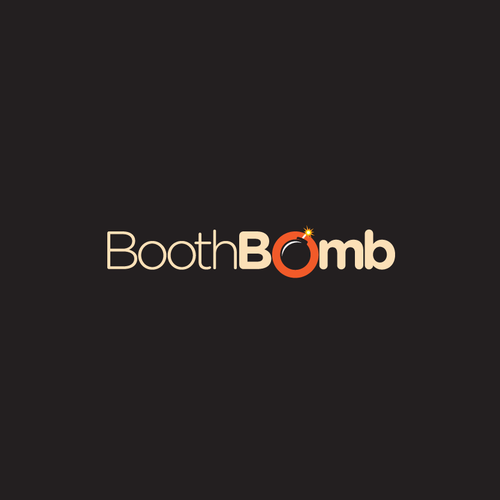 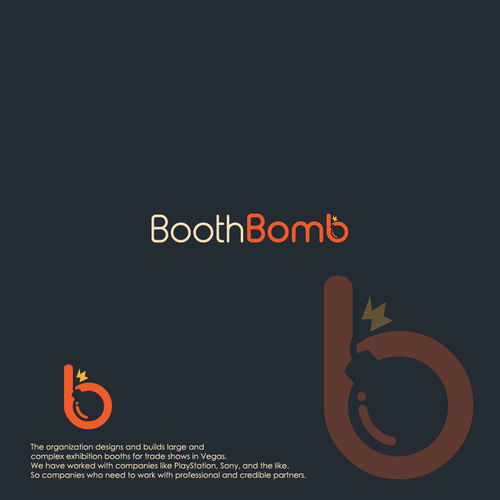 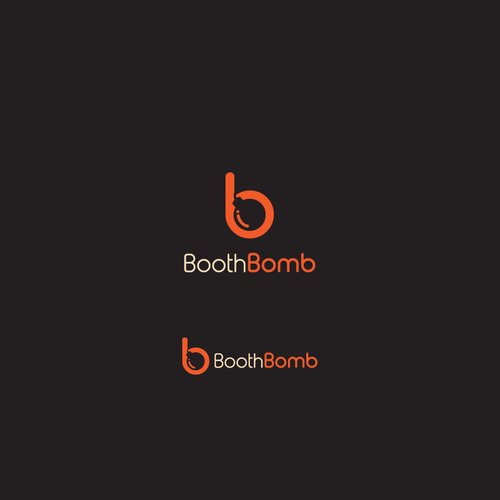 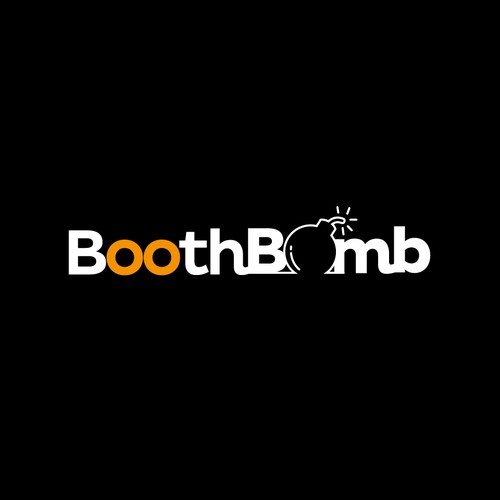 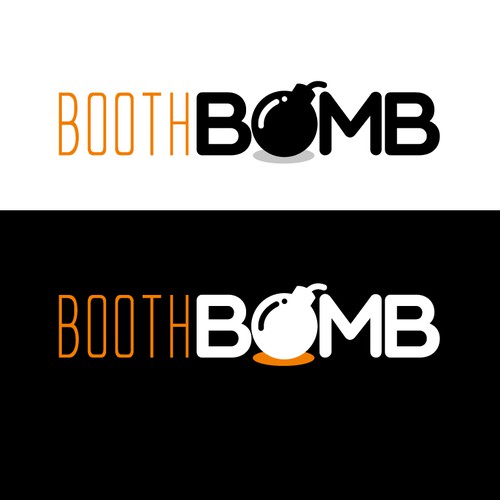 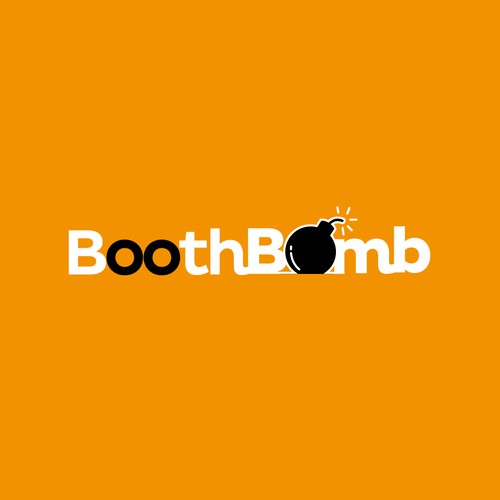 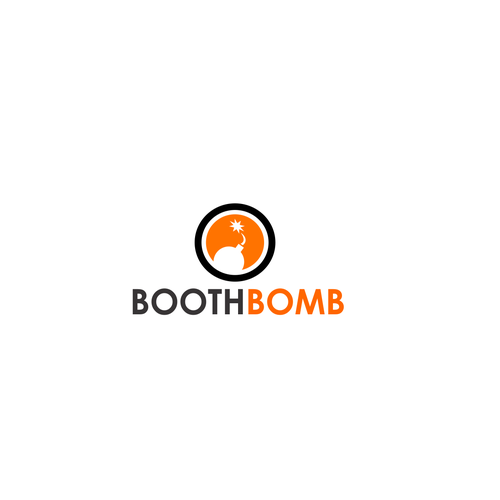 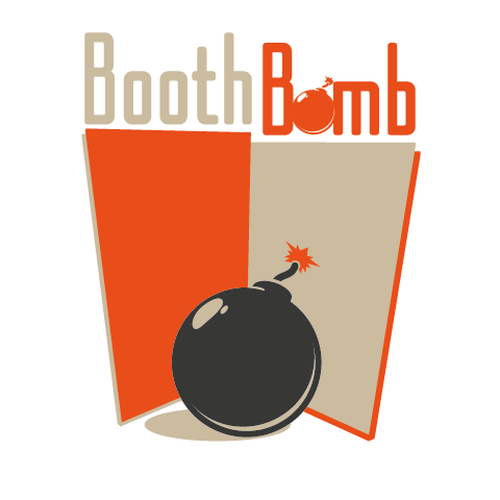 The organization designs and builds large and complex exhibition booths for trade shows in Vegas. We have worked with companies like PlayStation, Sony, and the like. So companies who need to work with professional and credible partners.

The title BoothBomb is written in CamelCase, meaning the words are meant to be together with a capital letter at the beginning of each word.

I want the letter 'o' to be represented with a bomb graphic. The bomb graphic is a critical focus. Because I want to be able to pull it out and use it as a standalone graphic "shorthand" logo. LET ME EMPHASIZE THAT THE BOMB DESIGN WILL MAKE OR BREAK MY DECISION.

The font. I am unsure. I want a font that would be described best by these three adjectives playful, modern, professional. ONLY SANS SERIF.

Since it will be integrated with a bomb, the corners of the font should not have sharp angles. A soft cornered font would likely best conform with the bomb.

The bomb itself. I want a circular round bomb with a wick on top. Stay away from rocket shaped bombs. It needs to be able to be a shorthand logo but also to replace the letter 'o' in the worded brand logo.

Colors. Since the bomb motif is obviously integral to the brand look and feel, colors should reflect that. I like to think black and orange makes it easy. But I want to stay away from looking like Halloween colors. In the end I'm happy to see some creativity in colors along the spectrum of the colors of explosion.

Having said that, I do not want complicated graphic explosions.

Here are some logos that match the adjectives I found doing a google search for playful, modern, professional logos:

ALSO, my webdesigner will be using the following website as our template guide. So, the design should be able to fit the feel of the site. You'll note the elephant in the top left. That is one example of where I will use the bomb graphic. http://www.cpbgroup.com/

Elliott Cove Capital Management Logo Contest (Financial Services Company)
$299
Financial Services, Wealth Management, 401ks
48
entries
8
diseñadores
How we do anything is how we do everything.
$299
EH is a a source of inspiration, business strategies, mentorship and mindset for hair salons, hair stylists and freelanc
49
entries
12
diseñadores
Enrich your life ,refresh your mind.
299 US$
Our company call : Enrich CBD LLC. we are doing hemp , CBD oil PRODUCTS. You can use hemp leaf to design ,or letter. we
82
entries
41
designers
Easy Text Marketing - Logo
899 USD
This is our brand guide in progress: https://www.evernote.com/l/Ajfb9JIItWFEbJYk586fk4z-exVGnweBJnU/
502
entries
136
designer
スタートアップファンドのおしゃれで洗練されたロゴをデザインしてください！
￥32,199
We're going to establish a seed-acceleration fund for startups. The fund concept is both financial and IP (Intellectual
95
entries
25
デザイナー数
💙 Create a Brilliant and Creative Med Spa Marketing Agency Logo 😱
499 US$
We generate leads for med spas, laser aesthetic centers and plastic surgeons.
97
entries
35
diseñadores