Create the next logo for Baxter Properties 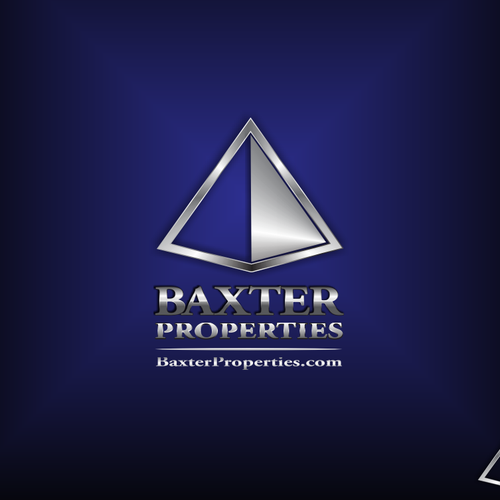 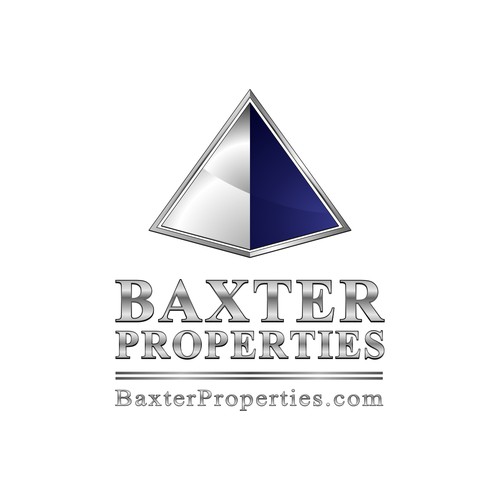 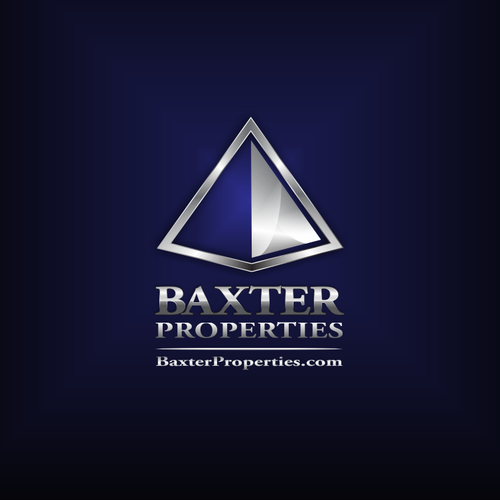 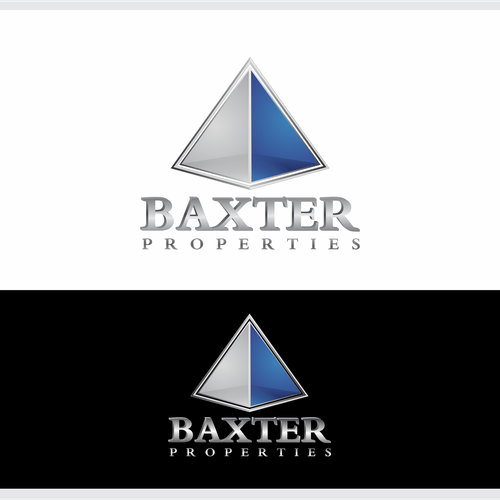 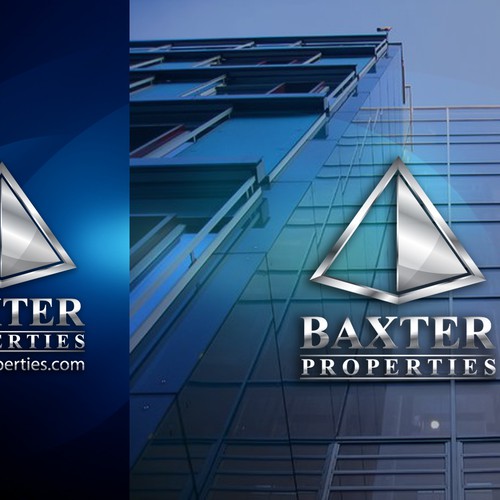 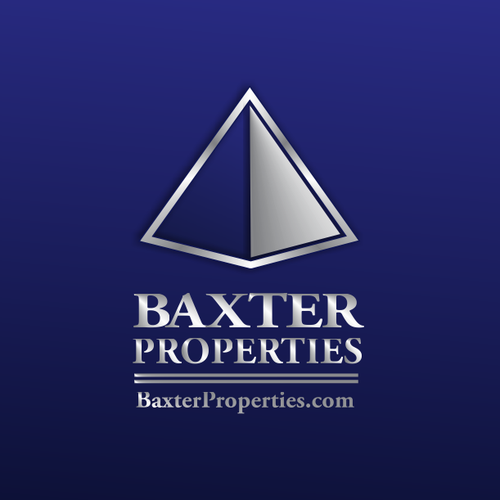 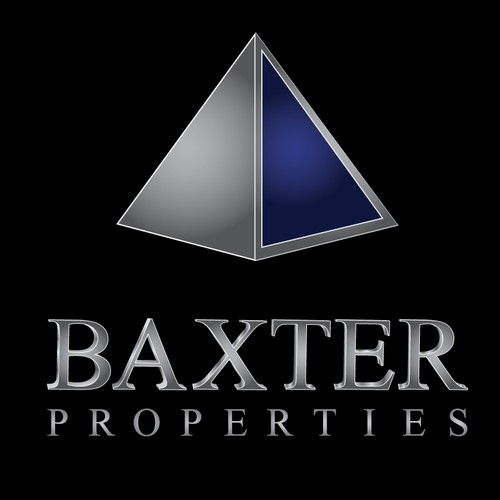 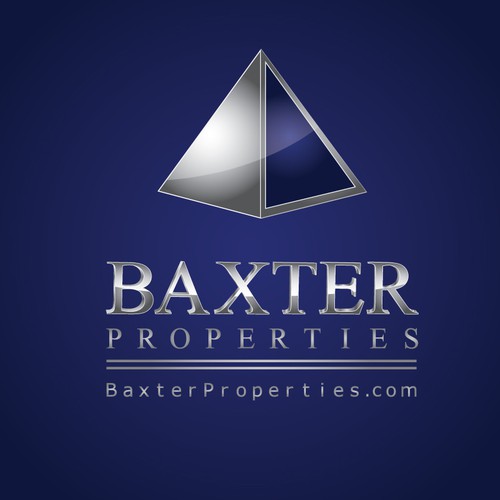 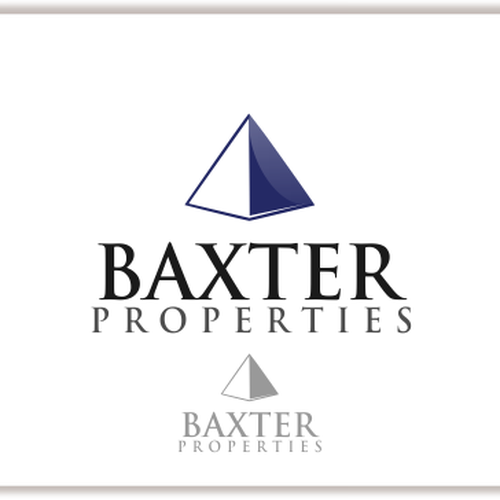 We want to update our existing logo, keeping the nuts and bolts in place but giving it a more modern look. We want it to integrate with our existing logo so we don't need to necessarily change everything we have at once.

We are in the property management business, primarily apartments and office buildings. Our trademark or signature is the bright blue glass peaks in the front of each of our buildings, and the existing logo tries to capture that peak.

We would like to consider making the letters be more dimensional. Similar in theory to the numbers and letters on the back of a bmw, where the letters look chrome or like brushed aluminum but raised in the center of the letter and beveled on the sides. An Audi logo (the circles) or Mercedes Benz logo have this same concept. This is merely an idea, we're not sold on this. We are including some samples of letters just as samples, we're not suggesting these fonts or to mimick these, just the idea of a dimensional metal letter, but we're not set on this for copy just an idea.

The logo should be more formal than whimsical, not cartoonlike or cute. The primary color should be deep dark blue and we like the way the light appears to shine through to give the peak dimension.

We are showing our existing logo as well as some of the peaks of some of our buildings which are what we're known for in this area. Most people think all of the peaks are the exact same when in fact they are all very different.

We've had great success with the designs in a previous project and look forward to more excellent designs and designers. THANK YOU!

Please feel free to ask questions if you think it would help. THANK YOU!

Create a calm and peaceful looking logo for a homestaging and redesign company!
USD 299
We are a home staging and redesign company specializing in helping homeowners use what they have and love to prep the...
52
entries
28
designers
Housing project needs logo!
$799
"1954" is a real estate project with +/- 50 units divided between 4 housing units. The name "1954" is based on the foun
235
entries
73
designers
DESIGN A VERY COOL, CLEAN, LOGO FOR A YOUNG REAL ESTATE DEVLOPMENT FIRM LOCATED IN PHILADELPHIA
$799
WE ARE REAL ESTATE DEVELOPERS IN PHILADELPHIA. OUR TARGET MARKET ARE MILLENNIALS AND ANYONE FROM EARLY 20'S ON UP WH...
208
entries
86
designers
STLRTO logo design
$299
STLRTO is a property management company in St Louis Missouri. We specialize in Rent to Own houses thus the STLRTO. O...
64
entries
12
designers
New York City Residential Real Estate Market Data Service Logo
$799
RLS (residential listing service) is a database service of the freshest and most accurate residential real estate lis...
212
entries
56
designers
Bohemian style logo for home stager
$299
Staging is a production, lights, camera, action. Staging is like going out for a night in the town, and applying the li
110
entries
18
designers

Comienza ahora
This is Home
US$299
Home Staging service for the Real Estate market (agents, buyers, and sellers)...
203
entries
23
designers
coaching logo
USD 299
Self Storage Coaching for small investors getting in the self storage businessbusiness...
75
entries
19
designers
Design a coastal Alaskan logo for Property management and sales
$799
Real estate sales & property management; tourists, home buyers, investors and families. We have long term rentals as...
98
entries
41
designers
San Francisco Event Venue Needs an Awesome Logo
299 $US
We are an event venue rental space in San Francisco. You can check out our website to see what we do (www.homeonti.co...
72
entries
20
designer graphistes
Help! CARE needs a logo!
$299
Real Estate - sales and leasing. The word CARE is in the name and would like to highlight that somehow (web address is
24
entries
5
designers
Provide the most creative, sophisticated and modern logo for a Swiss real estate company
CHF 299
A limited company which rents flat ( big complex we rent in various buildings, in total more than 100 apartments). Produ
69
entries
11
designers