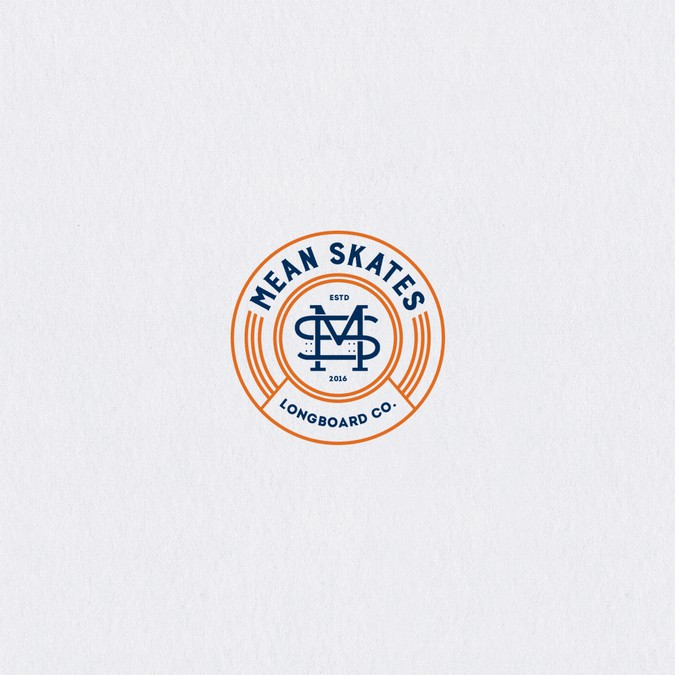 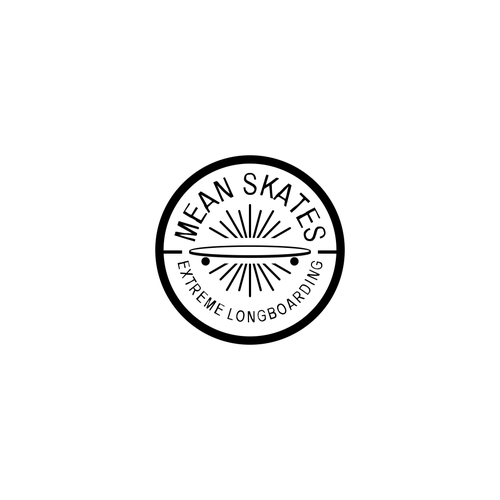 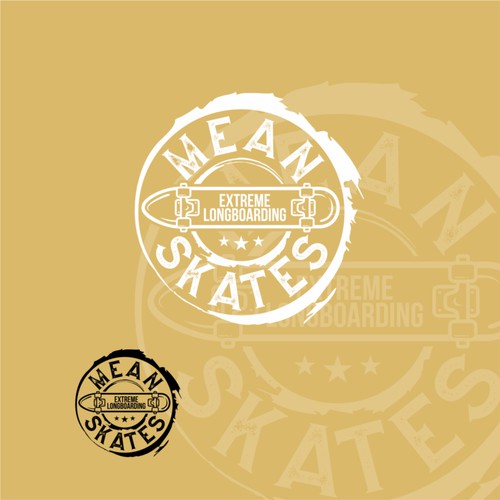 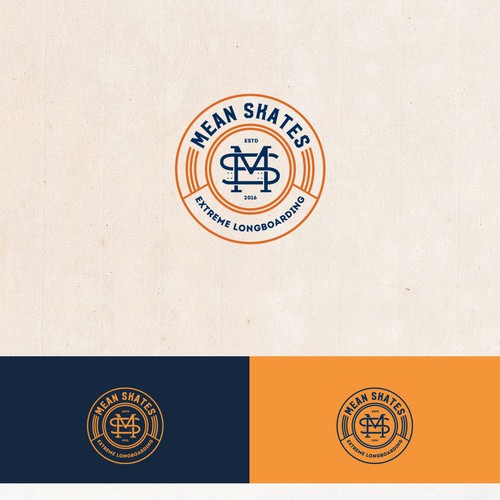 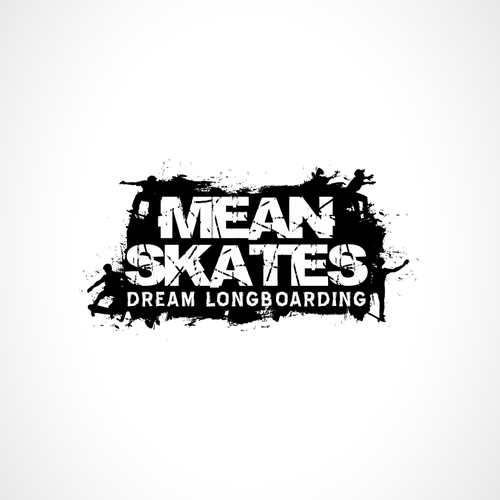 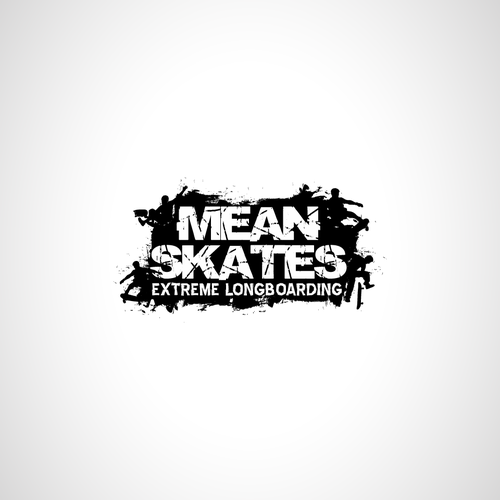 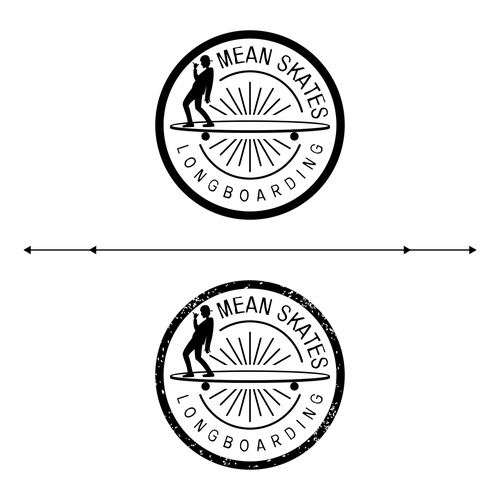 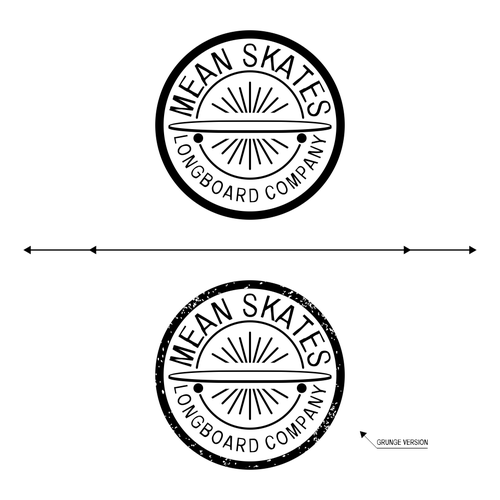 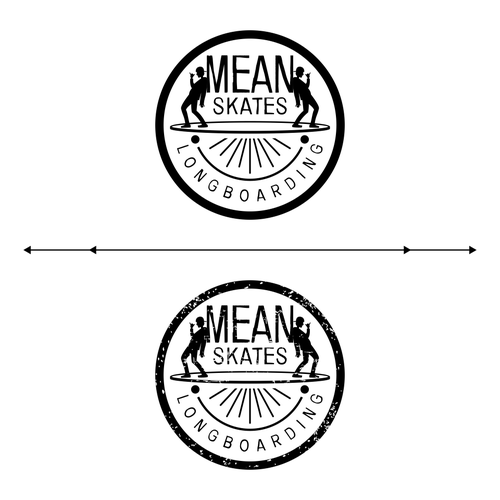 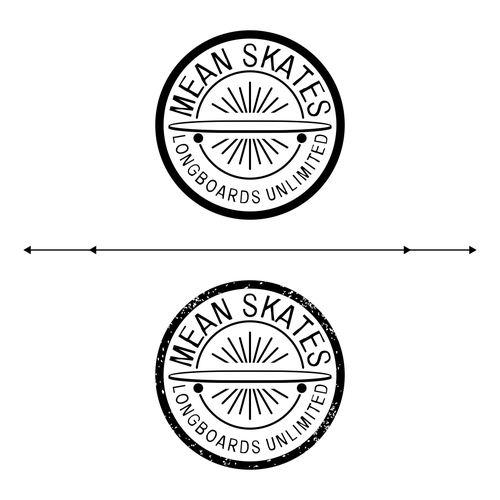 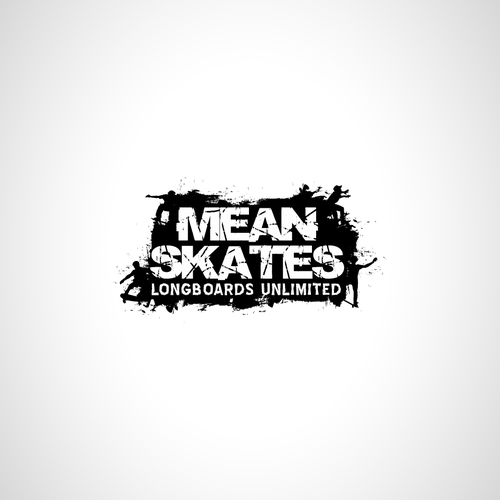 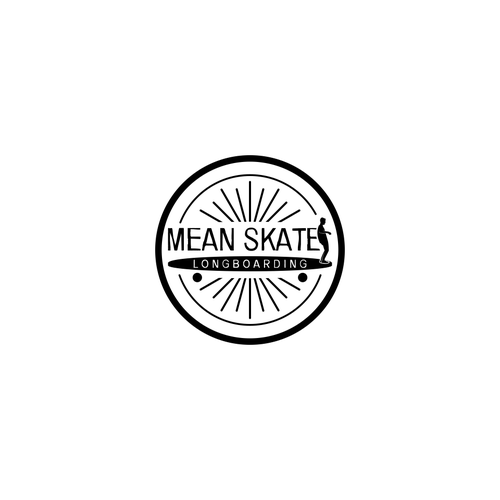 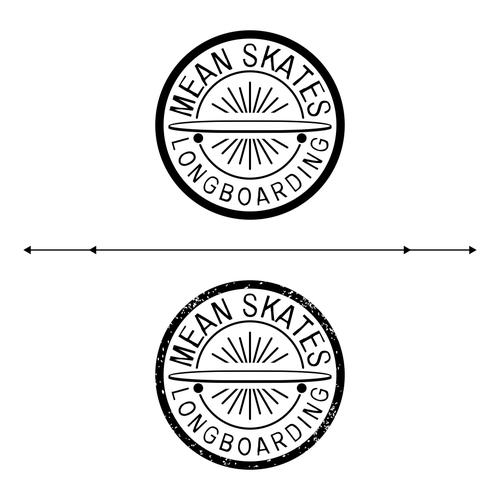 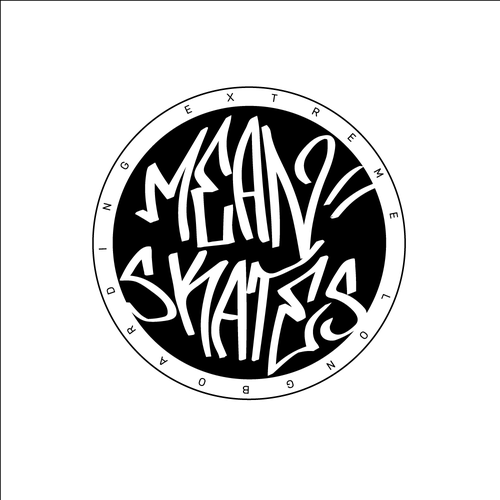 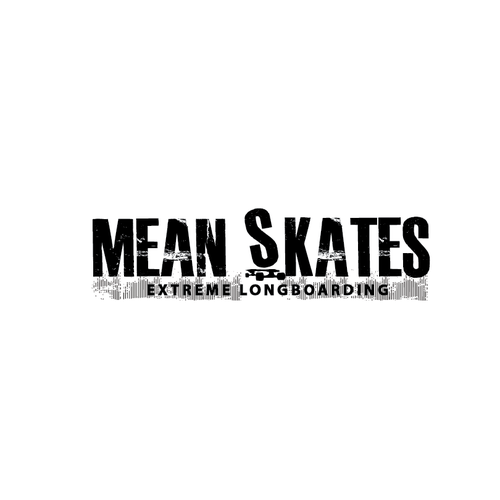 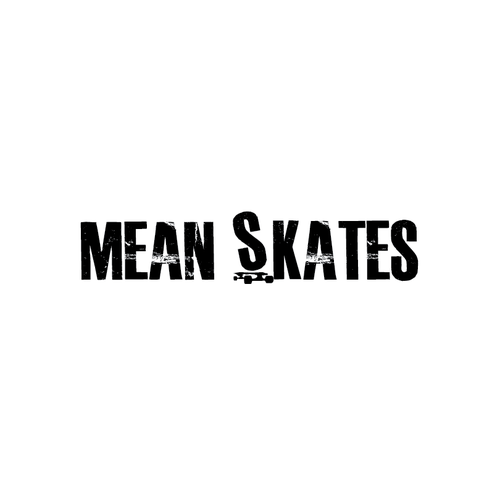 We market longboard skateboards and accessories (gloves, tools, bearings, wheels and decks) on Amazon.com and our web page. The audience is about 75 percent male around 18 to 30. We will be selling mainly to Americans and Canadians, but will be going into Europe as well. We want to promote a lifestyle of fun and enjoyment of athleticism -- bodies in motion. We are looking to appeal to college age men and up who enjoy cruising on a longboard rather than doing crazy, rebellious stunts. They are older now than teenagers and being more mature use the long boards for personal enjoyment or even as transportation to work or classes.
We will aim for the higher end of the market and need a ironic but sophisticated look and feel.

easy to remember. Image creative, artsy.
Creative font as focus is interesting.
Old fashion images are ironic. Irony suggest fun loving appeal.
Like the background. simple look with text as focus is good.
Easy to grasp. Nice font. Cool sky background.
easy to grasp. Don't like the modern look so much.
Like the simple easy to remember look. A cool font.
Rough, print like letters is nice. Italicized suggests speed.
Like a print or water mark. looks visceral. Ironic in tone.
We like the rough, print look to the lettering. Like a simple easy to grasp look. See logos of competitors.
We think we can come up with a better logo than our competitors. Most use font only. If we could have an eath and wheel image it might help us stand out. A figure surfing concrete road might be nice. Notice many focus on text only.

The slang term "mean" is ambiguous in a good way. It can mean aggressive, tough and rough. It can mean "cool" or sharp and attractive.

Longboards are becoming popular for college age men and older who enjoy moving across campus or on streets for "chill" or the coolness or popularity of the sport. The smaller skateboards are considered for kid who do stunts. Longboards are less rebellious and crazy than skateboarding. We aim for college and early to mid twenty year olds who enjoyed skateboarding as teens, but still want to skate now that they are older.

We hope to foster a "longboarding lifestyle" of fun, relaxation and social interaction. The traget are not rebelleous like a teenage trying to do stunts anymore. They like to be ironic and fun loving.

We may want the brand to mimic the surfing (sunny California) culture or to mock it in a fun way. We are surfing concrete and asphalt, not the ocean. But we are still surfers enjoying speed and bodies in motion.

There is a lot of skateboard art that we would like to appeal to, but we don't want the "punk" look of skulls and snakes, rather fun or ironic images that communicate a life of "chill" or relaxation and enjoyment and being "cool" or popular being seen by friends with bodies in motion.

We want to appeal to "hipster" culture.

Also, we are based in the northwest US, so the outdoors here are mountains and waterways. We may sell a longboard for mountain trails. Unlike the bright colors of sunny California, the northwest is green and wet with subdued colors. Thnk grunge music founded in Seattle.

We think that text only may work, especially if the text suggests irony and "coolness" such as surfer culture fonts.

One idea we have is to make an earth image in the shape of a wheel. We will be selling high end ball bearings. A wheel with an earth inside might work. Stylized earth that looks like a skate ball bearing.

Another idea is to a skateboarder on a wave street instead of water.

A longboard shape could work. Longboards are often covered with art.
We are looking for more sophisticated art rather than a "punk" or "gothic" look. Really nice street art or artistic graffiti might work.

We are looking to appeal to an audience who is formerly the rebellious stunt making teen who has grown up to enjoy an outdoor lifestyle of speed and fun of movement".

We seek to communicate a lifestyle of fun and coolness, lightheartedness and enjoyment of bodies in motion. The joy of athleticism and controlling your body while moving. Speed and enjoying the rush of movement. We want to appeal to the cool, hipster crowd.

However, we do not need to be literal in the imagery with figures skating. Text only may work.