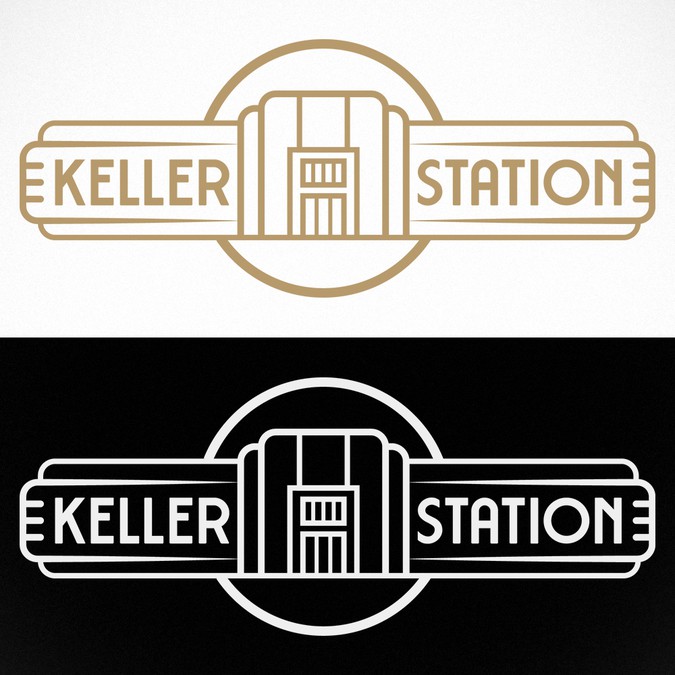 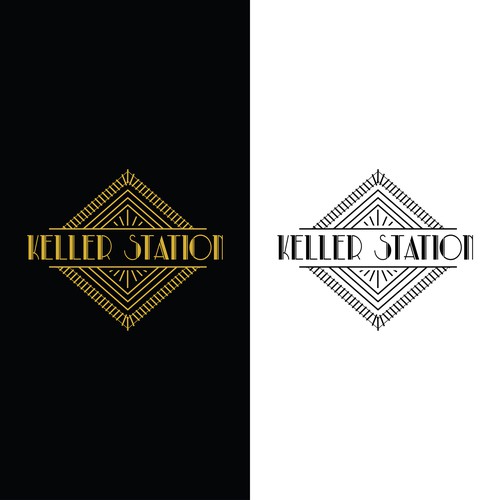 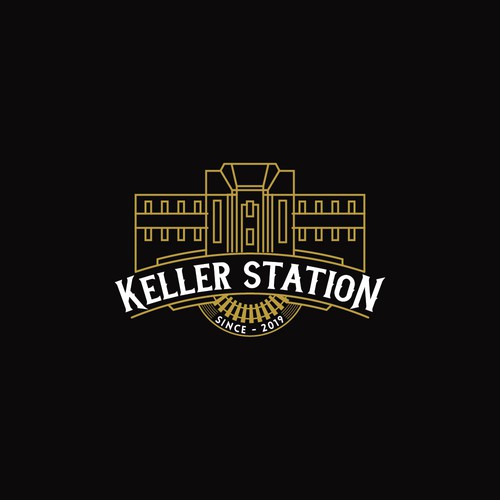 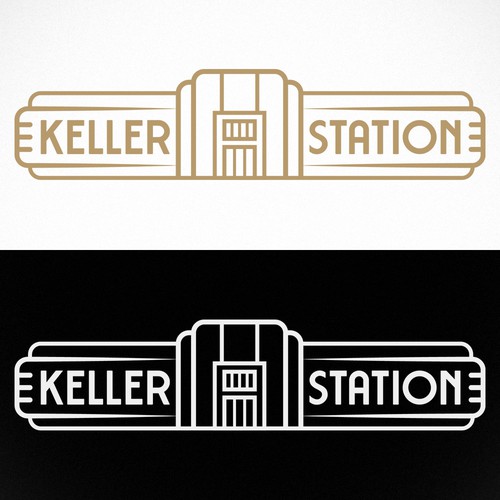 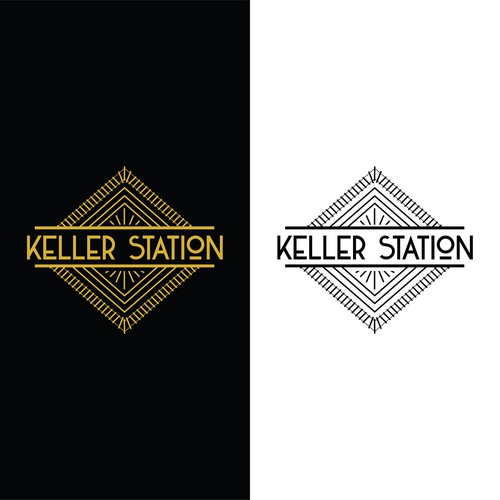 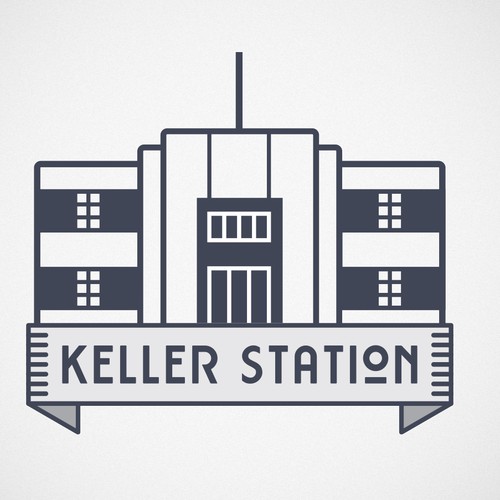 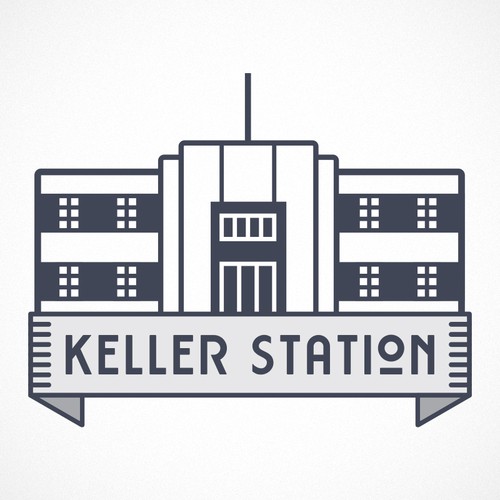 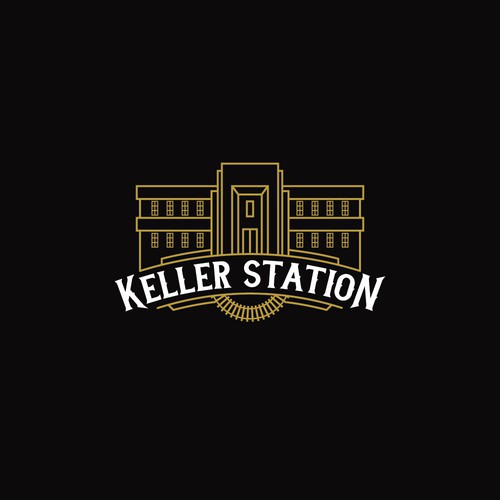 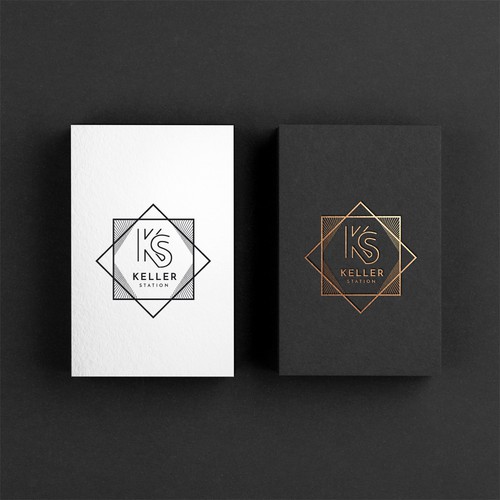 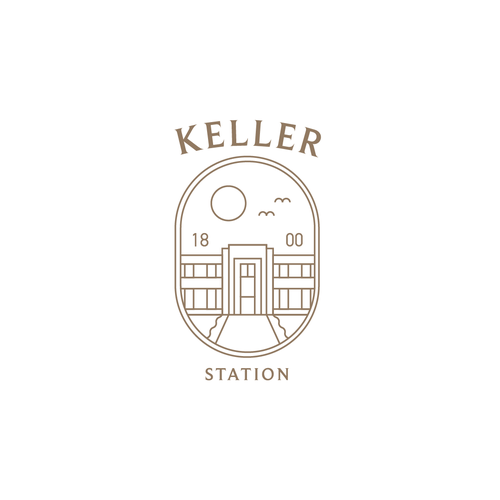 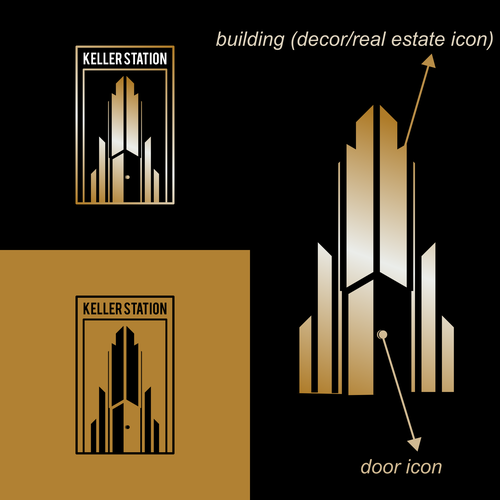 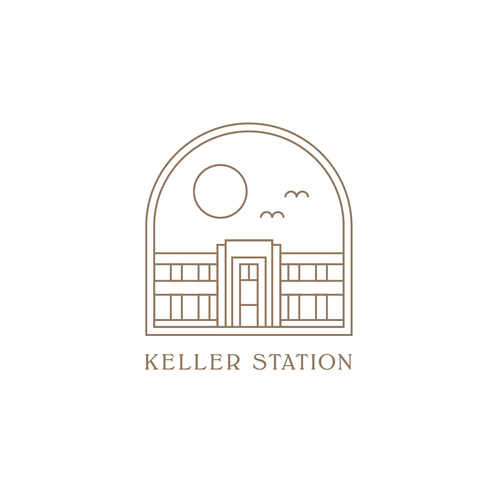 This is a development project on a campus that will be named Keller Station. The campus has multiple buildings that will offer office spaces, restaurants, boutique retail spaces, co-working space, indoor food market (think Chelsea Market, Pike Market, Eastern Market), possible private montessori school, and so on. The "Keller Station" name is coming from the history of the campus. The original building to the Campus was a train station called Keller Station back in the 1800s. Behind the development is the old tracks that have been turned into a bike trail named the Rock Island Trail which is actively used by the community and well maintained. We have the old train schedules and a logo from the "Peoria Route" which the train station stop used to be located on - see images. In 1937, the State of Illinois started building their headquarters for Illinois Department of Transportation on it, and Building 1 & 2 were cutting edge design and construction for the time - see article. We are repurposing all these old buildings into a warehouse chic campus with mixed use to provide a "live, work, play" type of campus. We love the old marquee signs on top of old buildings that are illuminated, example attached. So we are looking at incorporating that into the development. Building 2 is going to be a large indoor market - inspired by Eastern Market, Chelsea Market, Pikes Market, Eataly, etc. Building 3 & 4 are going to be retail space / restaurants. Building 5 & 6 will be co-working space as it's in a dock height building (roughly 3-4' off the ground) and looks out over Donovan Park which used to be a golf course and is now a park right behind the campus on the other side of the trail. In between building 3 & 4 and building 5 & 6, we are working on a pedestrian mall type of feel with lights strung between the buildings and the ability to close the area to vehicle traffic on Thursday, Friday and Saturday nights. Building 8 & 9 would be more boutiques and we have a montessori type of school interested in occupying part of the building. We are inspired by the location of the campus near the old railroad train station as we have called the development "Keller Station" but we don't want to go too over the top with the train them. We love the "Peoria Route" logo that is in the top right corner of one of the old train schedules, but we are open to ideas on how to celebrate the history of the site while designing for the modern look and feel that the redevelopment project is going to bring to the campus.

not really feeling it and not sure why I am not....
like how this resembles the art deco era of the development
like how they have the three words below to state their mission. I am indifferent on this logo.
Not feeling the building design but I like how they did the words and "est 2015" part below
too ornate of a border on this logo - it's hard to read

We are inspired by the railroad but don't want to go too over the top with the railroad theme. We are inspired by the art deco foyer of Building 1 but this art deco style is only in Building 1. The rest of the buildings are old warehouse buildings that will be redeveloped (see vision book pages). So we are looking for a design that incorporates our development brand (modern, warehouse chic, mixed use, local business, start-ups, urban) while paying tribute to the history. We are open to all ideas and designs to make the logo resemble the energy and heart behind this project!

Design a fun and sassy logo for a woman owned wagon design company!!
US$ 299
I sell a variety of folding wagons that I import and design. My target audience would be geared towards moms.
44
entries
4
designers
Create a powerful and avant-garde logo for a home equipment sales company.
EUR 269
We sell high value products for home furnishings and equipement to people around the world.
86
entries
27
diseñadores
BKYND (be kind) - Minimalistic and powerful design for a merchandise product
€ 269
Hi there. Let me start with the product and the target group. The core product is an ecofriendly, bpa-free bottle with
222
entries
55
designers
Pop Art Style Logo for New Retail Brand (Female character)
CA$ 399
I'd like a Pop Art style logo, Mary Jane's is a new company so you will design her as you imagine her. To me I think of
9
entries
6
Designer
Help a discount appliance retailer that wants its customers to save money
$ 299
Discount Appliances sells high-quality appliances that might have a scratch or dent from the manufacturer or from being
50
entries
18
Designer
Design a logo that will appeal to farmhouse, vintage, rustic, handmade shoppers. Want to see options without a barn
US$ 299
We sell handcrafted, vintage, repurposed goods out of a barn type structure on our family farm. We do pop up sales and c
166
entries
25
designers

Comienza ahora
Logo Design for Vintage Collegiate Memorabilia and Collectibles
US$ 499
We sell vintage collegiate memorabilia and collectibles as well as football programs. You can look at our website www.co
20
entries
8
diseñadores
Warrior Workspace, the new hip workspace for those work warriors out there
299 USD
Warrior Workspace is a new shared workspace company. We want to create a modern, hip and luxurious workspace for all ty
111
entries
16
designer
Design a abstract supplement label to appeal to women
399 CA$
80% Women and 20% Men. Ages 25-60 Most targeted in the United States & Canada Income of $40,000-$100,000+ Our main tar
89
entries
23
Designer
Simple logo for EV apparel brand ⚡️
USD 299
A retail brand geared to electric vehicle owners/enthusiasts. Top target demo: Tesla owners.
102
entries
25
designer
Cute potato logo that kids will love
299 $
The Pride Potatoes represents a community of young lgbtq kids who are learning to be confident with who they are. My tik
100
entries
32
Designer
A new, sophisticated dressy casual clothing boutique
$299
Kim & Tim is an in-person and online clothing and apparel company focused on curating on-trend, sophisticated outfits th
124
entries
17
デザイナー数