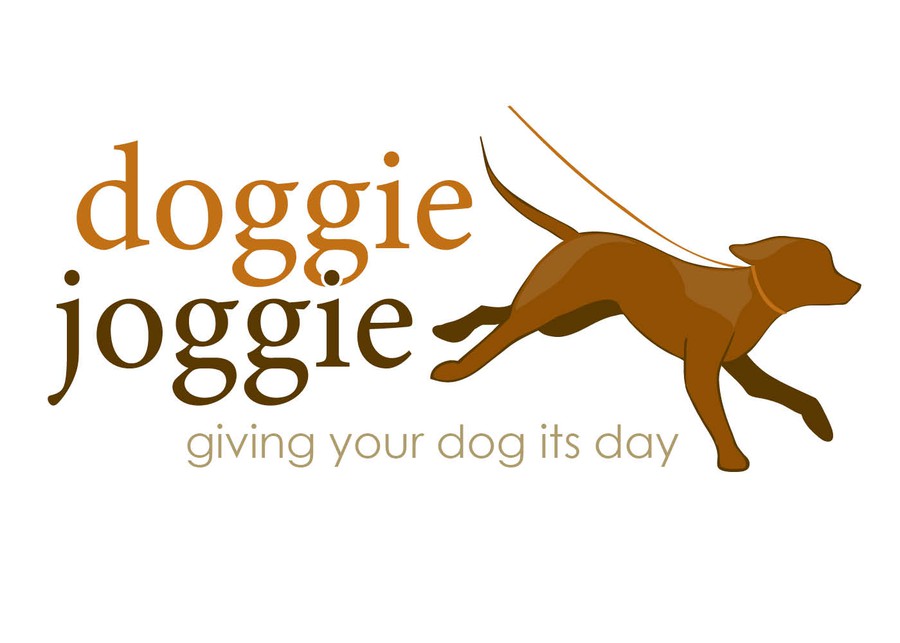 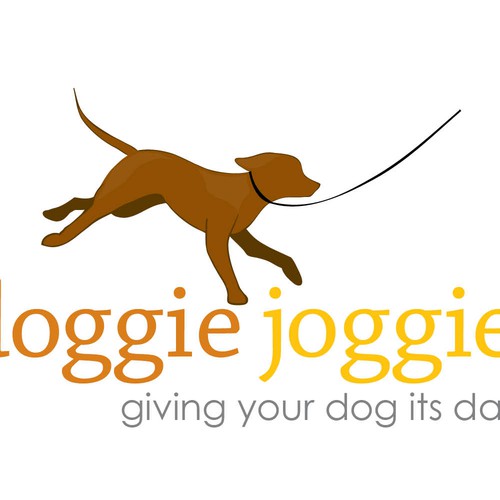 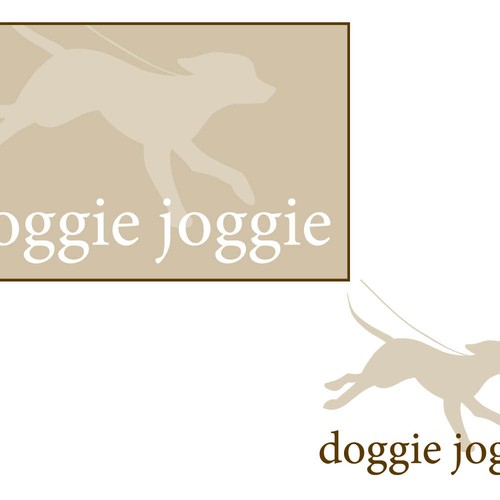 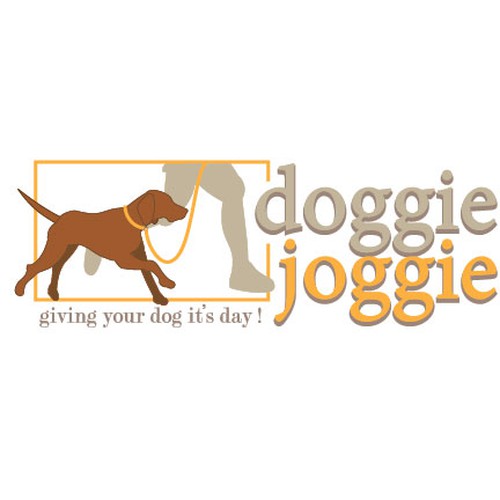 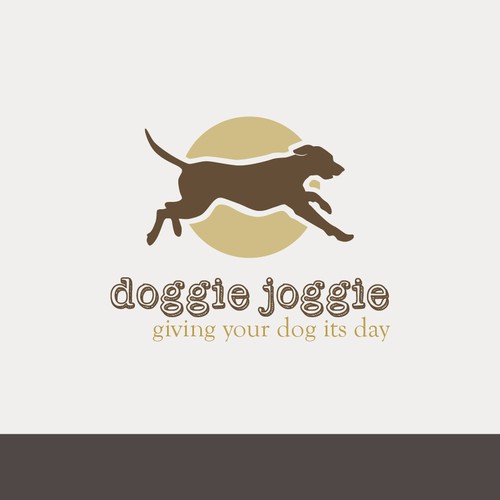 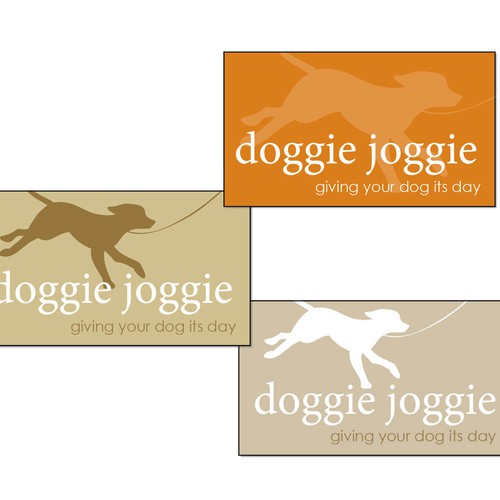 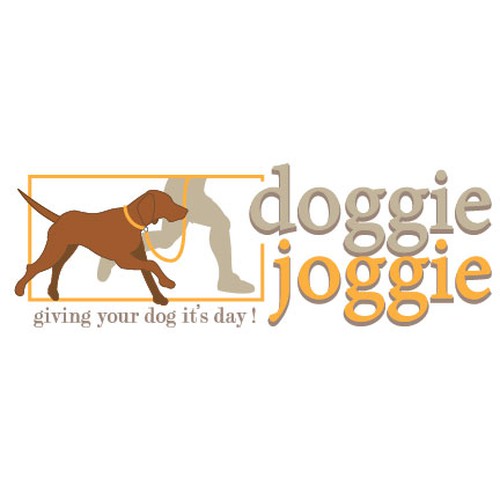 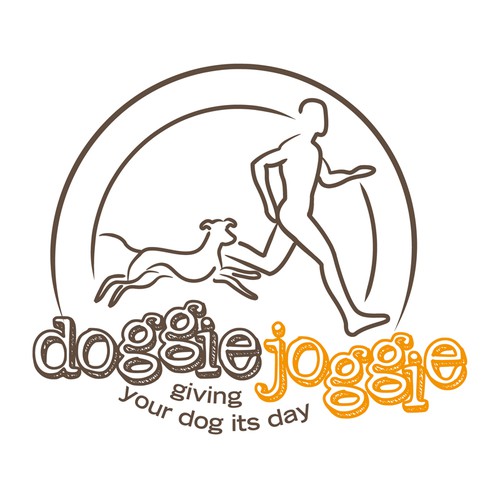 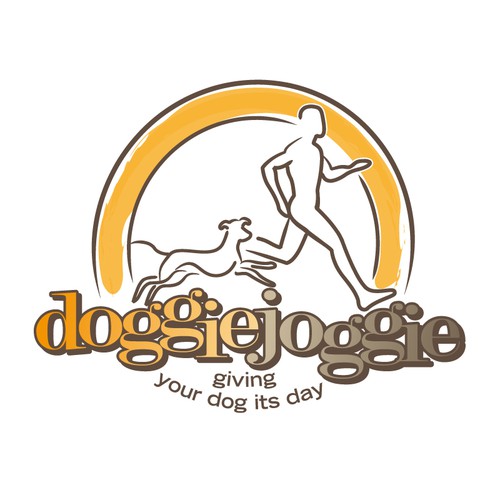 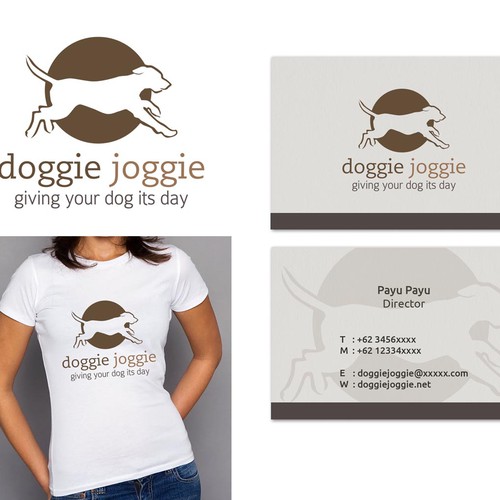 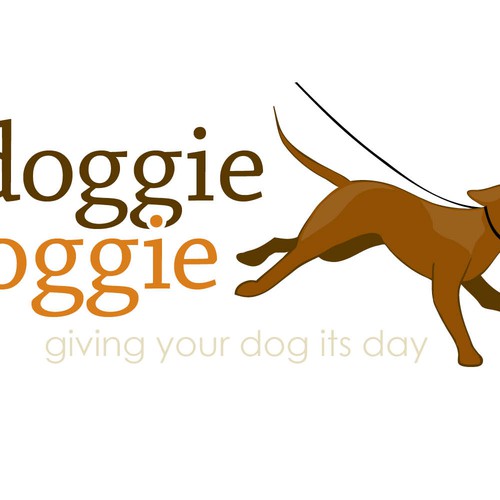 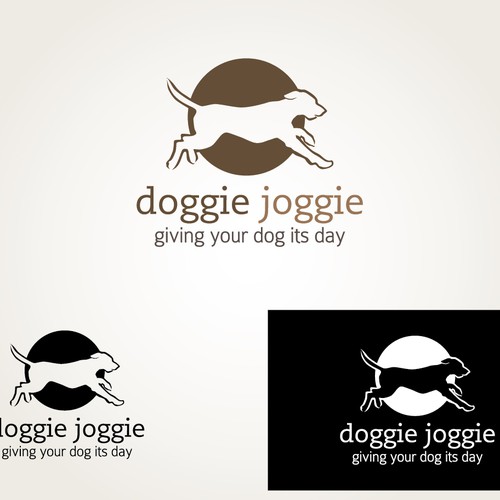 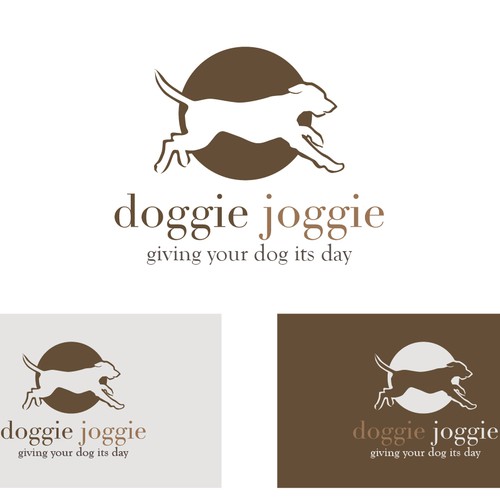 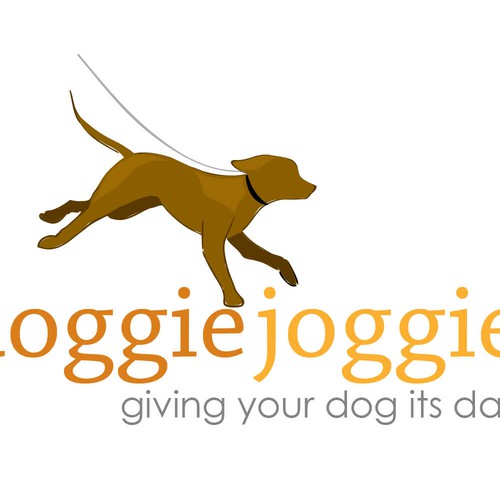 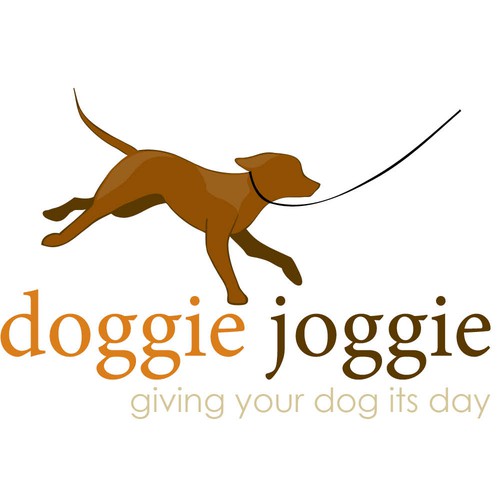 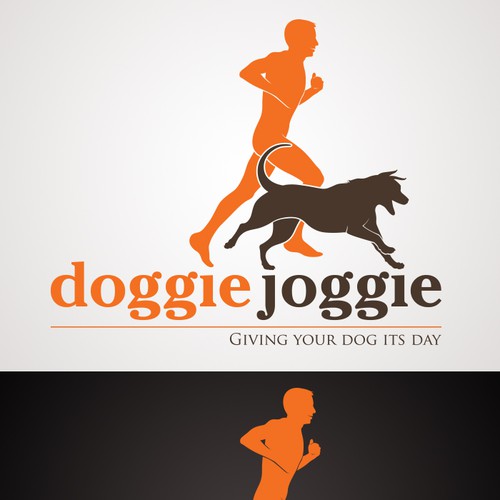 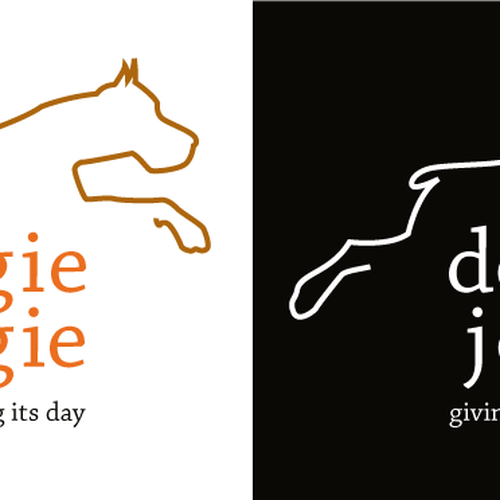 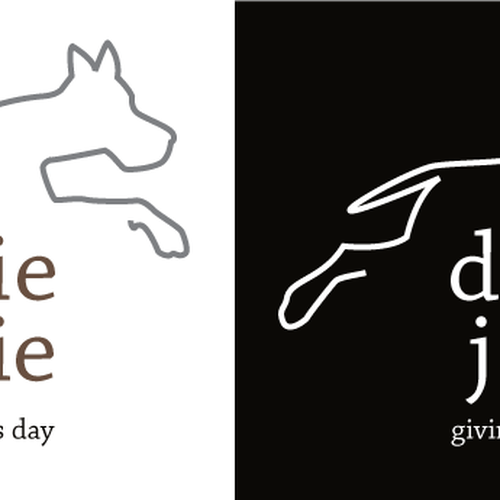 giving your dog its day

It is a well-known fact that dogs need daily vigorous exercise and the mental stimulation derived from experiencing new sights and smells beyond their home environment, as well as from focusing on being part of a pack and following a pack-leader. For most dogs, a short walk is not sufficient to meet these needs.

At doggie joggie, we specialize in providing dog-running services to ensure that dogs' physical & mental exercise needs are met.

We are targeting dog owners, especially owners who are either too busy or physically incapable of running their own dog.

We like the idea of a simple, suggestive line-drawing-style logo (similar to the "Six Figure" logo included above) that includes a dog (or dogs) and a human runner. We do NOT want the dog(s) to appear like it is pulling or leading the runner, but rather the dog(s) should be slightly behind or abreast to suggest that it is having a great time but the runner is the leader. Both dog & runner should be running left-to-right. We know how awkward humans can be to depict in logos, so feel free to try the human from the waist down only, or something more suggestive... like a leash but no runner, etc..

It should suggest the vigorous movement that distinguishes us from normal dog-walkers. In other words, both the human and the dog should look like they are running, NOT walking.

In general we want something more elegant and classy as opposed to cartoonish and kitschy, but clever is definitely encouraged. We are attracted to ombre/gradient elements, but not if it looks too busy.

All this being said, we are not designers and we would love to be wowed by something that would never occur to us, so feel free to disregard these suggestions if you're on to something amazing that is different.

Show me COMPASSION in a design for my new veterinary service!
389 CA$
Consult in alternative veterinary services including acupuncture, herbal medicine, homoeopathy and nutritional guidance.
57
entries
16
designer
Dog training business needs logo for new business
$299
dog training for dog owners
91
entries
20
designers
Not looking for chicken scratch!
USD 299
My new co will be a lifestyle resource for all owners of backyard chickens. I will give ideas for dinner parties that in
64
entries
15
designer
Create a contemporary, sophisticated logo for a company that makes dog cushions which are handmade in the UK
£239
Makes high end dog cushions
65
entries
25
designers
Upscale Animal Hospital
US$299
We are a high end animal hospital We offer long appointments where we spend time getting to know our clients. We are t
113
entries
25
designers
Spa-like logo for a new veterinary hospital.
$299
Full service veterinary hospital... Target audience is pet lovers. Patients include dogs , cats, and pocket pets. Our
354
entries
29
designers