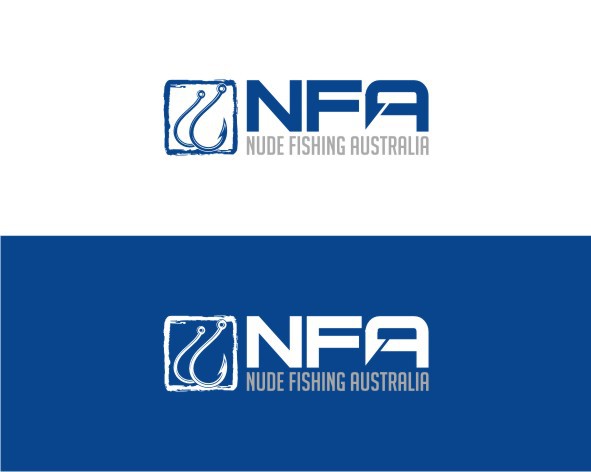 Help Nude Fishing Australia and/or NFA with a new logo 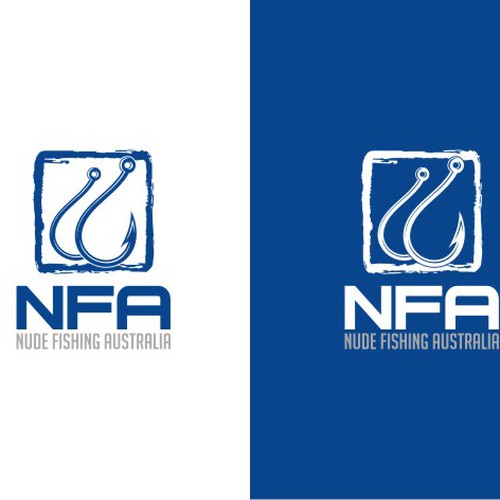 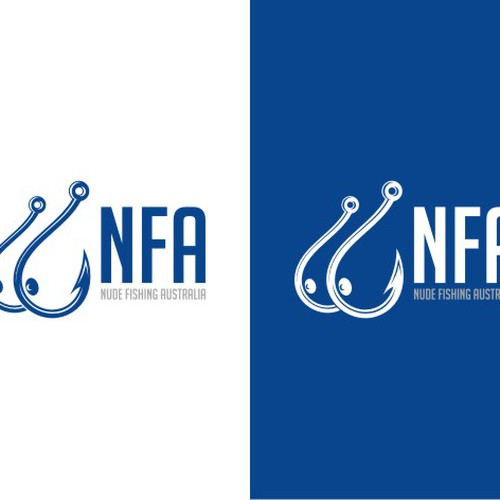 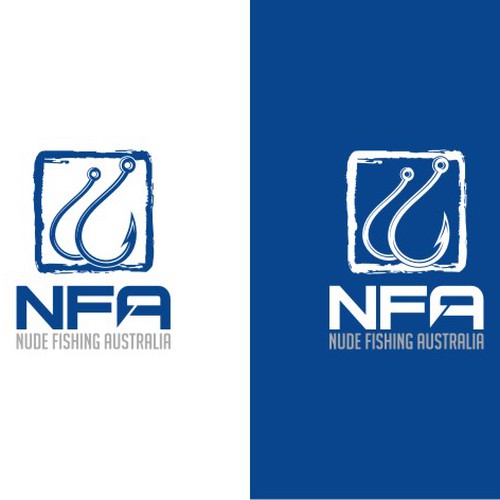 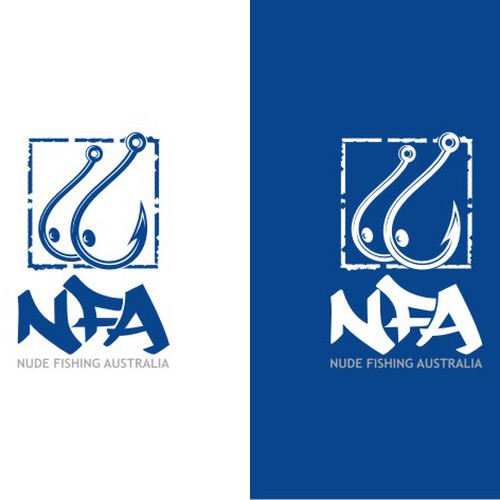 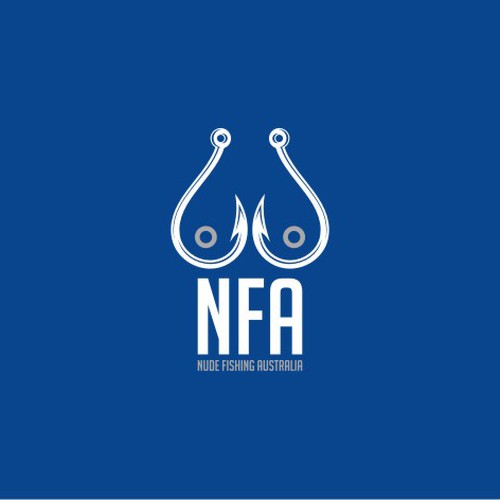 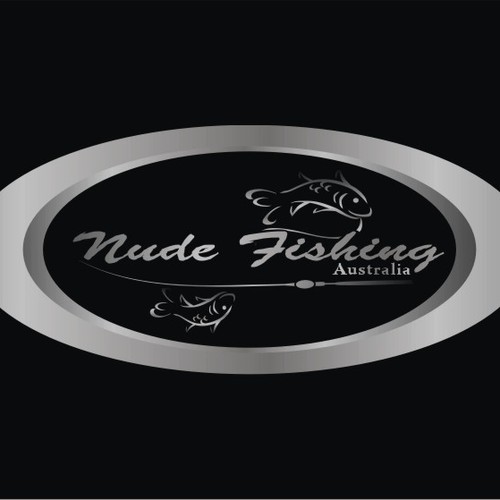 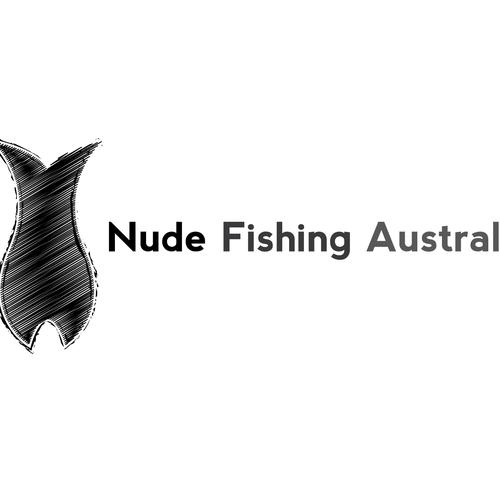 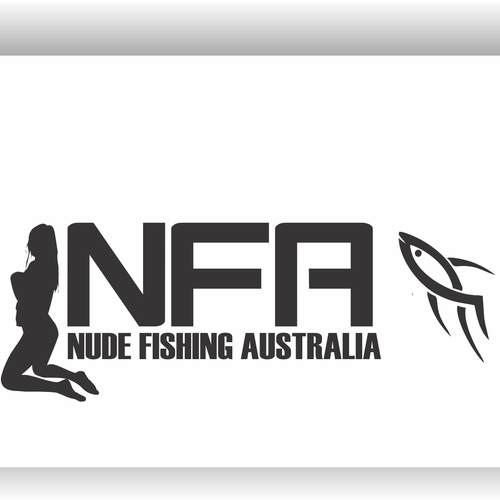 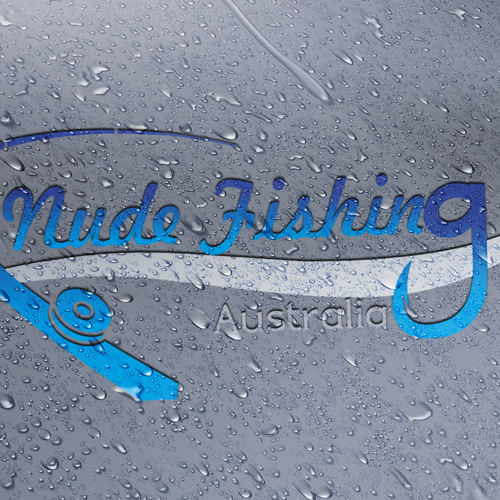 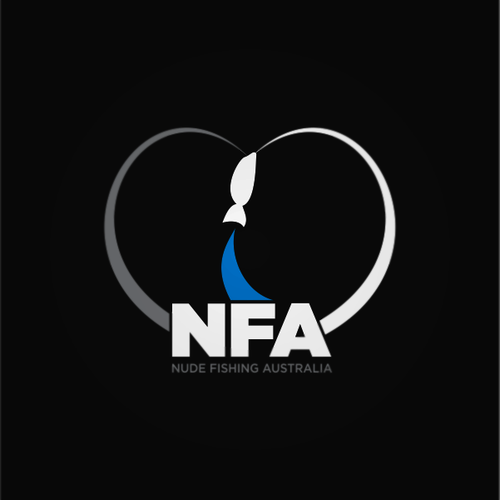 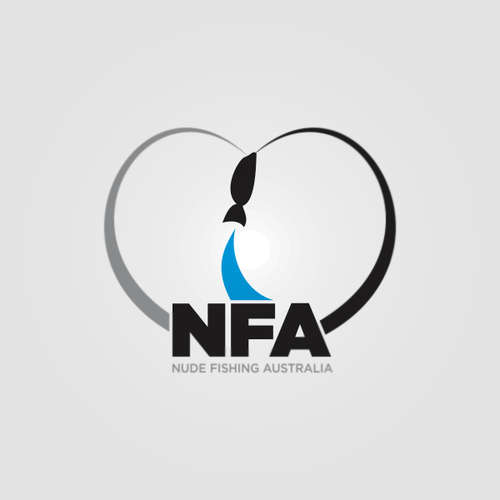 NudeFishing Australia is a fishing brand that promotes the fun-light hearted side of hardcore fishing enthusiasts.

We are trying to promote fishing as an 'action sport' similar to what has been done with surfing, skating and motocross in an attempt to target a younger demographic. While we want to target a younger demographic we still want to appeal to all ages. Our primary target audience are people aged between 15-30 years of age while the secondary target audience will be those aged 30 and above.

We want our logo to incorporate, fishing, humor and possible sexual connation to reflect a literal image of the name ‘Nude Fishing Australia’. While we want to reflect the name through imagery it still has to appeal to all age groups and both genders. The logo should still being simple enough to be printed on a business card, embroided on a hat or put on a billboard.

Specifics:
We would like the logo to be in silhouette form in one or two colour, for example, a black logo printed on a white background.

We would like the logo to be able to incorporate the letters 'NFA' (nudefishing australia) or Nude Fishing Australia but still have the ability to be separated and used by itself. While we want the logo to work cohesively with the text the logo should still be recognisable without any text.

Help redefine swimming with this Aussie tech startup!
AU$ 399
LONGCORSE is redefining how swimmers train.
351
entries
34
designers
Design a logo for a new outdoor clothing/accessory company
US$299
Outdoor/Hunting clothing, accessories. Mostly related to wild turkeys and waterfowl. Please see some example pictures I
121
entries
25
diseñadores
Basketball training business needing a logo for the culture please
US$499
My name is Curtice. I own a basketball training business where I train basketball players from youth to professionals in
112
entries
25
designers
Sports and fitness equipment brand needs a eye catching logo that shows strength and Excitement
US$299
The products will be related to Sports and Fitness. Equipment that aids in getting in top physical shape to compete in s
89
entries
25
designers
Design a logo to a volleyball X-Performance program
299 $
This is a logo for a volleyball high-performance training program. I would like to use green, yellow, blue colors from t
114
entries
19
Designer
New urban gym and vegan health restaurant needs a logo
US$299
This is a gym on the 24th floor of a building with an infinity pool, sky walk and 360 degree panoramic view of the city.
37
entries
17
designers

Comienza ahora
new gunshop need a logo
$299
firearms and outdoor products
44
entries
11
designers
New Sports Club needs an awesome logo
A$399
The logo is for a sports club so it should feel - energetic/explosive/powerful. BGH Breakers is a new sport club - one
123
entries
26
designers
AJAX SOCCER CLUB
CA$399
Non profit soccer club. Ages 3-25
123
entries
31
designers
Let’s Go Corndogs!
US$299
Youth Baseball Team program based in Charlotte, NC. Charlotte is the Queen City.
91
entries
25
designers
Goodlife Athletics health & fitness blog needs an awesome logo :-)
$499
This is a logo for a blog that will focus on living a good life through sports, fitness, and good health.
112
entries
24
designers
Fantasy Sports Game Logo Redesign
USD 299
The next generation fantasy sports game where you play against the house where every player has a chance to win.
109
entries
38
diseñadores