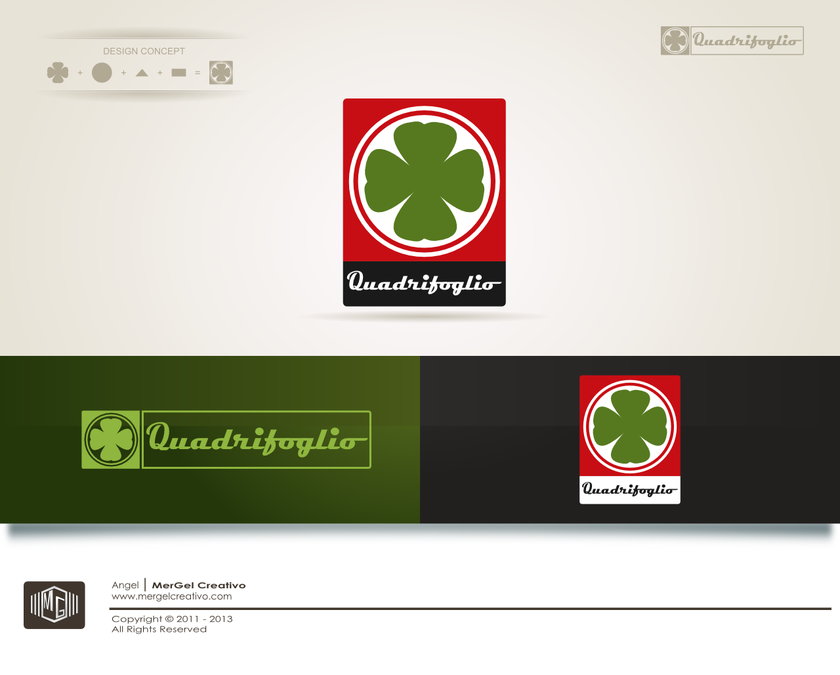 New Logo for an Auto Dealership inspired by the Golden Age of auto-racing. 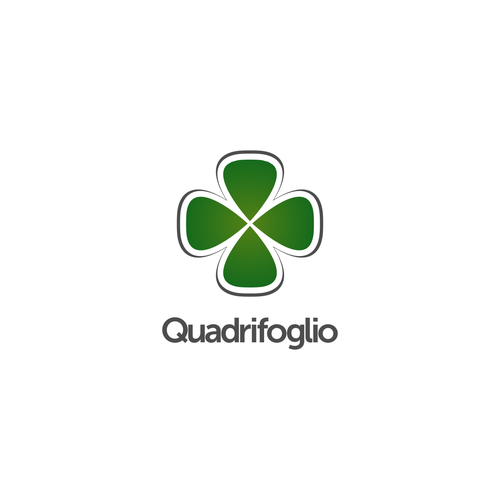 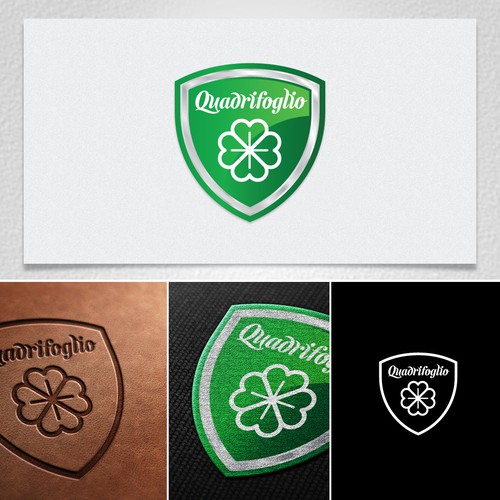 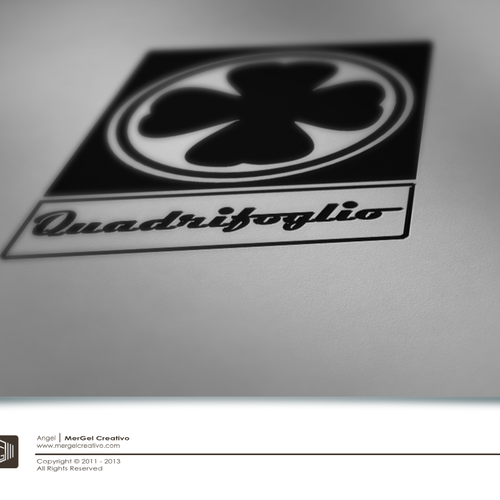 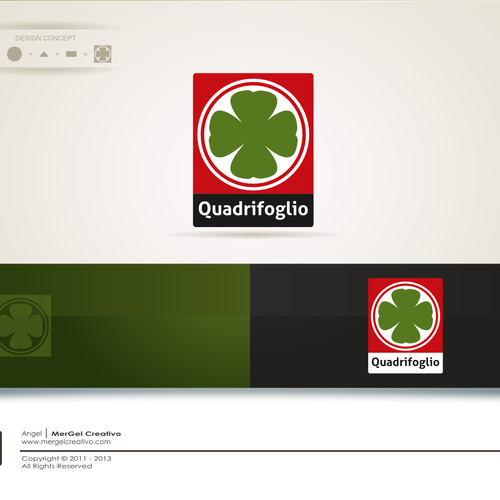 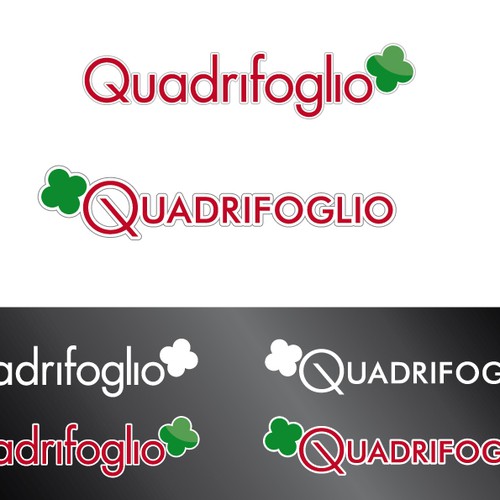 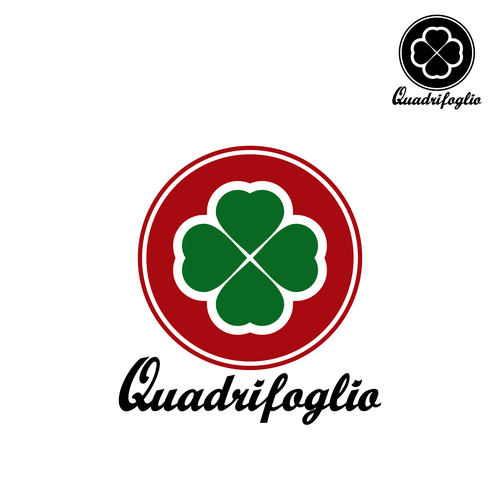 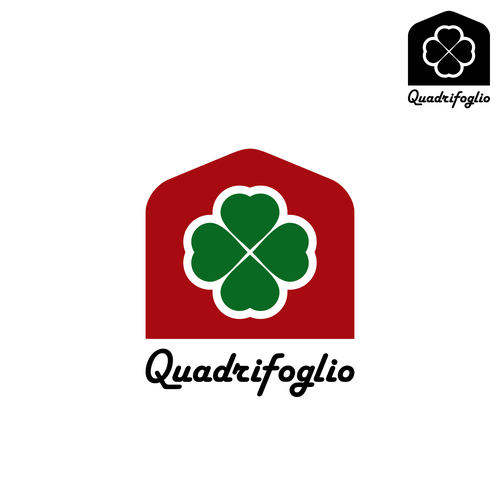 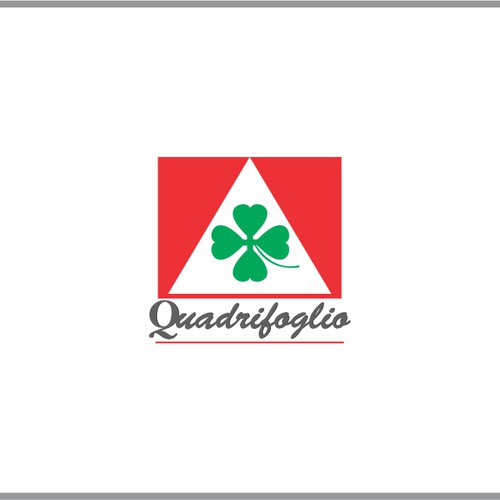 This is for a new car dealership. Cars sold range from affordable high-end to supercars (Ferraris and such).

I'm looking to capture the essence of the golden age of autoracing. Think of monaco in the 60's, old days of Formula 1, italian luxury (as opposed to american 'luxury' i.e. golden rims, escalades),

I want a logo that is flat, with no perspective, consisting of a 4 leaf clove ('quadrifoglio' in italian which is the name of the store), the name "Quadrifoglio' and maybe a basic geometric form encompassing it. Feel free to go a little outside these constraints if you feel it keeps with the original idea.

The fonts for the text should be either strong sans-serif fonts (the weight ranging from light to extra-bold) or a cursive font like the one attached as an example.

The quadrifoglio is strongly associated with the Alfa Romeo brand (which is the example logo I've attached as well) so it'd have to be at least a little different. It doesn't have to be TOO different though; actually, we'd like for this logo to be reminiscent of it.

I'm willing to see what an 'emblem' version would look like as well.

Attached are some images that convey the 'spirit' we're trying to capture; they're not visual directions per se (except for the logo which absolutely is), as much as they're the overall vibe and aura of what we're going for.

Tweak Current Logo for BBQ Commerce Company
$ 499
We are an online retailer of outdoor BBQ's, islands, heaters, outdoor kitchen cabinets, firepits and anything outdoor. W
40
entries
17
Designer
Create a powerful and avant-garde logo for a home equipment sales company.
269 €
We sell high value products for home furnishings and equipement to people around the world.
86
entries
27
designer
Need a "Bad Ass" Logo for new company ..Primal Protective Wear.
US$ 299
Our products will focus on protection of the body. It targets construction workers, farm workers, environmental protecti
53
entries
17
designers
Bright New Seaside Sweet Shop needs Sweet Creative Logo!
$ 299
Our brand new company is selling specialty ice cream called Dippin' Dots as well as other drinks and candy items. Think
87
entries
25
Designer
BKYND (be kind) - Minimalistic and powerful design for a merchandise product
EUR 269
Hi there. Let me start with the product and the target group. The core product is an ecofriendly, bpa-free bottle with
222
entries
55
diseñadores
Modern, Sophisticated but Playful, Imaginative logo for a B2B Wholesale Distributor
350 USD
Wireless Labs is a wholesale distributor of cell phone accessories, LCDs and parts. We are a B2B (business to business)
133
entries
35
designer