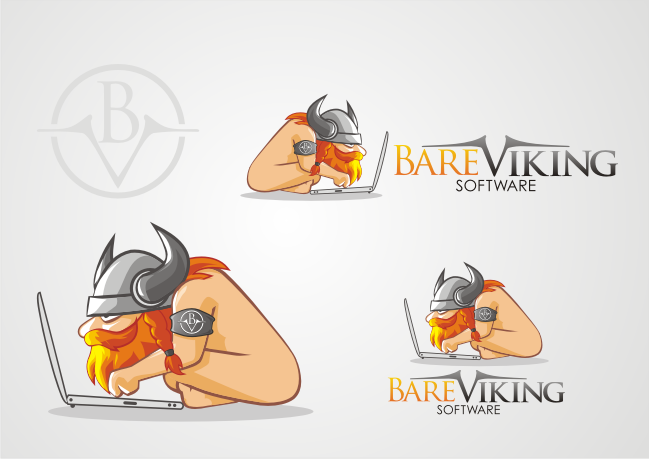 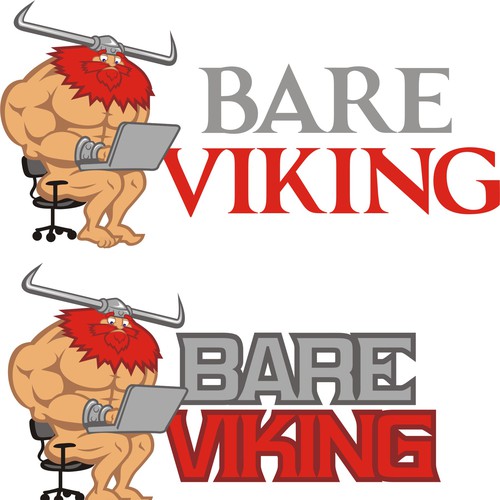 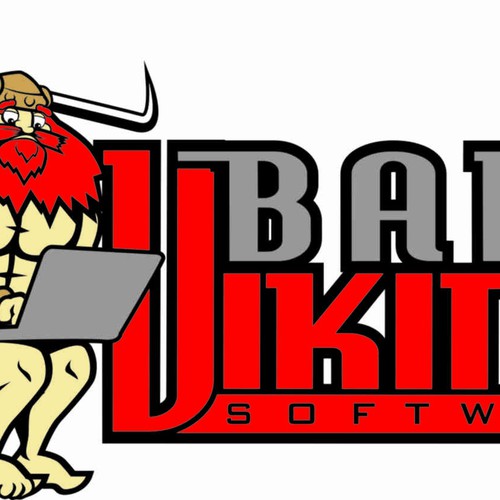 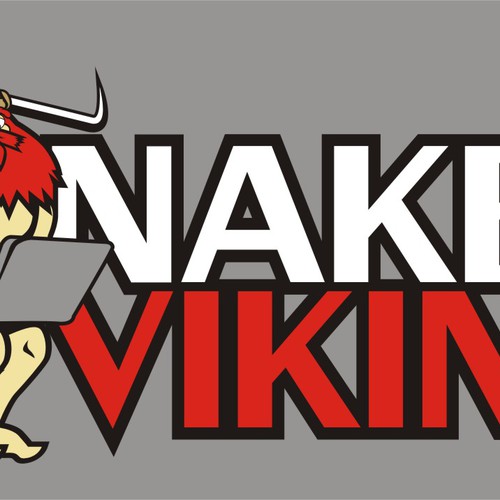 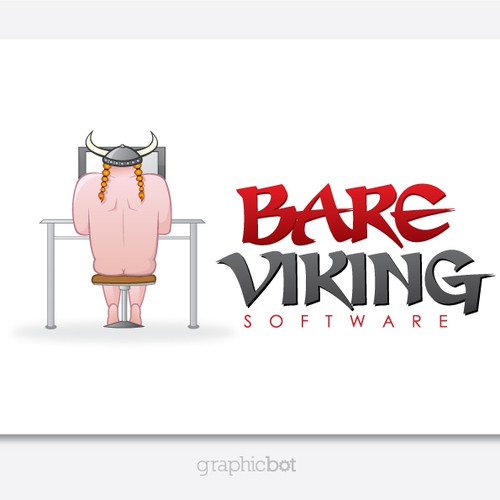 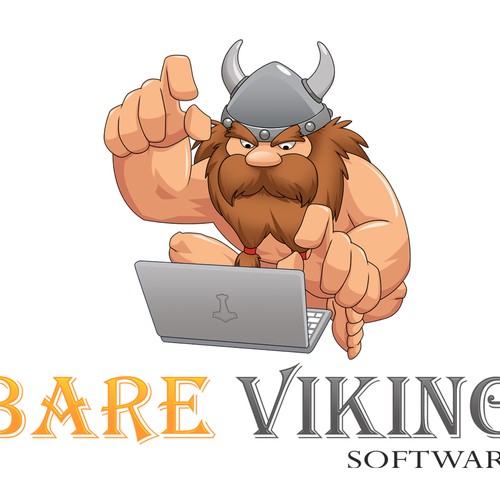 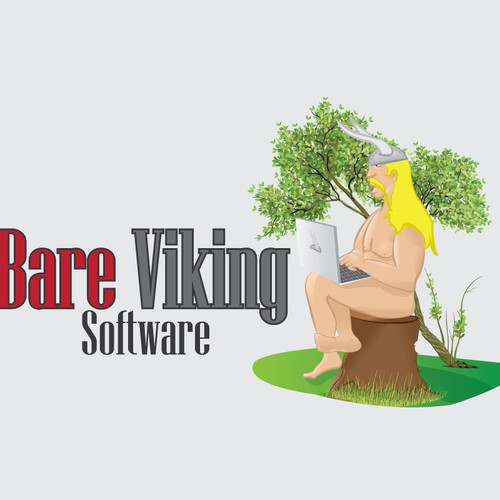 We build software for the web and handheld markets

I have an idea for what the logo should contain. Basically, I was imagining a bare viking: a naked viking. I would like the logo to be a little more cartoonish, and ideally sitting in front of a computer or monitor, pounding away on the keyboard, hard at work. It would be nice if it was a logo or graphic that could be converted into an animated image with him working furiously at the computer. Something that could be modified fairly easily to generate just a handful of frames showing a basic animation (I DO NOT NEED ANIMATION FOR THIS PROJECT).

The amount of nakedness should be enough to get the point across but not vulgar. Ideally, it would be a rear or side profile. Again, enough for people to understand that this guy is actually in the buff.

The tagline for the company is "Down and dirty development", but the tagline does not need to be in the logo (I'm just providing it to give you a better idea of what I am looking to portray).

I am open to how the guy looks from an "intelligence" perspective. He can look like a geek Viking (is there such a thing) or just a plunderer who happens to write code. This was my original thought for the look of the logo, but I may be too close to the idea and would welcome any other ideas presented by the creative types out there.

I will need vector graphics/artwork for this when it is completed.

Comienza ahora
Heroes Happy Hour - A Charity to Benefit People Impacted By Covid-19
$ 299
Happy Hour for Hope is a weekly online gathering to raise money for people severely impacted by Covid-19. We have a virt
36
entries
10
Designer
New Las Vegas sports hat company logo
US$ 299
The LOCO VEGAS BRAND is a hat company in Las Vegas, Nevada. We make sporting hats celebrating professional sports teams
25
entries
7
designers
this idea will be the first in GCC and Egypt
USD 1’299
We want to establish a platform of acquisition to connect investors with startups and companies. The idea is to be the
186
entries
59
designer
SPAGHETTIWIRED: Social media marketing agency for FOOD
EUR 269
SPAGHETTIWIRED propose itself to the market as an innovative -dinamic - modern- SOCIAL MEDIA AGENCY specialized in THE
103
entries
25
diseñadores
Design a logo that shows that hygiene is crucial
269 €
we sell disinfection products and dispenser
31
entries
13
designer graphistes
Cool modern, high tech design for a fairly dull property management business
299 US$
We manage residential properties (homes) in the Chattanooga, Tennessee area.
55
entries
17
designers