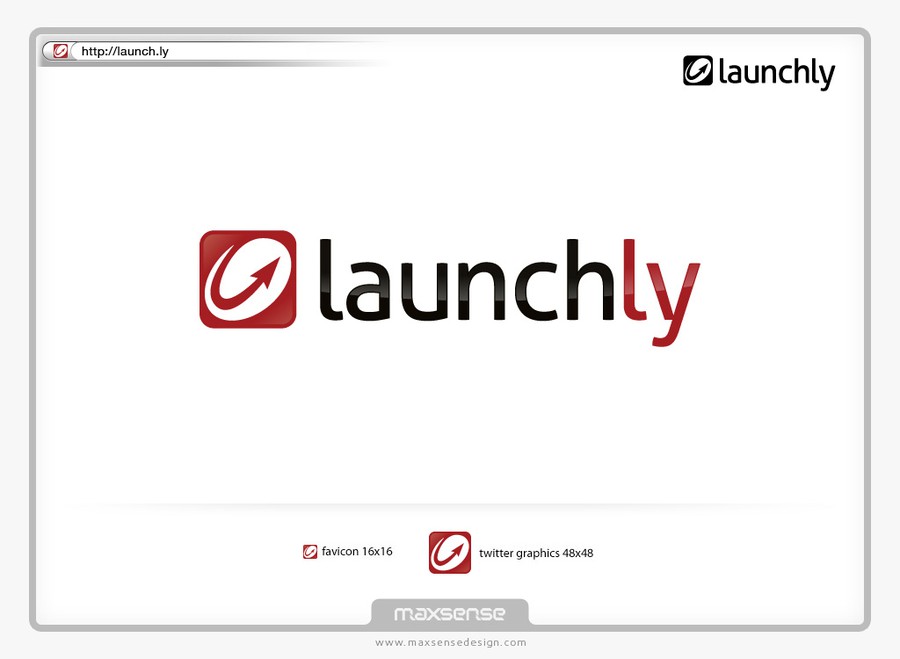 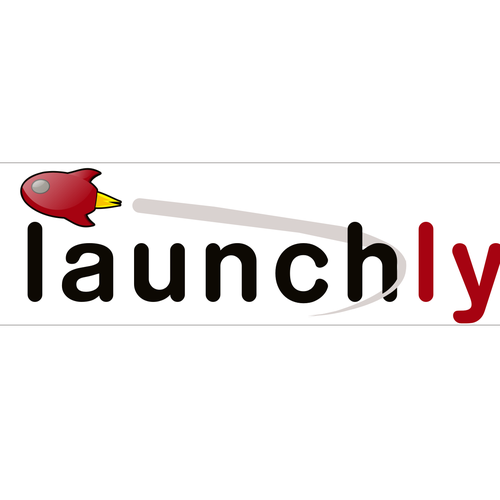 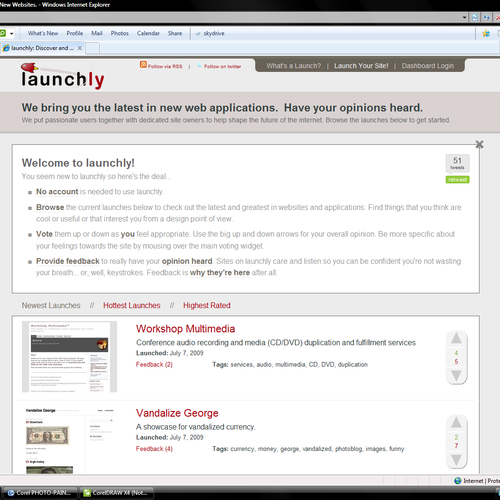 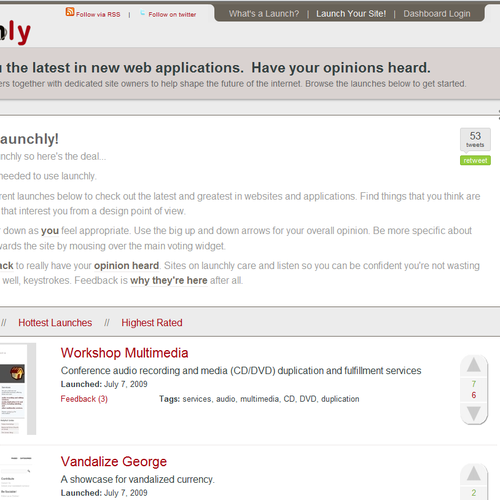 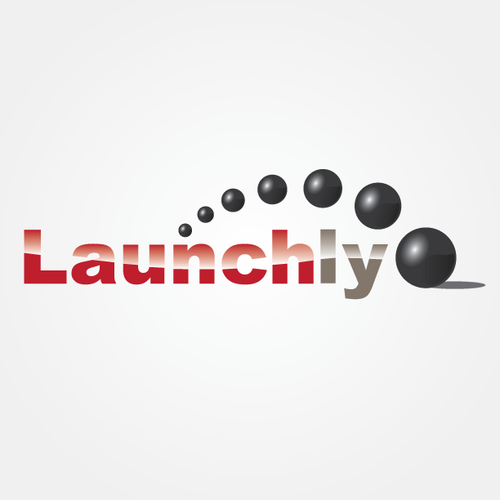 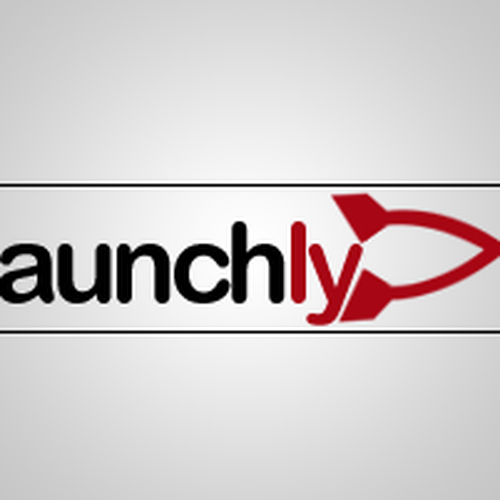 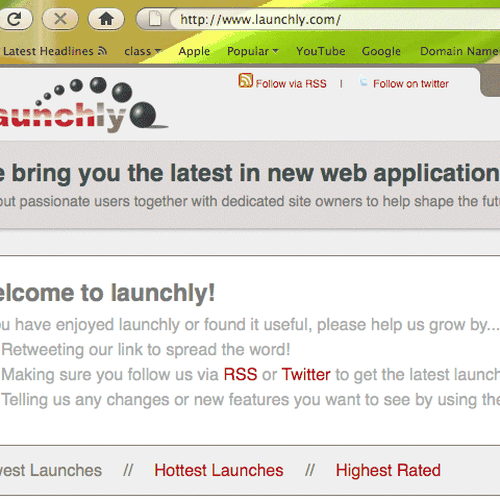 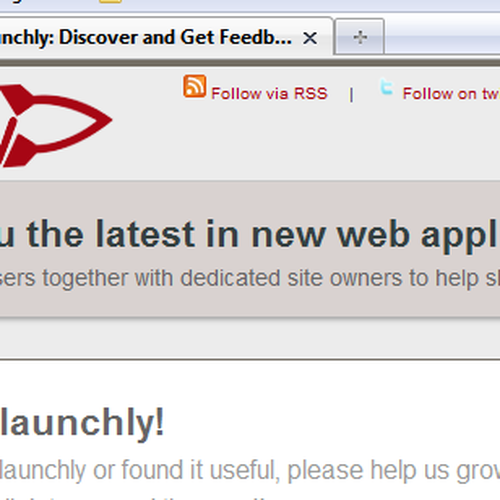 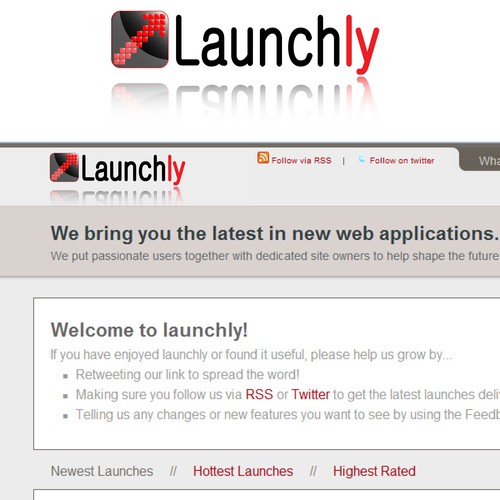 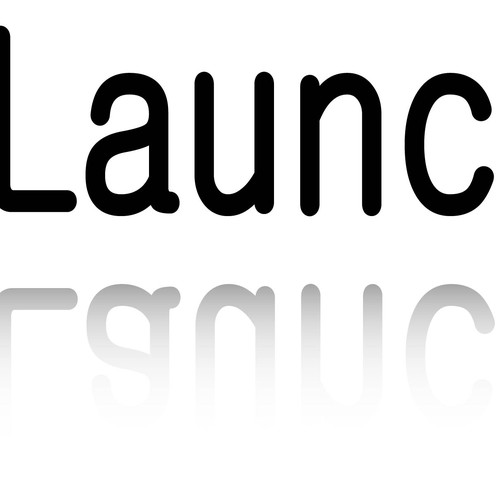 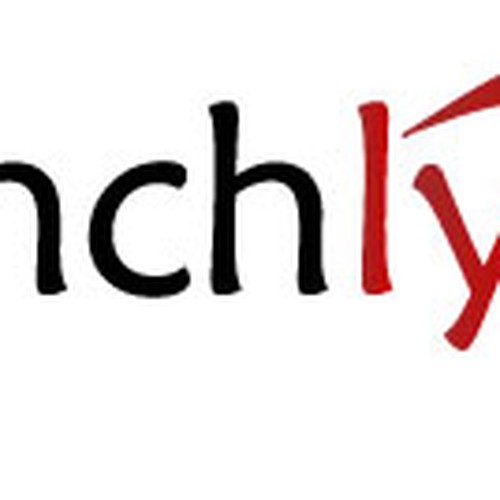 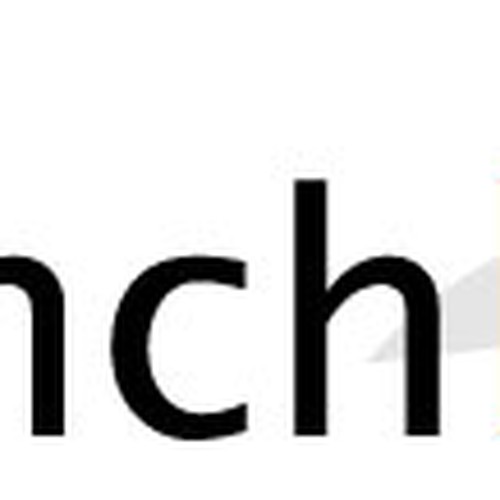 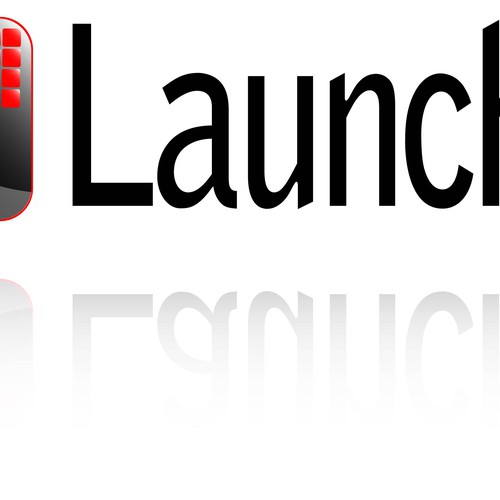 Launchly provides a venue for people to find out about the latest websites and have their opinions truly heard. It works with website owners to get them the feedback and attention they need to succeed. The application tracks all aspects of a new launch so the owner can stay focused on what matters - providing value to their customers.

Also check out some of the press we have been getting this week:
http://www.readwriteweb.com/readwri…hlys-s.php
http://mashable.com/2009/07/03/launchly/
http://news.softpedia.com/news/Lanu…5825.shtml

I require a professionally designed logo for my new web startup, launchly. Please see the site for the existing color theme. I think I want to stay with the color scheme that is there now but I would potentially be open to another theme if you think you have one that would work far better. Because of the nature of launchly, I would want any new color scheme to be fairly neutral so as not to detract from the individual launches on the site.

I currently like the font that is in use on the logo (since I designed it myself that makes sense) but I am certainly open to other font ideas. My thought behind that font was to sort of emphasize the "drawing-board" phase of a website because we target new websites/startups. There are certainly other potential ideas to be had here I'm sure.

I am also very interested in the non-textual portion of the logo. I am interested in seeing things that emphasize the "launch" part of launchly. Potentially something with a rocket of some type integrated with the name? I would really like to see other ideas for that though!

I also require that the logo fit in basically a 220x60 pixel space to avoid changing the layout.

Modern Startup Logo - Mashmello
299 US$
We are a modern software as a service startup - our target audience is tech-savvy business owners (young professionals a
106
entries
17
diseñadores
Need an amazing Snake Company Logo!
899 US$
Breeder of high end ball python snakes.
138
entries
44
designers
Believer or not, need a logo sufficient to represent Jesus Christ
$ 299
Clothing line developed to help strengthen Christians in their daily lives and help them communicate their belief in Jes
147
entries
42
Designer
Human Spaceflight Rescue
299 $US
U.S. commercial space program
97
entries
53
designer graphistes
Modern Logo Design, a challenge to the most creative designers
US$299
Market is adults, with a simple design that stands out
170
entries
33
diseñadores
Logo needed. Guaranteed selection!
US$299
We build infrastructure in the oil and gas industry. Our target audience is our customer, exploration and production com
54
entries
10
diseñadores

Comienza ahora
this idea will be the first in GCC and Egypt
$1,299
We want to establish a platform of acquisition to connect investors with startups and companies. The idea is to be the
186
entries
59
デザイナー数
Design a logo that shows that hygiene is crucial
269 €
we sell disinfection products and dispenser
31
entries
13
designer graphistes
Need logo for new healthcare tech startup - Cabin Health
$299
It allows patients to receive clinical examinations in their home.
29
entries
14
デザイナー数
Dear Woman In Process, Logo
299 USD
Dear Woman In Process, mission is to give women language for their now by helping them navigate through their heart, min
19
entries
5
designer
SMART GUARD+
299 $
Smart Guard Sanitizer is a line of premium hand sanitizer, antibacterial soap and home & auto surface disinfectants
51
entries
23
Designer
Logo Design for Home Improvement Site
£239
We provide homeowners with articles for all sorts of household related things, including costs of home improvement work,
17
entries
10
デザイナー数