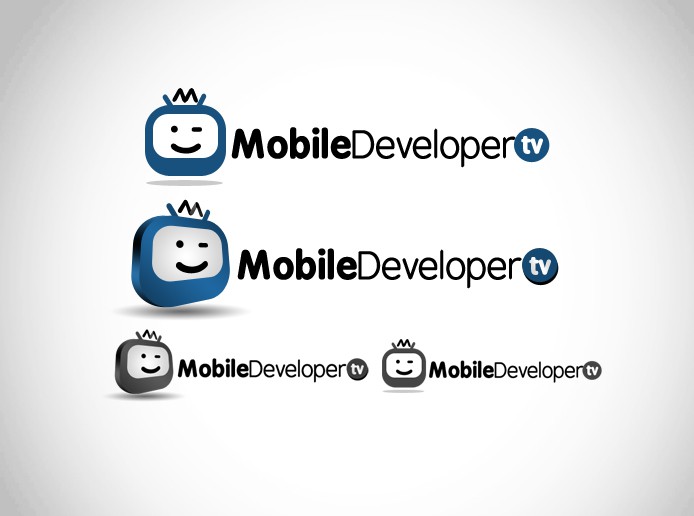 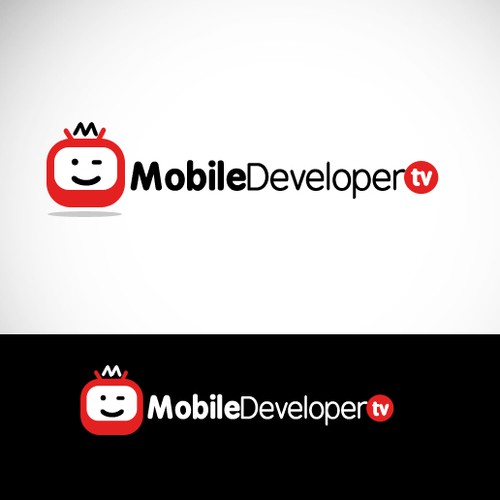 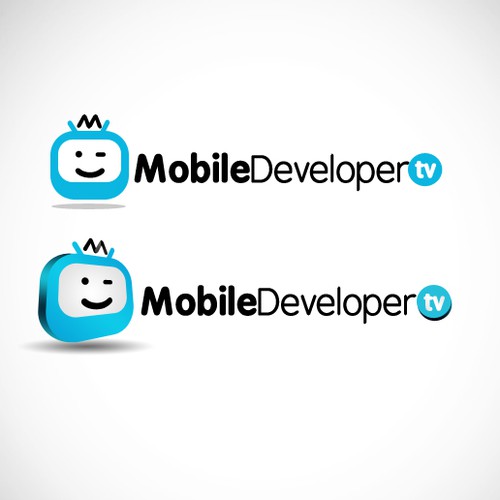 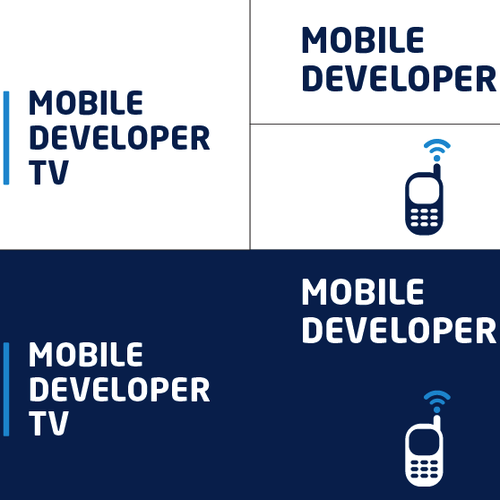 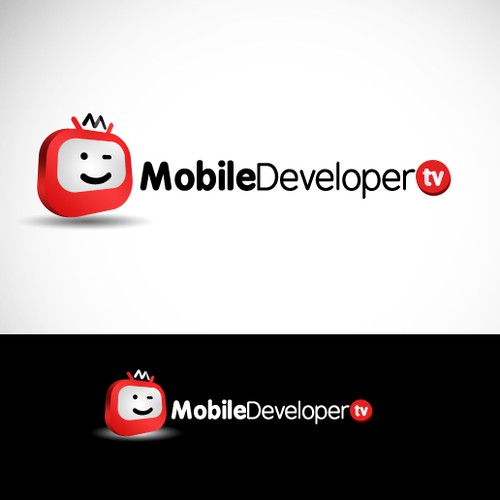 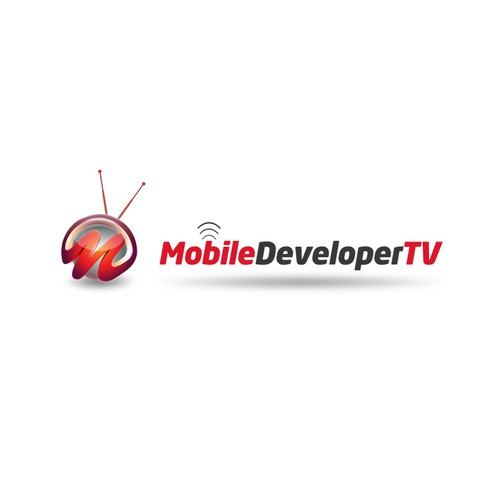 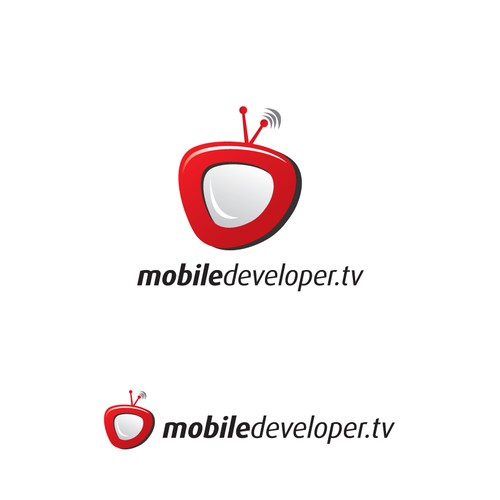 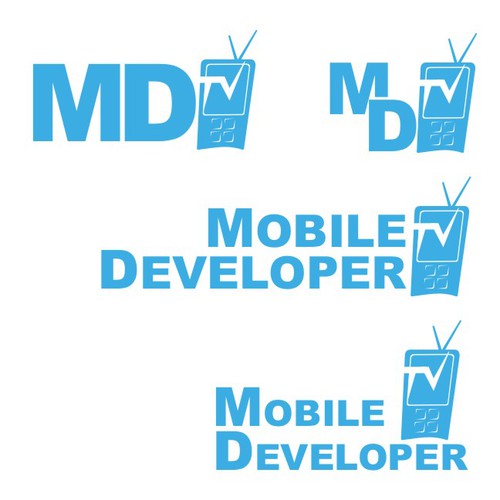 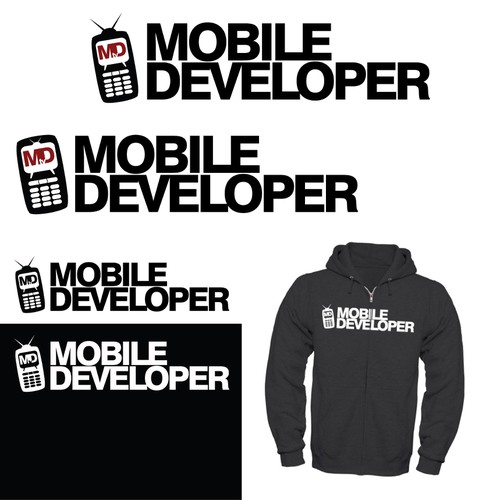 Hi there, I need a logo that will work nicely across our web and TV shows. I need the design to be bold and reasonably simple so that it'll work on multiple media: The web, video, clothing, printed materials. I'm thinking one or two colours featuring a mobile handset and a TV -- and most probably the words 'mobile developer tv', but I defer completely to your expertise and suggestions.

The logo will form the identity for Mobile Developer TV -- that is, a website (http://www.mobiledeveloper.tv) and at the front of every video we produce.

We'll be using the logo on all sorts of materials including our clothing -- when we're at conferences or events, our crew will be wearing jackets featuring the logo, so the logo should be instantly recognisable, bold, clearly understood -- and quite simple so it can be eaisly stitched/printed.  Also, in some cases we will need to super-impose a watermark of the logo on some videos -- so it should still work in black/white.

About the site/show:  Our concept is simple: We will interview the best and the brightest of the world's mobile application developers (iPhone, Android, Nokia and so on).  Each interview will be between 5 and 10 minutes long.

Logo ideas:  I think it would be good to feature some kind of TV element, perhaps fused with a mobile phone handset.  I'd also like to have a logo that can be used separately from it's text.  I'm envisioning a 'mark' (or graphic) of some kind, next to the words 'Mobile Developer TV' or similar.  It'd be good of the mark would standalone so it could be used as a Twitter icon, website icon, and so on.

If you think 'Mobile Developer TV' is just too much of a mouthful, don't be afraid to try variations on 'MDTV' or similar.

- Bold design, easily recognisable, simple
- Should work across multiple media (screen, video, clothing)
- I think text should probably be in capitals
- I'd like to see a typeface choice that is quite thick/bold because it'll need to work nicely on video (Compression from Youtube and mobile video isn't kind to complicated graphics)
- One or two colours -- by all means use multiple colours.
- Bright
- Should work in black and white too
- Consider the logo displayed full screen on the video; and also bottom left of the video -- whether it's scaled huge or small, it should still be identifiable.

- If you're looking to include a mobile phone element, try and keep it generic and easily recognisable as a mobile handset (e.g. an aerial, a keypad, screen).
- A complicated design won't work

anzugshop.com
269 €
we are lauching the olinshop for suits. mainly modern, slim. we like to attracht Young Job Starters as well as Young pro
237
entries
69
designer graphistes
Design creative Logo for Bee Hive Manufacture
499 $US
We are a manufacture of Wooden Honey Bee Hives
191
entries
46
designer graphistes
Logo for growth and change
499 $
Wildwoods, LLC is an entity used for project management and development. I have selected Real Estate in the industry bec
34
entries
8
Designer
Cloud 10 Social
299 $
Social media marketing company for hospitality, lifestyle, entertainment, fashion and sports brands.
117
entries
47
Designer
Veteran Opening Delivery Service with Amazon
US$ 799
I am a Delivery Service Partner with Amazon. I will own a company responsible in delivering their packages.
131
entries
27
designers
Design a logo for an investment club
$ 299
We are an investment Club with 21 Members who invest to make money and meet monthly to enjoy food and beverages.
120
entries
15
Designer

Comienza ahora
Design a logo to save America's native dog
USD 299
We advocate for the humane treatment of America's native dog, the coyote. The target audience is animal and nature lover
51
entries
13
designer
***** NassWallet needs your creativity!!! *****
799 $US
Creative, modern and stylish logo needed for start up financial technology company (Mobile Money, Mobile Wallet, E-Walle
260
entries
60
designer graphistes
Hot Mama Life
399 $AU
This is a revolutionary nutrition program to help busy mums loose weight. It is designed to eat till your satisfied and
56
entries
14
designer graphistes
Easy! a logo for a grants round that reflects work that's already been done (that's been attached)
669 $AU
Project: The Records Access Documentation (RAD) Grants are for organisations to document records relating to people who
258
entries
50
designer graphistes
Silicon Valley Company seeking logo that will get seen!
299 US$
We are a specialty commercial construction company who builds and maintains underground fiber optic networks. Constructi
169
entries
54
diseñadores
Badass design for new wellness company
919 $
We'd love for the logo to be fun and abstract with strong signal strength. Thinking along the lines of Hydroflask's log
290
entries
54
Designer