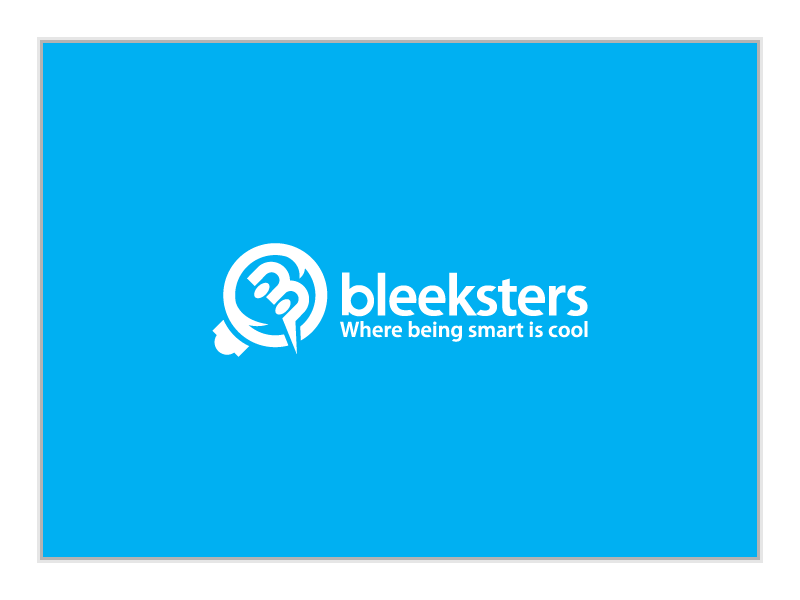 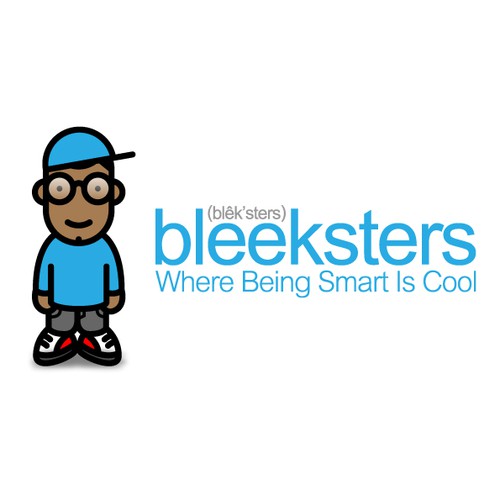 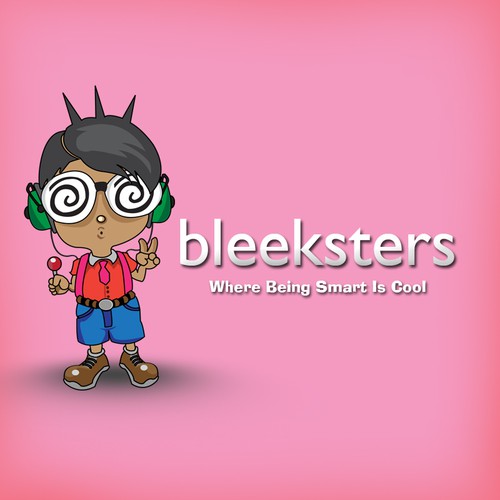 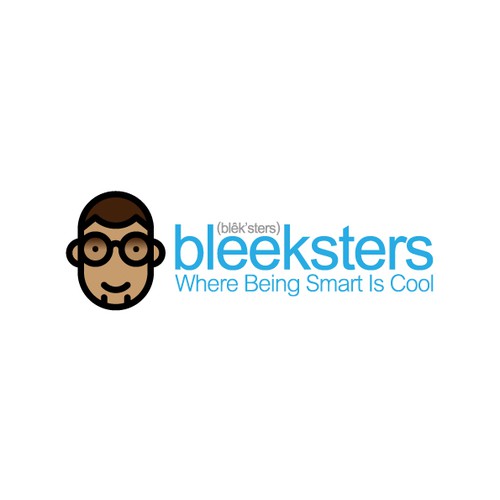 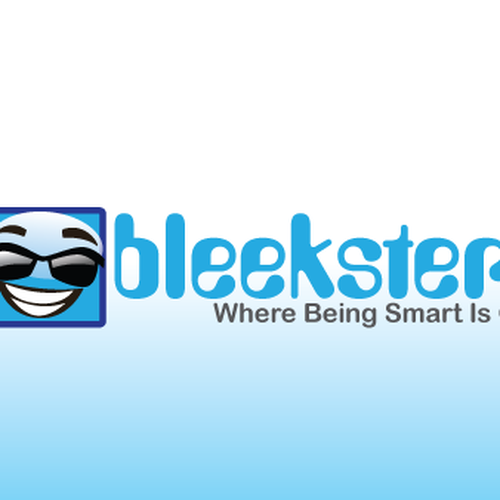 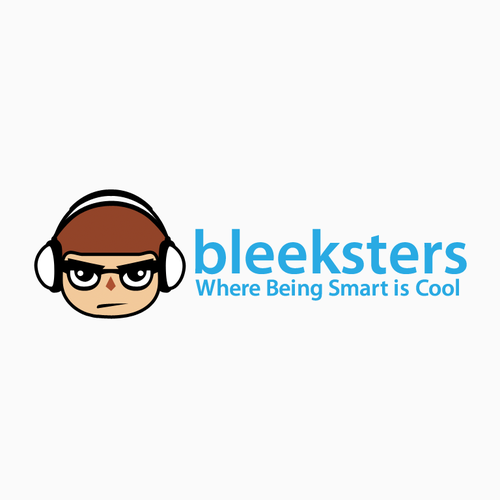 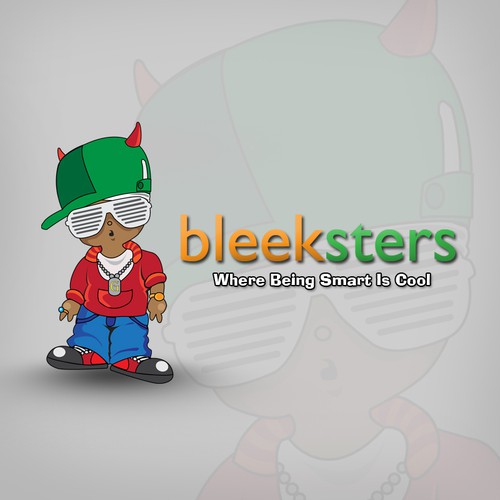 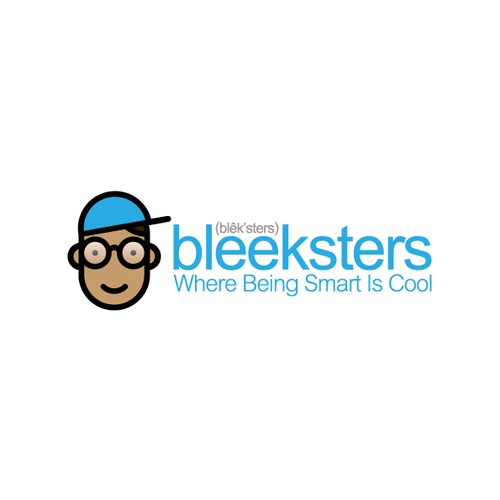 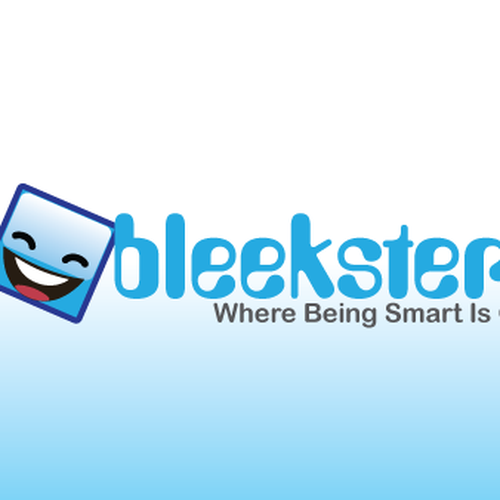 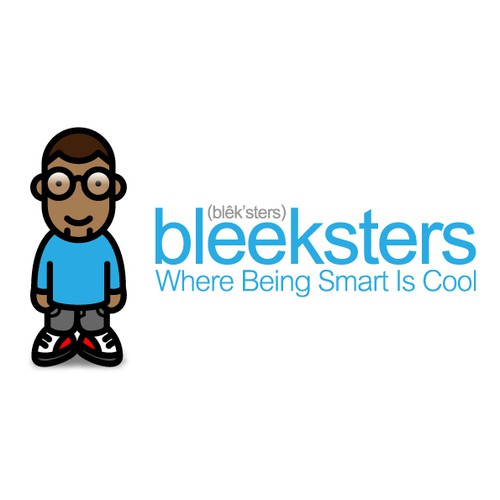 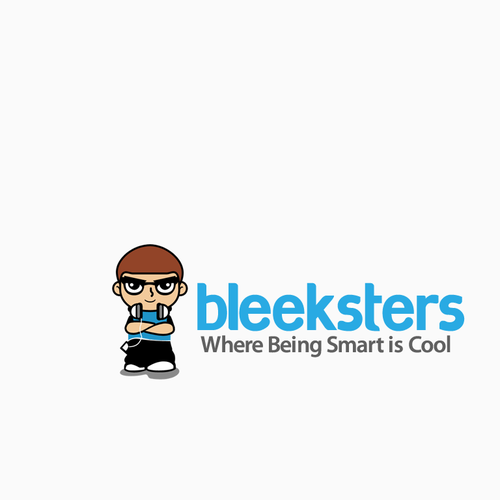 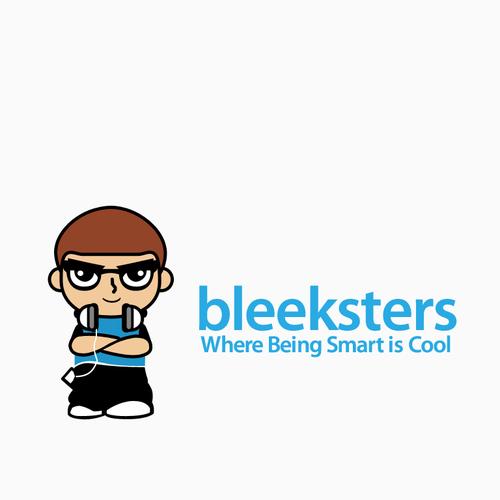 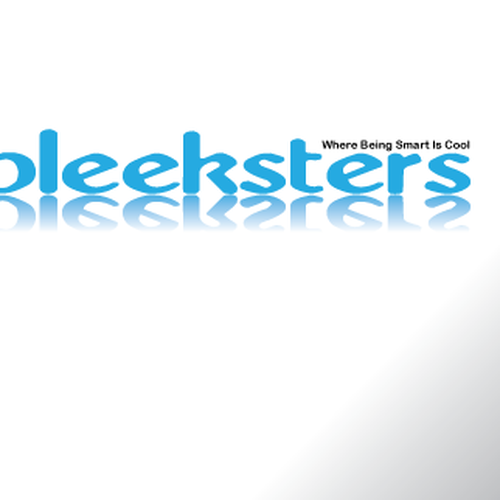 I am one of the co-founders and chief creative officer for Bleeksters, which is a play on Geeksters. I'm designing the web site, twitter, facebook, etc. The site is everbody but targeted at "black geeks".

The company is a combination of Mashable, TechCrunch, Engadget, Obsessable and Black Web 2.0. Our blog covers gadgets/technology, travel, fashion, current events, sneakers, and finance. We are basically a web magazine. We are cutting edge, technology driven.

I am looking for a vector cartoon character, text logo and thumbnail that combines the letter b and the character. All three should be high-res. Text logo color should match the color of the one on the site and include the pronunciation spelling as on the site.

The cartoon character should look web 2.0-ish or anime style drawing. A head is cool, but full body is better. Please include chunky headphones on the character, either hanging around neck or on top of head. Geeky glasses must also be included.

We are looking for a New Boyz, Kanye West, Drake, L.A. geeky cartoon head and or full body character. Must look cool, not white, not black, must be subtle and appeal to whites and mos definitely african americans.

The character design is in line with what we want. http://www.youtube.com/watch?v=6CHs4x2uqcQ

We need a Logo design for a new home improvement company
$299
We provide roofing, siding, windows and other exterior home remodeling services.
92
entries
30
デザイナー数
The Corner Office Logo
US$ 299
This is a 100 year old building I just renovated in the historical downtown square in my hometown. I'd like a logo to p
75
entries
20
diseñadores
Horror Production Company Logo looking for something FUN!
US$299
We write, produce, and direct horror movies and television shows.
63
entries
13
diseñadores
spirit animal
299 USD
Sells flower essence and crystal essence
7
entries
4
designer
Nashville's Unexpected Hideaway!
299 USD
Our hotel (a DoubleTree) has a new patio/restaurant/bar concept rolling out named Fleetwood. I already have a logo for F
71
entries
18
designer
Catchy, bold, tough construction logo
499 USD
I am a residential home builder/ general contractor. Looking for a catchy logo to put on real estate signs and catch peo
143
entries
32
designer

Comienza ahora
Renée Meuse & Associates
299 $
Real Estate - Commercial and Residential
43
entries
9
Designer
TEDxSantaBarbara's 2020 Theme
499 $US
We are TEDxSantaBarbara and this is the theme for our 2020 event. We will pair this event logo with our TEDxSantaBarbara
143
entries
42
designer graphistes
We need a new strong, clean, and sophisticated logo for our companies rebranding
$899
Group personal training gym. Currently having to rebrand our current name because we're going to be franchising.
105
entries
37
diseñadores
Help us make an exciting kids logo for our new kids sports camp!
US$ 299
This is for a sports camp for Kids ages 5-12. This is an all day sports camp, not a camping in the woods style of camp.
55
entries
28
designers
Monogram Logo Design for self branding
$499
Retirement income plans. target audience is baby boomers with liquid net worth over $500,000
84
entries
25
diseñadores
who ever wins i will give him the website to do it + one more Logo
$499
General Trading company Mostly importing products and sell it to the market wholesale as an official distributers and by
318
entries
52
デザイナー数