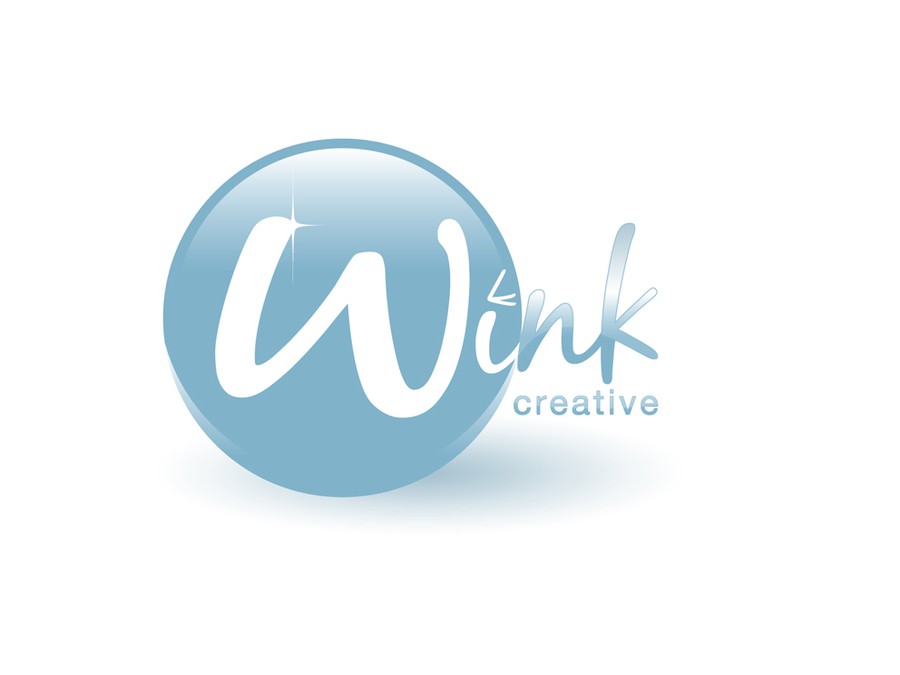 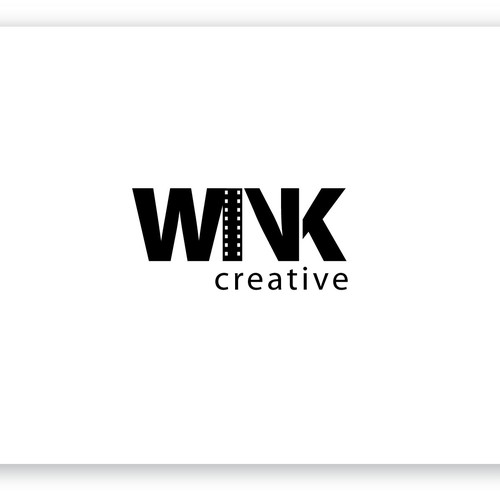 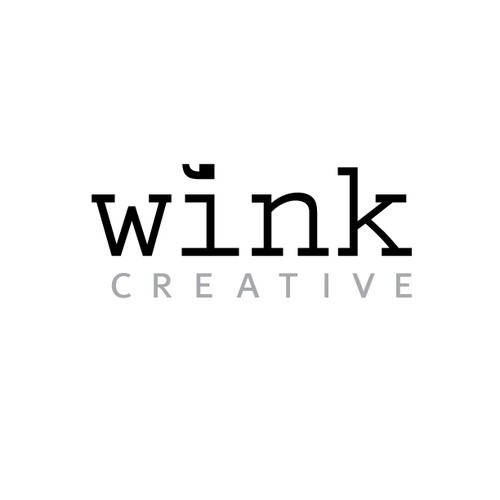 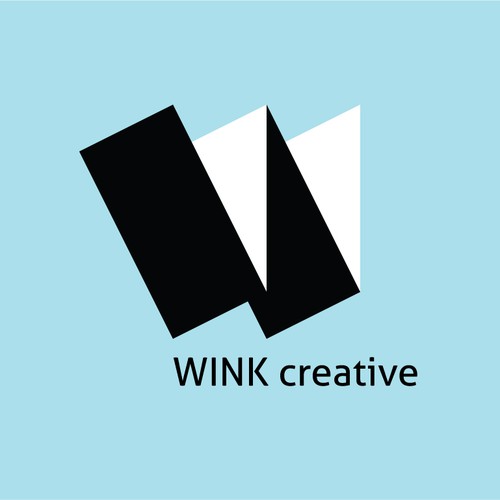 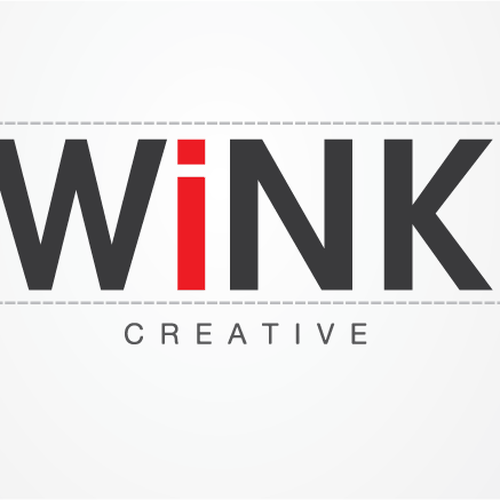 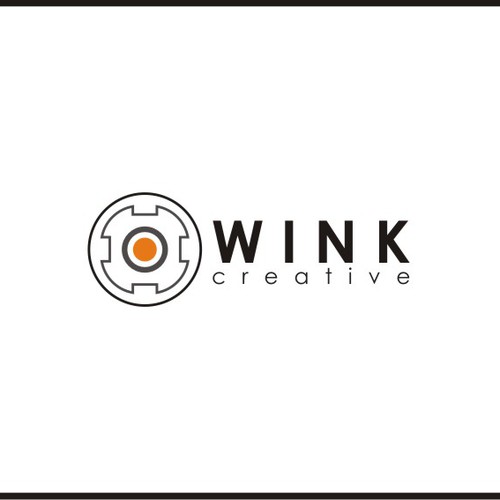 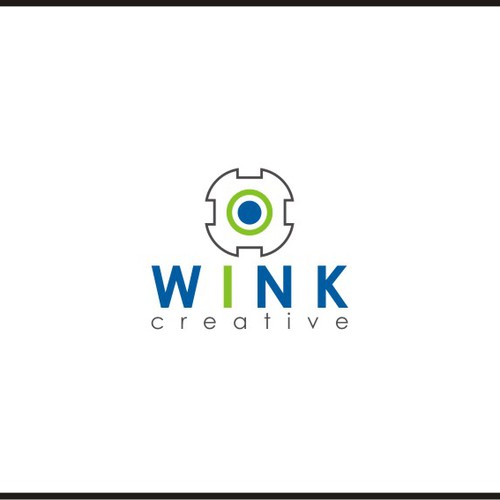 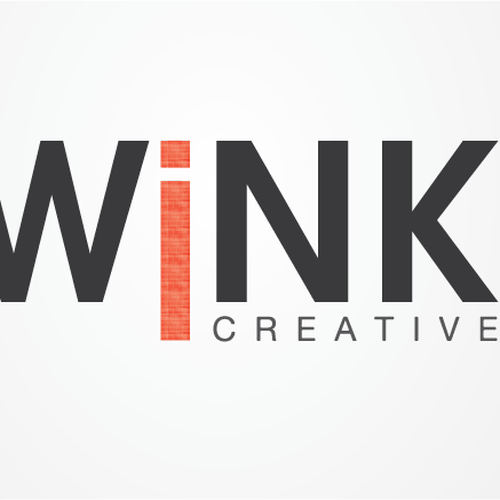 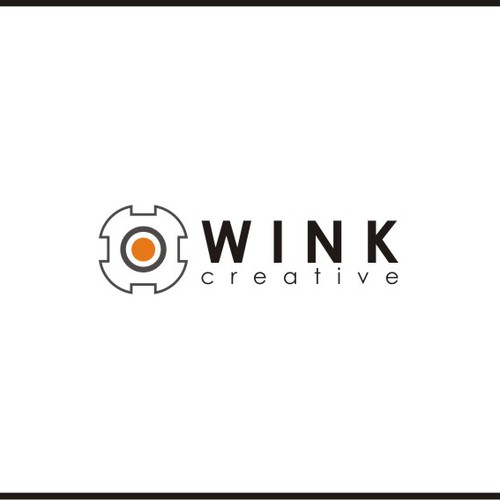 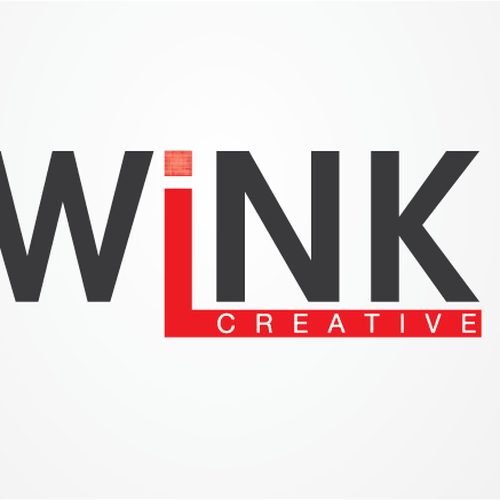 WINK CREATIVE is a newly-launched boutique ad agency based in NYC. We create (edit and produce) trailers, spot ads and video content for film, television, theater and new media. We're leaping into a competitive market in uncertain economic times, ready to compete with the big boys. The logo needs to reflect certain characteristics of our business which we encounter in our work everyday: speed, dynamism, professionalism and experience. Yes, it can be 'cool.'

What we're looking for in our new logo:

1. FONT TYPE
Sophisticated and edgy. We are gravitating toward a san-serif font but open to seeing options. Prefer strong and dynamic rather than child-like, too feminine or clunky, cutesy or gimmicky. No smiley faces. i.e we want the logo to 'kick ass!' NOTE: the word 'WINK' needs to be much larger than the word 'creative.'

2. IMAGERY
Naturally our name ["WINK"] will trigger designers to use an eye, lashes, a wink of an eye, etc. We've explored some of these options already but have not seen anything that isn't shy of a cliche. We continue to encourage exploring this direction but it's not an absolute must. Also, at one point we thought of a melted wax seal/stamp logo but never saw anything. A bit of dimension will go a long way rather than being just 2D. The 'substance' of the logo can be something hard or metallic. A little glint, reflection or texture will help.

3. MARK
We would love to find a clever graphical element (mark) that is recognizable in conjunction with the name. Please try to stay away from over-used "film reel" images e.g. 35mm film clippings integrated with letters, motion picture cameras/lenses, film/stage spotlights, curtains, scissors or any touristy NYC or showbiz icons.

**Logos we think are clever: Target, Obama, Geek Squad, EA "Dragon Age" Games, Playboy, MTV, Apple
**We have uploaded a few image references that we are inspired by and like (color, type, layout).**

Look forward to your entries!
Have fun!