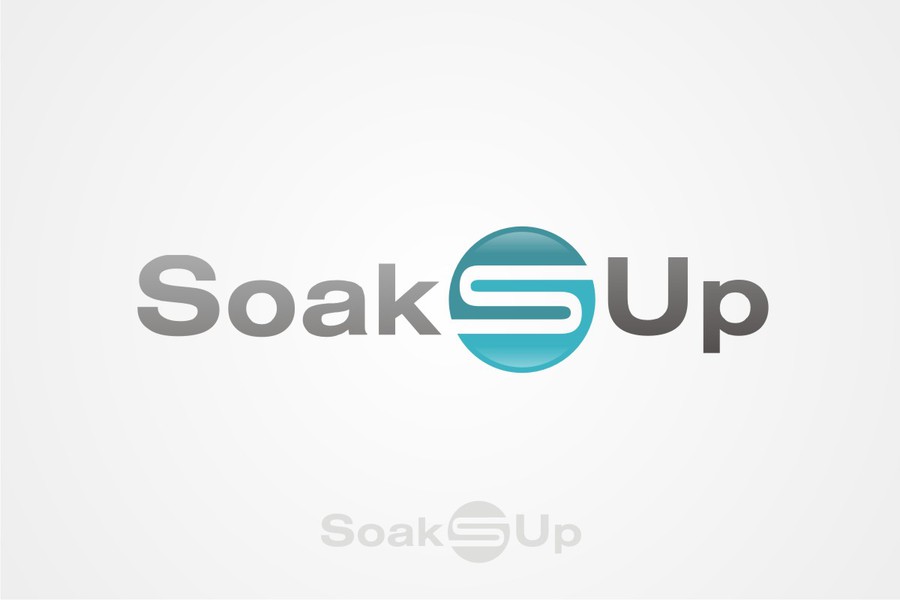 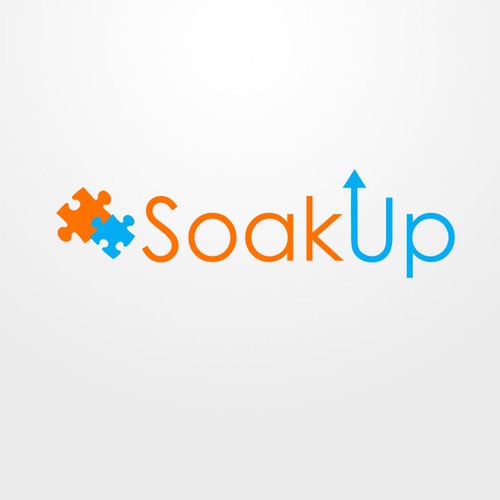 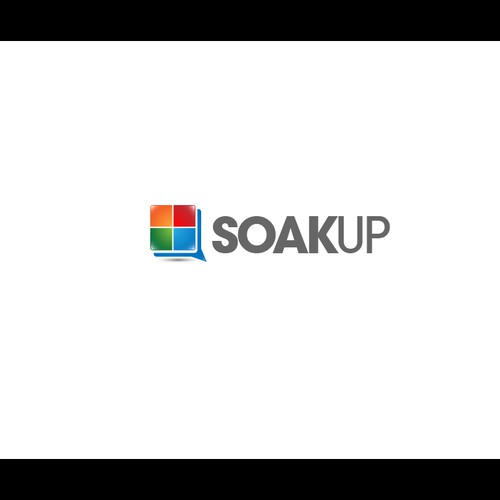 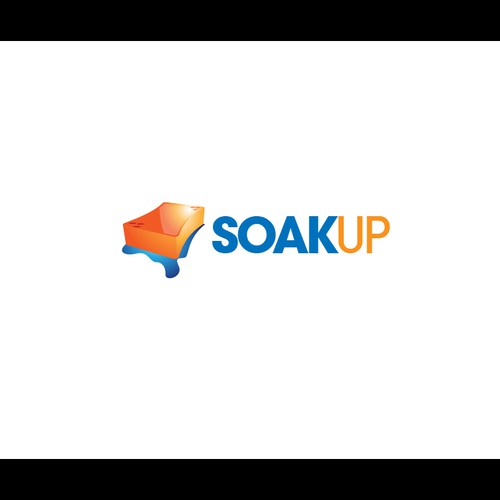 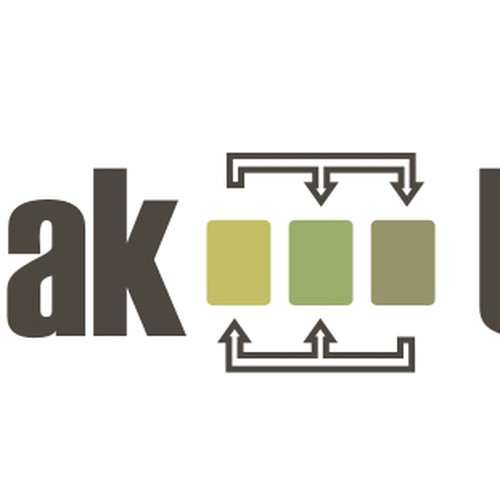 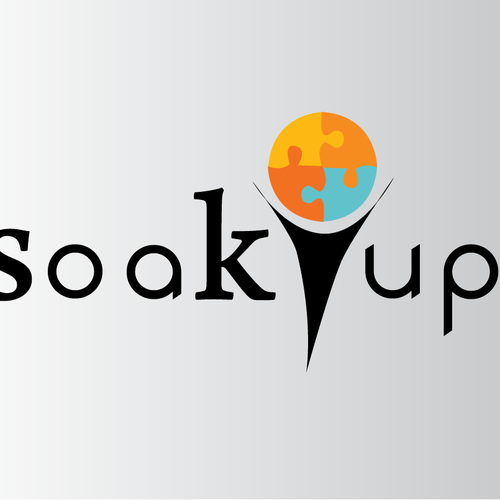 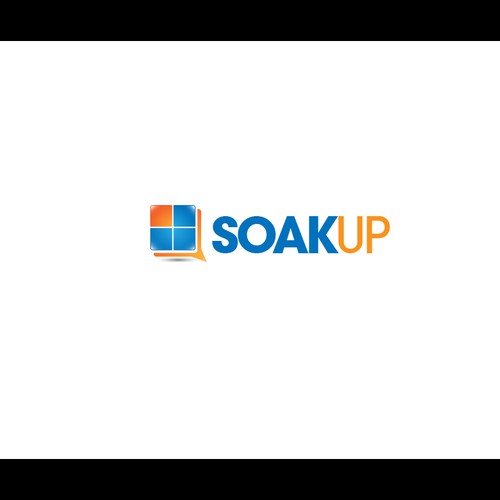 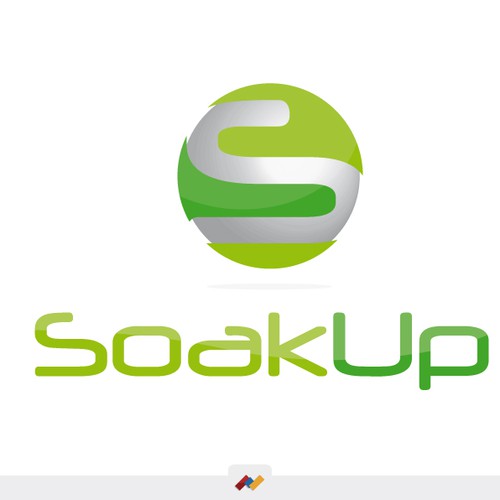 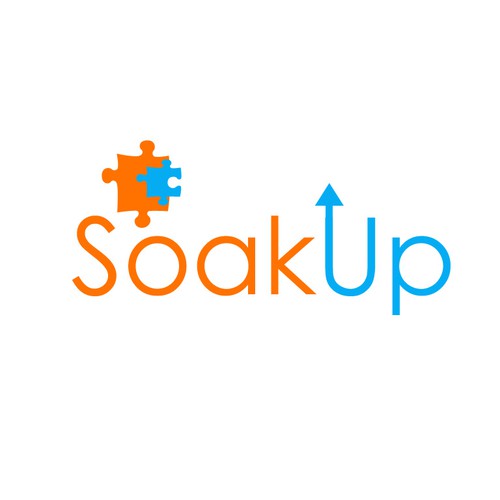 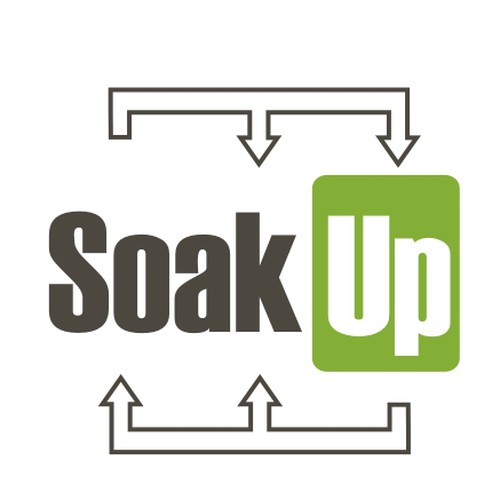 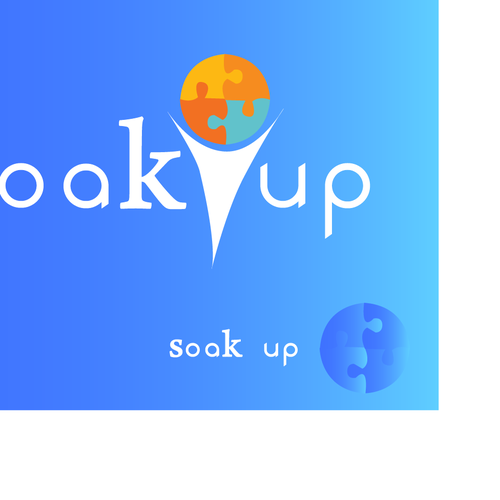 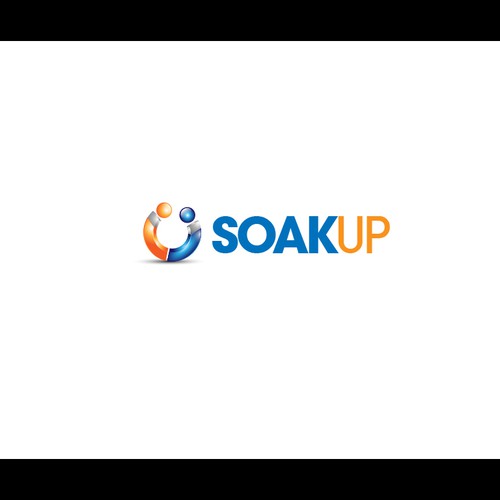 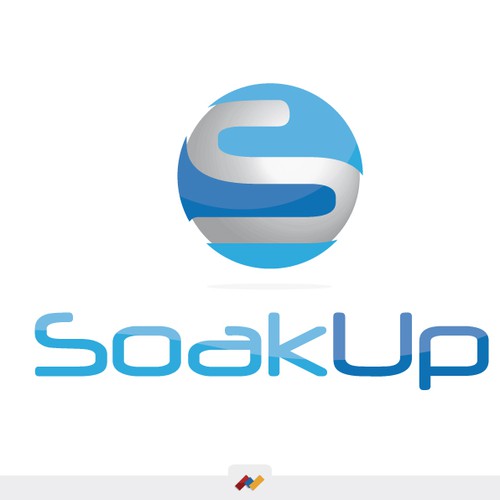 SoakUp will be a web site / web application for people who want to learn something. Typical use is language learning, or more exactly learning a set of words and expressions from a foreign language.

People will mostly "self-learn", without a teacher, either on their own or in groups.

An example of an already existing web application with a similar functionality is http://flashcarddb.com/.

The name of the project as "SoakUp" is already decided, and a very early (German-language) prototype of the application is running at http://www.soakup.ch/. The idea behind that name, formulated as a (somewhat exaggerated) claim: SoakUp makes learning so easy, you will have the feeling that your brain just soaks up the learning matter, quickly and without great effort.

Right now, at the start of this contest, we have the opinion that some crude pictorial rendering of something really soaking up something else, say a sponge soaking up water or a brain soaking up words, will *not* result in a good logo. We think the way to go is more subtle. But one the one hand, we don't have an idea of that way yet, and on the other hand maybe some good designers will surprise us and prove us wrong.

We hope to be successful with SoakUp mostly among young people, pupils and students here in Switzerland. In our mind, the perfect logo would be "fresh" and "modern" to attract this young audience, but not too much so because we want people to see SoakUp as a serious tool and not mistake it as a toy or even a game.

The Corner Office Logo
299 US$
This is a 100 year old building I just renovated in the historical downtown square in my hometown. I'd like a logo to p
75
entries
20
designers
Horror Production Company Logo looking for something FUN!
US$ 299
We write, produce, and direct horror movies and television shows.
63
entries
13
designers
Need a stylish logo for a new winery/tasting room that will appeal to today’s wine lovers.
$299
Vineyards, wine production and sales in our tasting room in Ellijay, GA.
67
entries
21
diseñadores
Buena Vista Farm logo
US$ 899
Hunter jumper show horse training
180
entries
36
designers
Nashville's Unexpected Hideaway!
$299
Our hotel (a DoubleTree) has a new patio/restaurant/bar concept rolling out named Fleetwood. I already have a logo for F
71
entries
18
デザイナー数
Need refreshed logo for growing brand/clientele
$600
Video production company that is taking in a lot of corporate video work; expanding into interactive video, video animat
667
entries
126
diseñadores

Comienza ahora
A friendly John Deere tractor design - appealing to residential homeowners
299 USD
I am starting a lawn care, tree removal, yard cleanup business using a small John Deere 1025r tractor. My audience is sm
30
entries
7
designer
LUXURIOUS, CLEAN, & FEMININE LOGO FOR FASHION COMPANY
399 CA$
Fashion Company selling handcrafted, sustainable and luxurious garments with a bit of feminine and free-spirited touch.
51
entries
15
designer
We need an appealing logo to buy houses.
299 USD
We buy houses for people that are outgrowing their home, tired of costly repairs, have impending foreclosures, or just r
81
entries
31
designer
Devils Of Details is a Brazilian jujitsu clothing and equipment bringing high quality to competitors
$ 299
This is a clothing company around Brazilian jujitsu and mma. It’s main focus currently is Brazilian jujitsu. I want to b
76
entries
26
Designer
Real estate developer logo
US$ 299
We are real estate developers, investors in real estate and provide real estate advisory services.
62
entries
21
designers
Design the Logo for my New Plant Based Food Blog!
$299
We are a vegan/plant based food and life style blog. The food is going to be more advanced and innovative in culinary te
40
entries
18
diseñadores