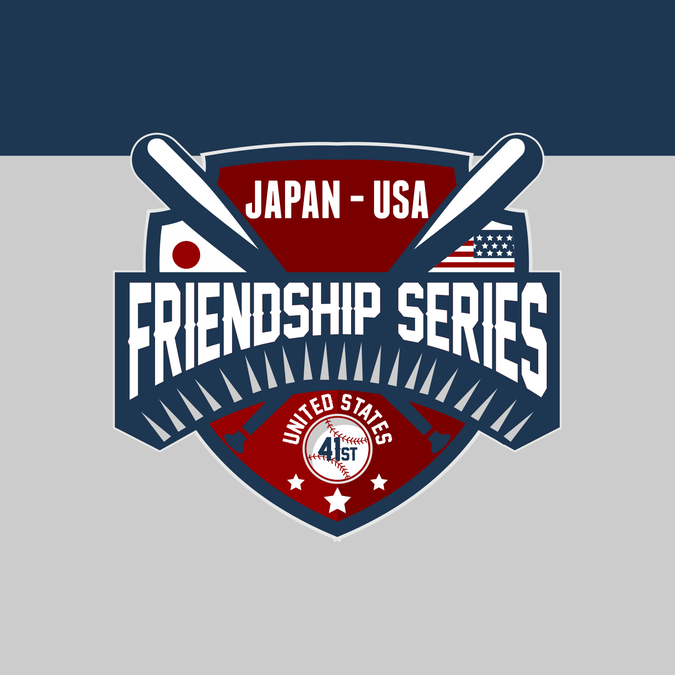 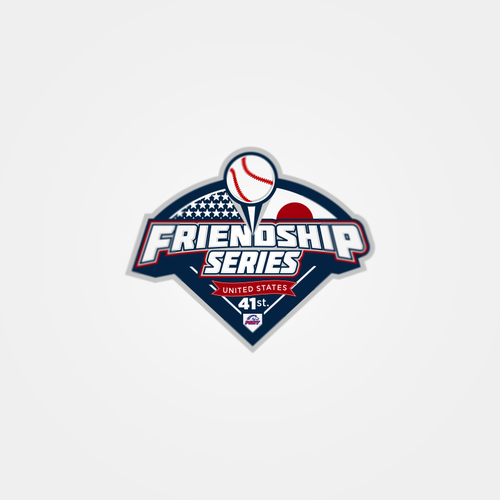 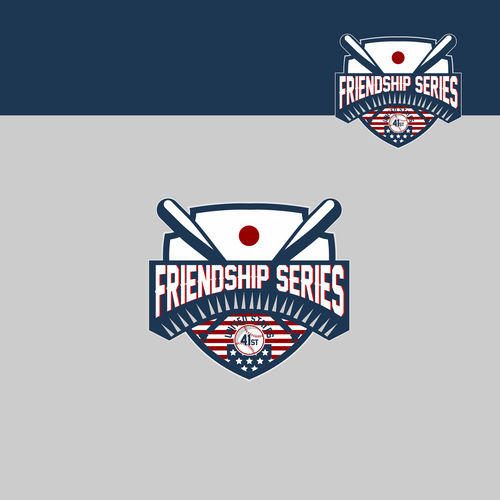 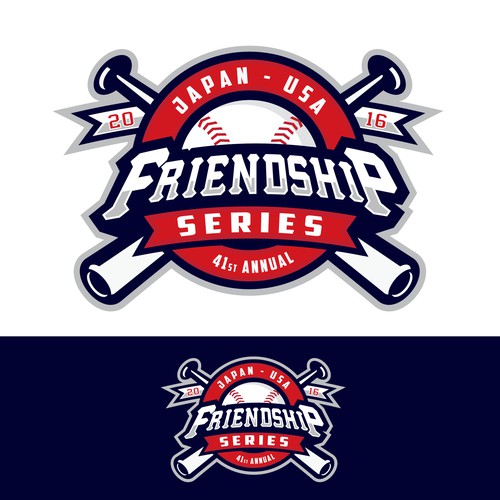 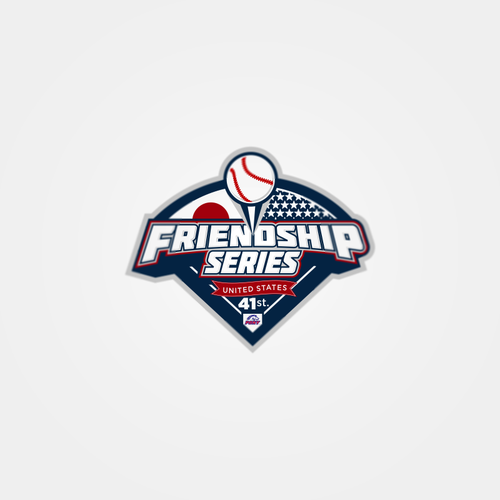 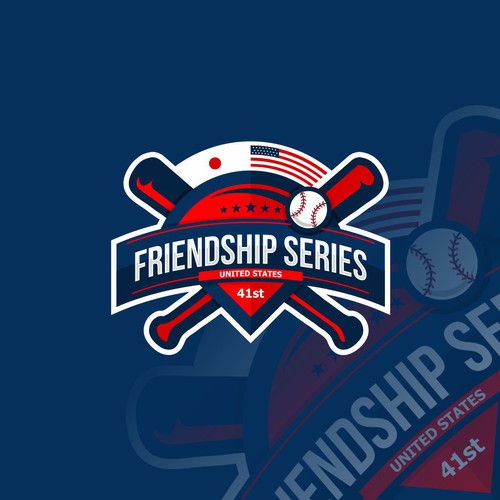 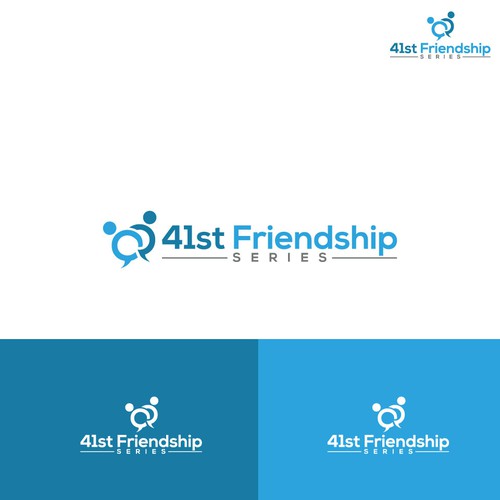 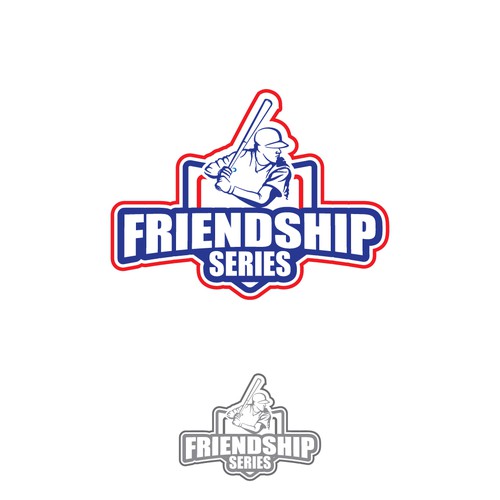 The logo is for the Friendship Series between Japan PONY Baseball and United States PONY Baseball. The Series is the brain child of Mr. Shinsuke Ito. He communicated the history to me not long before is death, through an interpreter.

The Friendship Series has been an annual event since 1974. Mr. Ito saw that "Our people don't know one another, our societies don't understand one another, and our governments don't always like one another. Mr. Ito's solution was to set about building bridges and understanding through a common thread, baseball. On alternate years, each country assembles one team that travels to the other for 10 Days of baseball. During competition players stay with host families. Mr. Ito was adamant that while they can compete on the field, there must be an exchange of customs off the field. Home housing of players is a key part of the experience. In its simplest terms he said, I want your children to be our children. We can teach your children our ways, discipline. I want yours to teach our children how to smile.
Players typically range in age from 13 to 16 years of age, but most are 15 years old when it s their turn to shine. This is the last year for Japanese players to play summer ball before they begin their high school baseball career.
Friendship alums have gone on to play professional baseball, in both Japan and the United States. The Friendship Series has been played in the nicest of professional ball parks and in forgotten sandlots across Japan and the United States. Sometimes the teams are greeted by governors, mayors, and professional players. At other times the greeting comes only from those charged with getting the team to the field. Some of the games have been broadcast on television, radio and written about in national papers, others recalled only by those in attendance. This year the series will be in Japan, specifically, Sapporo, Hokkaido; Kumagaya, Saitama and Chiba, Chiba.

I will have some thoughts but I would first like to see the designers' ideas.

Powerful & Attractive Logo needed for Speaker/Coach
$299
Our target audience is Student athletes , parents and coaches that are in high school or middle school. We will be trav
161
entries
30
designers
Patrol Shack - For Snow Skiing Badasses!
US$299
We are branded around ski patrol....that's snow skiing! The profession is full of rad powder snow slaying badasses. We w
84
entries
21
designers
Basketball Academy
$299
This platform will help kids develop their basketball skills. It also will help them use sport as a tool to be successfu
51
entries
23
designers
Design a Trail/Ultrarunning Running Event Logo
US$299
This logo will be for a long distance trail running event. This event will take place on a working Ranch in the state of
29
entries
10
designers
DeadThree Basketball
299 USD
We are a basketball club - but we also run a website where gear or merch is purchased. We get people from 5 years old to
117
entries
15
designer
Sports and fitness equipment brand needs a eye catching logo that shows strength and Excitement
$299
The products will be related to Sports and Fitness. Equipment that aids in getting in top physical shape to compete in s
89
entries
25
diseñadores