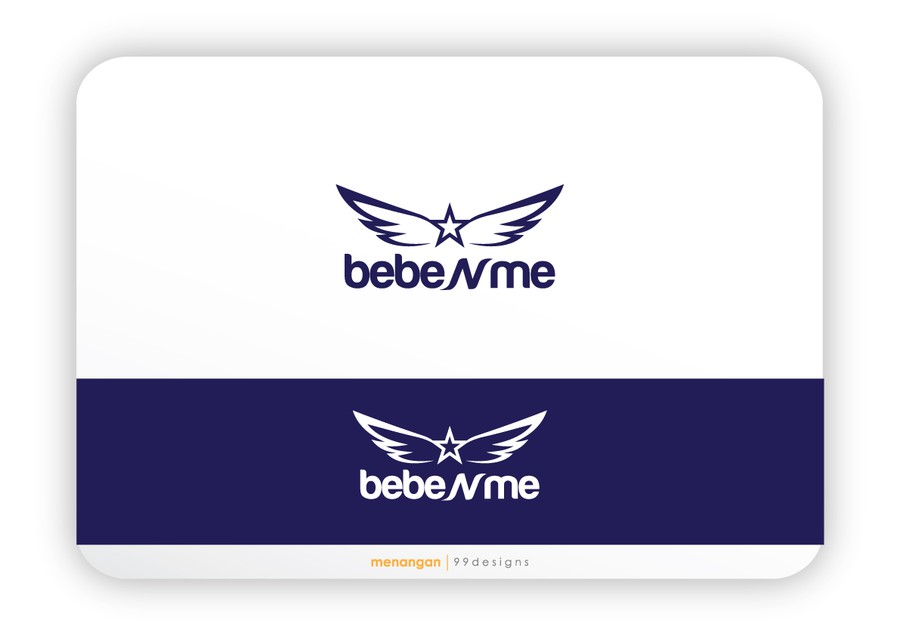 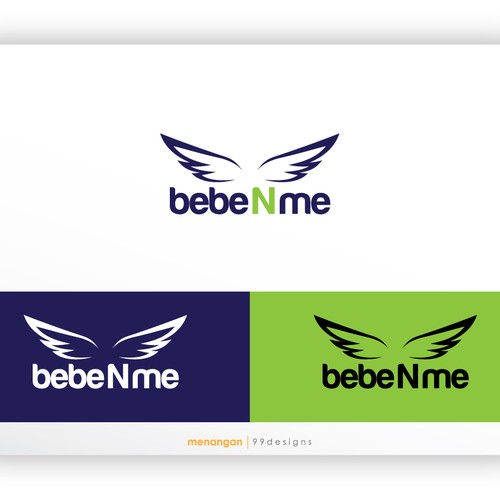 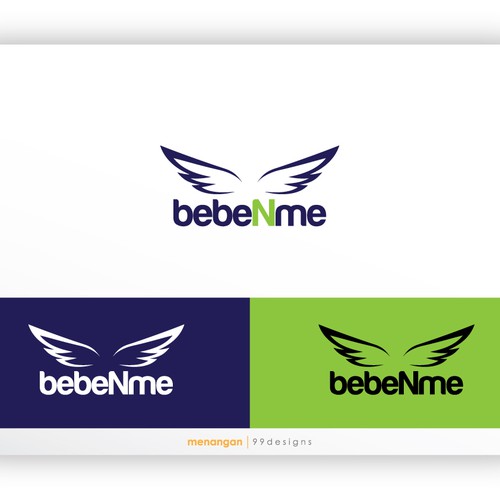 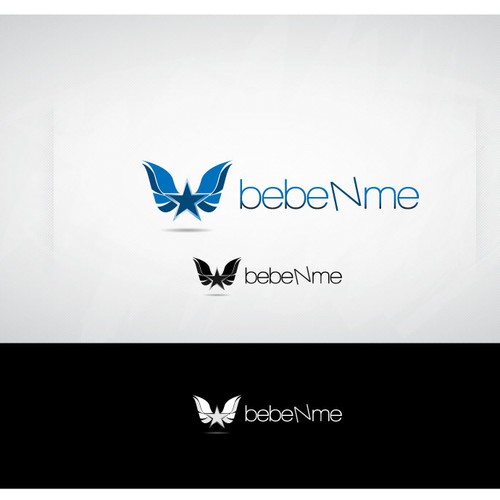 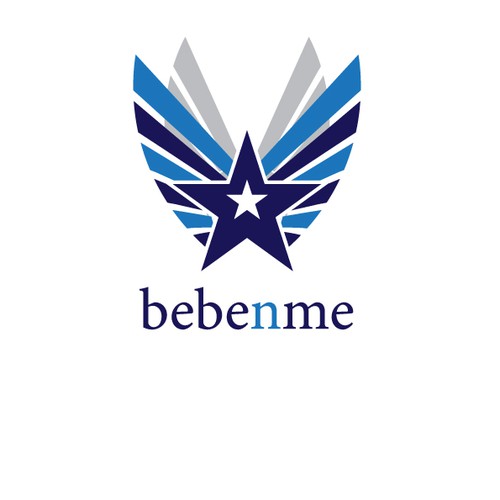 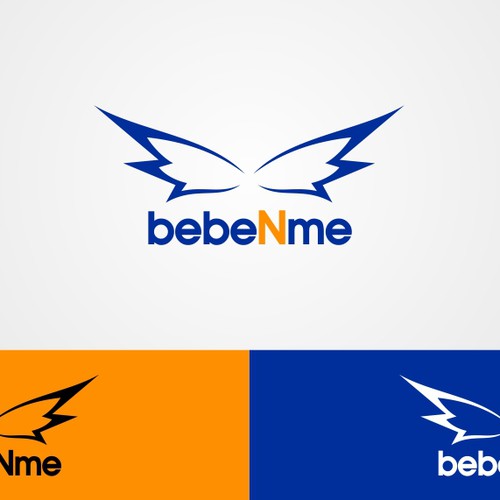 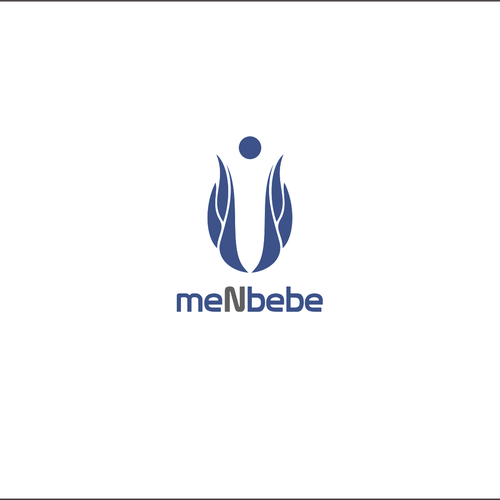 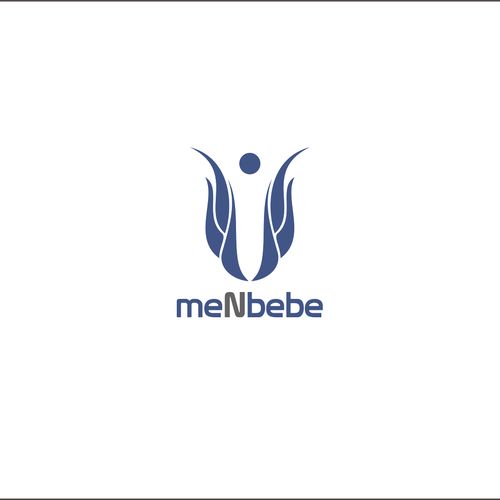 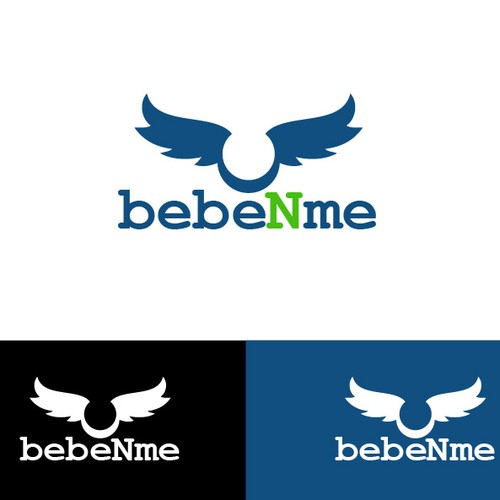 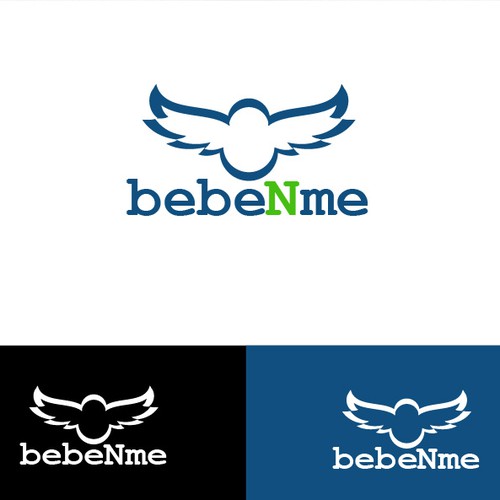 WORD -- Our name relates to our website http://www.bebeNme.com. It is pronounced "baby and me". The second 'e' in 'bebe' should *not* have an accent over it. The letters in 'bebe' and 'me' should be similar and lowercase. We think that the middle "N" should be upper case to make it stand out, but probably not with ' or " or - marks, maybe the N could be a different color or something else distinctive instead of being upper case, but we dont want it to dominate the "bebe" and "me" words. We are open to ideas of whether there should be space between the N and the other words, or it is equidistant; our hunch is that it should be equidistant. The font should simple and clean, working in black&white as well as colors (e.g. sign on a shop with white background, and also small oval colored stickers on packaging boxes). We do not want ".com" in the logo.

ICON -- We like the icon associated with it to be similar to the US track and field icon -- a "five pointed winged star" (http://www.usatf.org/Home.aspx) -- although we would like the star to be larger portion of the logo than the usatf logo. The logo should be separate from the words in the icon so that both can be used separately without the other (i.e. like the nike word and swoosh). The icon should be able to be used in circular / oval form; think for example that it has to fit in a small jacket button/badge or metal hat pin (the usatf icon is alittle tall & thin with too much blank space). The icon should be modern like usatf, although the original usatf logo in a shield has some nice elements. Also worth looking at is the "winged O" in the Olympic Club logo (http://www.olyclub.com/), it is not modern enough and a touch too complex in the wings, but a nice concept. The logo has too many lines and is too fussy, we are looking for simpler "winged star" design. Unfortunately we don't think our name is short enough to include in the logo; therefore we are thinking of using a five pointed star, especially as "b" isnt nice and symmetric like "O".

STYLE -- The style logo has to be "fashionable", "modern", "sporty", "strong", "funky", "simple/clean" and not "baby-like" or "cutesie", appealing to "professional soccer moms". The logo should work not just for newborns, but also infants and toddlers up to 2-3.

COLORS -- We are thinking that darker blues probably will be the best color as it isn't as harsh as black, but will still work well with the pastel baby colors (e.g. pinks/blues/greens/yellows/chocolates), as well as the stronger and bright primary colors. Almost more important than color is that it, like for example the nike logo and swoosh, can be made to work in any color on goods/packaging/clothes.

USAGE -- We want to be able to use the logo/icon in most applications (website, biz card, shop sign, packaging, on clothing, etc). Importantly the icon has to be able to be embroidered onto t-shirts in a single color thread and still be recognizable. Later we may want to add descriptive words/logo underneath it; and maybe two letter location code to the right -- like "Boudin" uses here with "SF" in http://www.boudinbakery.com/locations).

Need a clean, fun, log for an embroidery shop
USD 299
I can embroider anything from logos, to designs, to custom pieces. Target audience - schools, parents, gift givers.
59
entries
13
diseñadores
Ekonova Eco Friendly Products
HKD 4,099
Eco-friendly products back to nature, organic matter, rebirth, totally disappearing, recycle.
500
entries
110
diseñadores
Create a powerful and avant-garde logo for a home equipment sales company.
EUR 269
We sell high value products for home furnishings and equipement to people around the world.
86
entries
27
diseñadores
Modern, Sophisticated but Playful, Imaginative logo for a B2B Wholesale Distributor
$350
Wireless Labs is a wholesale distributor of cell phone accessories, LCDs and parts. We are a B2B (business to business)
133
entries
35
diseñadores
Pop Art Style Logo for New Retail Brand (Female character)
CA$ 399
I'd like a Pop Art style logo, Mary Jane's is a new company so you will design her as you imagine her. To me I think of
9
entries
6
Designer
Local Honey Helping Local Foster Children
US$ 299
Our family maintains honeybees at home and harvest the honey. We share with people through social media and our website
61
entries
30
designers

Comienza ahora
Prince’s Paw
299 $US
Luxury, artistic, modern , dog day care, groomer , training , boarding and outdoor water park ...
82
entries
16
designer graphistes
Logo Design for Vintage Collegiate Memorabilia and Collectibles
499 $
We sell vintage collegiate memorabilia and collectibles as well as football programs. You can look at our website www.co
20
entries
8
Designer
I need a logo/brand guide for online biz which will be featuring fair trade goods.
429 $US
Noble Feather is an e-commerce store that sells fair trade goods and handicrafts from around the world. Artisans and the
37
entries
12
designer graphistes
Warrior Workspace, the new hip workspace for those work warriors out there
US$ 299
Warrior Workspace is a new shared workspace company. We want to create a modern, hip and luxurious workspace for all ty
111
entries
16
designers
Cannabis company looking for a new logo for its products
US$ 899
Cannabis company geared towards connoisseurs. Want logo to evoke modern eleegance
228
entries
102
designers
Who wants to design the logo for an Independent pharmacy to compete against big retail chain stores?
299 $
Retail Independent Pharmacy. Friendly neighborhood pharmacy that delivers the prescription at no cost.
15
entries
7
Designer