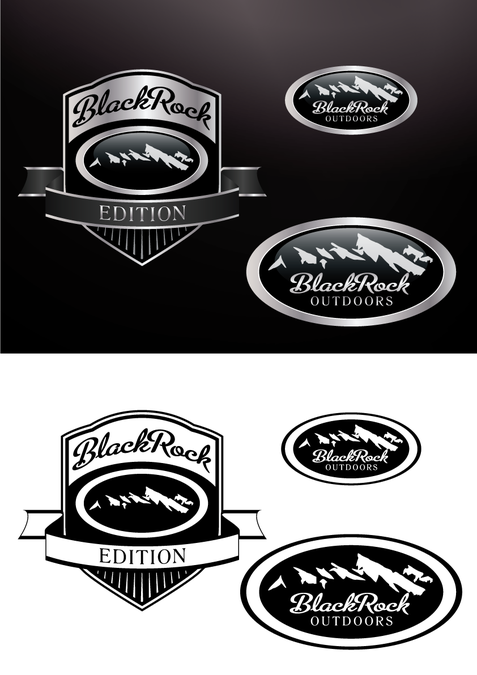 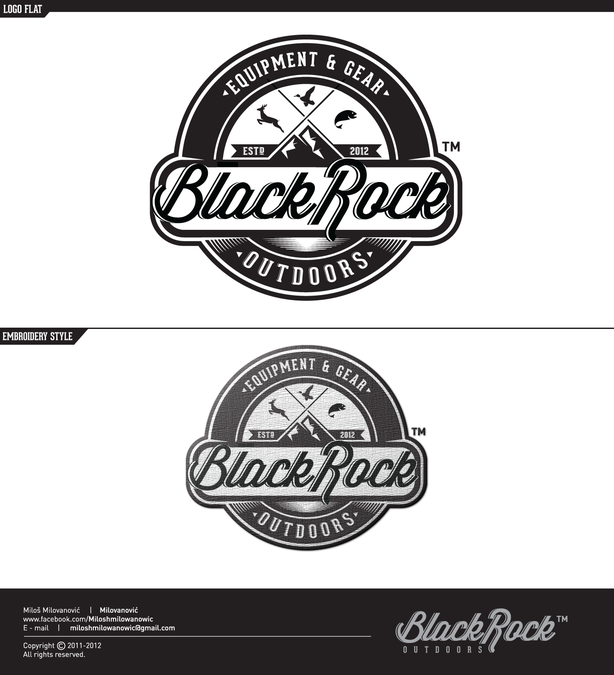 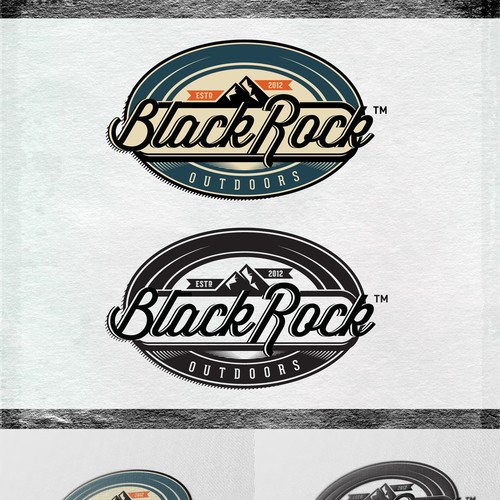 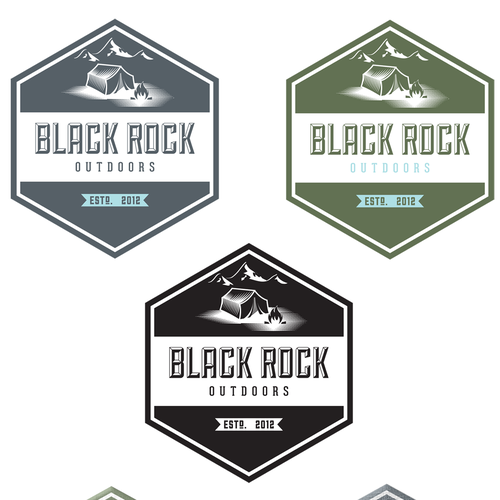 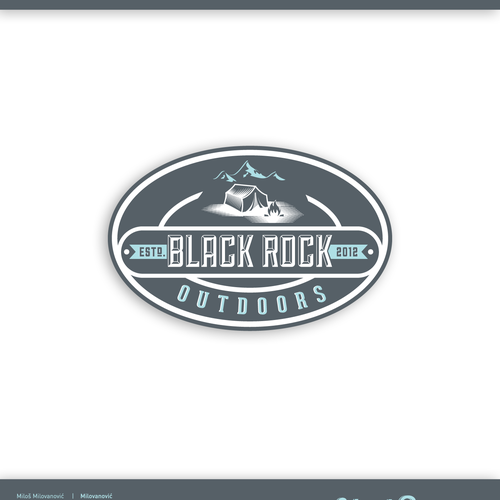 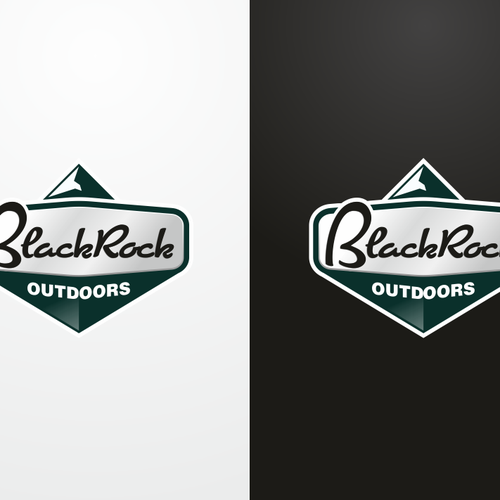 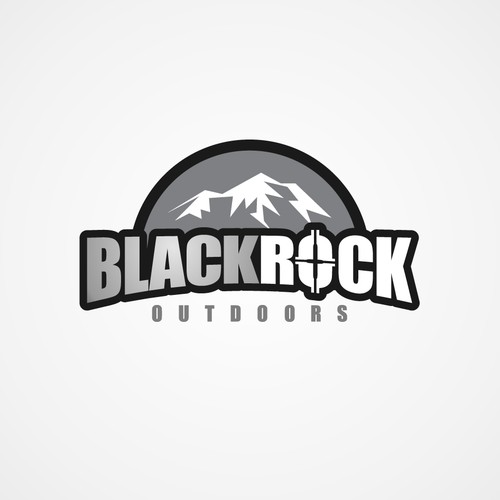 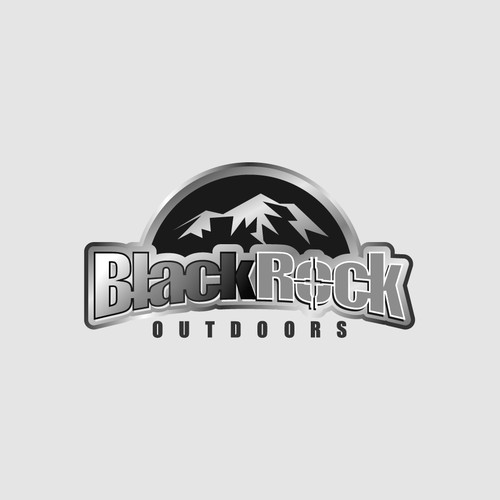 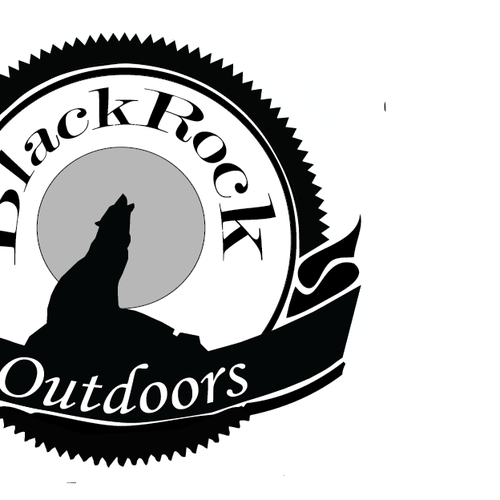 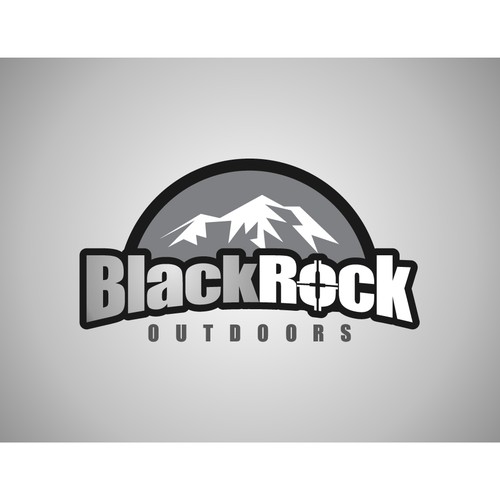 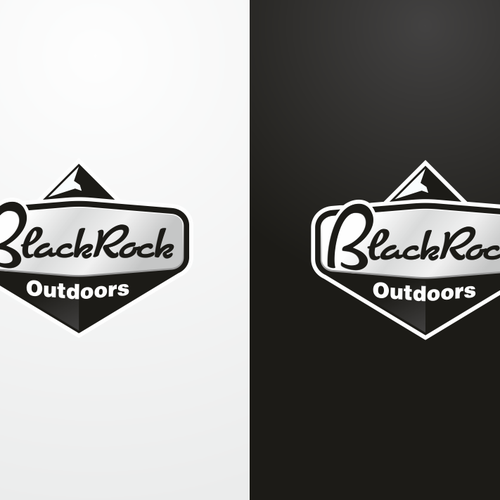 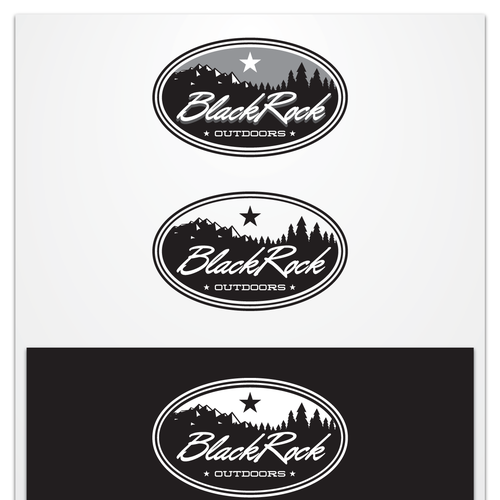 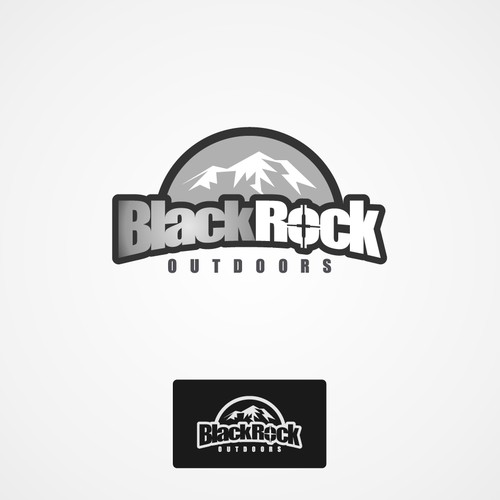 I am looking for a logo to go along with my recently trademarked business name, BlackRock Outdoors. The existing trademark consists of standard characters without any particular font or style.

BlackRock Outdoors will be a retail store and online retail store featuring outdoor recreational equipment and gear. Equipment ranging from boats, snowmobiles and ATV's to fishing and hunting equipment.

Additionally I envision the BlackRock brand being applied to existing outdoor products as a "BlackRock Edition" that will convey a certain look, image and higher level of quality than the standard product of the same. (Think Eddie Bauer Edition with Ford)

Matte finish, (often in black matte) is going to be incorporated as a trademark look into BlackRock Edition products and I envision this matte finish being incorporated into the logo.

My target audience will be outdoorsmen and women and their families. They will be hunters, fishermen, campers, hikers, boaters, powersports enthusiasts, ect.

The logo should convey an image of strength, quality and reliability. The logo will be used heavily on merchandise and must look good as a vehicle window sticker on the back of a pickup truck as well as wrapped around the side of a can cooler. Much of the initial marketing for BlackRock outdoors will be through these merchandising avenues which means the logo MUST look 'cool' enough to stick on the back of ones truck or t-shirt even if you've never been to BlackRock Outdoors.

I think I like the idea of an emblem the most but am open to any ideas.

Ideally, I'd love to see an emblem logo that somehow incorporates a BlackRock related icon that could be separated from the emblem and used independently for branding on Merchandise.

I am envisioning 'BlackRock' being more prominent than 'Outdoors' within the logo.

I am open to any and all ideas so if you feel you have an idea for a great logo for BlackRock Outdoors that doesn't necessarily fit my aforementioned criteria please feel free to submit it. I will try to be very interactive during the contest to help you to be successful.

Here are some logos of similar/related business that are emblem style which is what I am leaning towards.

Comienza ahora
Geometric Brandmark for Handmade Cutlery
AU$ 399
Product: handmade Japanese chef knives, cutlery. Target: Home cooks, chefs.
163
entries
46
designers
Cannabis company looking for a new logo for its products
$899
Cannabis company geared towards connoisseurs. Want logo to evoke modern eleegance
228
entries
102
デザイナー数
All is Well
USD 499
CBD products based in the Bahamas, fresh Island vibe for all different products from lotions to smokeable products
157
entries
56
diseñadores
Design a abstract supplement label to appeal to women
399 CA$
80% Women and 20% Men. Ages 25-60 Most targeted in the United States & Canada Income of $40,000-$100,000+ Our main tar
89
entries
23
Designer
Cute potato logo that kids will love
USD 299
The Pride Potatoes represents a community of young lgbtq kids who are learning to be confident with who they are. My tik
100
entries
32
diseñadores
The Sweetest Little Shoppe in Town
399 CA$
We sell artisan chocolate and confections from a little seaside village, focusing on quality, sustainability and communi
59
entries
8
diseñadores