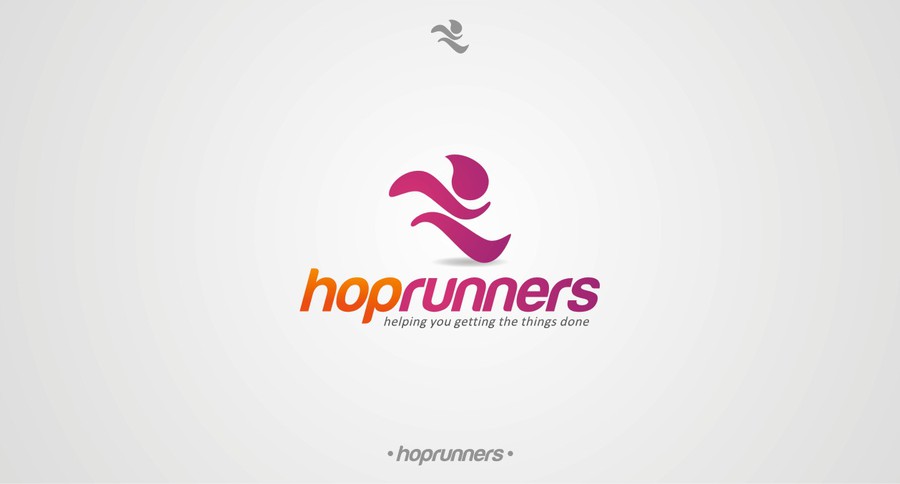 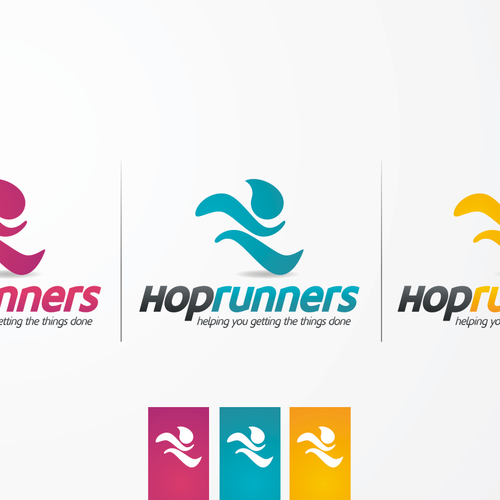 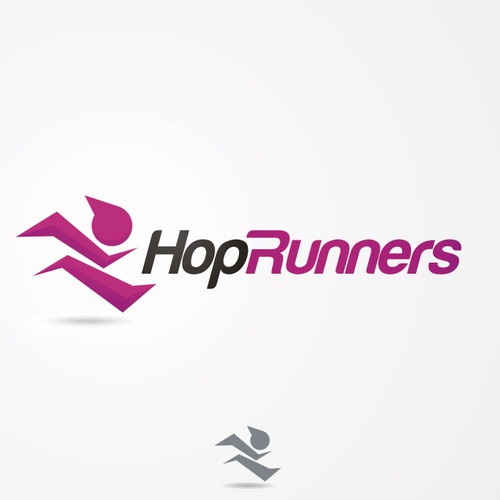 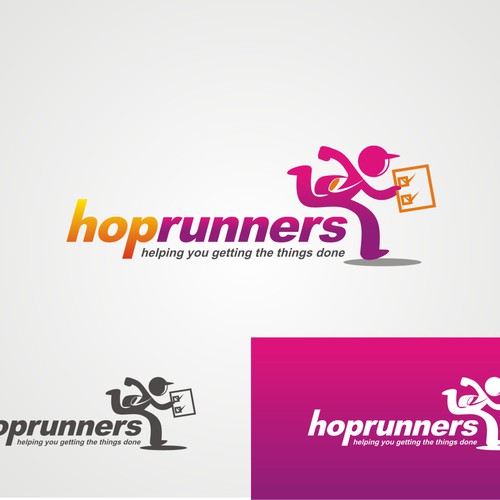 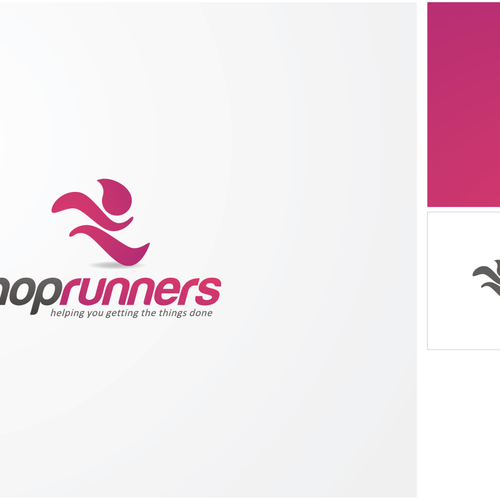 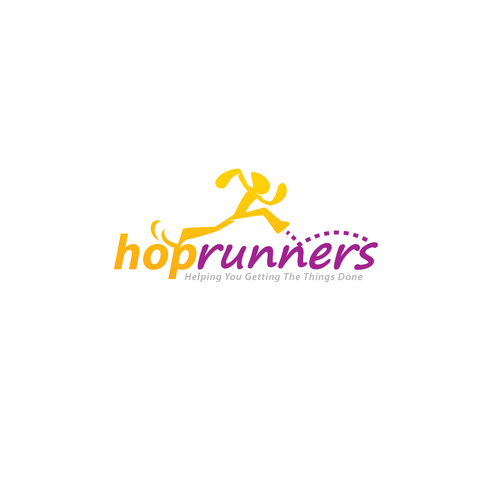 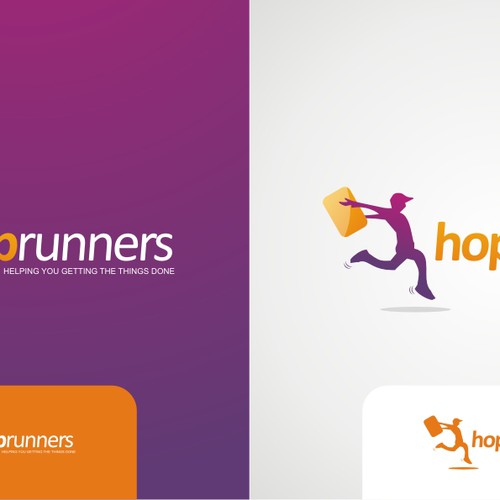 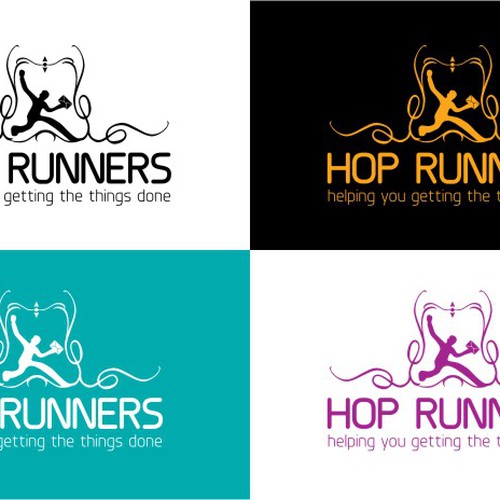 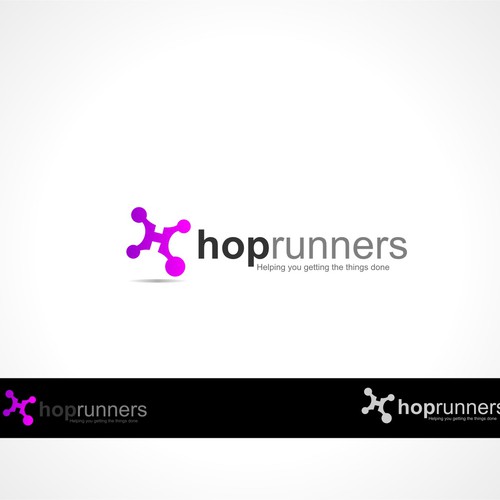 Hop Runners is an online marketplace for local task and errands.
People can post tasks on the hoprunners' website where a community of "errand runners" can bid for the task. The customer then review the bids, chooses a runner and the runner complete the task. Tasks can vary from personal or virtual assistance to courier service, furniture or food delivery, house chores, donation pick up or just about anything.

"Hop" means: "Jump lightly, Move quickly from one place to another" and runners are the errand runners. I want HopRunners to be known as a quick service which customers can count on.

The target public are busy workers, elderlies and housewives. The runners might be students, unemployed or retired.

the slogan is: "Helping you getting the things done". (not necessarily to be part of the logo).

The service will be based in Australia and my first idea was to use a kangaroo as part of the logo. I'm not sure if I'd match the idea, though.

Other idea was to have 3 characters such as: a young female executive, a delivery boy and a handy man who would pass the
idea of the versatile runners' community.

Not to be stuck to these ideas, though, every idea is welcome.